Talk about the mods or features you'd like to see in Daggerfall Unity. Give mod creators some ideas!
Post Reply
7 posts • Page 1 of 1

Hello, everyone!
I've seen how much progress has been done in my absence and I am so impressed! In this topic I want to share some of my thoughts on Vampire Clans and how to make them truly unique. It seems that it soon should be possible to implement, I certainly hope so!

I love vampires. I love them as enemies, they are menacing, strong, cunning and a whole lot of fun to fight, when done properly. I especially love games which allow you to play as a vampire. Vampire: The Masquerade — Bloodlines comes to mind, but let's face it, no other game comes close to it and the game itself is a bit of a mess at times. But what else? TES games with mods always give you the best experience playing as a vampire. They also provide absolute freedom, unlike VtMB.

I've had so much fun in Morrowind with Vampire Embrace mod, which allowed you to seduce mortals, feed on their blood, create thralls and embrace vampires. There were so many possibilities in the mod! To this day, I think Morrowind vampires provide some of the best experience combined with this mod. Unholy Darkness for Oblivion came very close, also had so much fun with it. And finally, Better Vampires and Dawnguard DLC fix Skyrim vampires for good. Dawnguard is actually a very sweet expansion and even radiant quests in it are quite fun.

But back to the topic at hand. This is not about revamping Vampirism itself, which I think should also be done at some point, and I have a few ideas as well. This topic is about factions though. What's the point of clans, if they are all the same? Bethesda clearly was inspired by the World of Darkness when they came up with idea of clans, unfortunately, they didn't take it anywhere.

What I propose, is to make every clan unique. They will still share common traits and quests, but each clan will have special bonuses and extra quests available only to this one clan. They will also have their own history, personality, culture, etc. I've also attached a Daedra Prince to each clan, whose personality and domain is closely related to them, but I don't think this connection is very strong, it's more of an inspiration.

Once you’ve been embraced, you can’t change your clan and other clans will most likely hate you, but you have an opportunity to build a good relationship with your clan.

At first, they will treat you like garbage, but if you will prove your worth to them, they will grant you new home and many services.

But if you ignore your clan or provoke them, they will consider you an enemy and will try to eliminate you.

Visually, I propose to make eye color change depending on the clan. This way, player would easily see the difference between attacking vampires and what clan they belong to. It also helps visually differentiante the clans, when they have different color associated with them.

Here is my vision for all the clans:

• Anthosis – is a clan of Dervish Mystics, influenced by Hermaeus Mora. This dervish clan has claimed the territory of Alik’r Desert and nearby lands. These vampires are obsessed with knowledge and protection of their secrets. Have green eyes, the color of Hermaeus Mora. 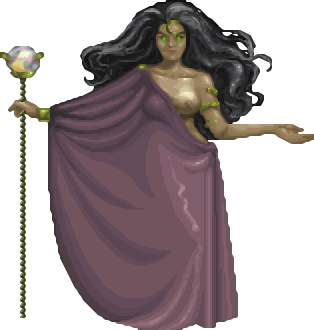 • Garlythi – is a clan of insane gypsies, influenced by Sheogorath. This insane clan resides in northern regions of High Rock – Northmoor and Phrygias. Not easy to understand, they group together and share their madness with each other, though some prefer isolation. The clan pays little attention to your actions and gives the craziest quests. Have purple eyes, the color of madness. 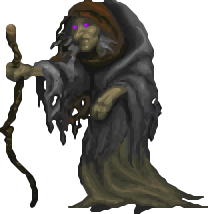 • Haarvenu – is a clan of wild animalists, influenced by Hircine. This beastly clan has settled in the central regions of High Rock. Closer to werewolves in their behavior, they have attunement with the wild world. Have orange eyes, the beastly color. 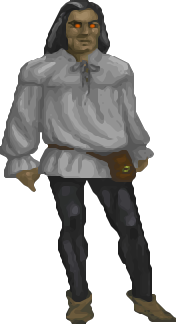 • Khulari – is a clan of brutal warriors, influenced by Boethiah. This mighty clan has captured the territory of Dragontail Mountains and nearby lands. These are mighty warriors, who love a good fight and prefer to completely dominate their opponent in combat, rather than plot schemes. Have bright red eyes, the color of fury.

• Lyrezi – is a clan of dark warlocks, influenced by Namira. This vile clan has grasped large territories in the eastern High Rock, including Wrothgarian Mountains, Orsinium, Isle of Balfiera and others. They are mighty warlocks, with great powers of destruction. Have white eyes, the color of terror. 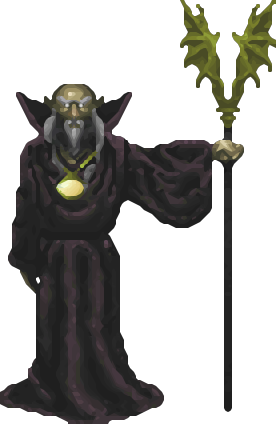 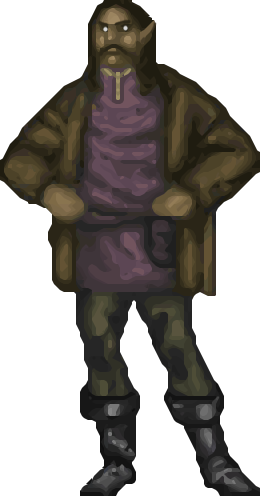 • Montalion – is a clan of sensual connoisseurs, influenced by Sanguine. This charming clan has seized the lands of Wayrest and nearby regions. These vampires are very charming and elegant, seduction is their art. Have pink eyes, the color of hedonism.

• Selenu – is a clan of deadly rogues, influenced by Nocturnal. This shady clan took control over Sentinel and nearby lands. These vampires are masters of stealth and prefer to hunt their prey in the dark, rather than use seduction or charms. Have dark red color, the color of twilight. 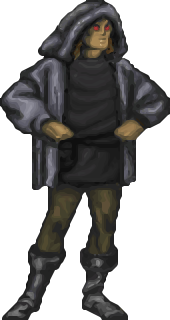 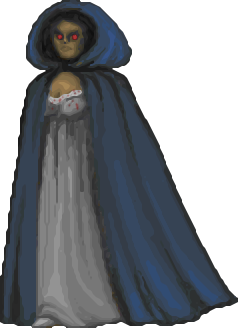 • Thrafey – is a clan of Decadent Necromancers, influenced by Mephala. This dreadful clan has gained the power in the central High Rock, in the lands of Daenia, Dwynnen, Ykalon and Urvaius. These vampires are masters of necromancy and constantly use undead to do their bidding. Have cyan eyes, the color of undeath. 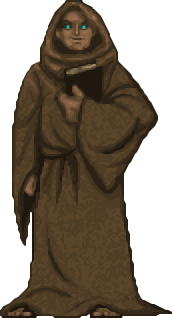 • Vraseth – is a clan of assertive rulers, influenced by Molag Bal. This powerful clan rules the lands of Western High Rock, including Daggerfall. They are masters of mind domination and easily turn mortals into willing slaves. Have blue eyes, the color of Molag Bal. 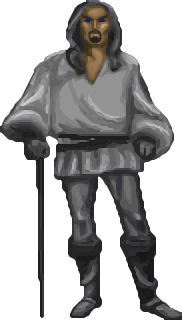 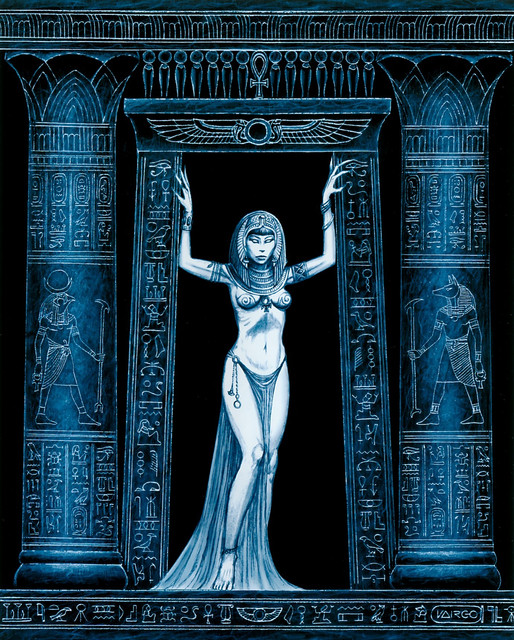 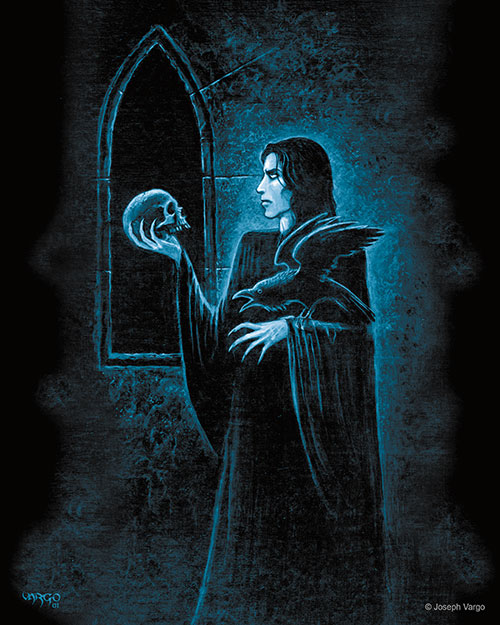 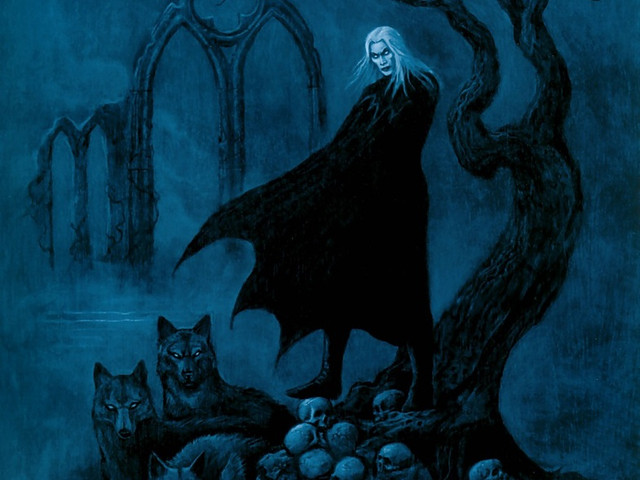 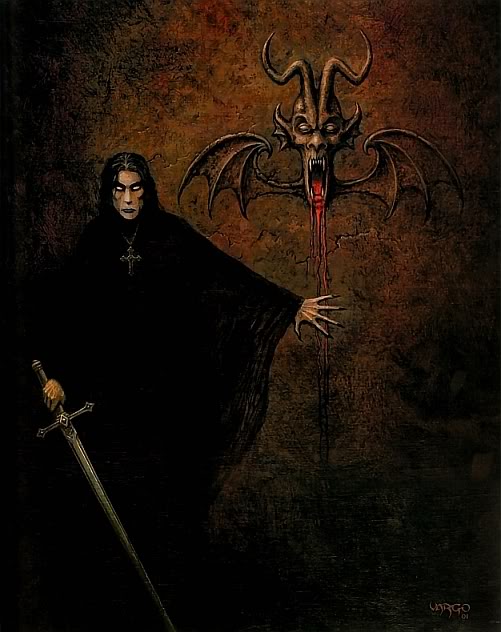 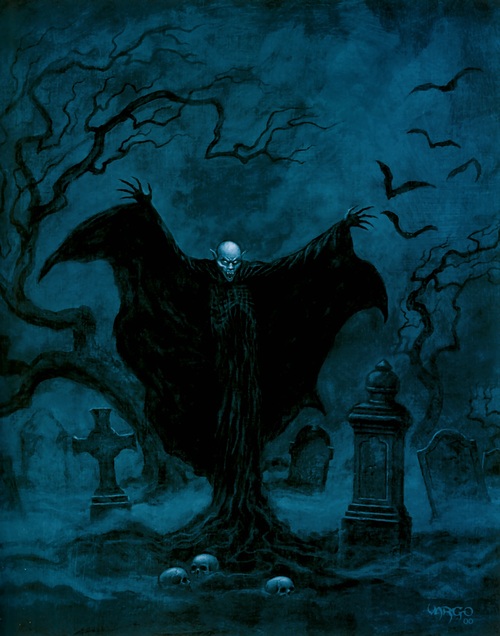 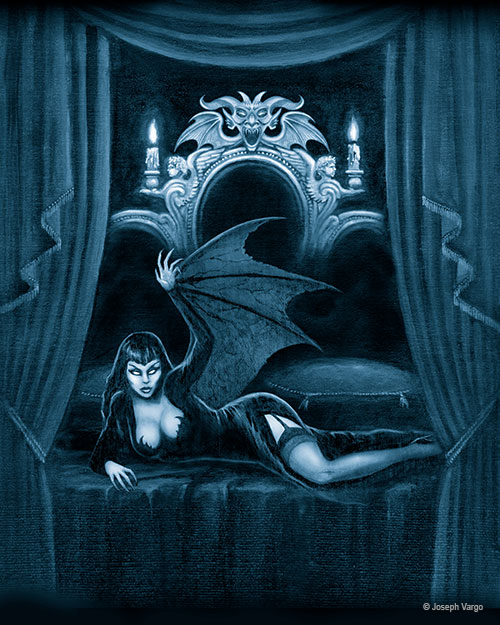 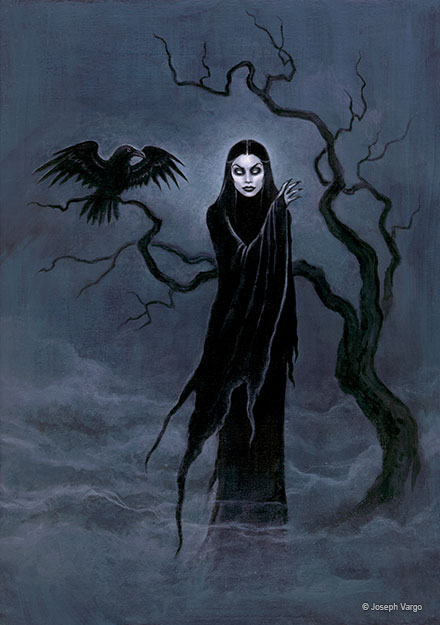 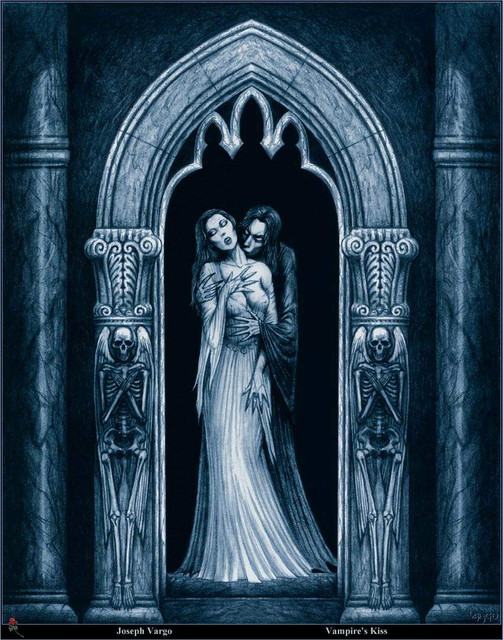 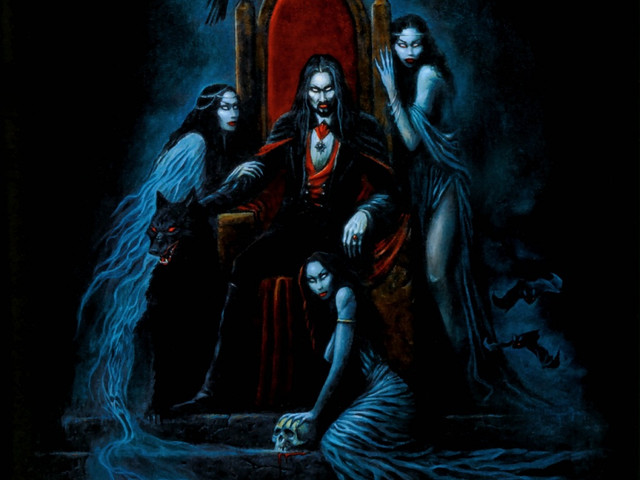 P.S. Nothing is set in stone, it's just ideas right now. I've tried to take into account what regions does the clan occupy, when thinking of what role fits them best. I've also thought of potential gameplay mechanics, each clan might bring into the game. Finally, a lot of inspiration is taken from the World of the Darkness, of course!

Can you guess which clan influenced which the most?

This sounds like an awesome mod idea and I would love to see it happen. Maybe the player can also help one of the clans fight for territory and help defend there's as well, like a turf war. I would also like to see a ranking system like the guilds have. I also love vampires and it's a shame that most vampire media is bad.

Edit: I have another Idea. Instead of changing eye color, how about you change the color of the clothing.
Top

The amount of work you've put into this looks fantastic. I really do like it.
Farewell DFU community! My time here has been a joy.
Top

Edit: I have another Idea. Instead of changing eye color, how about you change the color of the clothing.

There are many reasons I chose eye color. First of all, it is not uncommon for vampires to have different colored eyes, even in TES. Second, the eyes show difference in bloodlines, not just faction allegiance. After all, blood and clan are most important for vampires, above everything else.

Third and perhaps the main reason is the implementation. It should be super easy to recolor existing sprites and then I'll see if what I want can be achieved with a few scripts. I think it should be possible, just to replace existing sprites based on some conditions, like the region or faction, etc.

Plus, it would work in all situations. Clothing can be different for NPCs and quest characters, also there is player's equipment. But eye color can be the same for all vampires of the clan, no matter what they wear.
Top

Whatever happened to this? I like the idea a lot. Here are some ideas;

Guild houses, one in each major capital city for the clan of the region. Obviously hidden, maybe with some guards to slay non-vampires that stumble on it, or enemy clans. Maybe remove a mansion from the bank store and make that the guild house, just to make sure it's not already occupied by something.
Should have a variety of services, like a spell vendor/maker, a general store merchant (basically just to sell loot and repairs items, but could also sell some vampire specific stuff, like books or whatever), a guild master so quests aren't random letters, daedra summoning (the one specified by each clan), a prisoner to feed on (basically click to reset vampire feeding timer), and then a few generic NPC's for talking to, like in your images.
Become an ancient with max rank.
Remove the regular disease contraction from vampires, make vampirism 2%.

I would suggest altering the bonuses for a vampire;

Disadvantages could be pretty much the same. Perhaps Low tolerance to Fire damage (perhaps critical, but don't want to be nuked to death instantly and making it completely not fun to play with how NPC's cast spells), sun damage until ancient, always take damage from holy places.

A rough idea of what the new clan spells/abilities could be;

Basically wanted to limit it to one offensive spell and one defensive/support spell, but some exceptions (like Khulari) for flavor and playing to their strength in the descriptions.

I would consider integrating the mod https://www.nexusmods.com/daggerfallunity/mods/67 which lets you make some adjustments to how vampires work.

I'm not at all familiar with how Unity works, and how you would go about changing Daggerfall to do all this, but I would be interested in helping work on it.

Also, as I play, I notice some things that could be changed as well;

Sun Damage isn't very high and not much of a problem in vanilla it seems. I would say up the damage to maybe 40% of max health every few seconds, basically killing you in 3 ticks. Would make it dangerous enough while also giving people some time to find cover. Maybe cloaks with a hood could be altered to reduce the damage to 25%. Holy damage could be slightly less severe, but still not a place you want to wait around in, or maybe the same... guess it depends.
Top

As usual, lack of modders/content creators to take it up. But, it is great to still get these ideas down. Thanks for sharing.
My Daggerfall Mods: l3lessed Nexus Page

only addendum id make would be the Daedric Prince stuff as the lore post Daggerfall is more concrete, that bringing it more into the fold via Vampires being a Molag Bal creation would make more sense, i dont think Molag would take too kindly to his toadies hes responsible for going off and doing things in the name of a different Prince, No affiliation would be fine but i guess if its noted that some of them do it in direct spite of their affliction it makes more sense imo to side/help/worship with a different prince..
Top
Post Reply
7 posts • Page 1 of 1