Show off your mod creations or just a work in progress.
Post Reply
187 posts

When it comes to the artwork, it can be as large as you wish. It does not need to fit within the traditional sprite/engine limits. I can rescale it down within the engine itself. I do like this style for the traditional engine/game without any mods/hd graphics, and I would like to provide it as an option.

However, don't hesitate to make larger, HD versions, if you wish to. This would be nice for players like me, who like to install mods and HD graphics.

Also, if you give me higher resolution shields, I can more easily mess with their sizing without worrying about pixelation.

Pretty much on spot of what I was already thinking, other than differentiating between parry bucklers and larger shields for hiding behind.

One small difference though, I do not want a automatic stun/freeze on the player blocking. This will lead to easy block abuse, by players just blocking and waiting for the enemy attack and then hitting back. It will reinforce a really boring play style.

So, all shields will provide a small push back on the enemy when they hit you (Simulate the natural recoil of the enemies momentum/force hitting your shield). This will create enough spacing, it will allow you time to decide how to react and stop enemies from easily spamming you with endless attacks without any opening, but it won't allow for easy block/attack cheese dynamics.

The Targe (I think thats the name of the smallest shield) and the buckler will have only timed blocked with a connected enemy stun to simulate the smacking of an enemy. As a result, yes, it will be the fastest raising and lowering and have the largest timed block window, followed by the round buckler. I'm thinking, possibly put a small delay at the end of the block, and if the player pushes attack, it will allow them to do a very quick shield bash for damage and interrupt enemies attacks.

The Kite/Tower shield will be hold-able with a small knock back on enemy hitting you, with kite shield doing the most knock back. Both will also have a small timed block window that will do a small amount of damage to simulate an exceptionally well placed block. Fighters would continually use their shields in fights, including large ones, and at times, would even get in good body/head hits while blocking with their shield. As an example, a fighter does a top down swing and the defender sees him preppering for it, so he would get into a defensive position that would allow him to deflect the sword with the shield and hit the attack with the shield as the defender follows through on his shield block; at that point, you can lower your shield and continue the attack or stay in defensive position.

Long term goal would be to make the tower shield placeable, so you could create your own barrier for ranged enemies or other formation type defences, like they were used in real life. This may never happen, but an idea right now. It would require creating a shield object and associated artwork, giving it physics in the real world, and then building the script to place it and retrieve it.
My Daggerfall Mods: l3lessed Nexus Page

@l3lessed
It looks like the image is set to Bilinear filtering in engine, I'd recommend changing that to Point (no filter). 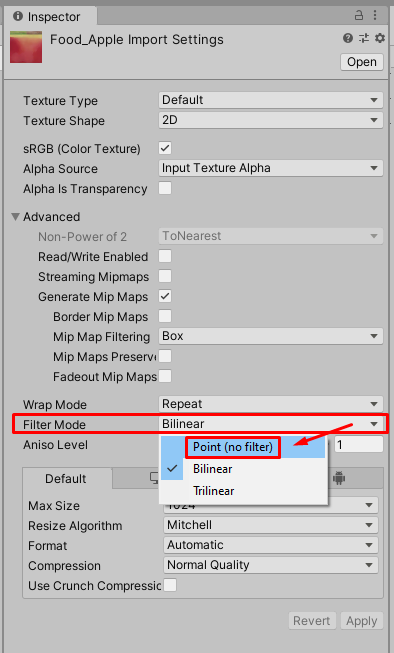 rgr, thank you for pointing that out OlGimpy. I'll check that.
My Daggerfall Mods: l3lessed Nexus Page

Any chance of a texture for the tower shield and buckler square variation?
My Daggerfall Mods: l3lessed Nexus Page

Wrapping up shield module this coming week with compatibility patches, probably a few mod setting updates, and adding 1 more frame to traditional animation mode to match 5 frame (3.0 accidentally has it set at 4 frames).

Then on to Parry module for offhand weapons, damage/armor rework, and then first compiled release. Want to throw together a easy, quick web-page for release too.
My Daggerfall Mods: l3lessed Nexus Page

Should have all of the shield types and material variants done tonight. Damage states might need another day or so depending on how much steam I've got left in me tonight.

Oh, nice, I'm sure all the mod users will be super excited to see this. I can't wait to see your amazing work. I could never make these pieces this great, so again thank you.

I'll have to setup a second script file now to handle all the texture variants. This needed to be done anyways, as the natural next step in the animation system/manager development.

Once I release combat overhaul, I may move my attention towards first person 3d weapons and how to get them setup in unity. If I could get a modeler to give me a rigged model with animations, I don't think getting them to appear in game would be insane. However, getting them to actually work would require completely rewriting the weapon manager and fpsweapon script, since so many scripts and objects are dependent on the fpsweapon script, including the weapon manager.

The good news, because of my work on the weaponmanager script for combat overhaul, I already have the weapon raycast/hit detection arc system setup for aligning the weapon animation with hit detection and controlling the animation state. So, that is one of the harder parts already done.
My Daggerfall Mods: l3lessed Nexus Page

how to install this exciting mod?

This is not a mod. This is a complete rebuild of the weapon management system, including its render/animation system, to allow these custom features.

The current modding system does not allow enough access for me to do nearly what I have done.

As a result, if you really want to play this as a pre-release, so you can give feedback on balance and track any bugs you find, you need to download the full uncompiled version and load it into unity editor.

I'm waiting to release a full compiled version until I finish my parry features module/expansion, and do one last pass on the animation system. Then throw up a quick release web page and drop it to the public.

Until then, the cost of using the developer version is having to compile it yourself and report any bugs you find/balance issues you see. I believe there is directions on how to do this in this thread a few pages back some where. Also, the link to the full build is right on the first page, under the first post.
My Daggerfall Mods: l3lessed Nexus Page

I really dig this project, I think because its not a simple to use DFMOD it doesnt have the attention it deserves, thats understandable. Just wanted to let you know I think your work is amazing