Show off your mod creations or just a work in progress.
Post Reply
48 posts

Its going to be part of Warm Ashes as a module for Wilderness Locations. Dynamic quests will have a possibility of being created at these places. (Captured merchants/children, sieges at bandit encampments). This will also be the heart of the siege mode where players can find camps of Daggerfalls army for an example to join and get certain quests like sieging a castle (With a supporting army) to capture nobles and kings, or even attack city towns.
Top

MAN !!!
You are getting too awesome, tone it down a bit...
Check out my YouTube Channel!
Top

Haven't posted here in awhile. Might as well. Check out these new city guards for VIO.
Sporting new threads to represent knights of Daggerfall. 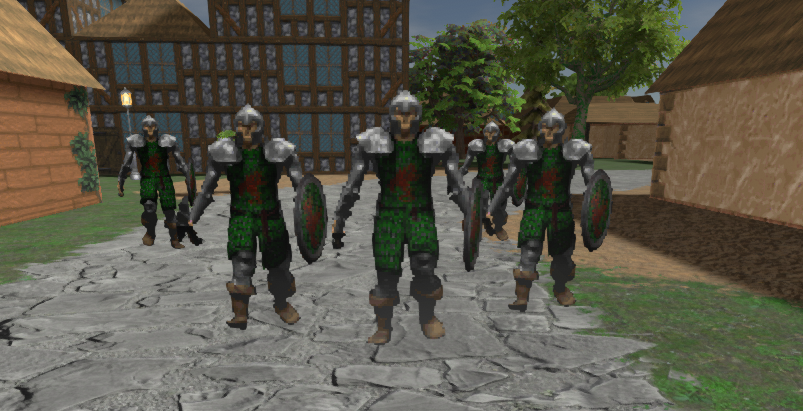 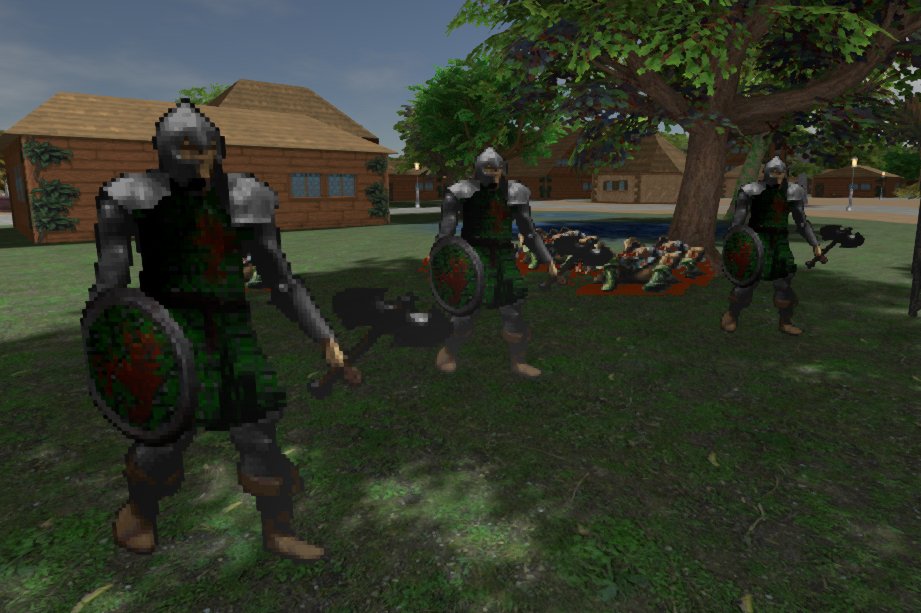 Is that the old version of the trees ?
Check out my YouTube Channel!
Top

Kamer wrote: ↑Fri Jan 15, 2021 12:13 am Haven't posted here in awhile. Might as well. Check out these new city guards for VIO.
Sporting new threads to represent knights of Daggerfall.

If a picture could speak, these ones would most definitely shout "Halt!"
Love the idea!

Kamer... you absolutely rock!
This had to be said.
Top 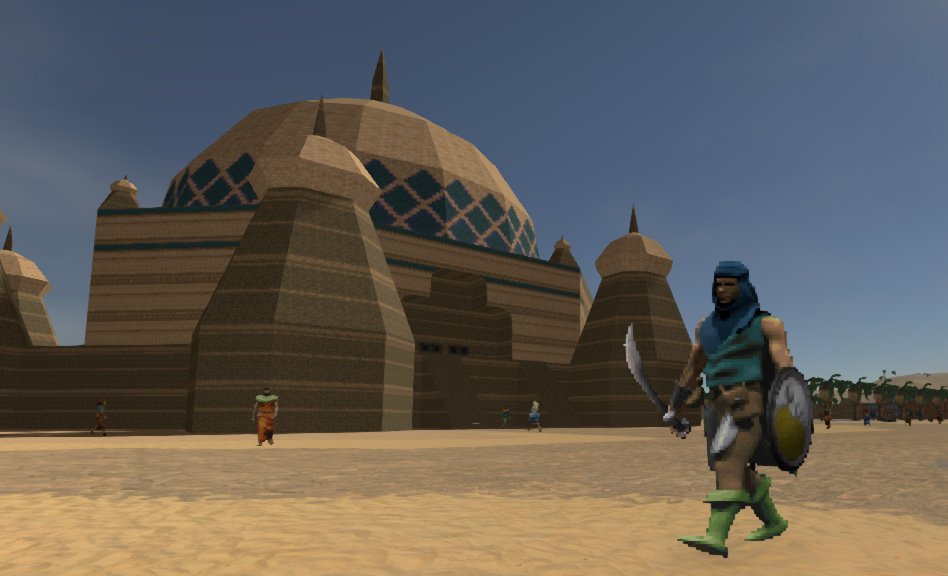 not really related to what your mod does, but it would be nice to have sentinel guards shield,or different armor parts from those new guards
Top

Wilderness NPC/Events WIP for me C# version for Warm Ashes.

Those who are known as criminals under the law know they must stick together if they are to survive. Lives of Raiders adds raiding farms into the game. When a player enters a farm, there is a chance that a bandit party is nearby recruiting known criminals for an assault on the plantation. A battle will ensue. As a non-criminal, expect bandit raids as well. Failure means the destruction of the farm. Other raids can happen as well such as Orc and Giant raids.

While this is the main part of the mod for now, the future will have quests revolving around criminal activities such as kidnapping, smuggling, and ransom. These are still in the works, but I felt it will be okay to test the waters with the farm raids and get feedback.

Adds Bounty Hunters to the game to track down and take down criminal players. Guards may not care what your history is, but these guys do. They will track you regardless of region to retrieve your head for gold. So be a good boy, or there will be hell to pay.

-Adds Bounty Hunters to the game.
-Crimes committed in other regions will still follow the player.
-If he finds you in a City, or a Tavern, you have a chance to hide

We've all been there when we first played Daggerfall. We find a weapon shelf in a dungeon and think we can loot it. Disappointment ensues. This mod makes those containers lootable. When you interact with the object, you'll roll a chance to find loot. Luck increases your chances. When you enter a Dungeon area, a random loot amount for those containers are set. As of right now you can technically keep trying to loot a single object until you get something. Looking into how to change that in the future.