Show off your mod creations or just a work in progress.
Post Reply
141 posts

I've been away from DFU for RL reasons and have totally lost track of where we're at (well you, I've done naff all) with compatibility with TO and roads... hoping to get some time during the xmas break so should be able to make any changes required if you tell me what is the state of play here.

Sorry for losing track.
See my mod code for examples of how to change various aspects of DFU: https://github.com/ajrb/dfunity-mods
Top

Hi,
I noticed some issues around boats with 0.5.2
Alone: 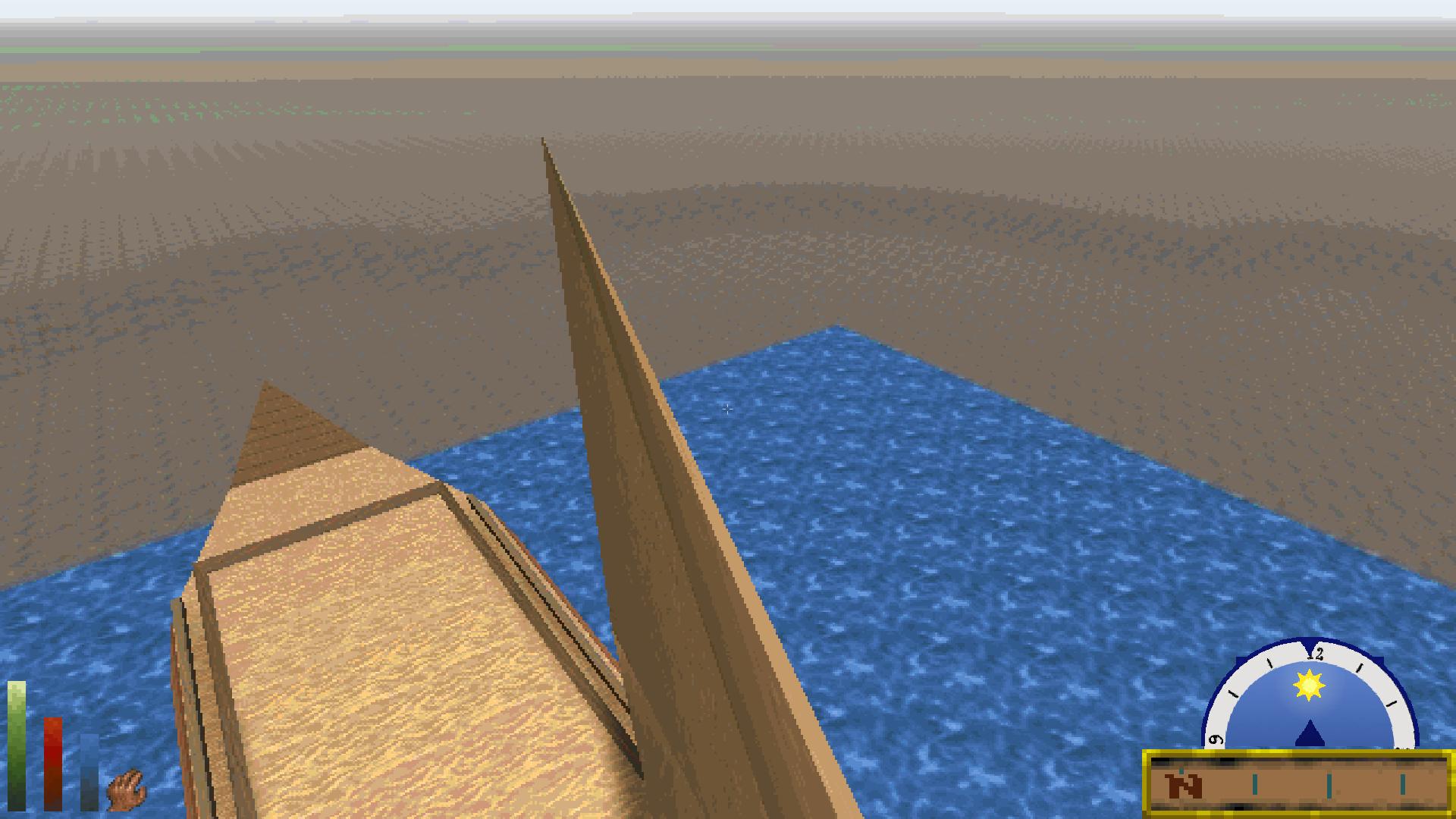 Along with Basic Roads: 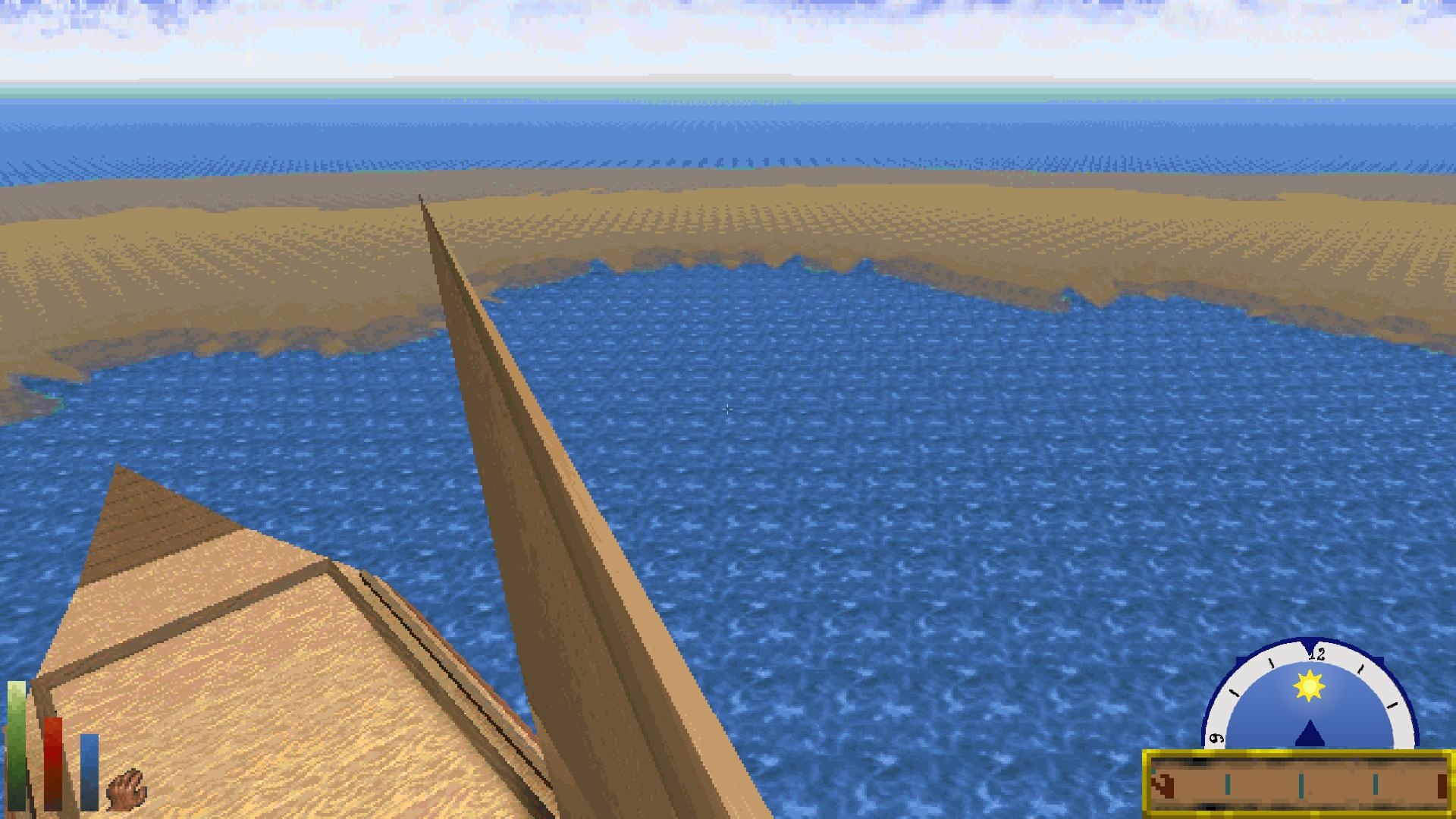 Hazelnut wrote: ↑Thu Dec 10, 2020 9:15 pm I've been away from DFU for RL reasons and have totally lost track of where we're at (well you, I've done naff all) with compatibility with TO and roads... hoping to get some time during the xmas break so should be able to make any changes required if you tell me what is the state of play here.

No problem at all - I've barely been doing anything lately, also for RL reasons. Also, hence the late response - apologies for that.

I've been working on smoothing the terrain along the roads, after it finally dawned on me how the road network is generated from the byte array. It's been challenging when it comes to roads that run through steep mountains due to the straightness of the roads (in "real life", the road would either spiral or zig-zag along the mountainside), so I decided on a trade-off allowing for occasional unnaturally steep road segments; they're not so steep that the player enters climbing mode, so they're technically walkable roads. I feel like this will be sufficient for the scope of Basic Roads. I'm still working on the final touches.

As for your end, it's still sufficient to implement the code changes I proposed earlier on. And as for load order, I've managed it in a way so it doesn't matter; if Basic Roads is loaded, my TerrainTexturer is never applied.
Top

Thank you for pointing it out

I've been able to recreate the issue. The boats are placed in the far bottom-left corner of the map, where my algorithms appear to be misbehaving. I'll work on an override for that section of the map.
Top

This is very interesting. There are a couple of terrain features in DFU that bother me. One of the big ones is that coastal cities could be thousands of feet above sea level and that population centers, in general, would be above the prevailing terrain. Towns cites, villages, etc. need a source of fresh water. Being thousands of feet above the water table and well above where a road could easily reach makes no sense. Could you for instance put the city of Daggerfall in a river valley?
Remember always 'What would Julian Do?'.
Windows 10 Pro 64 bit. DFU Ver. Alpha 0.10.7
Top

When I run Interesting terrains O.5.2 with Basic roads, all water bodies outside are turned to the solid ground.

Is that a known issue? Also, is that a issue of Interresting terrains or Basic roads?

I love the terrains, but this is a bit of a problem.

Also when you exit the 1st dungeon Privateers hold, the dungeon exit is now located in a small lake, but I dont think it looks spectacular because the inner island is just a square. Is that a accidental result or a hand made? Just want to bring this starting place to your attention, thank you
Spoiler!

Yes, the issues I first noticed around boats are not limited to boats, they're issues around water level in the latest released version (unless I missed a new release)
When a measure becomes a target, it ceases to be a good measure.
-- Charles Goodhart
Top

So I love this mod and it makes the terrain look so nice, however I have found a weird problem and I do not exactly know which mod it is that is causing it, however I thought I would post it here for reproduction purposes.

Using the following together:

makes a very weird what I can only describe as a one-way invisible wall just outside the city of Kambria in Kambria. If I disable any one of the mods above the issue is fixed, but using all three together has consistently reproduced the problem for me. You CAN pass said wall if you go the East enough, you can also go right through said invisible wall if you're going out of the city, but not going in the city. I am not aware of which mod would be causing the issues more but I suppose the terrain is just doing some weird stuff when I am using all three of these together in my loadout.

Sorry if this is the improper place to post this.
Top

I am currently working on a mod to place naturebillboards in a more meaningful way.
As part of this, I retexture the terrains. Some users of this forum asked me if my mod will be compatible with yours, but as it seems right now, it wont, since I use the terrain texture as a condition for placing naturebillboards and also certain rules such as tree lines in alpine areas.

It is possible to use your mods for the heightmaps and my mod for the terrain texturing and placement of nature billboards, but I couldn't figure out how you managed to texture steep slopes with rock texture. If I could implement the same feature, our mods should be pretty compatible from what I see.

Could you maybe give me a hint as to how you would access the terrain slope from within TerrainTexturing.cs? Or do you solve this problem in a different way? I tried to figure out how your mod exactly works, but your coding is far beyond to what I am doing.
Top

I just hope this is not abandoned. Btw, does the mod have some open source on git or anything, incase its really abandoned?
DREAM Nexus https://www.nexusmods.com/users/73250038?tab=user+files
DREAM Forums viewtopic.php?f=27&t=1168
DREAM FACES https://docs.google.com/document/d/1fRI ... sp=sharing