Show off your mod creations or just a work in progress.
Post Reply
2 posts • Page 1 of 1

Brings this popular character from the series to the Iliac Bay! 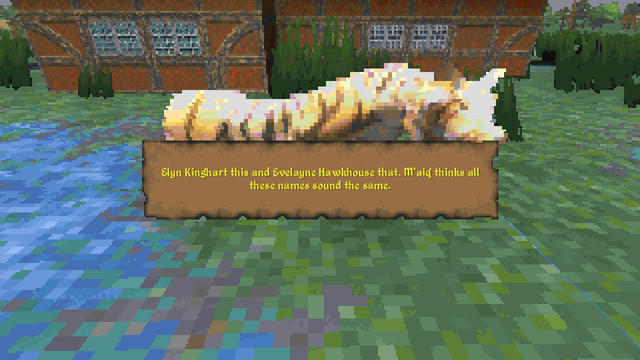 This is a pretty simple mod compared to the things I've done lately. Adds M'aiq (represented as Sabertooth tiger, as there aren't any Khajiit NPC sprites) as a rare random encounter. He only appears during the daytime. He says a random line of dialogue if you interact with him, and will disappear after 5-20 in-game minutes, or earlier if you attack him.
I wanna thank phantasmald over at the Daggerfall workshop forums, who contributed some dialogue for this mod!
I might update later if I come up with more dialogue to add.

Installation:
Unzip the file inside /StreamingAssets/Questpacks. If you're starting a new game, that's all you need to do, otherwise you'll have to open up the game console and type startquest MQ to start up the mod.

imsobadatnicknames wrote: ↑Mon Feb 01, 2021 5:04 am represented as Sabertooth tiger, as there aren't any Khajiit NPC sprites

I might could help out with this when I have some free time.
Top
Post Reply
2 posts • Page 1 of 1