Hey, I'd like to be able to use some of the later features of C#, but it seems like anything added beyond C# 4.0 won't compile. Am I doing something wrong with my installation or is this intentional?

C# 6.0 has apparently been available in Unity since 2018.1, so it should be usable unless there's a reason why the DFU package hasn't been modified to allow for the use of it?
Top

I'd say we can uptick this when moving to Unity 2019.x and linear lighting. That's a change I was looking at for December, but have moved this and a few other things I've been working on to 2020 so I had more time for reviewing PR backlog.
Top

Off topic, but I had to respond to:

Certainly not off topic. 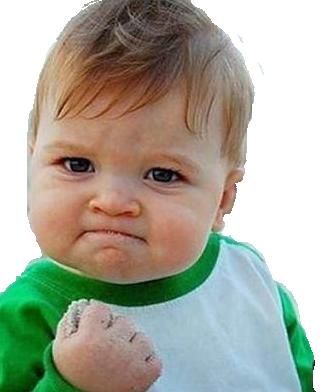 May I suggest choosing one of these options:

1. Only use LTS releases (https://unity3d.com/unity/qa/lts-releases)
LTS releases keep getting bugfixes far longer than other releases.
2017.4 (an LTS release) is currently still getting bugfixes, long after they stopped for 2018.2 (non-LTS)
In fact I've been having a lot of debugger crashes in 2018.2 that have apparently been long solved in 2017.4 and 2018.4.

2. Follow one behind.
When a new minor release is done the previous one will usually only get one or two updates after that.
So going to 2019.2 when 2019.3 is released gives you time while unity fixes the fallout of the changes they made. Then by the time they release 2019.4 the 2019.3 version should be stable enough to upgrade to.

3. Conservative
Follow one LTS release behind. When a new LTS version is released you ugrade to the previous LTS version.

4. YOLO
Just upgrade to anything anytime. For those that are in love with the unity support forums

I'm now waiting for 2019.4 LTS to drop before moving over. This will be the final engine upgrade for the foreseeable future, other than 2019.4.x point releases.
Top

1 and 3 make the most sense imho, possibly with more rapid progression when new useful language features come online. In a lot of scenarios you can write far nicer code in C# 7.3 (the current supported version) than you can in 4.0. The sooner you upgrade in this context, the less you need to refactor in the future.

For myself, I'm not nearly so sensible because I have a compulsive need to have all the newest stuff. I update to the latest Unity version pretty frequently for my own project, but do a bit of a sniff test beforehand to see how many issues people are having. So I'm still on 2019.2, but I'll probably move to 2019.3 within the next three or four point releases.
Top

It almost works, apart from some problems in DaggerfallFont.cs and TextMeshPro
Top

I don't have 2019.4 downloaded yet but I remember encountering similar issues with font and textmesh pro in other non standard builds. I think I recall solving the font issue by redirecting into local streamingassets folder, that was one font issue, then the other was redirecting to another font. For textmesh pro, I think I dropped down to version 1.3.0 using package manager. Just thought I'd add those suggestions in case you didn't try them.
Top

The 2019.x upgrade changes have been solved for a while. See minimum changes in my test branch here.

This upgrade surprisingly introduces no known issues to mods. Now that 2019.4 is out, I'll work this upgrade into release cycle. Some of the other pending changes post 2019.4 such as C#, .NET, and Linear lighting will happen later.
Top
Post Reply
11 posts