A curated forum for compatible and maintained mods. Users are unable to create new topics in this forum but can reply to existing topics. Please message a moderator to have your mod moved into this forum area.
Post Reply
1993 posts

I told it to use DREAM RESHADE - Prefer Looks.ini in all cases. It looks like it's enabled Bloom.fx, AdaptiveSharpen.fx, SMAA.fx, and EyeAdaption.fx. I have generally found that I don't notice much difference between having ReShade and not. But I know when I went from 0.10.24 without ReShade to 0.10.26a with ReShade, it felt like it looked considerably better, even though I couldn't point to anything specifically. (Toggling it now, I can see better AA and texture filtering when it's on, though the effect is subtle.)

I loaded a save file in town, then ran around murdering civilians and guards. In each case I went until I'd used 73 arrows. I didn't take any particular path, but I did stay near a particular shopping center while moving around. ReShade definitely uses the GPU more, but it's hard to really compare framerates since the game caps me to around 120 Hz even with vsync disabled. I'm clearly dipping to 115 or so from time to time (it seems to lag a little like it's loading a new cell as I run around evading the guards), but I think that's like 20 fps microstutter averaged out, rather than instantaneous framerate. Not sure what I could pull with no cap. I tried setting the target framerate to 300, but it seems stuck to my TV's refresh rate regardless.

Interestingly, my GPU usage goes down with the newer DFU and ReShade versions, though not by a ton.
Top

Ok thats good to hear, so it seems it might be based on some HW configurations, drivers or what ever. Thats good, relatively. Can u confirm videos play in 0.10.27 with reshade enabled please? What version of reshade u use?

Ps: my aim with reshade is not some bombastic difference in graphics, but a subtle mastering, in a same way good sound mastering is done. This way, its actually usable in any game situation, not just in one situation for a screenshot. Also, my latest reshade setup is only on my HDD now.. and here: 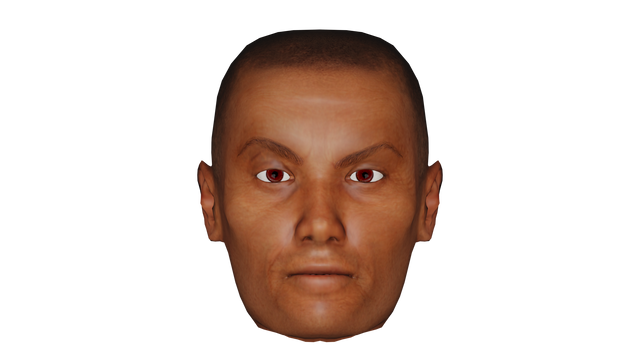 Interkarma's Workshop and the Bethesda videos play at the beginning. The death video plays. Starting a new game, the book in the castle room and the emperor's briefing both play.

Oddly, when starting a new character, the sound effect for selecting a race (the drums and so forth when you click the map, not the sounds for clicking yes/no) is very quiet and only comes out the left side. I don't remember it doing that before.

One weird thing about the ReShade settings (specifically, the combination of SMAA and FXAA) is that it blurs some of the text in a weird way. The console is a little harder to read, as is the text-based clock in Convenient Clock. Same goes for the info box in the inventory, and the menu for Outfit Manager. None of them are a huge deal, as I can still read them, but it would be nice if there was a cool way to reduce AA on text.

Anyhow, I may or may not get on here tomorrow, then I'll be away from the computer for a few days, so I'll catch up with the thread sometime next week.
Top

Thanks for the face man

So the videos play, what gfx card do you use, what drivers please? Windows version and build?

Yes Im aware the text can get a bit blurry, BUT the reshade is intended for gameplay so 1st) how the console looks is low priority for me... 2nd) I can live with some texts being 10% more blurred if the grass around the whole game is rendered better etc, its always about the tradeoffs. I think these are fullscreen effects so thats why it affects everything... but maybe it can be sorted laters.. everything can be improved.

BTW, have you created a hotkey in the Reshade, to turn it on and off? That will really show you what it does. I have it set on the END key. And HOME opens the reshade menu.

Have a look at those decent sunflares. Observe how it makes the sun look better, and the sunset/sunrise as well. And all the lights. And how the eye adaptation works in the dungeons... and during the day to prevent over-brightness to ruin the image. The technicolor making the colors less funky and more grim.. its all the subtle changes... check how the NPCs are more detailed, all the textures... yada yada... if u get used to it, theres no turning back

Index 7 means its 7th face in the set, right?

Got it, no worries thank you

Created another 10 new variants, this time from the female dress which u can see on the left. That is the only option you have if you dont use DREAM Paperdoll.. Thanks God these clothing are the same size for all 4 body types, this saves a lot of work, I just create 10 variants and than from these the rest (30) of the files for other bodies.
Spoiler!

Love the mod. Great work.
Is there any way we could get the loose files for some of the textures? I'm interested in modifying some of them.
Top

I'm running a Gigabyte Radeon R9 390 on Windows 8.1 (Version 6.3.9600 Build 9600). Catalyst Control Center says I did create a hotkey to toggle the effects, which made the differences more obvious. I set it to Insert for the menu and Delete for the toggle, since I use Home and End for editing textboxes. (I use Delete too, so that hotkey may change, but it works for now).
Top
Post Reply
1993 posts