by King of Worms
Added few lakes and compass from VMblasts map plus few minor corrections.
This is cca as far as I can take this map... maybe few small tweaks more
I think next step is testin g all the maps ingame
Spoiler! 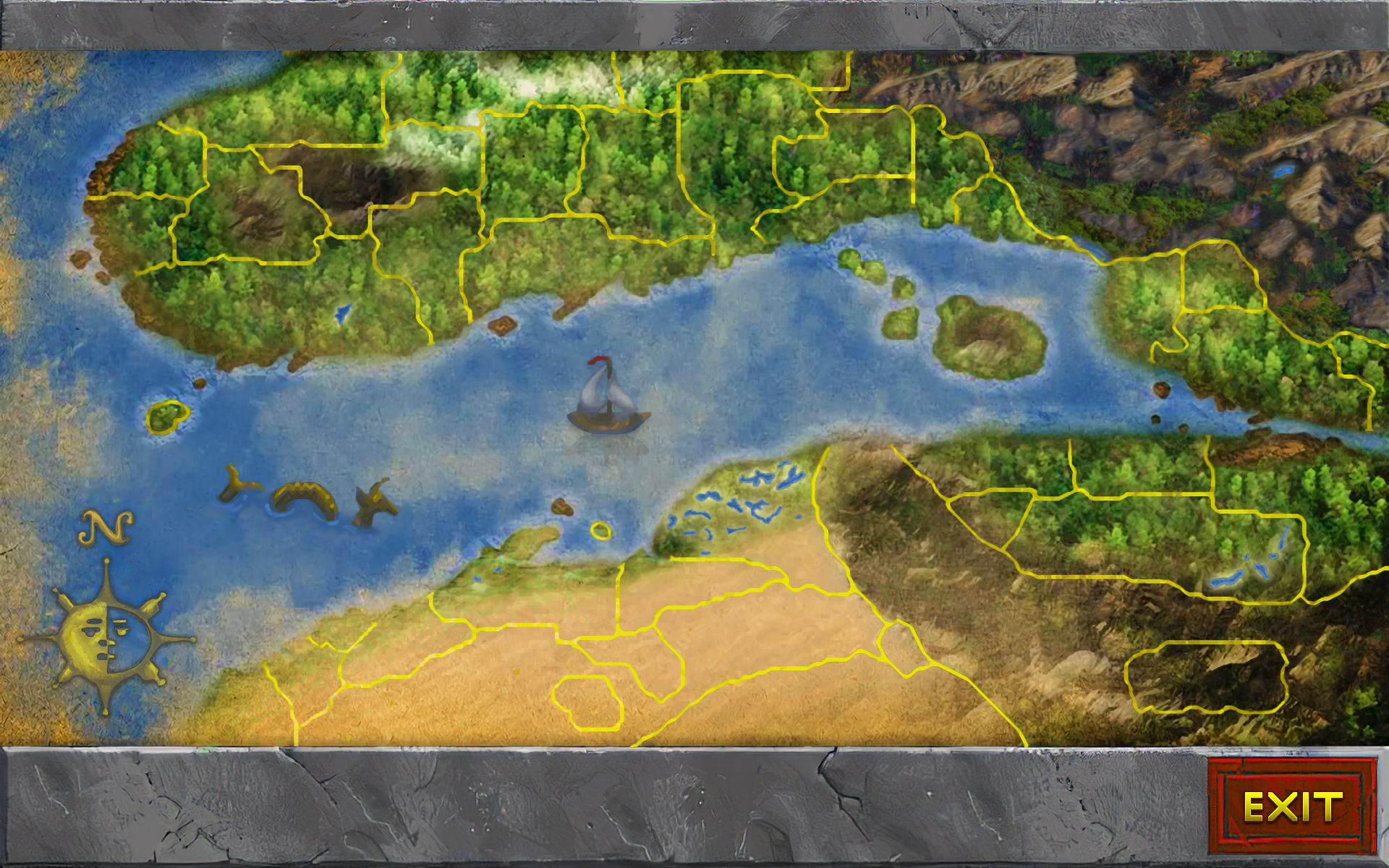 by King of Worms
Hmm, so this is the UESP climate map. Its stated that ".the game is quite geographically diverse, encompassing 9 climate regions.."

And indeed I can see 9 colors. But from my texturing days I know there are basicaly 4 climates (usually with winter/summer variants) according to archive names.

This is a bit confusing.

Basically what I need to know is, where exactly is the Jungle, Mountains, Desert and Highlands. Thats it

Can someone write it into the map? Or just explain it to me? Thanks! 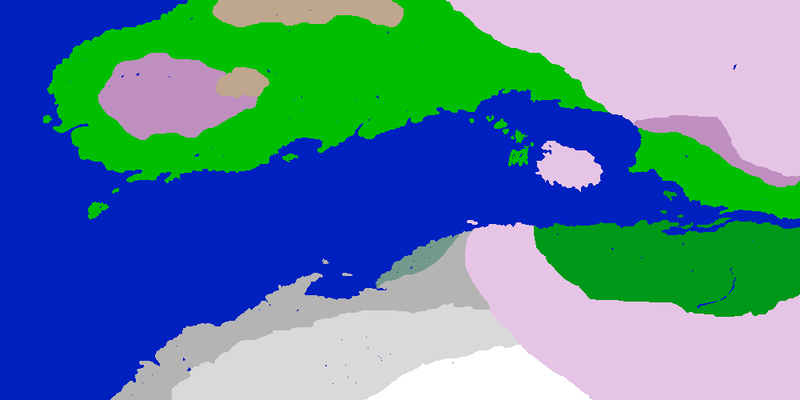 I just found out today that Krita has really nice brush/stumps profiling and setup. As a old fashion artist I totally forgot about these digital age tools (It would took me forever to paint in all the details in old fashion way)

....Well ok, it is a bit repetitive but at least now it looks similar to the original.

PS - I still want to add that little ship and monster. It's still not a final version.
Spoiler! 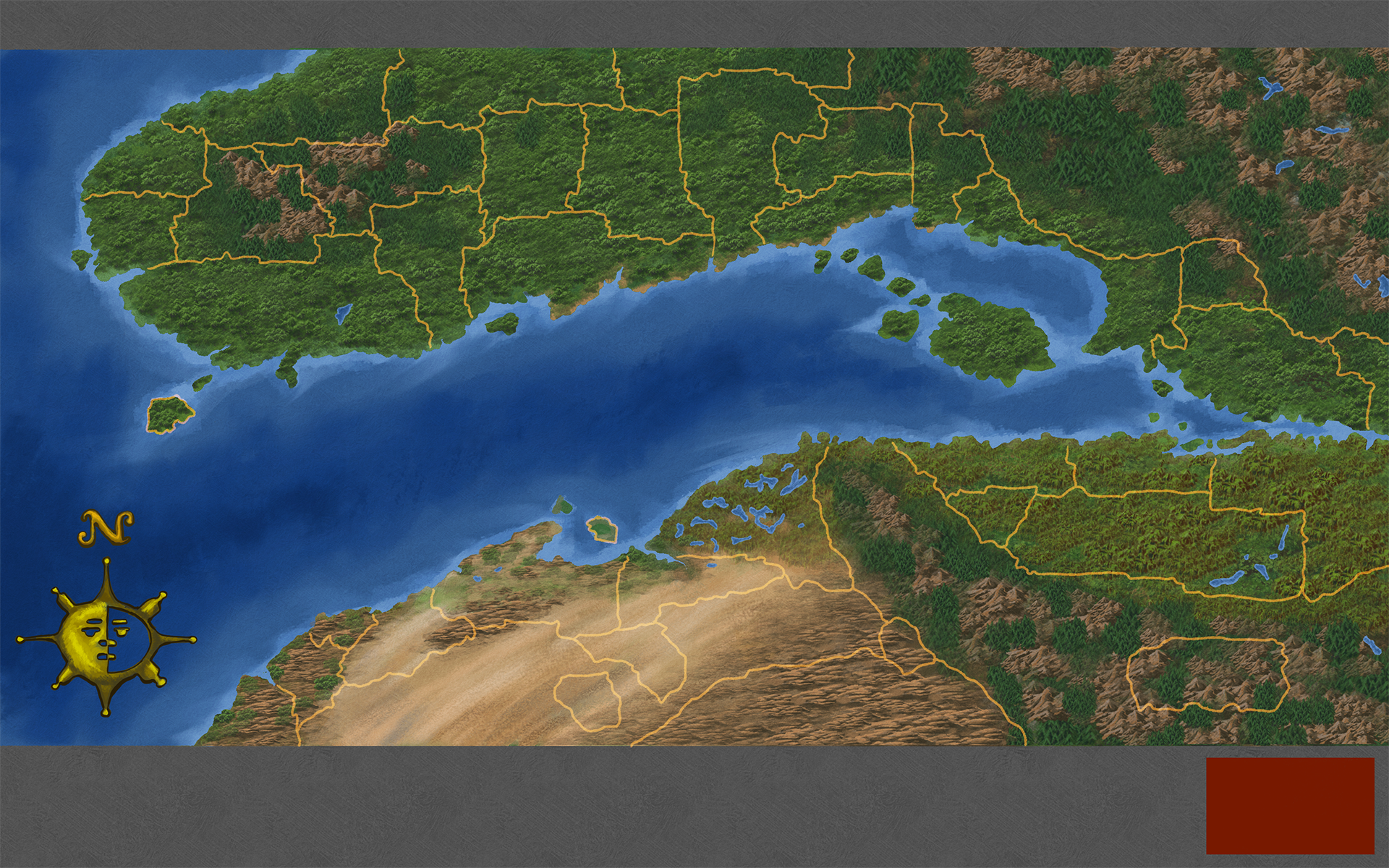 by King of Worms
Thats very nice mate. Id only change that biggest island... it should be mountain, even according to that colored map Ive posted.
PS: You should use those stone borders by MasonFace, I quickly tryed it on your map and it fits very well

by VMblast
@King of Worms
Will do, thanks for the info. No, on the mountains. I want to keep it in the style.

by VMblast
Ok, I guess its finished now. 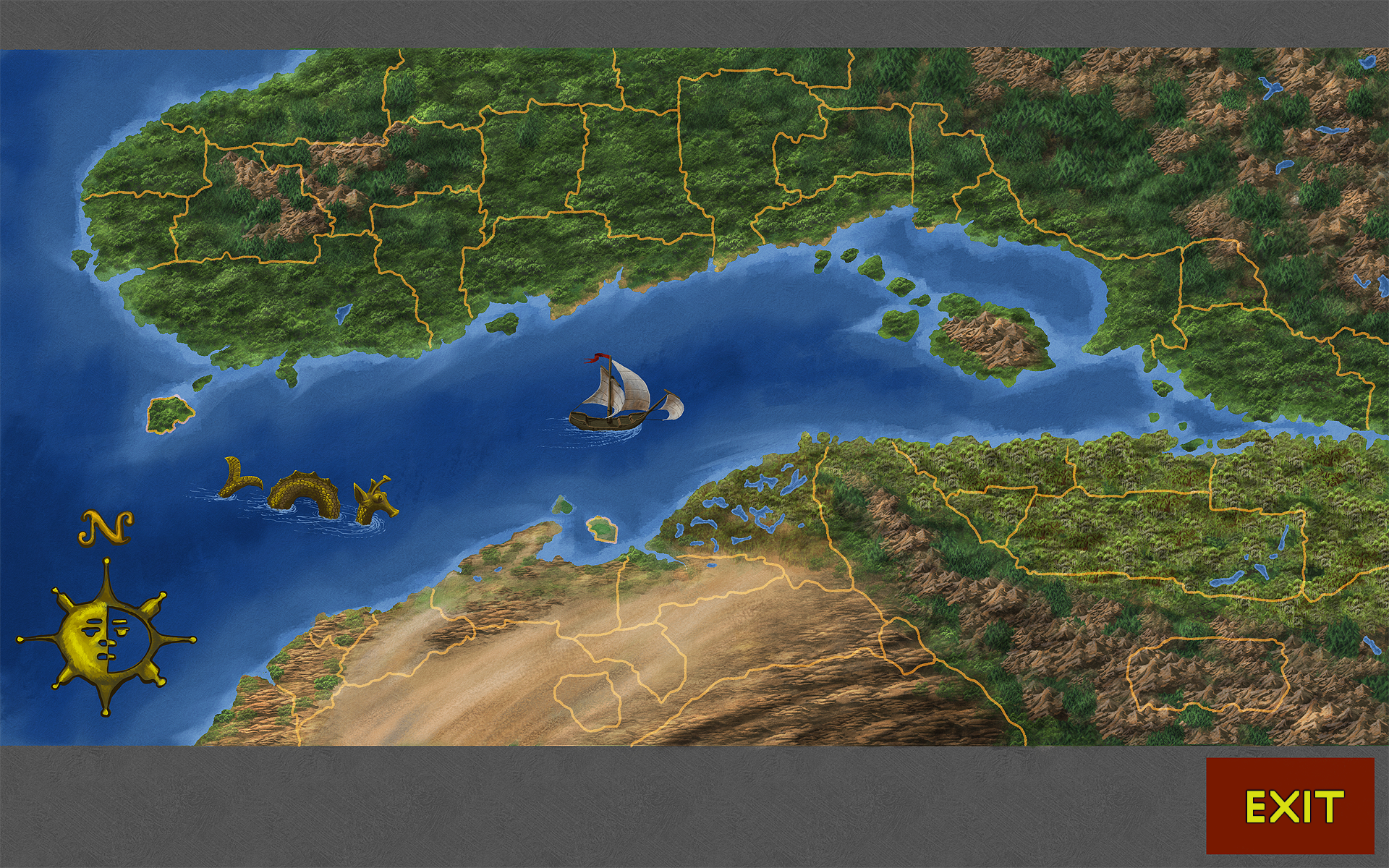 PS - tho I dont know where to put this image in DFU? I tried to put it in /Streaming Assets/Textures/Img (with a proper name tag), but nothing happened.

by King of Worms
Its beautiful. One thing. The lakes in mountains.. 1st - they are not on the original map but thats np if they really exist there. But some of them dont fit as they are partially located at the mountain slopes.

I found nice trick. If u have the lakes as a separate layer, set outer glow for them. It creates a effect which looks a bit like a sand shores and it blends the lakes in its surroundings much better. Works esp good at forrests and those swamps..

I have not yet tryed importing maps ingame so I cant help atm, sorry.

On the colored map of regions Ive posted, there are 2 regions in brown color. What are they? Might be really great to have them slightly differentiated in your map as well.

Im so obsessed with these details on your map, because it shapes up to be the best version of all..

by MasonFace
Yeah, I think this is the best so far. Well done, VMBlast! Looks great!

Im locking this map for now. I think this is tops what I (and we) can pull out from the original map. Remember, the original map is stylized representation of ES world maps (if my approach were realistic, I would created DF map looking like Google Maps Satellite view

). Also I dont have any clue what are those -brown- regions suppose to be. I thought those were just some clouds formations on the original map, so I just dismissed them on my recreation. 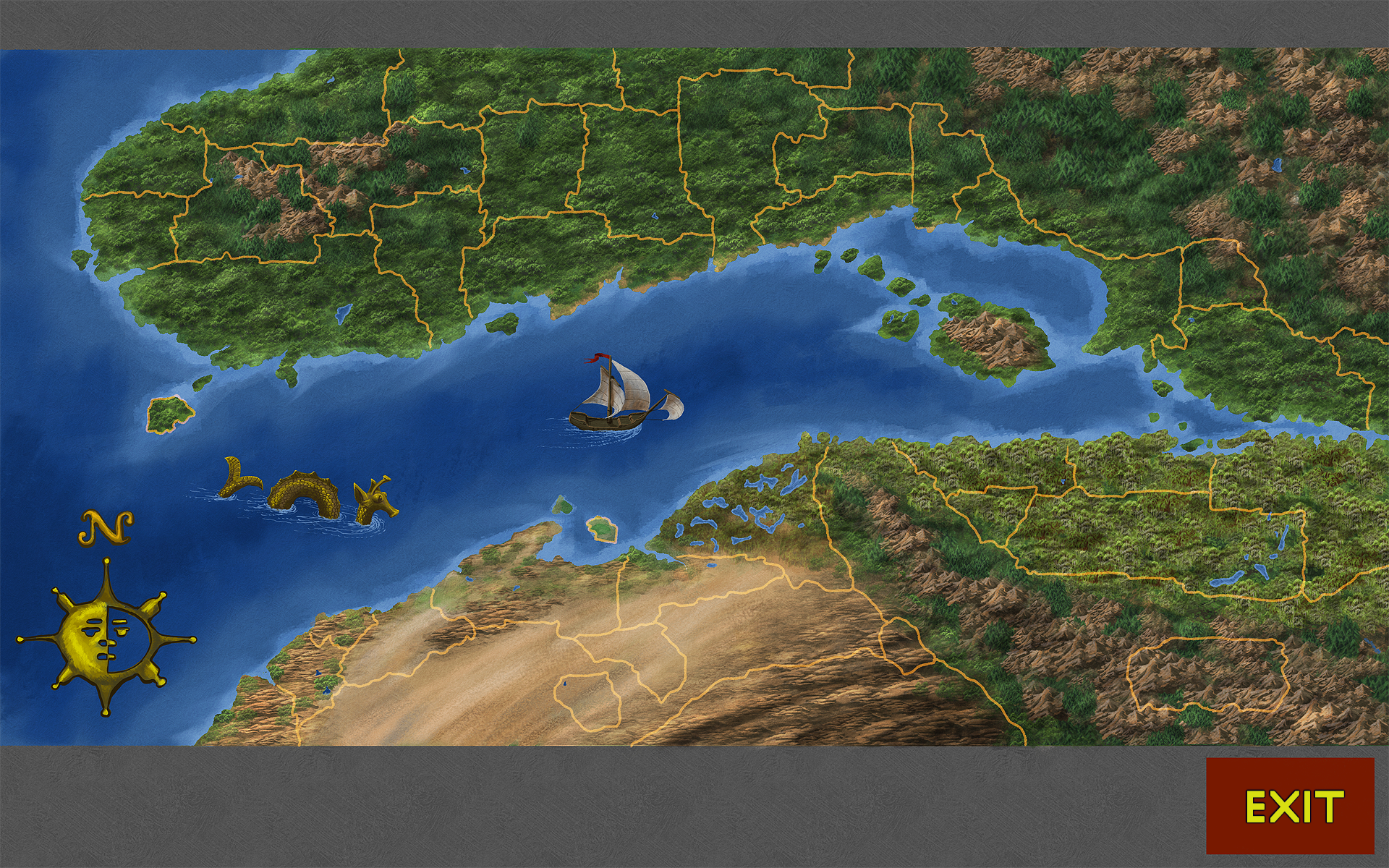 by pango
I really like the details of the full res version, it's an invite to exploration...
All times are UTC
Page 2 of 5