by VMblast
Ive made this painted map as mod. Download is on the first page. Added @King of Worms credits for the map frame.

by King of Worms
Technically speaking, the map frame was taken from MasonFaces upscaled version.
Ive just corrected some color bleeding artifacts on it, made a necessary adjustments to its size so it works with regional maps as well, added a vignette like shadow effect around the main map, so it fits together better with the borders plus some subtle transparency effects. Than the reflections of the sea monster and ship and in future versions there will be new map buttons... Id call it VMBlasts map with support by KoW & MasonFace or whatever

EDIT: While we at it, can I add it to the DREAM HUD mod pls? Just making sure before next release, where I plan to include the whole map system

King of Worms wrote: ↑Sun Mar 17, 2019 3:41 pm EDIT: While we at it, can I add it to the DREAM HUD mod pls? Just making sure before next release, where I plan to include the whole map system

by King of Worms
Thanks mate, next month release will include it all

Plus hopefully the updated textures/materials which are being worked on by Quasifex.
And many more updates all around the mod, plus faster initialization etc. Fingers crossed it all works out well!

by FieldsingAround
Regarding the map, one thing to note is that the Iliac Bay's north in the original isn't entirely correct in relation to Tamriel's geography, as the Iliac Bay was rotated for TESII (and thus why it looks weird in relation to other maps of Tamriel). Bethesda released an updated, stylised map with "The Elder Scrolls Anthology" edition — which is available on TIL, which compensated by rotating the North compass illustrated on the map (also featuring a more elaborate sun design as part of the compass). Might be something that could be integrated into the map, or a version of it? 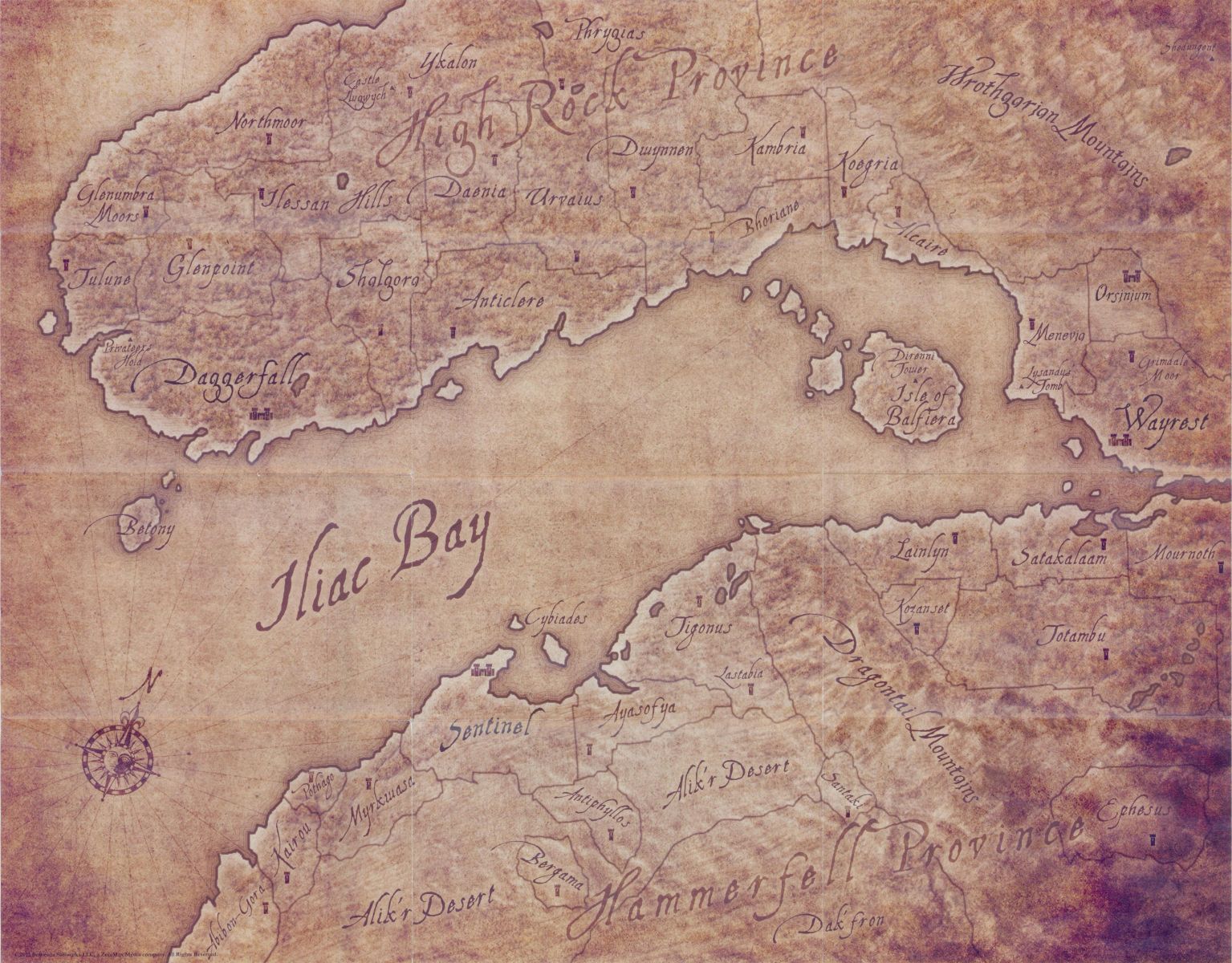 by pango
Yes, that was mentioned before I think; Except that if you do that, your in game compass would be wrong. Also, the sun would rise at the north-east, and fall at the south-west. So to be completely consistent those things would have to be adjusted too...

by I am a Dinosaur
Wonderful job mate!

King of Worms wrote: ↑Tue Feb 19, 2019 6:20 pm btw, saw a update by The Lacus on the github and we will finally be able to import the local maps!! So in next version, if all goes well, the whole map system will be modable and updated!

I am interested in this topic. Did these changes make it or do I need to use his repo: https://github.com/TheLacus/daggerfall-unity ?

Do we just add the 51 maps to a mod like so? (I'm familiar with modding, just curious if it is all set to work) also does KoW DREAM already have the local maps?

Lastly, has anyone tried to get these to work with Location Loader?
viewtopic.php?t=1046

by King of Worms
Yes all the local maps are already working in the DREAM mod ,)
All times are UTC
Page 5 of 5