A curated forum for compatible and maintained mods. Users are unable to create new topics in this forum but can reply to existing topics. Please message a moderator to have your mod moved into this forum area.
Post Reply
161 posts

DREAM covers more items including sound and music, and a lot more sprites and textures.

If you preferred this over DREAM, you could run them in parallel with this at a higher priority (lower on your load list) to have this overwrite the textures where there is overlap.

Thank you for the fast response.

Is there an album anywhere that shows the difference between the two? Of course I could just enable them one at a time and go in and out of the game to see for myself, but hoping to save myself the trouble =)
Top

Thank you for the fast response.

Is there an album anywhere that shows the difference between the two? Of course I could just enable them one at a time and go in and out of the game to see for myself, but hoping to save myself the trouble =)
[/quote]
I have not seen a comparison album though I think it would be beneficial for people deciding if they want to try and run this in place of, or alongside DREAM.
Top

Is there an album anywhere that shows the difference between the two? Of course I could just enable them one at a time and go in and out of the game to see for myself, but hoping to save myself the trouble =)

That's on my to-do list for sure! But I'm waiting until I have more textures and PBR materials generated.

I'll make a comprehensive photo album that has screenshots comparing vanilla, PVE (this mod), and DREAM, so people can easily compare the results.

I've recently changed the scope this mod to cover only (non terrain) textures and prop sprites. These are a class of graphical assets that have proven to upscale well using AI. Everything else has been well covered by DREAM, so there's no need to duplicate.

I've also recently changed the target resolution from 4x vanilla to 8x to match DREAM level of quality. However, since I'm using AI to upscale, there may be some artifacts present in some textures, and since I'm hand crafting the PBR materials, there may be some flaws there, too. Just bare in mind that what has been published up to this point is not indicative of what it will be when I release the next version in a few weeks (hopefully).

So, just comparing the textures between PVE (upcoming update at least) and DREAM, I'd say that PVE textures are more consistent and much closer in appearance to their vanilla Daggerfall source. However, the DREAM textures are complete and the best of them are near AAA quality.

And I recommend you follow enderandrew's suggestion and use DREAM and PVE, but set PVE lower in your mod list (higher priority) than the DREAM - textures module. I also suggest using jman0war's Vibrant terrain sprites, and theLacus's enhanced terrain textures.

And to add to this, I'd wait until I release the update before you download PVE. I'm not satisfied with what I released before and the jump in quality will be substantial.
Top

@KoW: Do you happen to know if texture archive 054 is used in game at all?
Top

Hi mate, most likely not, Ive decided to not use it in a DREAM and I have never found a instance where it was missing

I've also culled the jungle snow variants since I know they aren't used in vanilla DF.

Guys, I have a request for a upscale and my AI pipeline ceased to work (once again)

Is anyone up for the task please?

These are the low res png

This one is higher res jpg, but I dont have a high res of the other one yet 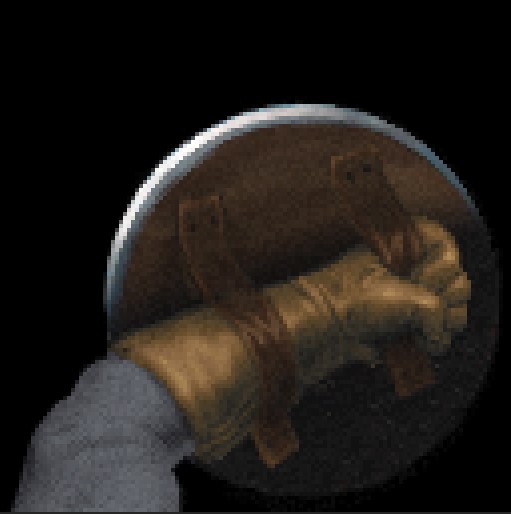 Unfortunately, I just wrecked my upscaling pipeline too fooling with that face upscaling program, PULSE.

Give me a couple of days. I'm going to commit to using Anaconda to manage my upscaling environments separately so this doesn't happen again and I'll upscale these images, unless someone else beats me to it.
Top

I've also generated PBR materials for about 1/3 of all the textures.

Note that very few emission textures have been made so the windows will not properly illuminate.

Let me know if you encounter any issues!
Top
Post Reply
161 posts