A curated forum for compatible and maintained mods. Users are unable to create new topics in this forum but can reply to existing topics. Please message a moderator to have your mod moved into this forum area.
Post Reply
78 posts

Good to see you back, looks great!
Top

Love the look of your work, great to see you're going to continue. Personally I would only use a art style change like this once it's complete and consistent, so great to see you're back to make more progress.
See my mod code for examples of how to change various aspects of DFU: https://github.com/ajrb/dfunity-mods
Top

Thanks y'all, happy to be back

I was never super happy with the Eadwyre sprite I did previously, so I've reworked it in the new style:

Getting close to an updated release - I'll go ahead and throw this on the Nexus once I do (probably this weekend sometime).

Made a unique version of this NPC flat for Lady Bridwell to better match her portrait: 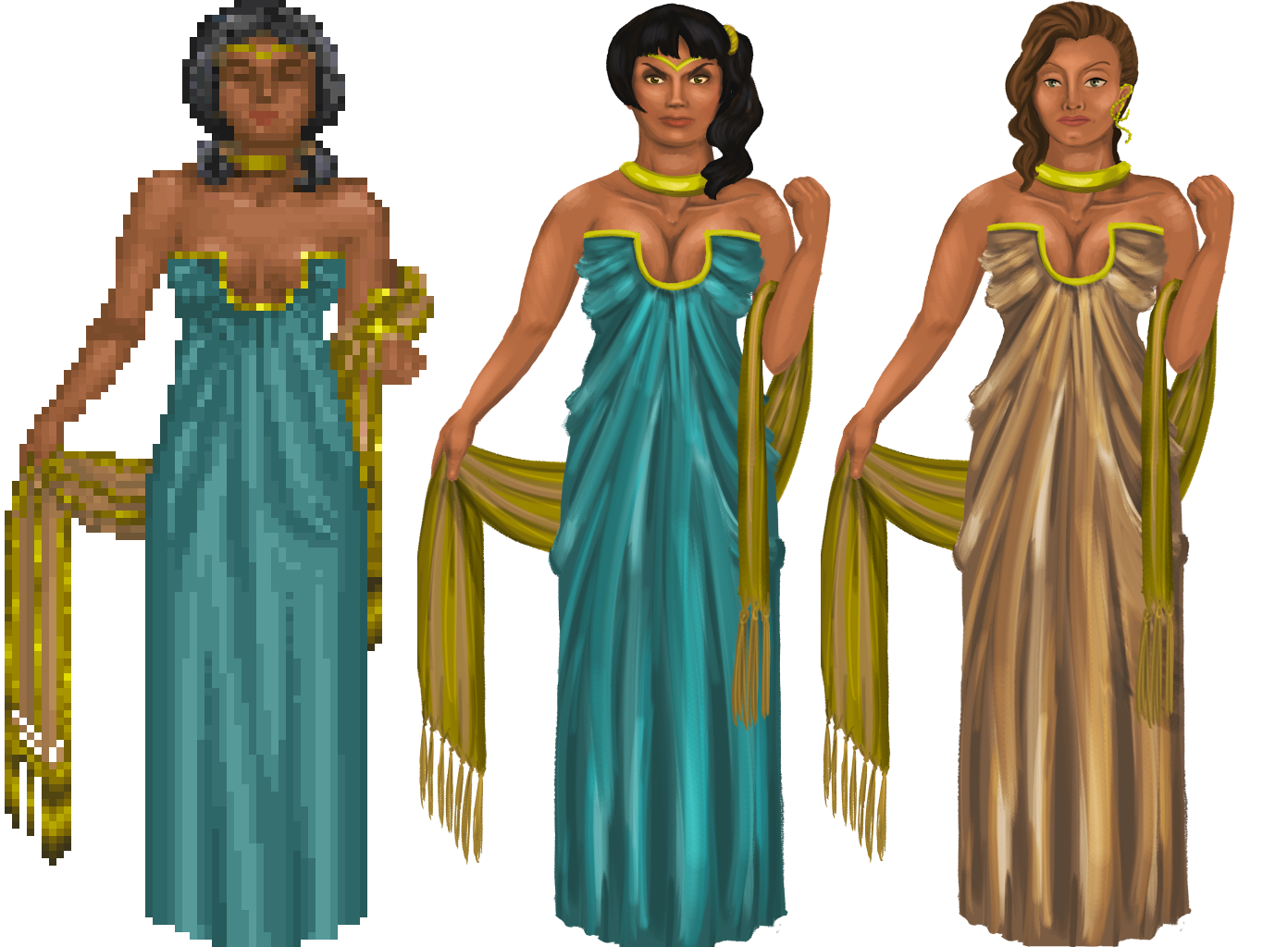 Very nice and not so heavily stylized as the old ones, good job

Really good work. For the Brisienna one, I always thought she would have grey in her hair or something. Looks much younger here.

Excellent work! Looking forward to my next playthrough with your artwork installed.

The only thing for me (and I only noticed it because you put the original right next to your work) is that the lo-res full body Eadwyre comes across to me as kind of a jovial guy -- I think because his eyebrows are up and relaxed, kinda like Santa Claus mid-hohoho. But then, his original portrait tells a different story, suggesting that he is sad, exhausted, and defeated (or at least caught up in bigger plots than he wants to be -- perhaps marrying Barenziah didn't work out quite as he had envisioned it). Your version is excellent, but portrays him as much more angry and intense, the driving force behind whatever is going on.

I must admit my ignorance here -- I am a skimmer of lore and in-game personalities, so I don't actually know which of the three approaches is more appropriate to the character and the way he talks and acts. I can also easily imagine that the full body face and the close up portrait could represent different moods -- his personality to the court at large vs his personality when having to deal with the player character.

What you've got is great, and I wouldn't spend any more time on him because of my comments. I just wanted to toss them out there in case you had any other reason to revisit him

I also fiddled in my clumsy way with Lady Bridwell, trying to think of easy ways to distinguish her more from her raven-haired counterpart. I can't paint, but I can chop and glue and recolor

Not good enough to use directly, but enough for visualizing and comments.