So some of the background histories include you making friends with a person who is named several times in the entry... however,at least one version of the entry rerolls the name if not every time then several times throughout the entry. Not a huge priority but I don't think it's supposed to do that, might be a classic bug though, I don't remember very well. 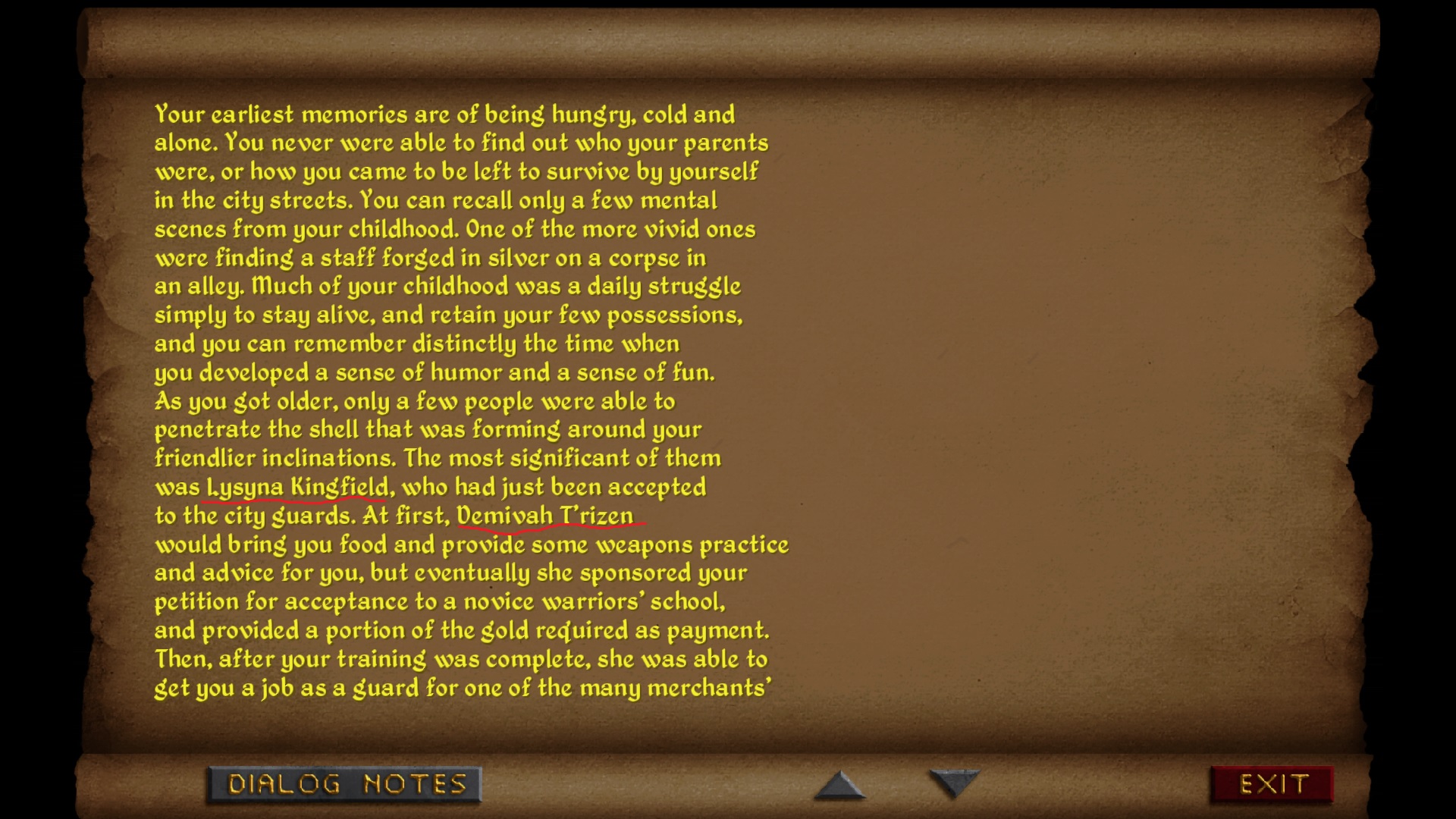 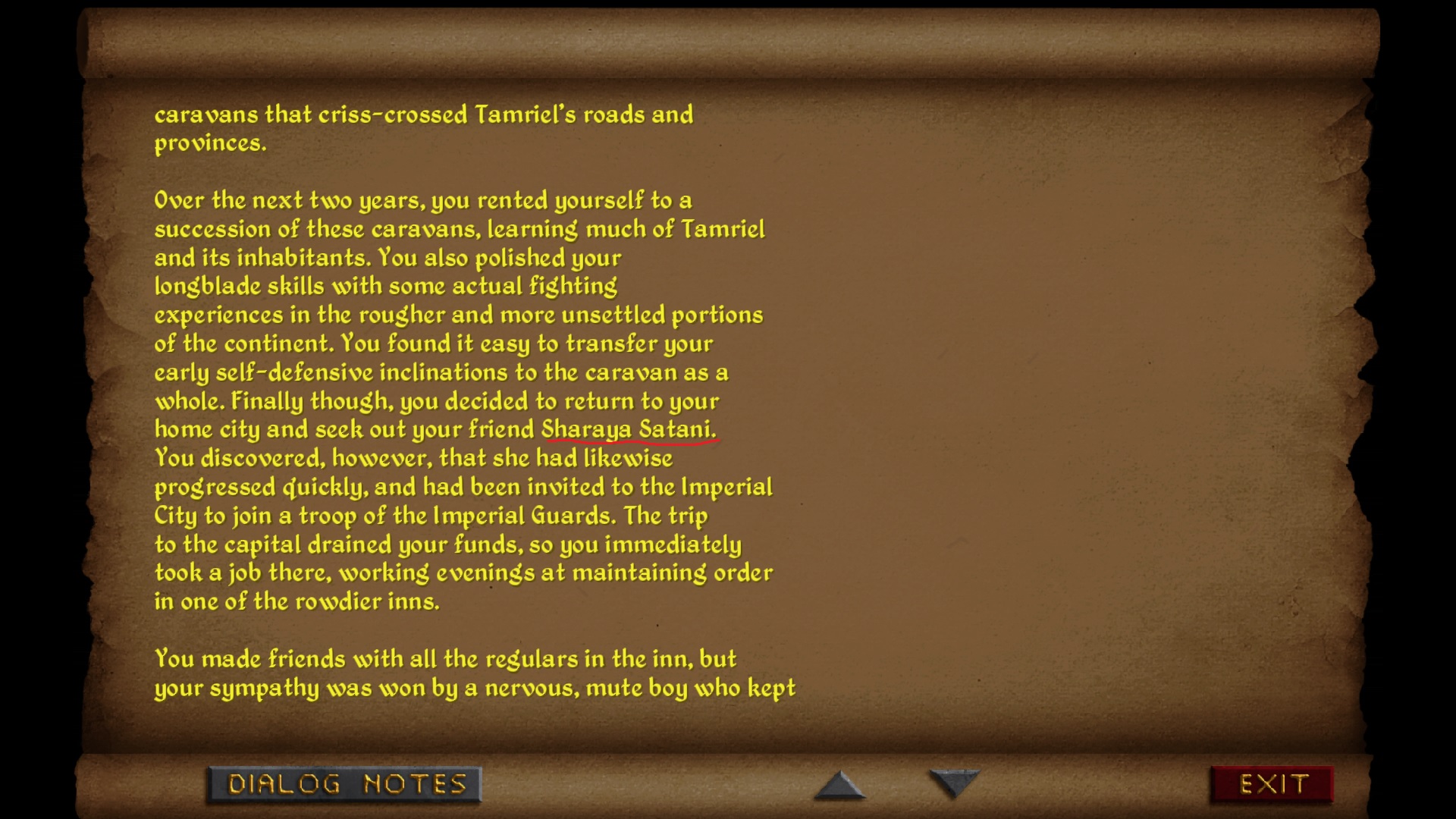 This one does use the final name again to refer o the same person and it's reasonable that the three names listed could be three separate characters, but I've definitely encountered bios where this makes much less sense!
Top

Source text is using macro %fn which just generates a random name. We could easily make this deterministic when processing backstories, provided only a single NPC name like this is used for each backstory. Otherwise, all NPCs would end up with the same name, which is also a problem.

Definitely one to review, I'll move to bug reports for later follow up. Cheers.