I played Daggerfall Unity previously at version 10.22, and added DREAM, and the game and mods are a terrific achievement. Performance was also great and I noticed only the occasional bug. This is with the Linux x86-64 version.

Recently I took it up again with 10.27 and DREAM, and I'm seeing frequent lighting/shadow issues. Some textures appear black or nearly black, even outside in daytime (doors are a common example), and only illuminate partly when closely approached. The player's light illuminates only half a tile, and which half seems to change from floor to wall, or from floor to sloped floor. Building tiles outside are unevenly shadowed, sometimes when it seems they should be in broad daylight, and some interiors behave the same as dungeons. These issues are not apparently present in the base DU, but only appear with DREAM. 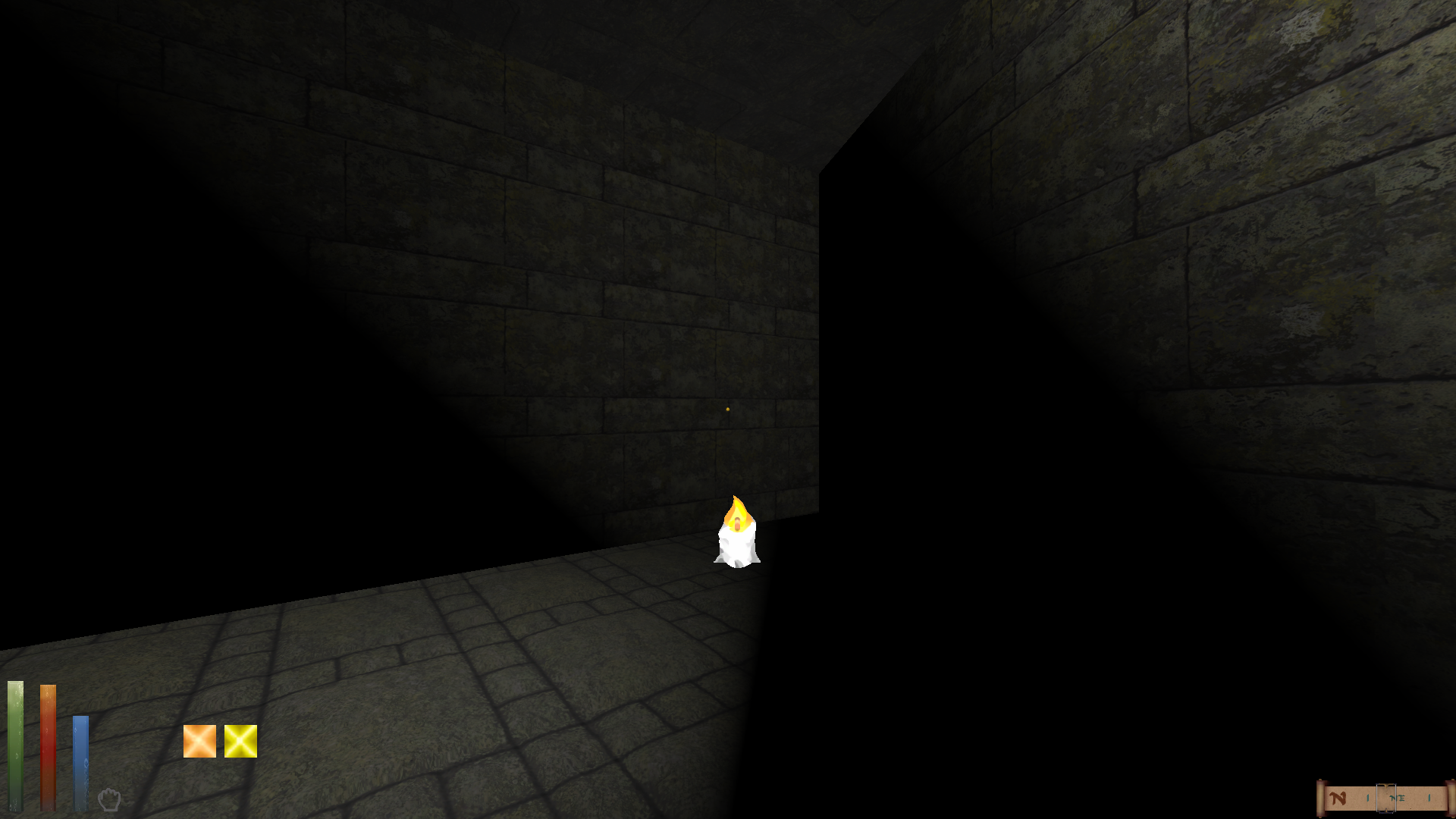 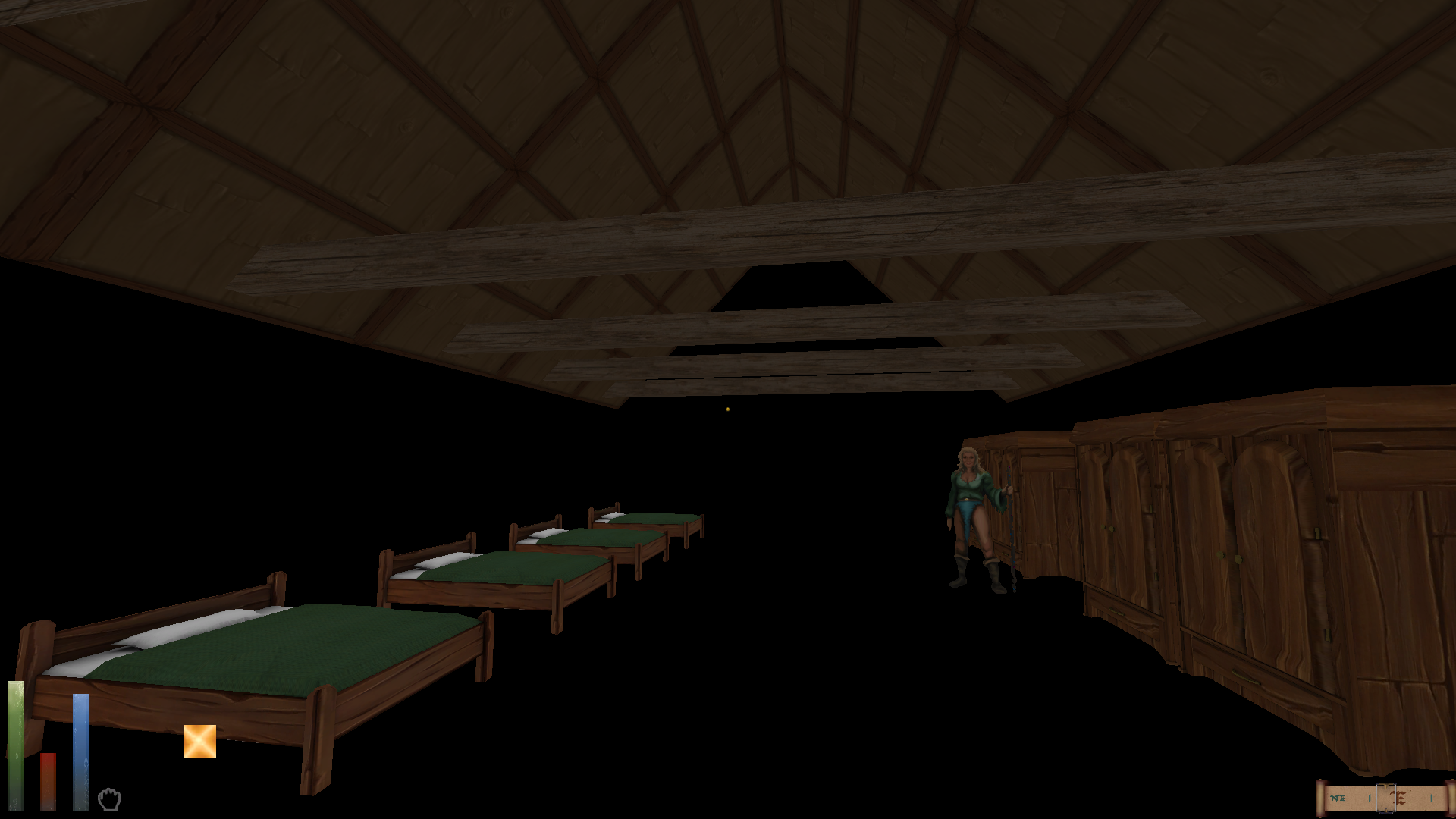 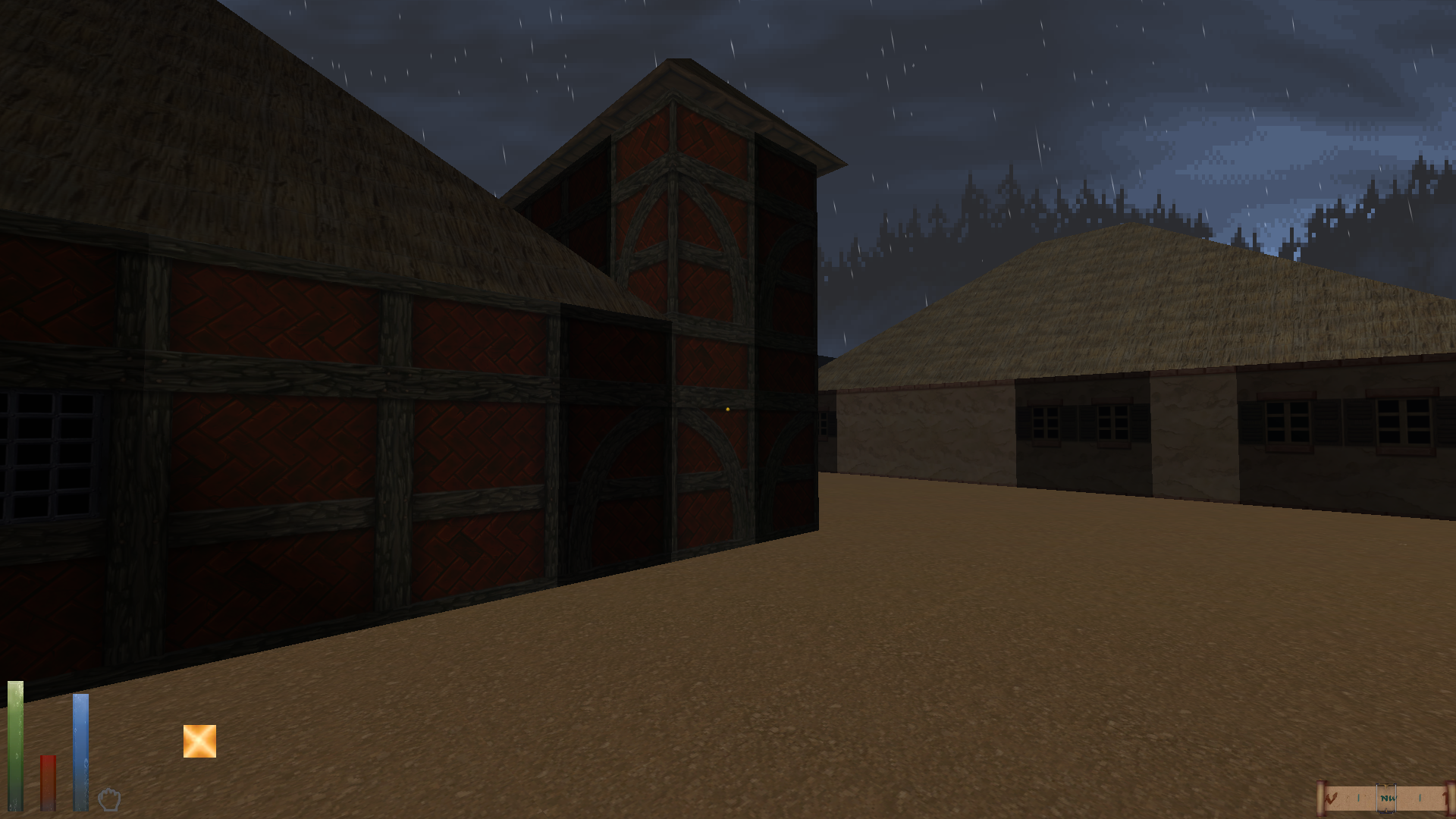 I have experimented with all the shadow options and sliders in the menu, and none of these affect the issue. I also removed entirely two lighting mods and tried turning off Roleplay Realism. DREAM by itself seems to be the variable.

I read that there was a Unity engine update, Interkarma wrote that Hazelnut made a change regarding shadows for the player's light, and also that mods needed to be updated for 10.26+. DREAM has not updated, but I'm using the same (latest) version from April which used to work fine. I also notice that no one has reported the issue, and there are many screenshots which look fine, so it might be Linux specific.

Again, I appreciate the work that has gone into making and reviving a fun game. I hope I'm not reporting something weirdly specific that wastes anyone's time.

by King of Worms
Hi, are u 100% sure u downloaded the corect version of the mod for your operating system?

Yes, Nexusmods is clear that I got Dream Linux 2020-R2, and never downloaded other DREAM files.

by King of Worms
I dont use linux personally but other ppl here do and do not have the issue. What is your GFX card? I have no idea what might be the reason of this bug

I will release new version of dream very soon, but Im afraid it wont change anything about it. Also v 0.10.28 of dfu was just released. But I dont think its caused by neither of those.

Maybe tell us more about your system

Still.. its strange it worked be4.. hmm

by Taryl
I have an R9 270X. The driver is Mesa 20.1.9, which is probably one version ahead of where it was in the spring, and the distro uses AMDGPU for this card. Also kernel 5.6, which was probably the same at the time.

I identified that it happens in DREAM, but since it's the same version of DREAM, I have to suspect a change elsewhere is the cause. If nothing else, I'll pair 10.28 with a fresh download of DREAM when you post a new version, and see what happens.

Also, your mod is great work.

by King of Worms
Hi,

But as you say... its most likely some changes on your PC you did in the mean time. But u never know

by Taryl
I was just going to post and saw your response. DFU v0.11.0 and DREAM 2020/R2 were looking like above, but after a kernel and driver update almost all the issues disappeared. There was still some dimness on building sections that have windows, but that is also gone with DREAM 2020/R3.

I did see some gaps on a certain building type that I did not notice before R3, so I will post it since this thread already exists. 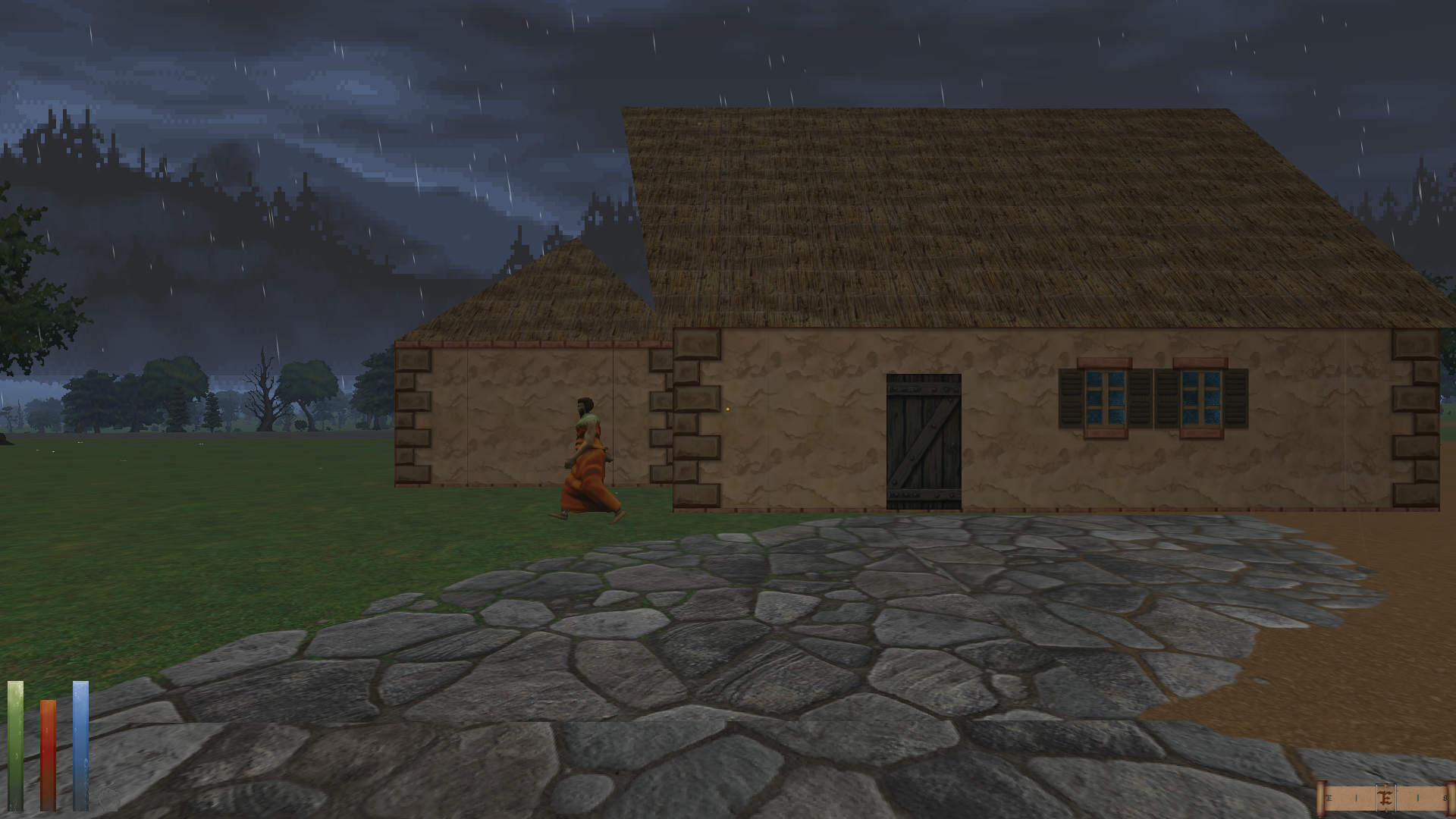 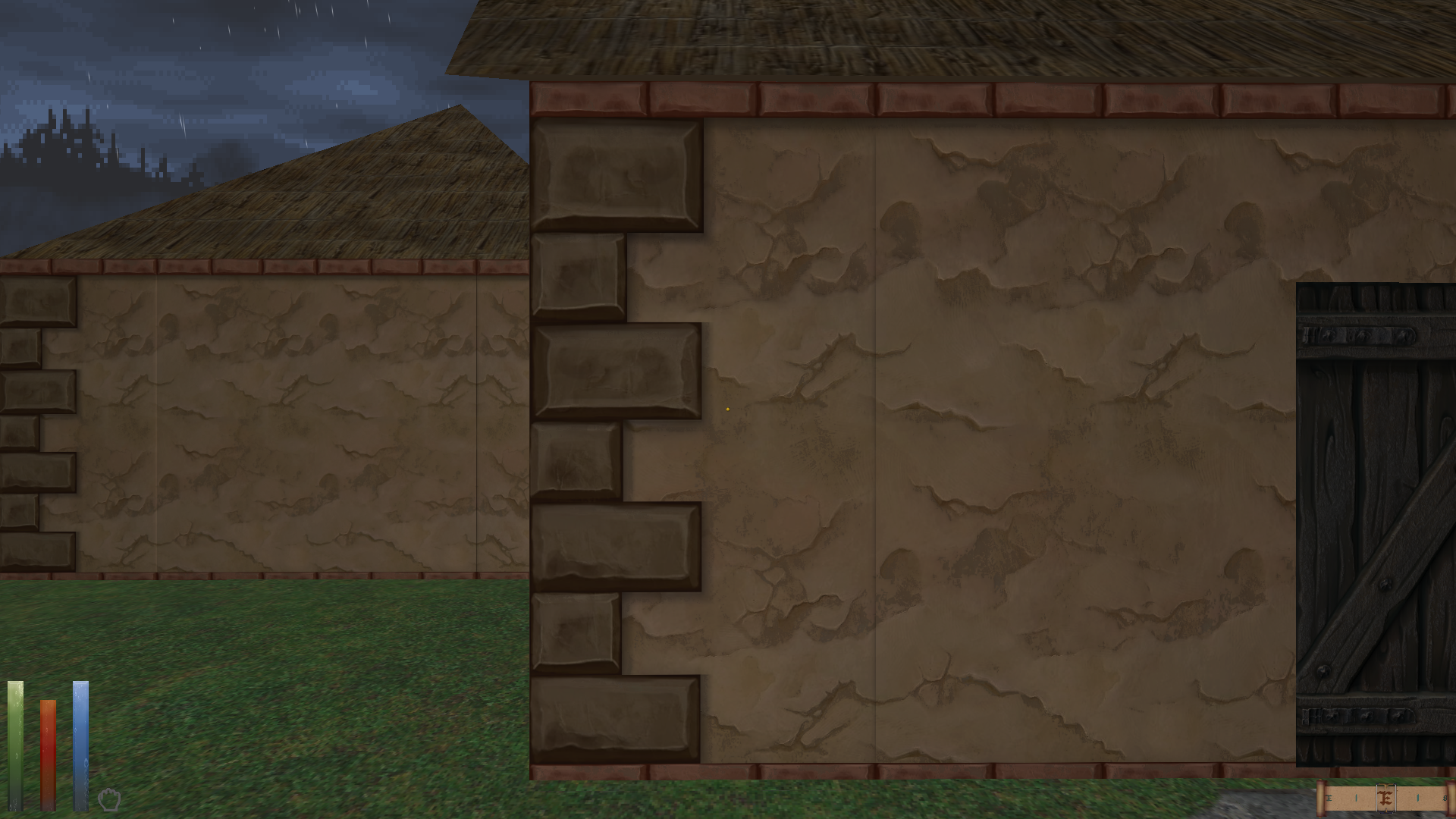 Basically, whatever was screwy between drivers and Unity seems to be resolved. I appreciate your attention, and I've sent a tip for your time and effort on the mod also. DREAM 2020/R3 looks very nice.

Thank you and cheers.

by King of Worms
Im happy its solved! That texture issue on a building is a problem of the 1996 model. U can see - if u disable Dream - that the issue is still there. But not as pronounced with the low res texture etc.

Anyway, this was the last Dream bug reported on the Nexus, and being it a Linux bug - operating system I do not own - it was a hit and miss

so im glad its gone. Gonna close the bug report there. Thanks a lot for the tip! Have a nice holidays and enjoy Dreaming

Ps: your images appear quite dark. Make sure "eye adaptation" is disabled in the Postprocessing mod - if you use that one..

by King of Worms
Just for the sake of completion, another Linux user managed to resolve this issue like this:

...the cause of the issue was a set of outdated libraries shipped with AMD's amdgpu package, after installing it cleanly I got the artifacts again, uninstalling made my DFU+DREAM look good again.

And the 1st user solution was:
...after a kernel and driver update almost all the issues disappeared. There was still some dimness on building sections that have windows, but that is also gone with DREAM 2020/R3.
All times are UTC
Page 1 of 1