Off topic discussion. Talk about gaming and life in general. Be awesome to each other.
Post Reply
17 posts

Has anybody played this old one?
https://www.gog.com/game/wizards_warriors
I found it appearing in my searches for turn-based RPG's and showed up on my twitter feed the other day.
DW Bradley is famous for some of the Wizardry series and later Dungeon Lords

I watched a scathing review of the game here: https://www.youtube.com/watch?v=sqdKBSXVK5w.
But regardless i bought it anyway.
There's something of a gem in the rough here, i think it's a bit of a cult classic.
I can hear some of the same sound samples in Daggerfall.

The game features a lot of exploration and has some odd mechanics, like your party is basically housed at this Inn and you cannot just start a new game in the traditional sense.
You can make new characters at the Inn, you can remove and add characters to your party.
But characters you've already played with show up as "Out on Adventure" at the Inn.
You can play an Elephant character, which is unusual.

But there's some broken things in this game like I cannot cast Heal.
Combat kinda sucks.
Every chest so far is trapped and it seems like dumb luck if you manage to disarm it.
There's an expensive Dagger for sale that when bought and Identified it turns out to be Cursed.
Looting is odd, every enemy or opened chest literally drops items onto the ground and you have to manually select and pick them up one at a time.
Player inventory needs to be totally overhauled.

There's a lot wrong with this, but there's also a lot that attracts me to this game just the implementation let it down.
Someone should remake this one.
Find my Vibrant Terrain Flats mod at Nexusmods: https://www.nexusmods.com/daggerfalluni ... ?tab=files
Top

I really enjoy unusual games, probably why I love Daggerfall so much. Looking forward to hearing more about this one.
Top

Ive read about this game when it got to GOG

Heres very good review with some info on the history etc https://goodmorninggamers.blogspot.com/ ... riors.html It also has a link for unofficial patch, which I guess can come handy
I also like strange games, because in between the bugs and quirks, there is possibly a hidden mystery (or just a bad game, but thats not this case)
DREAM Nexus: https://www.nexusmods.com/users/73250038?tab=user+files
DREAM DFU Forums: viewtopic.php?f=27&t=1168
https://www.guru3d.com/news-story/foldi ... mance.html

Oh wow! I remembered playing this game when it originally came out. I dug through my old games and found it.

Unfortunately I discarded the boxes for most of my old games to save space. Kinda kicking myself for that now.
My memories of this game aren't kind. I remember wanting to really enjoy it, but found the clunky interface really frustrating. I don't think I ever got past the first forest area. 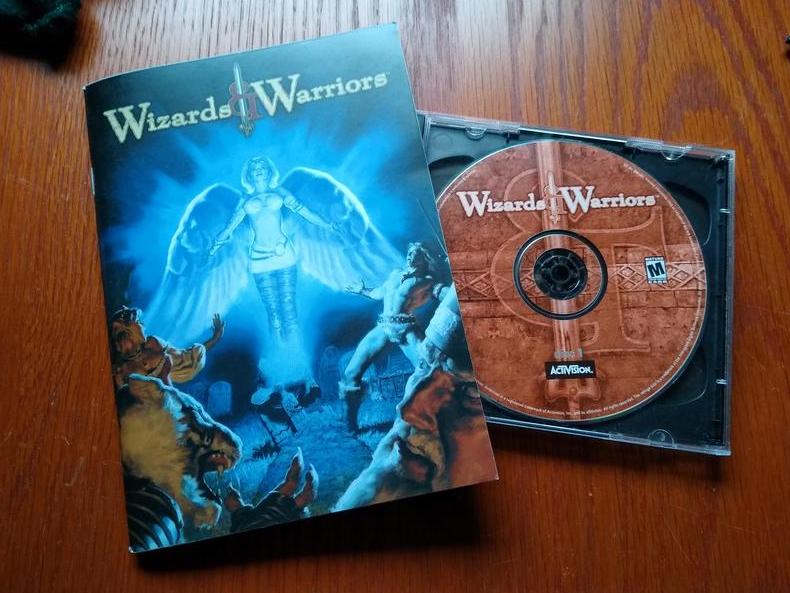 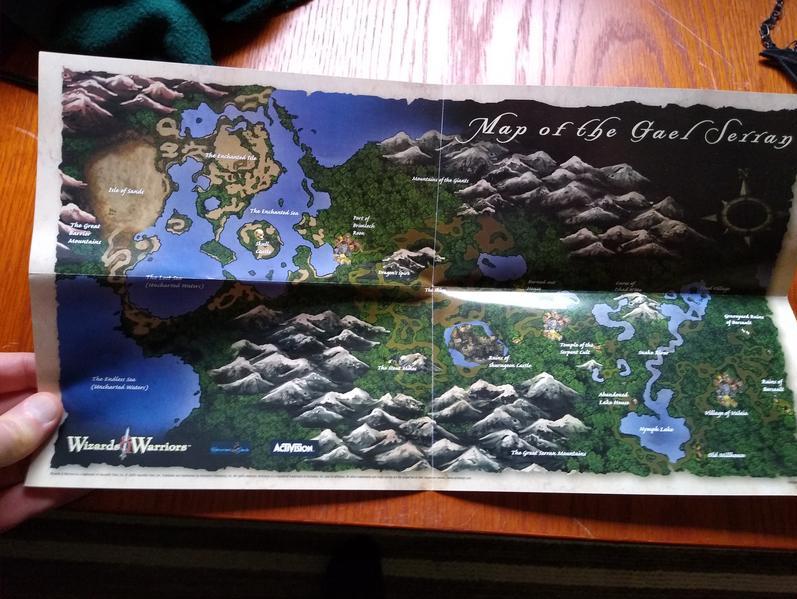 Wow what a treasure!

Yeah the game is unwieldy but it does have something.
Reminds me of Arx Fatalis a little, Dungeon Lords (obviously).
I can see Thief in this and even a little Quake.

I figured out why Heal wasn't working, i had customized keyboard and screwed up the Control Key.
The game is DARK. Literally.
I have the gamma cranked up and still can only play this in a dark room.
I gave all my characters torches but it's make no difference.
I have a cat character as my lead since he has Night Vision but it makes only a little difference.
I think i'm playing in Turn based mode, it's hard to actually tell.

Can i link a video here?
This was from 20 mins ago.

Heres very good review with some info on the history etc https://goodmorninggamers.blogspot.com/ ... riors.html It also has a link for unofficial patch, which I guess can come handy
I also like strange games, because in between the bugs and quirks, there is possibly a hidden mystery (or just a bad game, but thats not this case)

That's actually quite a glowing review.
So far i think it's necessary to use a walkthrough on this one.
Find my Vibrant Terrain Flats mod at Nexusmods: https://www.nexusmods.com/daggerfalluni ... ?tab=files
Top

Watching your video has definitely piqued my interest in trying to install it. Hmm...

Regarding the issue with darkness, I found this info that might you:


For those experiencing DARK DUNGEONS in D3D mode, we have installed a command line parameter which you may add to the command line under properties of the W&W desktop icon: -LIGHT=n where n is a number between 0 and 16. Using the –LIGHT=n option with any number will automatically turn on a new monster brightness feature which makes the monsters much brighter when standing near a light source. The “n” value will increase the overall brightness of the environment, 0 being none and 16 being the most. You may still use the GAMMA control on your CONFIG PAGE to help increase the overall brightness of the game, in addition to the –LIGHT=n option.

This will increase the overall ambient scene lighting by a increment of 25%. Note that this parameter only works in D3D mode, and is not supported when running in software mode.

But not working for me.
Tried adding that line to the desktop shortcut, and then to the "command line" section of GOG's 'configure game' but it's made no difference at all.
Find my Vibrant Terrain Flats mod at Nexusmods: https://www.nexusmods.com/daggerfalluni ... ?tab=files
Top

Played this through back when it came out. Yeah, clunky, but kind of everything was... Trying to remember specifically... At the time, I think I had played Might and Magic 6-8 and Wizardry 8. Morrowind wasn't out yet. MM9 wasn't out yet (and it broke everything anyway). I think ~2000 was just a rough year for RPGs. Oh, gawd, Ultima IX was in 1999. Yeah. Bad times. I think there were a _LOT_ of excellent ideas going into these games, it's just that technology was racing by at that point, so you couldn't plan anything very well and you ended up having to rush to release before your graphics looked "too old" (which could happen easily enough in 6 months back then). Just a mess.

But specifically to W&W: I enjoyed it enough. Like I say, I finished it, and I'm not a hardcore player by any means. I remember there was something screwy about training, like "if you have 2 samurai in your party, both must level/train at the same time" or something like that. Can't remember precisely, but then it has been 20 years... Fair sized party of odd races and classes, which reminded me of Wizardry 8 (another one where I enjoyed parts of it and hated other parts, but eventually slogged through to the end)

I do remember having to look a few things up online for W&W, because a couple of the quests just don't seem to have enough information to get through them. And there's a leprechaun in the island region towards the end that I remember just being a whole lot of WTF...
Top

I enjoyed MM6 but didn't play any of the others, but i have looked at them and considered it.
Wizardry8 was a slog. People rave about that game though and i'm not really sure why but i played to the end.
I found the Tinkerer character underwhelming.

I recently played MM10 - (i guess i don't really consider this as part of the same MM series as it's UBIsoft and not New World Computing).
It was OK, but i only enjoyed some parts.
I went with the default party and then later found out that wasn't the best idea.
Just wanted to scratch that itch for a good ol party, turn-based RPG.
https://store.steampowered.com/app/2387 ... X__Legacy/
Find my Vibrant Terrain Flats mod at Nexusmods: https://www.nexusmods.com/daggerfalluni ... ?tab=files
Top
Post Reply
17 posts