Today is released WGRealms: Demon Throne -- a stand-alone total conversion for Duke Nukem 3D that introduces new mechanics and a completely new, fantasy world. Based on the previous work by the same author, WGRealms 2: Siege Breaker (available as a free download here), Demon Throne received among other things a much-needed facelift by an incredibly talented Duke3D artist by the name of sebabdukeboss20. There are dozens of new sprites for monsters and NPCs, many based on the classic characters from 90s FPS games (Doom, Heretic, Hexen), redone in higher resolution but with a great degree of fidelity to the sprite-based art style.

Among other things, there are NPCs which are either directly based on or inspired by NPCs from Daggerfall.

For example, here's one of the main quest-givers, originally "played" by a male mage from Daggerfall in Siege Breaker (as shown here). In the background is a mural depicting him casting a spell, in a way that should be quite familiar to Daggerfall players: 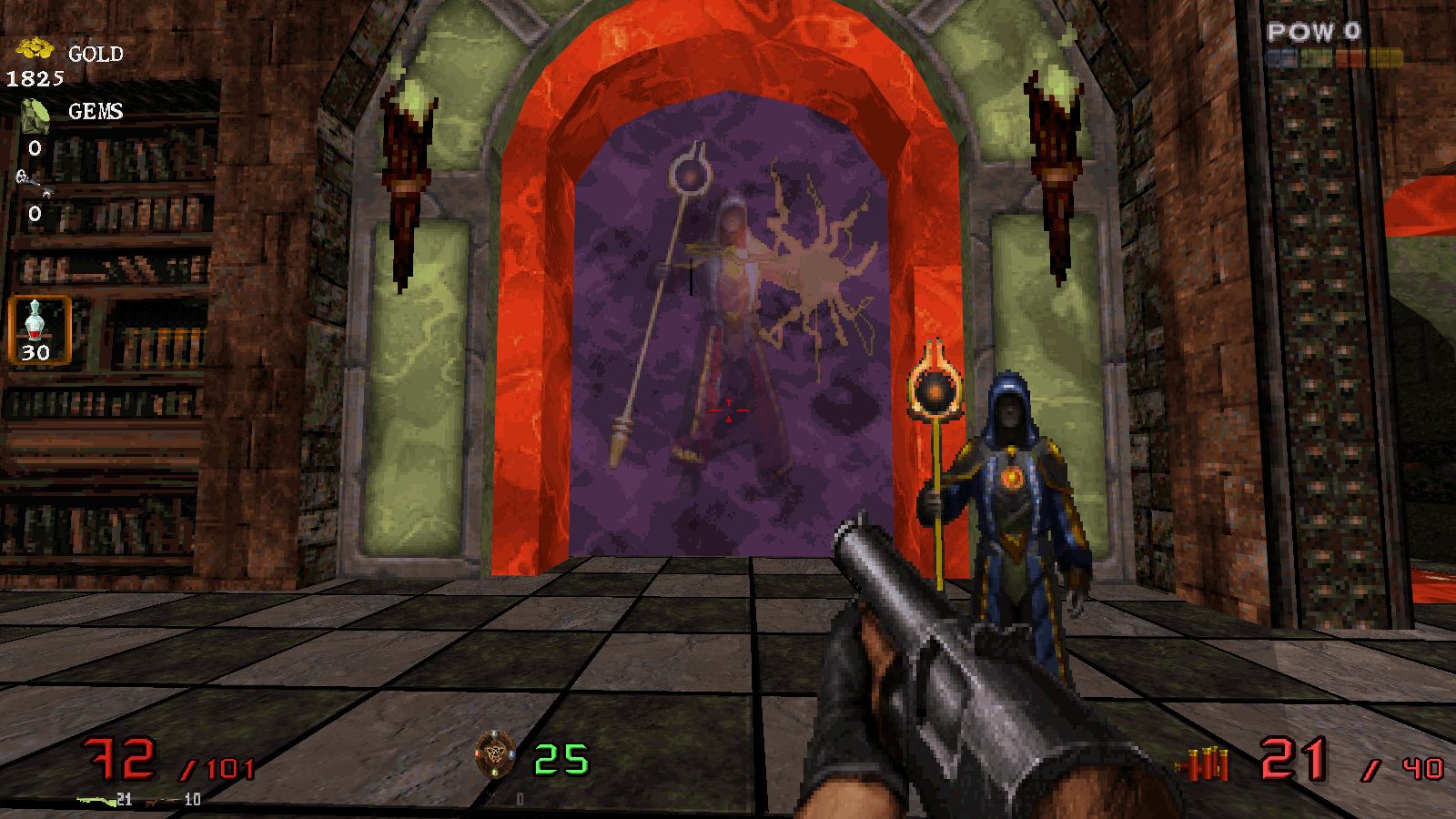 And here are NPCs in a friendly town, based on DF flats: 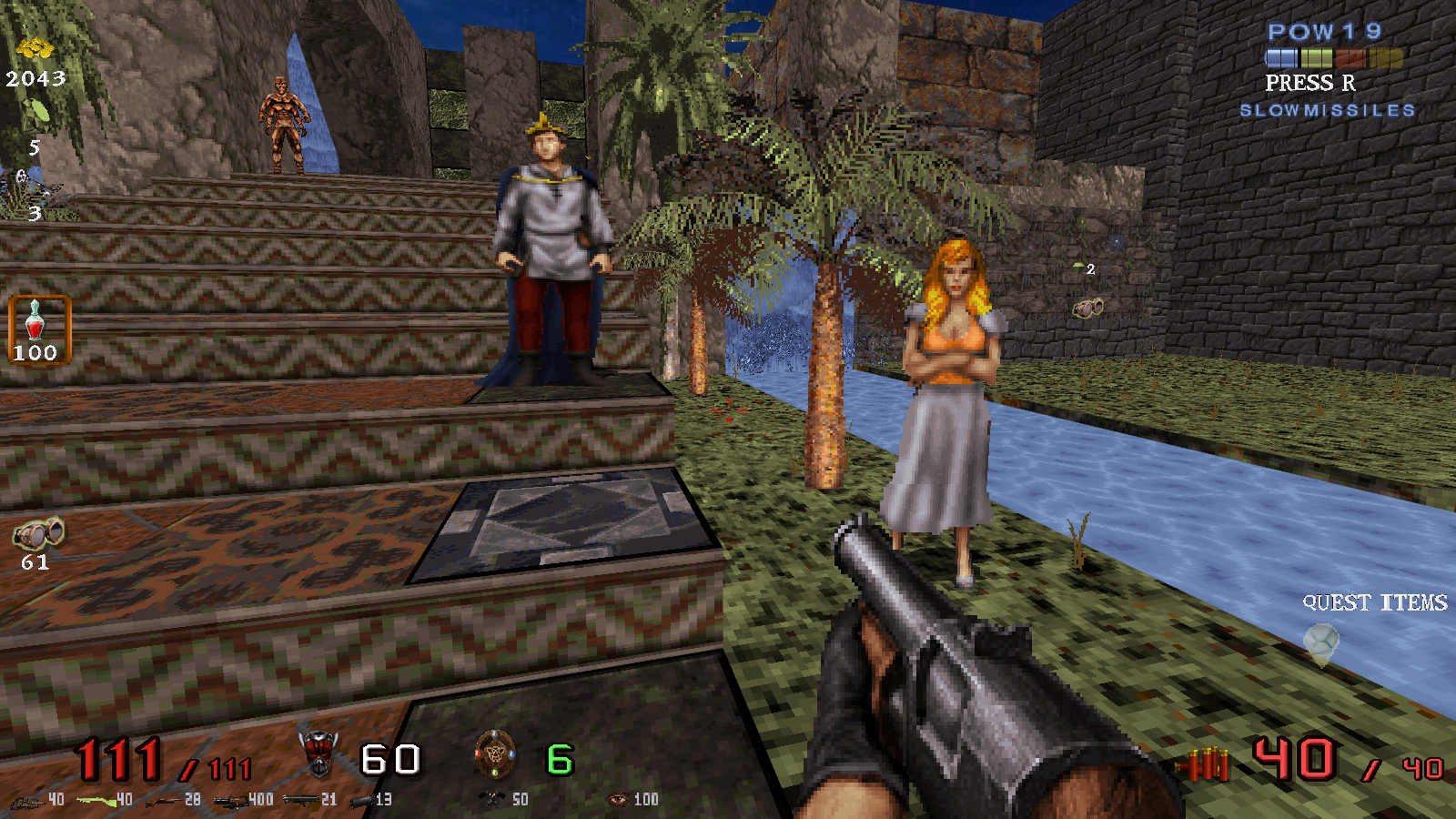 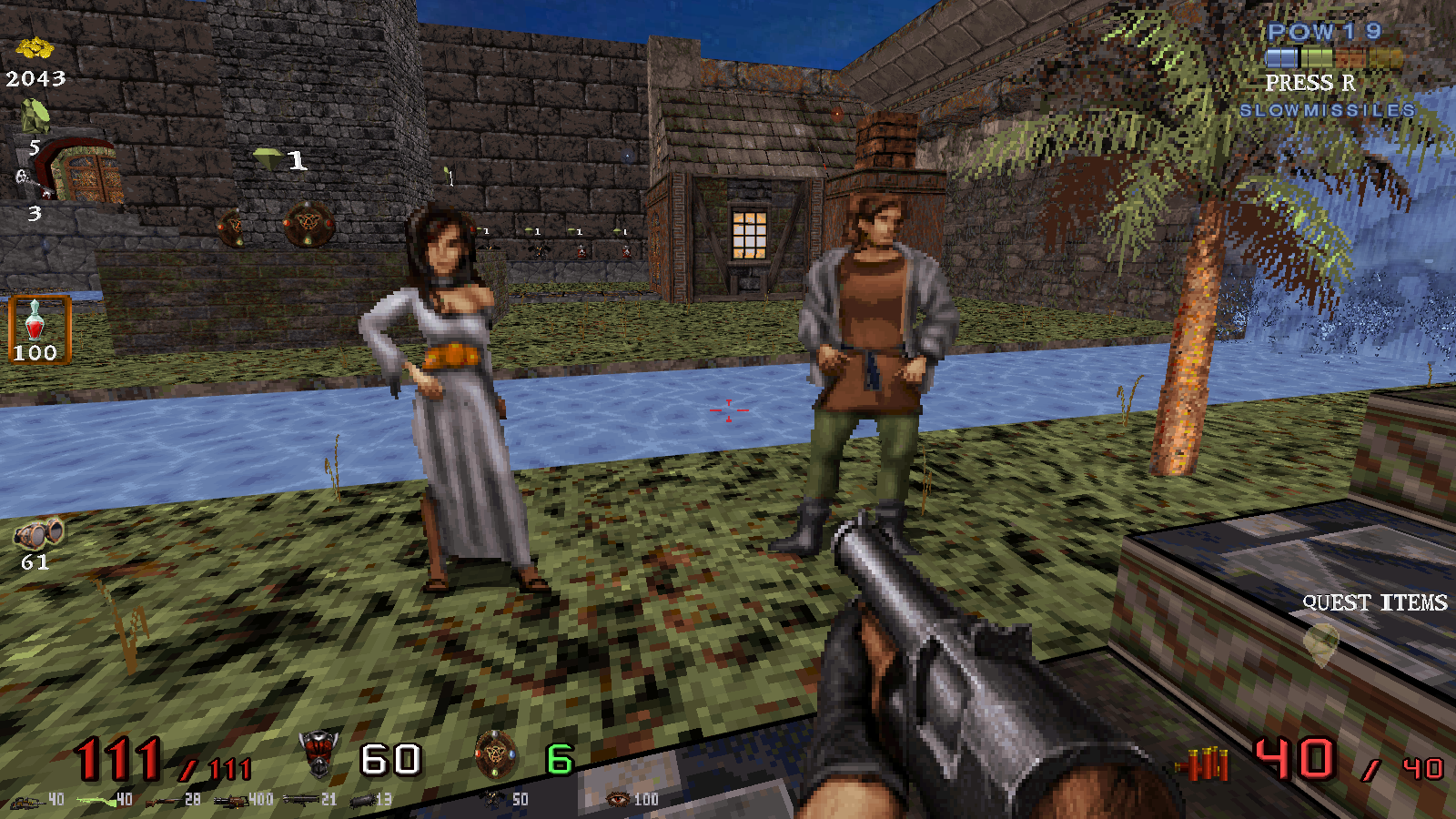 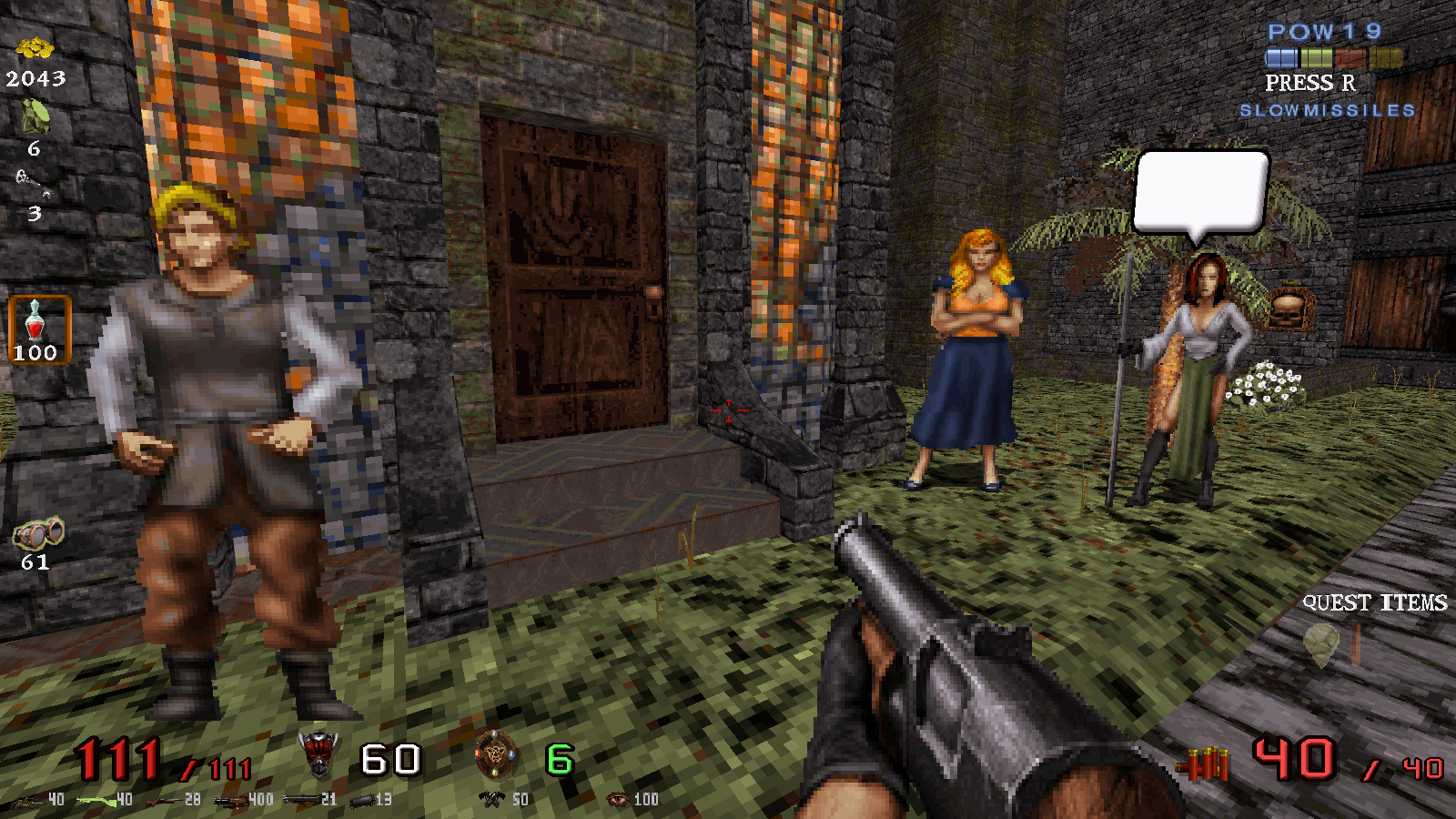 A female townsperson walking around -- not an exact copy of DF commoners but based on the same concept (I'd say she has a Victorian air about her though). The animation is impeccable. 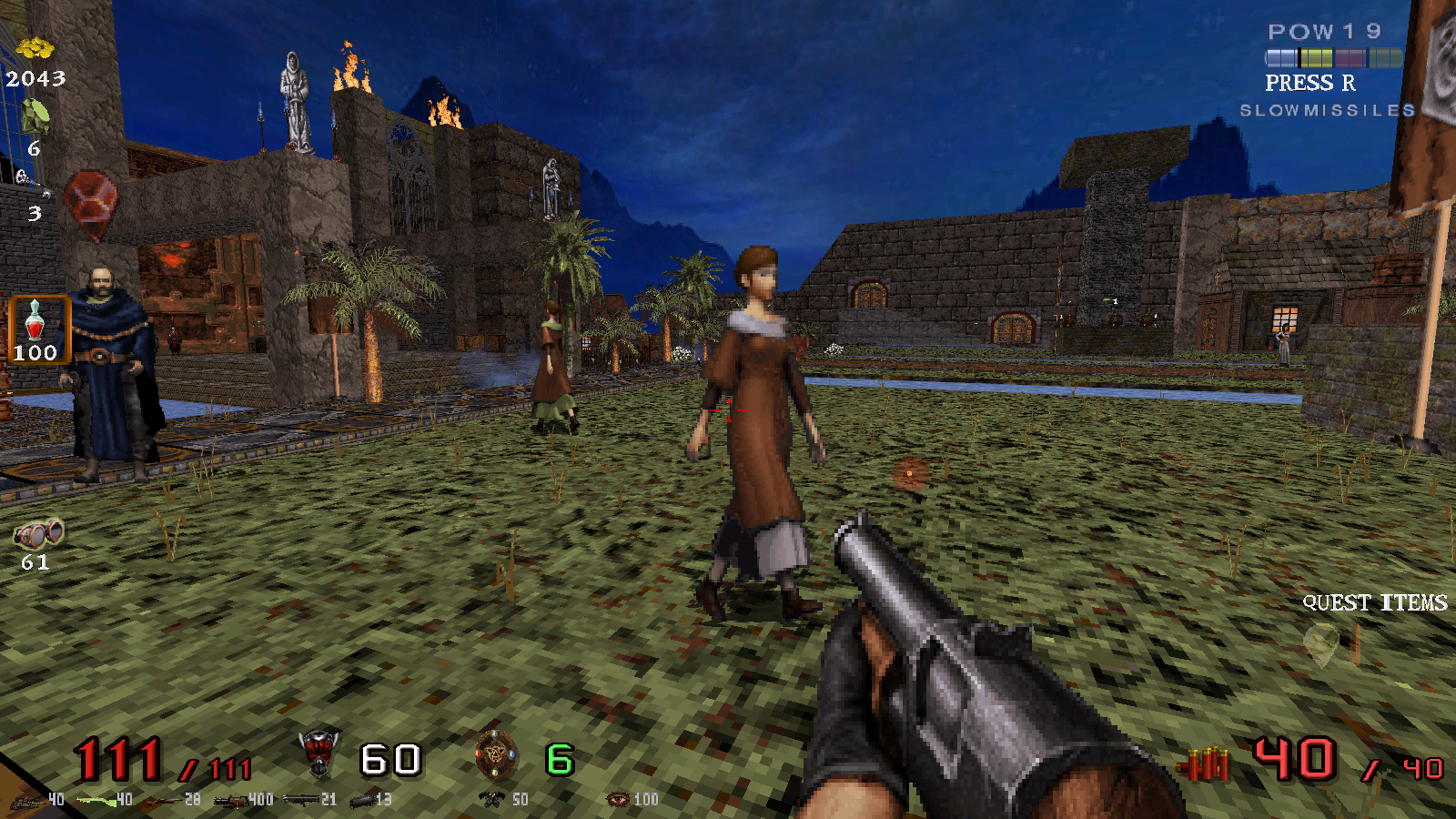 Some farm workers, these don't seem to be directly based on DF sprites but you get the idea. 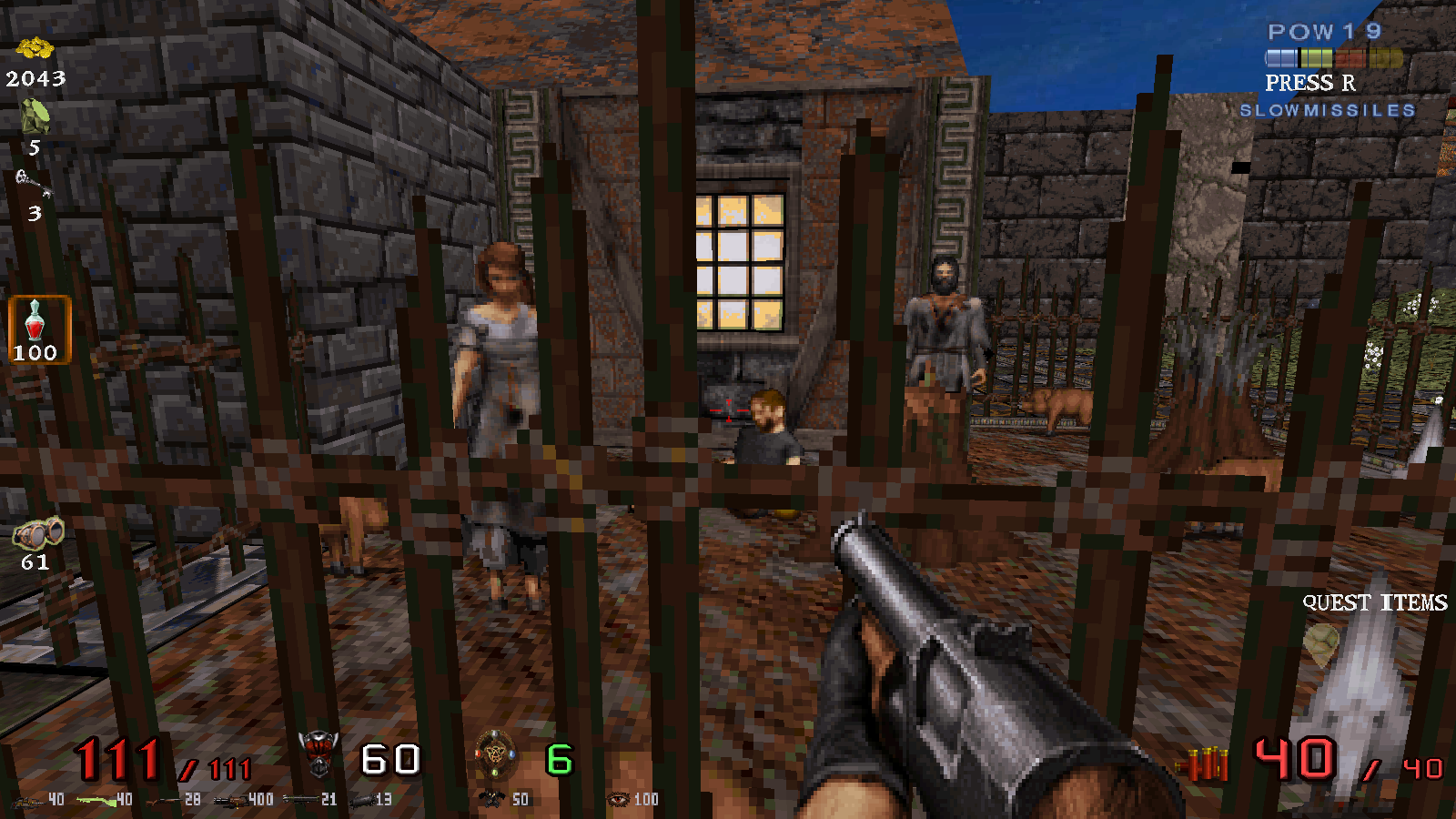 Besides this stuff, which is purely cool IMO, the game plays well too, at least if you're into FPS gameplay with a mix of modern weapons (but you can also choose to play as a knight guy with sword, shield and bow) and fantasy plus some role-playing elements, a good helping of exploration and secret-hunting, and some innovative mechanics.
Daggerfall clothes & armour fix | DOS Games Archive
Top