by King of Worms
Yes, those interaction modes are quite archaic, like in old adventures where u had walk to/inspect/interact/talk to modes, which was not very user friendly... would be nice to have it somewhat automated (as a option)

I use the old attack modes

by Hazelnut
Thing is if you remove too much of DFU's daggerfall-ness, it's not going to feel like Daggerfall anymore. Everyone probably has a different line for this however.

by King of Worms
Agreed... its a slippery slope :/

But this one always bugged me somehow... those accidental clicks on a doors, when you have steal interaction and the time moved one minute past the closing time of a shop... you get in and hear HALT HALT HALT... happened way too many times

by Jay_H
An alternative would be to use a Morrowind-style toggle button, like holding "control" to work in steal mode.

King of Worms wrote: ↑
Fri Jan 11, 2019 9:12 pm
But this one always bugged me somehow... those accidental clicks on a doors, when you have steal interaction and the time moved one minute past the closing time of a shop... you get in and hear HALT HALT HALT... happened way too many times

by Zadroter
Well I sometimes accedentaly click on "rest" in city which result as bad thing, in morrowind it is forbidden to sleep in cities at all
But well, this is part of experience

by mikeprichard
Yep, these are exactly the kinds of annoyances I'm talking about (and lol at Mr. Bean). Either way, having to frequently (remember to) switch between the modes just to complete common tasks (rather than simply left- or right-click as I suggested) is unnecessarily cumbersome, even for veteran players who may take the archaic vanilla control scheme for granted. And the optional sneak toggle is something else I've suggested here. That would be a very, very nice optional improvement as well, with the side benefit - in conjunction with the suggested "alternative mode" scheme - of more intuitively segregating lockpicking/pickpocketing actions from non-stealth actions.

Again, I'm not planning to do a real playthrough myself until after DFU 1.0, but I'm hoping some of these things happen over the next year or two. We'll see!

by King of Worms
Lol the more we dig in the more things appear. I must agree with Mike here... and yes, accidental rests... and also, why can I "loiter" for just 3 hours? Why not at least 6? I guess its to force you to use inns. But it doesnt work. If I want to wait 6 hours until shop opens, Im not gonna run to rent a room and rest 6 hours, I will loiter twice

I need to use keypad to enter that number, standard numbers dont work. And only one enter (I think the one at keypad) works as "accept"
This whole process should be doable just by mouse...

Im not sure which scene of Mr Bean you reffering to, but I can imagine somehow

Btw Mike, consider making a avatar below your name, it makes easier to recognize you in discussions
I typed MIke Prichard in google and it suggests you should use this one
And I think I agree... 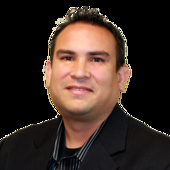 by mikeprichard
Got my avatar locked in. Just me playing DFU on a weekend.

And yeah, when it comes to good UI design, anything that reduces unnecessary clicking/keystrokes without changing core gameplay is good. Not having to first toggle among F1-F4 just to accomplish basic in-game functions would be something that in no way alters the content or challenge of the game (combat, questing, etc.), while streamlining the player's interaction with the game world. I didn't think of KoW's example of the loitering UI, but unlocking values greater than 3 hours could be another little improvement of this type. (One could argue why this was intentional, but it seems an arbitrary and pointless restriction to me as well - you're just gonna click again anyway; maybe up to 12 hours could be allowed.)

I'm of course very hyped about graphics and sound mods (DREAM looks to be getting better and better, among other old and new staples like Distant Terrain, Enhanced Sky, Remastered Music, etc.), but what I'm most looking forward to with DFU are these small but significant quality of life improvements. We've had 20+ years since classic Daggerfall for CRPG UI standards to evolve, and wrapping the core Daggerfall gameplay in a more convenient and intuitive UI scheme (with options as warranted, e.g. the must-have 16x inventory grid) is where I think DFU has the biggest immediate potential to be "the" way to enjoy the classic Daggerfall experience today.

by King of Worms
I must just say amen to that
PS: you dangerously remind me of Todd Howard on the picture