I don't know about DFU, but until recently BuildGDX (one of the ports used for Blood) would blur sprites at non-power of 2 sizes. BTW I recently released my new upscale pack for Blood if anyone is interested.
Top

I don't know about DFU, but until recently BuildGDX (one of the ports used for Blood) would blur sprites at non-power of 2 sizes.

I believe DFU atlases all the individual frames into a power-of-two atlas, so I don't think that's the issue.


BTW I recently released my new upscale pack for Blood if anyone is interested.

Looks RAD! I've been wanting to play some Blood for a while now. Testing out your upscales might be the very thing to get me back into it.
Top

Blood looks great. Ill give it another shot

Its a game I enjoy all the time, those insane priests!!

Here's an 8x experimental upscale I made. The end of the sword looks pretty ridiculous 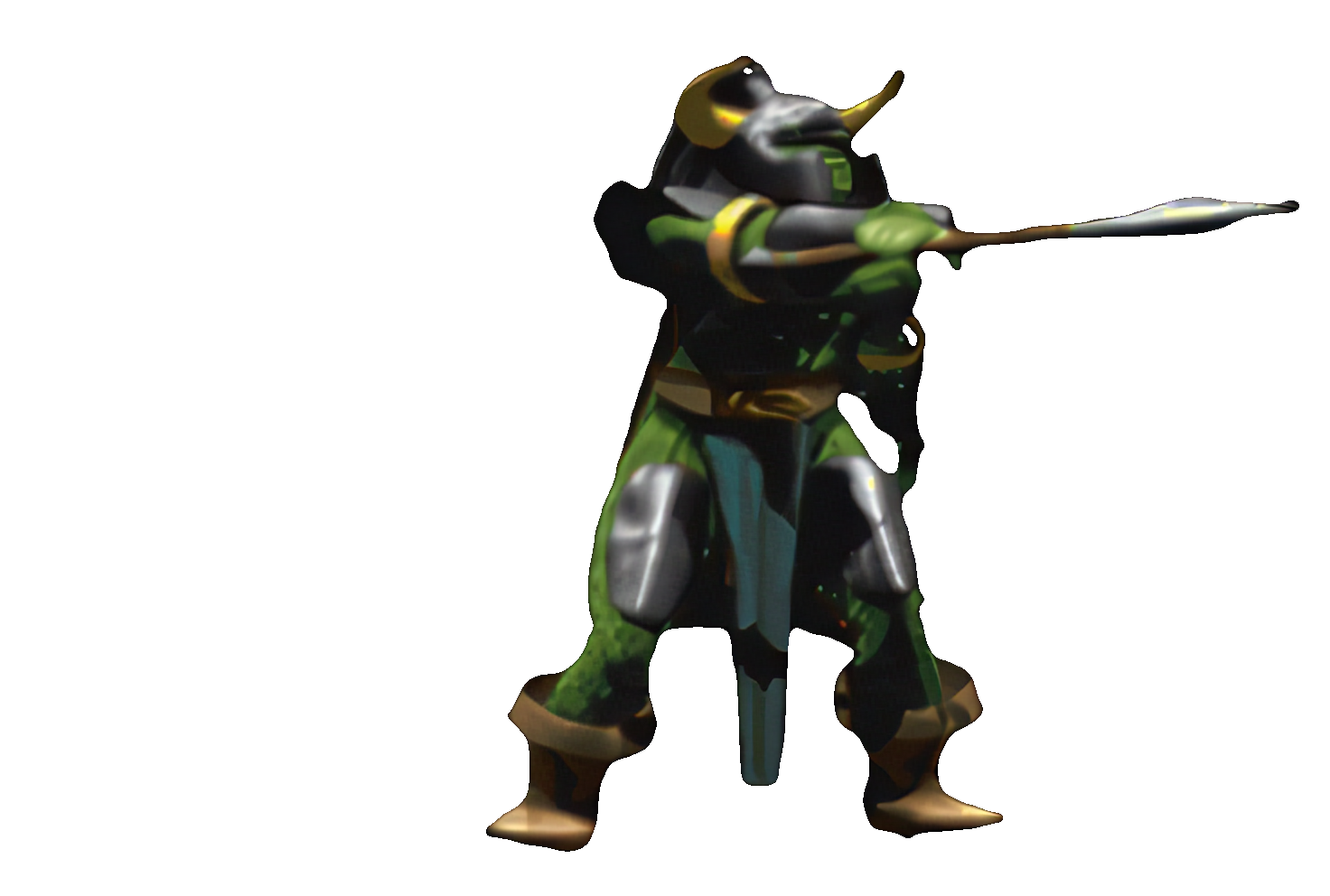 Here is my 8x version sharpened with Topaz AI Sharpen and alpha restored using your new 8x mask. It also has that little black bulb at the tip of the axe and a little black showing around his helmet's horn. I don't think this particular case will be much of a problem since this frame is only visible for a fraction of a second while the enemy is attacking, but if something like this shows up in more important frames, then it can be cleaned up by artists in a second pass. 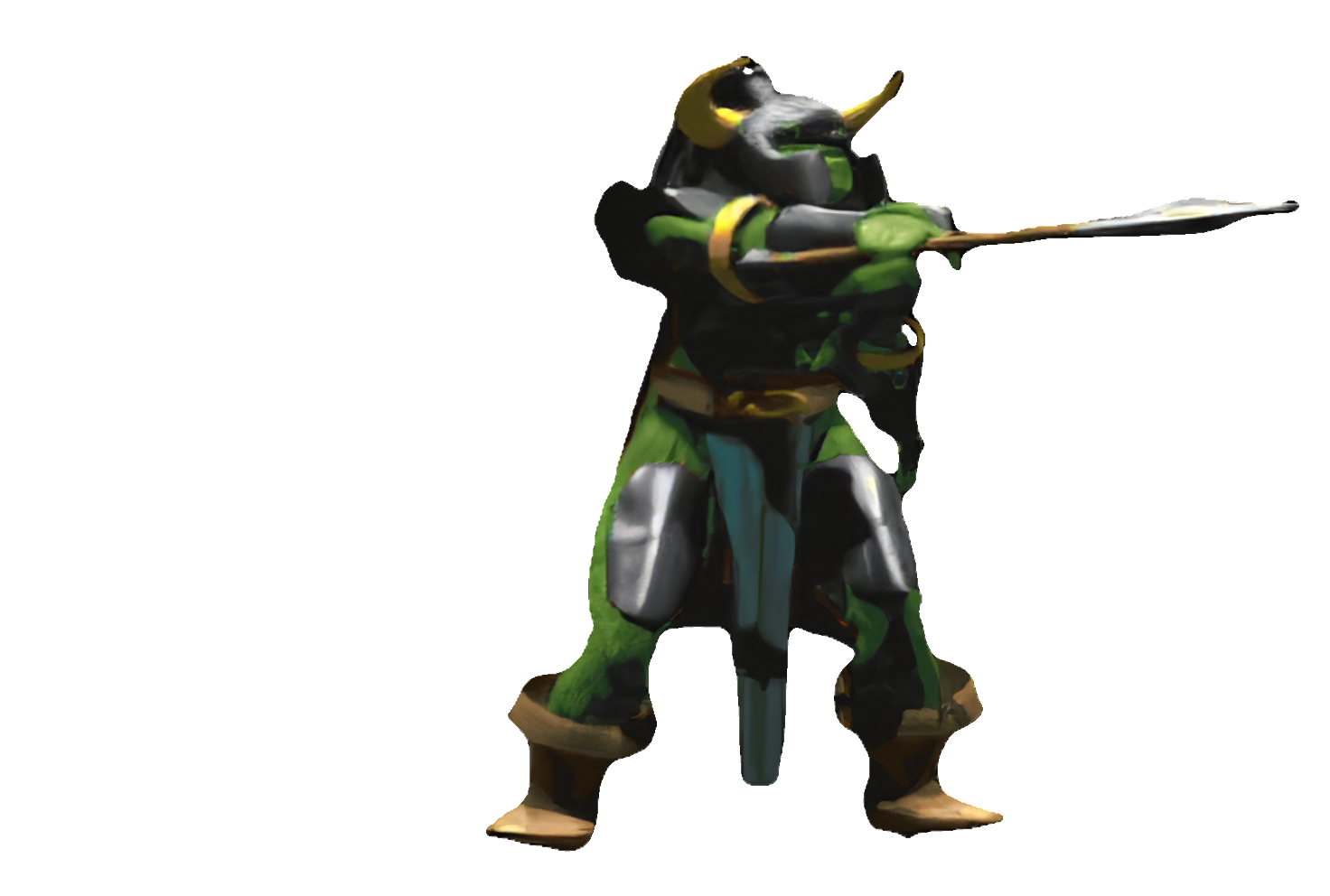 I like the sharpened version a lot. Its good to have the sprites sharp, because they will soften up ingame, when filtering/AA is applied. Yes, those small artifacts are very minor, in a motion, they become totally invisible. It would be cool to have a 4x and 8x version, I think the engine and semi-modern PCs can handle 8x no problem. And there will be some memory optimalization passes done when the game is finished. I think the engine can handle much more than what we squeeze from it atm. The focus is now on vanilla ofc, but once its done, I think a big progress will appear on how the modded game runs .)

PS: Ive tryed a linear filtering on your mobs and I quite enjoyed the results, eventho you said you dont like it. I think it looked really good
I want to try few things with the resources you uploaded, in particular I want to try to soften the outline and see how it behaves ingame. My mobs have soft outline and I GUESS they blend somehow better in the game. But that can be completely the result of a 2x the resolution Im using.

Btw, if you used the old Master for building the DFMOD, which you did, than the compression used was legacy LZMA. Thats bad. I saw how even this relatively small mod takes a lot of time to initialize. LZ4 will improve this a considerably .) There is always something to improve, and getting the 1st version out is very important in this process. So big congrats on that''!
DREAM Nexus: https://www.nexusmods.com/users/73250038?tab=user+files
DREAM DFU Forums: viewtopic.php?f=27&t=1168
https://www.guru3d.com/news-story/foldi ... mance.html

My goal for the next version is to have all the front facing MOB frames upscaled to 8x vanilla + sharpened, add emission maps to the MOBs that have glowing red eyes and the fire daedra/golem, and either try to replicate Pango's charcoal ghosts or create my own method.

At the moment, I got all the forward facing MOB frames upscaled and sharpened. I may have overdone it on the sharpening on some of them, but overall they look pretty good, I just need to apply Phredreeke's new 8x masks, which I'm working on batching in GIMP, and they should be good to go.

I am a little concerned that the size of all ~4000 4x res MOB frames weighed in at around 200 MB, while just the ~700 front facing 8x res MOB frames came out to over 800 MB. Like you said, in today's standards 1GB is trivial space on the hard drive, I just feel bad for those folks who have a slow internet connection to have to download 1GB for just the MOBs. I will think on it, but I'm leaning towards keeping PVE at 4x at the highest and passing on the 8x stuff to you. I think DREAM is more driven towards top fidelity whereas PVE is driven more towards "enhanced vanilla."

For the ghosts/wraiths, I will have to digest Pango's method for a while to better understand it.

After I get all that done, I think I will take a few weeks or longer off this project and focus on some IRL projects that I'm getting behind on.

Great idea on having only the forward facing frames at 8x
When I was experimenting with such a stuff, I came to a conclusion which can be summed up with this picture..
Im not sure you included the "hit" and "view 360" to that 8x part. Its just a thing to consider.

I think you might offer ppl 2 versions?
1st the small one and than 2nd with 8x parts?

I agree that DREAM aims a bit higher in terms of HW requirements (and it is GREAT you decided to keep the HW requirements lower, because now ppl with various setups can choose - more options is always better)
So it would make sense to have a option in DREAM with your mobs at 8x. And just keep the PVE base separated - I can ofc promote PVEbase mod in my front page as a recommended option for ppl with lower end HW.

All in all, we will figure it out

And yes mate, I just NEED to wrap DREAM up and release all versions and enjoy the summer.
Its been basically TWO years on this mod... So I completely understand you.

I can certainly upscale all the other the MOB frames to 8x and let you do what you want with them, but they won't have that final sharpened result.
Top

Oh ok, I dont think those few missing frames in 360degrees will be a problem at all. And I feel you sharpening pain mate

Thinking about it, I guess if the rest was 8x, it would fit better than switching from 8x sharpened to just 4x when the mob turns around.
So if its not a problem to just batch the rest of the 8x frames, it would be cool. So the resulting package is as high res as possible.
I feel so bad for requests like this tho...