Show off your mod creations or just a work in progress.
Post Reply
128 posts

That is some pretty heavy stuff
Check out my YouTube Channel!
Top

I'm not sure if this could be of any help, but recently I found a rather nice neural network model for ESRGAN that works rather well on producing clean upscaled sprites, including the paperdoll items for DF: 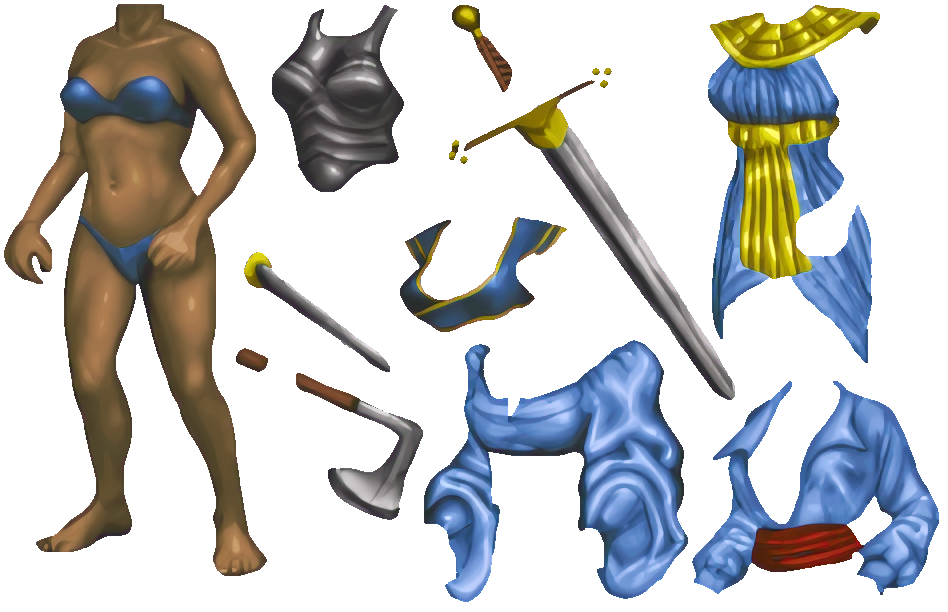 It's only 4x but I think one could do 8x by going a second iteration after scaling down the 4x result to 2x. Haven't tried this yet because I'm stuck on CPU and processing goes slow.

NOTE: The above is the result already with cleaned up edges, for which a rather simple automated procedure is used.

I described how the method works here, and the interpolated model that I used to produce the above here.

The same can also do some decent faces (nothing exceptional though): 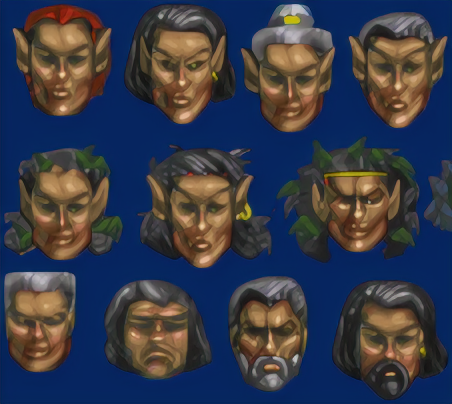 I wonder if this could be helpful as a base for your edits?

Hi, thank you for the information. However, Adrinus and King of Worms provided me with ESGRAN versions of the items already, which is what I am already basing most of the clothes on.

The armors however are from scratch, as well, original variants are just recolours.

Also yes, I am planning to try and get as many armors on that level and eventually finish the detailing (those are rough 2-3h sketches, but at this point quantity > quality. )
Top

Some progress from the weekend, quick takes on morrowind and skyrim steel armor.

Excuse me while I go clean the drool off my keyboard, this is some seriously sexy stuff being created here. Gods be praised indeed!
Daggerfall Unity on UESP: https://en.uesp.net/w/index.php?title=T ... fall_Unity
Daggerfall Unity on Nexus Mods: https://www.nexusmods.com/daggerfallunity
My github repositories with mostly DFU related stuff: https://github.com/BadLuckBurt
Top

I'm back, decided to work on the ebony armor, quite happy with this. 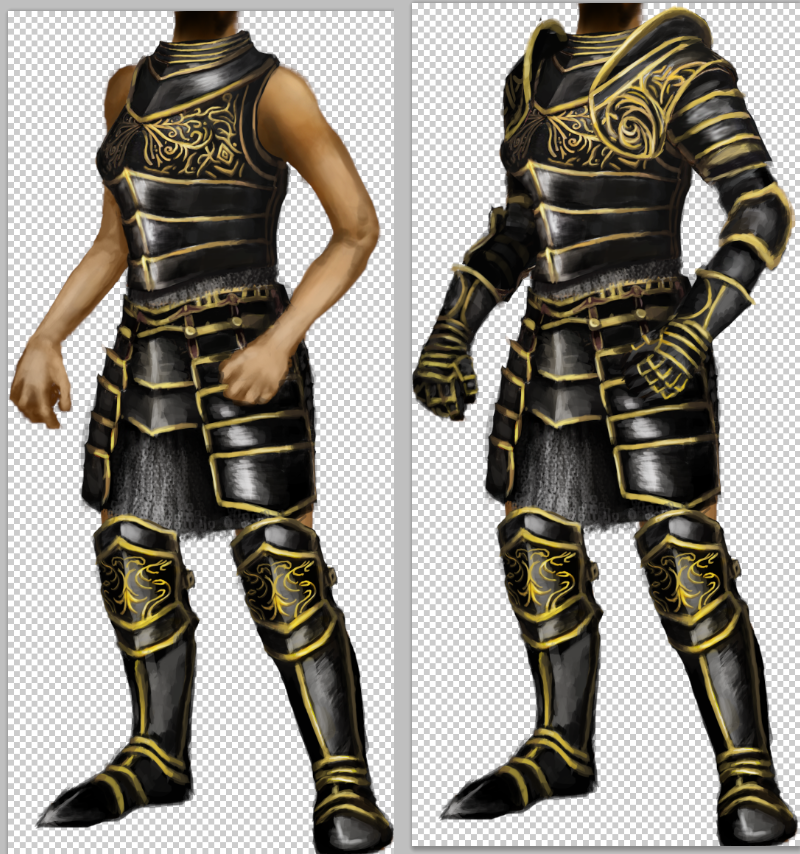 This looks fantastic. I'm really impressed with the work being done on graphically overhauling the game.
My released mods

Gorgeous!
See my mod code for examples of how to change various aspects of DFU: https://github.com/ajrb/dfunity-mods
Top

! Dont forget to backup your work pls, either on some server like mega or dropbox or another disc

! Dont forget to backup your work pls, either on some server like mega or dropbox or another disc

I do version control after every armor I get around to a separate drive and to the cloud, no worries there. Unless all three fail, which I highly doubt

Decided to go on a tangent today, was supposed to go for Morrowind concept art but I got distracted. Lots of stuff here in this one that I don't like, so ill probably end up modifying this one heavily.