by King of Worms
- Nikita, its possible I will change the colours again, I understand your POV. I might return some things more to vanilla. Everything is WIP - thanks for opinion.

- Arl, you can cretate some incredible stuff for sure while staying vanilla friendly . I have no idea if it is possible to transfer that displacement map in a game tho. But I guess Unity is quite flexible...

Trying various themes. This is the last stage (I tryed various colour themes, than I decided to go by the banner colours. Purple was bad. But this shade of blue fits both the big rooms, decorations, and lots of NPCs in that area. 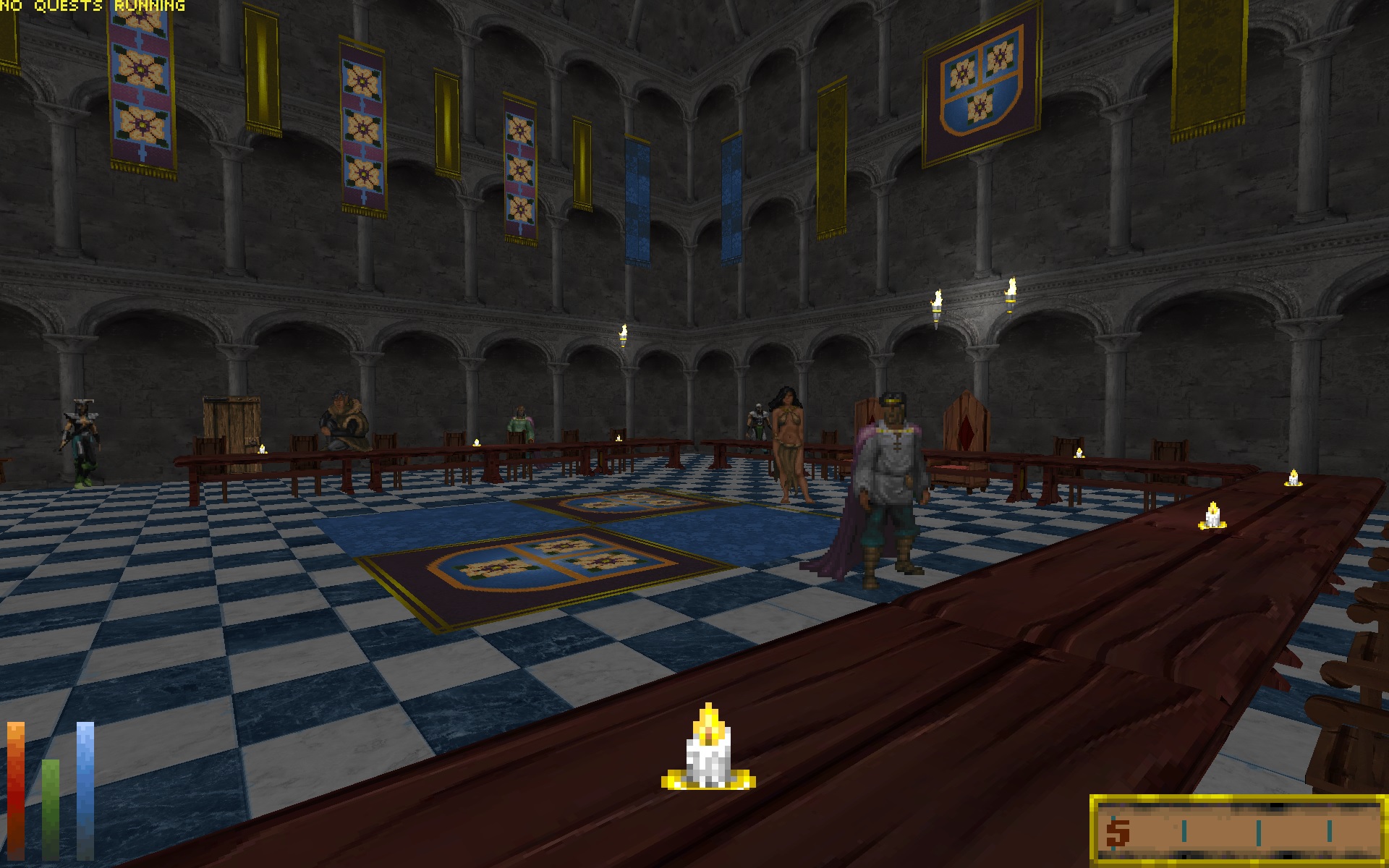 Wayrest entrance:
(Any way to retexture the big 3D collumns pls? And the front of the stairs) 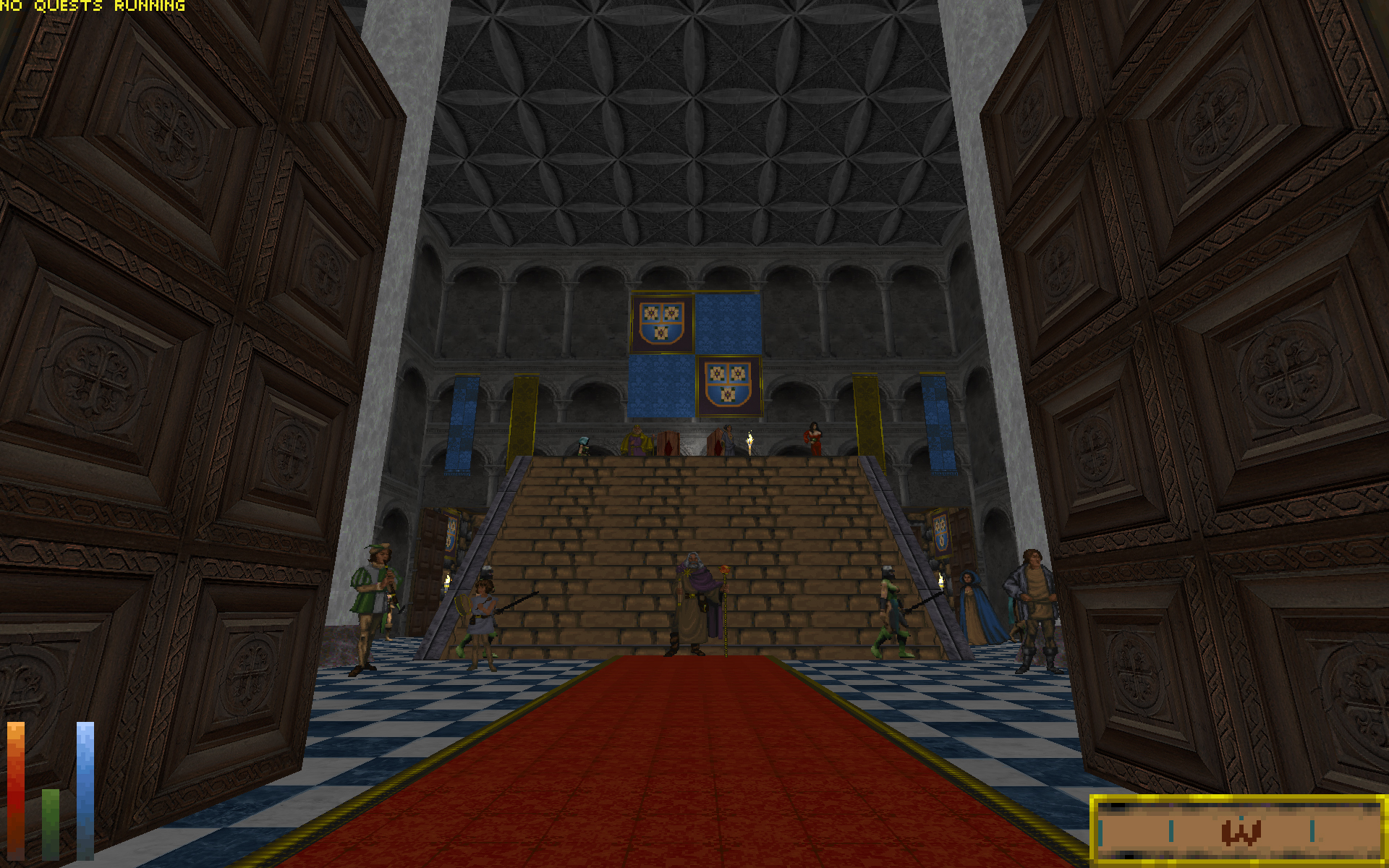 by NikitaTheTanner
Wow! Wayrest looks really nice, actually! And I like how blue tiles look on this picture. Honestly, the worst part on the picture is the clunky coat of arms (square roses and blocky shield, meh), everything else looks really neat!

And I am definitely not against you experimenting with textures and seeing how different things might work. It was just my 2 cents about the particular castle. Even if you decide to leave them green, I will still enjoy these textures a whole lot!

by King of Worms
Today I was tuning some previous Crypt textures to adapt to more "realistic" style I took, its painful...

Than I went on to desacrate the final castle - Sentinel. I changed the floor texture to something more oriental. Those things at the ceiling are diamonds. I quite like this look so far. 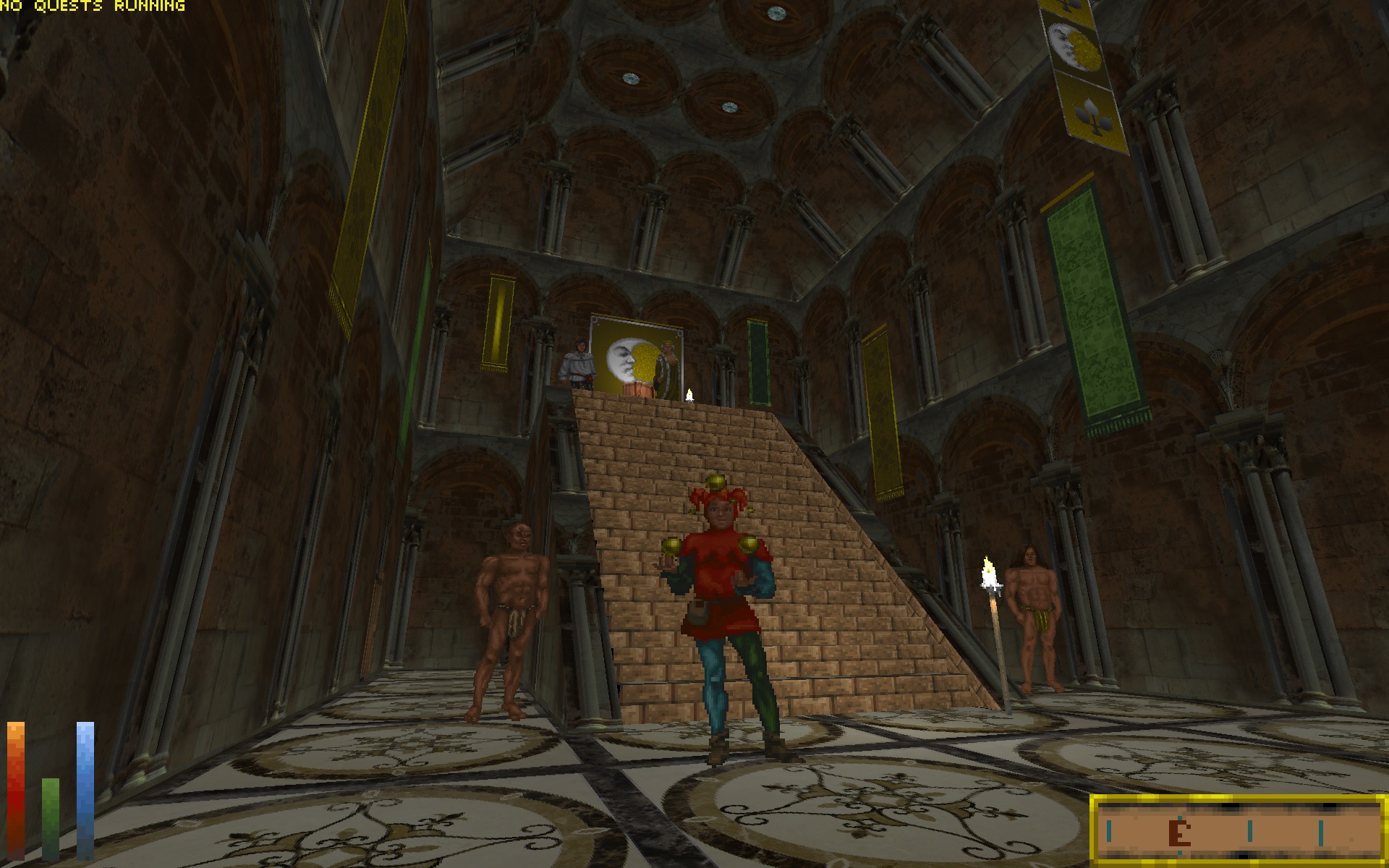 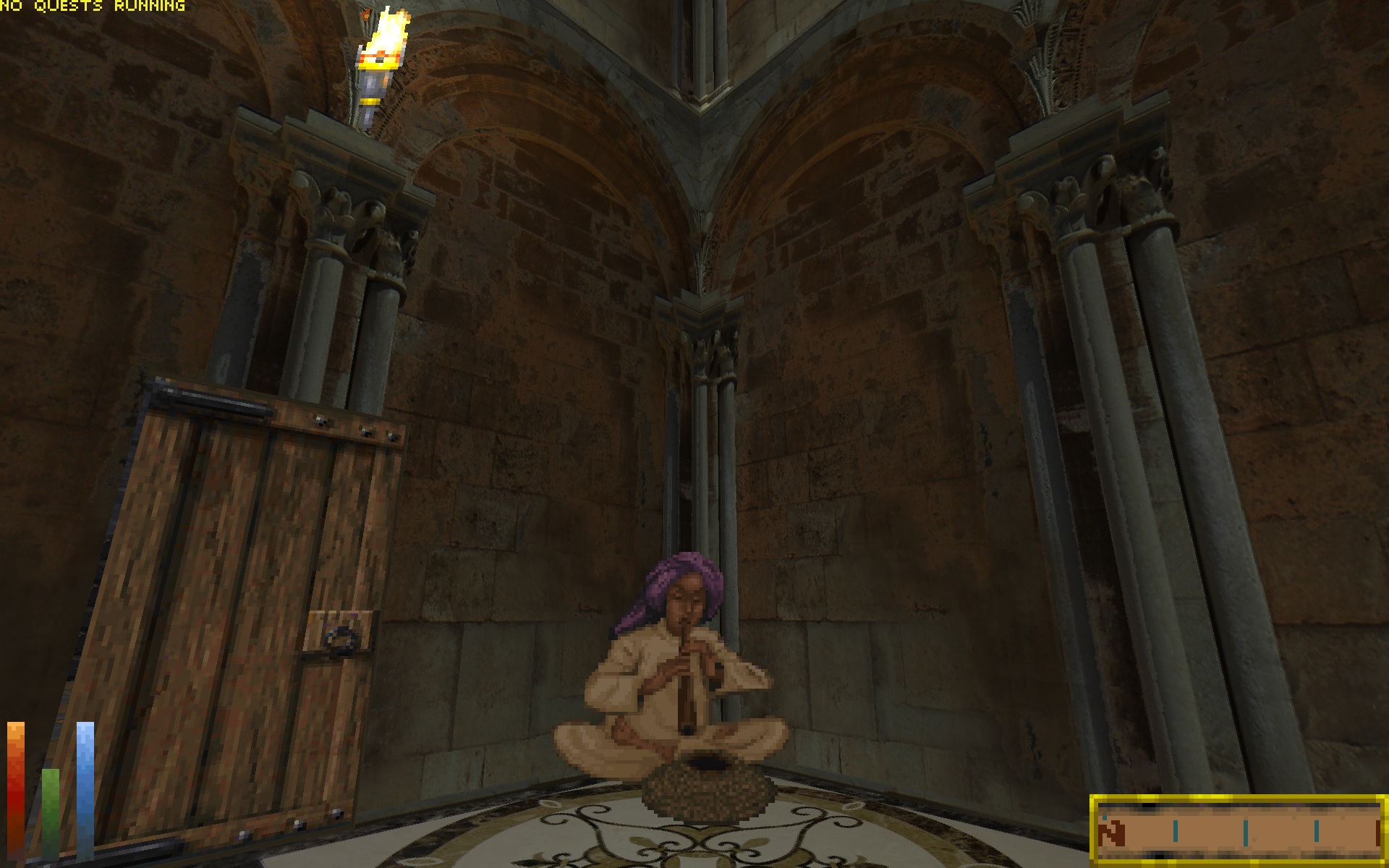 by NikitaTheTanner
OMG! I love the new floor, it really transforms the place to oriental fairy tale. Pretty cool! Realistic walls on the other hand, they are not bad, but I am not sure about them... Still, it looks like a big improvement overall. Good job!

by Interkarma
That looks incredible! It feels more like Sentinel than ever.

I might try and get a little more of that original sandy/yellowy/brown colour from vanilla in.

It reminds me of TombRaider somehow.
But i love that game so that's not a criticism.

by jman0war
Are the long tables in Wayrest feast a little oversaturated in Red?
I suppose that's AlexanderSig's model?

by VMblast
Hah, these all look really interesting and nice.

by Midknightprince
@King of Worms

by King of Worms
Dark lord must now recuperate his creative power, also his cousin has a wedding this weekend and dark lord must buy a present, which he already should have done, but was too bussy desacrating the catacombs and castles.. LOL