by Jay_H
Hey there everyone, one of the most common complaints casual gamers have about Daggerfall is the complexity of its dungeons, and how looking for a quest objective can be a week-long ordeal. I think its developers made a big effort to have epic and challenging dungeons, and maybe excelled a bit too much in that regard. In this topic I want to develop some ideas of what a more ordinary block-based system would look like, making dungeons that have about the same number of blocks but without the high level of complexity Daggerfall dungeons normally do.

You all know I have no technical ability so I'm just doing designs and concept work. But if we found a way to reassemble classic's assets into new rooms and blocks, then ran a dungeon generator similar to what Lypyl did previously, we could create dungeons that take about 15 to 30 minutes to run through at most. I don't know if it's possible to replace blocks directly and rewrite Daggerfall's existing dungeons, which I guess would be a popular mod. If not, we can implement them in other ways. by NikitaTheTanner
I don't think complexity is the biggest problem, really. I think the bigger problem is the absence of any logic in the layouts, occasional broken dungeons, and difficulty to differentiate between quest objective and random items/enemies in the dungeon.

But yeah, even simpler dungeons might be nice as long as original huge ones are still present and fairly common. At least for me they are a big part of the charm.

It would be great to have some sort of dungeon generator for Daggerfall. Perhaps one that would randomize dungeons for each playthrough even, with ability to configure complexity and variety of dungeons. Some options might include things like minimum scale, maximum scale and a slider to determine how common these would be in general.

Though I am not sure if it would be possible to achieve with standard blocks. Perhaps it would need to be a whole new system, with custom blocks and models. It certainly is a far fetched project in any case, but if someone were to implement something like this, I would recommend to keep the system as modular as possible for potential inclusion of new models/dungeon types, etc.

That might be our only option to get full control of dungeon difficulty at some point, but I don't see a system like that implemented in the near future, though it would be very cool and useful, I agree.

by Jay_H
Maybe what we're looking at is a system to categorize dungeons. We can split the blocks into difficulty groups: my Blocks 1 and 2 would be very simple (level "A"), my 3 to 6 would be simple (level "B"), and so on. Some of classic's blocks would be level C through G, with G being like Lysandus' Tomb or a couple of the most confusing dungeon blocks.

A system could be set up to generate dungeons based on prefabs of size and complexity, where alpha level dungeons could be 5 to 7 blocks of level A and B, beta level could be 6 to 8 blocks of level A through C, gamma could be 7 to 10 blocks of B through D, and so on. This would allow for a huge variety of easy and hard quest locations. As the player gets familiarized with a region, he/she will know which quests to reject and which to accept ("Kill a zombie in Old Gwynona's Haunt? No thanks").

Just substituting dungeon blocks alone would be a really interesting mod to me, since that'd change up a lot of the Daggerfall I've grown so used to after all this time. by VMblast
I think that the future of the DFU MODing is this (or something close to this). 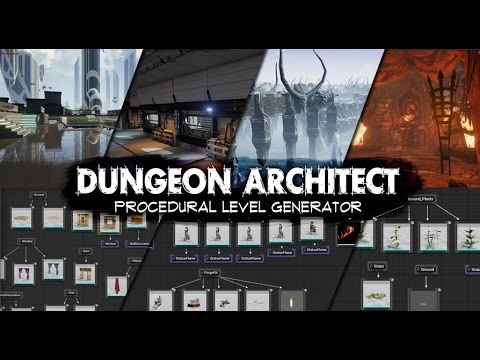 
....well actually this should replace everything else (dungeons, towns, roads, buildings) in the original code/game. VMblast wrote:....well actually this should replace everything else (dungeons, towns, roads, buildings) in the original code/game.

Replacing city blocks is another good idea, in my opinion. It makes me think of a redesign project with several house blocks and a single "commercial district" in a single city. (And it would open the possibility of new store types and new buildings, too. Jails? City guard outposts? Mage laboratories?)

Here was what Lypyl did:

And there is hope:

Lypyl wrote:My plan is to do exactly what you're describing once we're further down the road.

by Biboran
For me custom dungeon blocs is most MUST HAVE FEATURE to see!

But not to make it more casual. I thinked about uniqle dungeon sets. Daggerfall has dungeon types, but for most dungeon type is just tell what enemies you encounter. But imagine, what if you get real PRISON or REAL GIANT STRONGHOLDS or real CRYPTS when you visit it - each type of dungeon with totally uniq set of models, like it in later tes games. PRIVATEER'S HOLD IS REAL PRIVATEER'S HOLD, NOT RANDOM CRYPT!

And then you may add more new dungeon types - Dwemer dungeons, direnni ruins etc. For me this is one of the things that tes2 miss to become really awesome and not boring game for all people.

by VMblast
@Biboran
Yep and yeah Privateers Hold was always like tailored.

by Jay_H
If future Daggerfall Unity can join specific dungeon layout types, I'd be happy to tailor things to that

Most of what I've had in mind is bandit hideout and generic connecting pieces, but if there's some future method of putting together a five-stage crypt or prison, I'd totally start putting some diagrams together 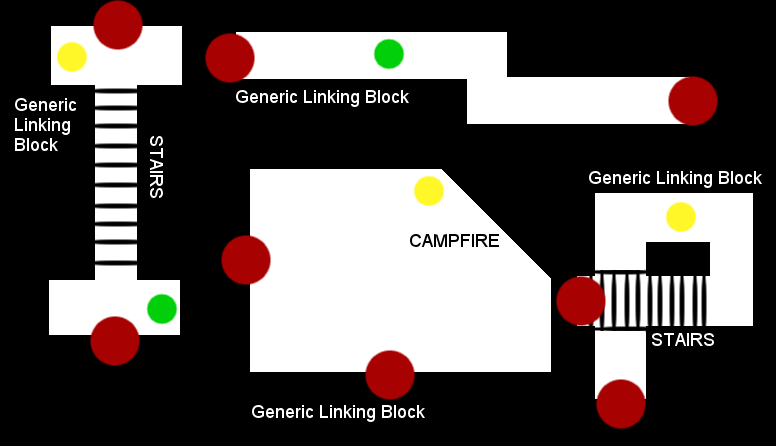 by Jay_H
A user on Discord is creating some new sample dungeon blocks for testing. If someone were willing to make dungeon blocks moddable, there's test data to use now.
All times are UTC
Page 1 of 4