Since DFU 0.11.5, I added a way for mods to modify and add spells through a JSON file, SpellRecords.json

I recently released my magic overhaul mod, Unleveled Spells. The mod modifies almost a hundred classic spells, adds new ones, and has had to go through many icons and numbers. Doing all of this by hand through a text file would have been tedious, error-prone, and sanity-draining.

So I made a spell editor from within the game. This approach has a few advantages:
It has some drawbacks too. Having to go all the way into a character save to open it is a bit annoying, and game crashes (ex: when Unity decides to recompile while the game is playing) risks losing data before you get to save. But overall, it's worked pretty well for me.

Now that I'm done with my mod, I'm pretty confident in its basic stability. So I decided I should share it with other modders interested in magic overhauls.

Note, this is not a mod! You will have to clone Daggerfall Unity, download Unity, and clone my repo to get it working, and you'll only be able to run it from the editor.

All the info for my spell editor can be found on my Github: https://github.com/KABoissonneault/DFU-SpellEditor

Please give it a try, and tell me if you run into any issues. There's basic "installation" and "troubleshoot" sections on the repo's readme.

Here's some screenshots as a preview. 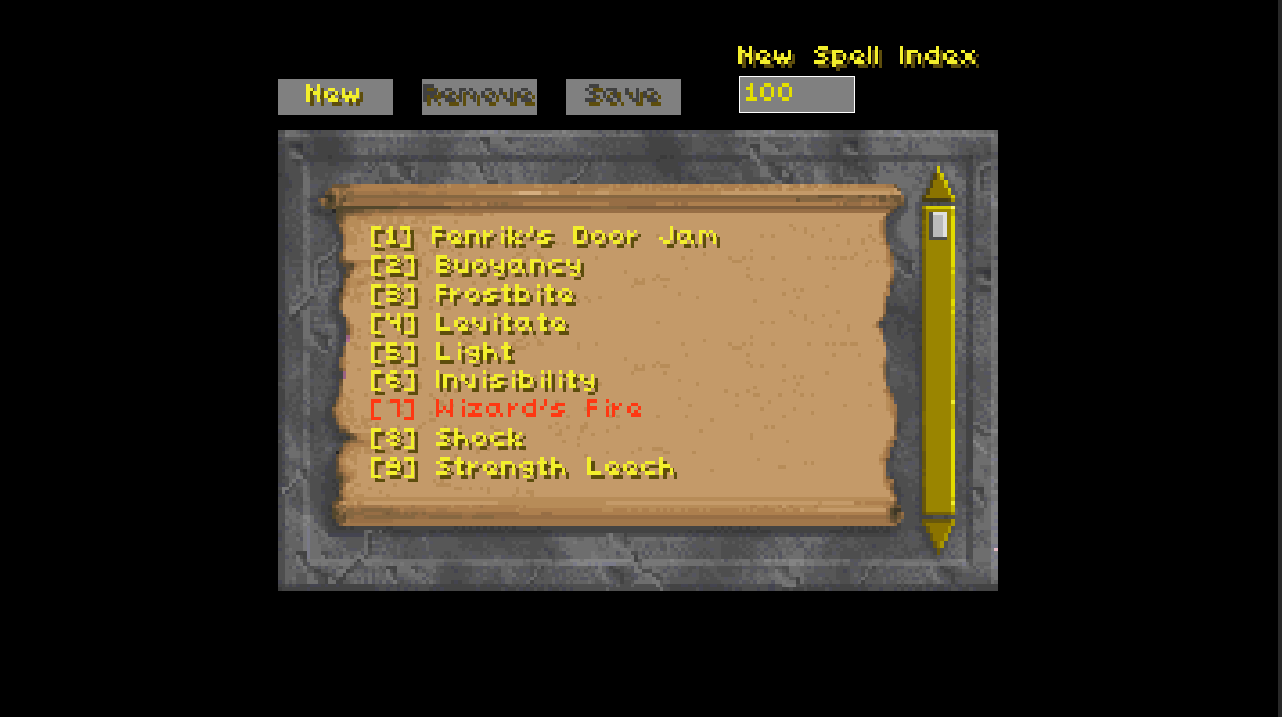 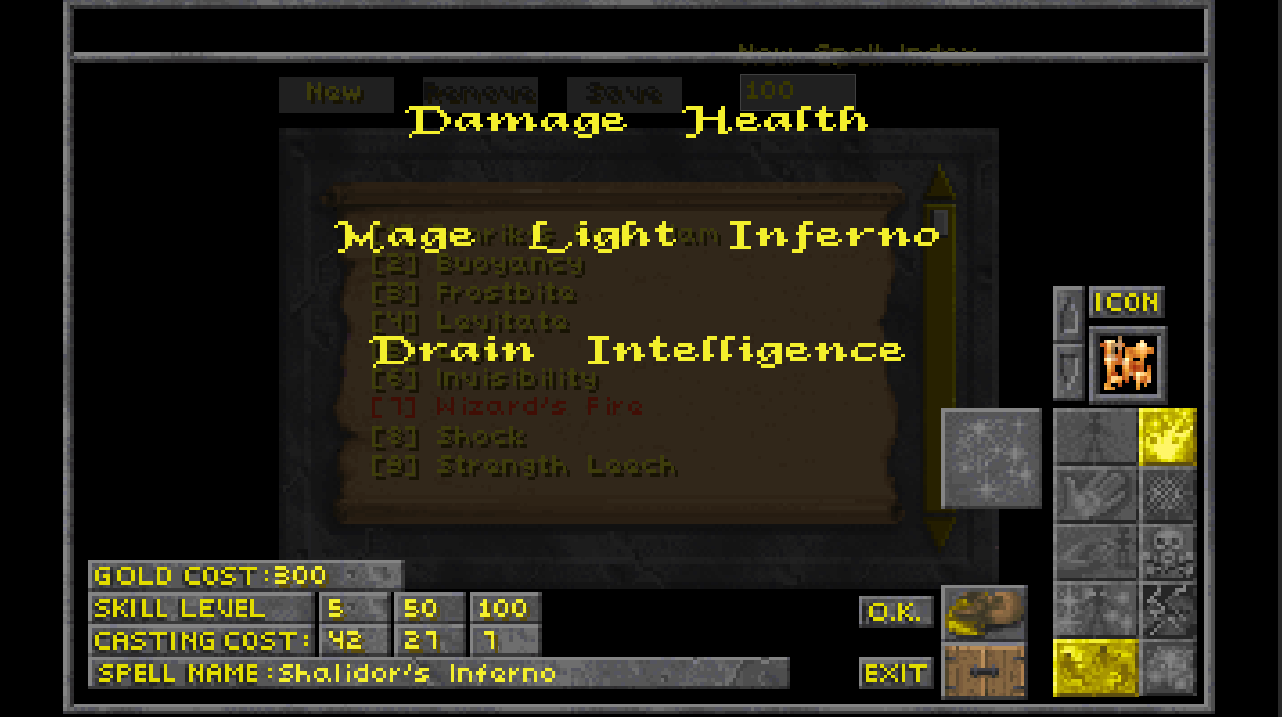