Procedure:
- find any house with roof edges;
- climb the wall;
- hang below the edge; At that point if you gave a tap backward you'll climb on top of the roof.
- But if instead you keep the backward key pressed, there's a high chance you'll be sent very high into the sky. 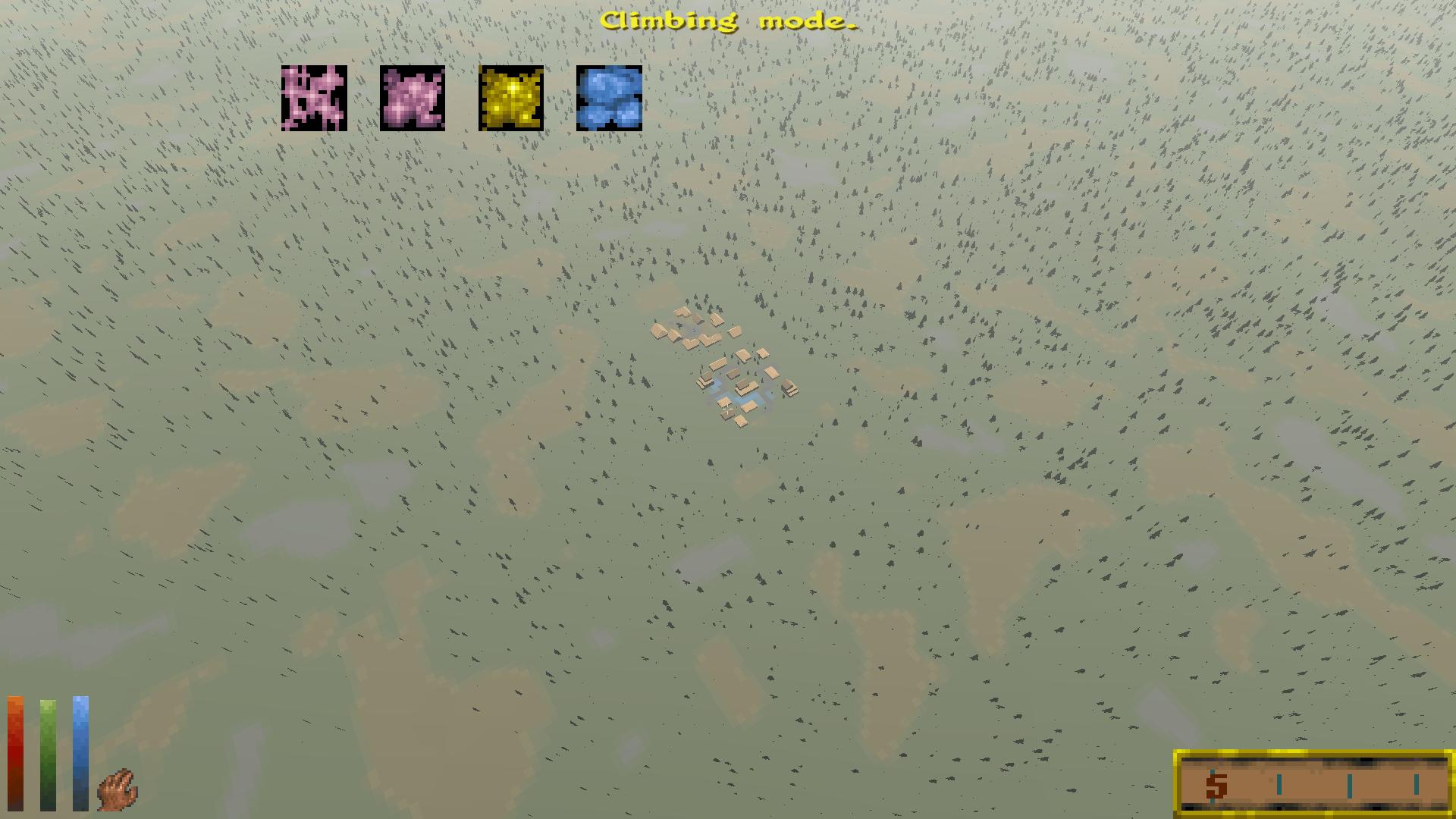 Save: in front of a random house with roof edges.

I've encountered this one before, but couldn't reproduce reliably. Thanks for steps to repro.

I have a similar thing happening in Windows but when trying to go forward or up, hitting the w key, while climbing thru the vertical wall, sloped roof intersection. This roof does not seem to have a lip that would stop your head. I provide an example location in Eastbridge in Daggerfall Province below, which is to the western part of that province).
-----

If I climb a wall onto a hitched roof on multi-story buildings, I often will continue to move forward and then be launched into the sky then plummet to the floor while the building has disappeared. UPDATE: I found that this happens even on the shorter buildings, go figure, as long as the roof has no lip and you move with w key thru the intersection of vertical wall and sloped roof. (has to be a sloped roof)

WHERE TO TRY THIS:
A building where you can test this readily is in Eastbridge, In Daggerfall Province. The building to the East of Trististyr's Equipment causes it every time.

Understand, I can't stop the FORWARD nor UPWARDS motion, even if I have the upwards for climbing or forward for movement key off.

Again, I'm taking my finger off the S key well before I launch, but the motion continues.
UPDATE: Hitting the W key to reverse does not prevent it, either.

WHAT HAPPENS THAT IS BUGGY:
What seems to happen is that once I reach the end of the vertical wall, I continue to climb and continue to move forward, at the angle of the slope of the roof. On these buildings, there is no lip to keep you from moving higher. Perhaps it does not know how to let go of either the climbing up motion or the forward motion when it gets to the sloped portion of the Hitched roof. Totally flat roofs are not a problem. But any sloped roof, which does not have a lip to stop your climbing is a risk.

I suspect that is happening is that I'm moving forward and up per the game engine, but when I take my finger off only one, if any, of those motions is stopped, resulting in launching above the max ceiling which then loses the buildings and I plummet to the floor.
Top

Maybe another duplicate of the other advanced climbing-related reports?
Top

New example on stream, player managed to climb on a roof by jumping high enough, but when he reached roof top, he got sent into stratosphere... (0.10.11)

Also, he installed Ironman in "let's install all the mods" mode, so he immediately restarts from Privateers Hold...
When a measure becomes a target, it ceases to be a good measure.
-- Charles Goodhart
Top
Post Reply
5 posts • Page 1 of 1