by delvisomanda
Hello, this is the first time I've made a topic in this forum.
I am currently trying to improve an impartial Spanish fan translation, which is available for the original game. But I have a problem, which is that all the changes made to the qrc files, specifically those of the initial main quest, are not shown.
Here's a small sample that in the original game you can see the changes, but not in unity. 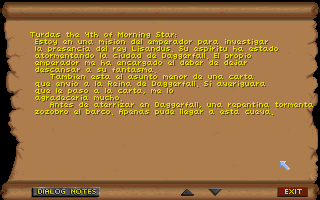 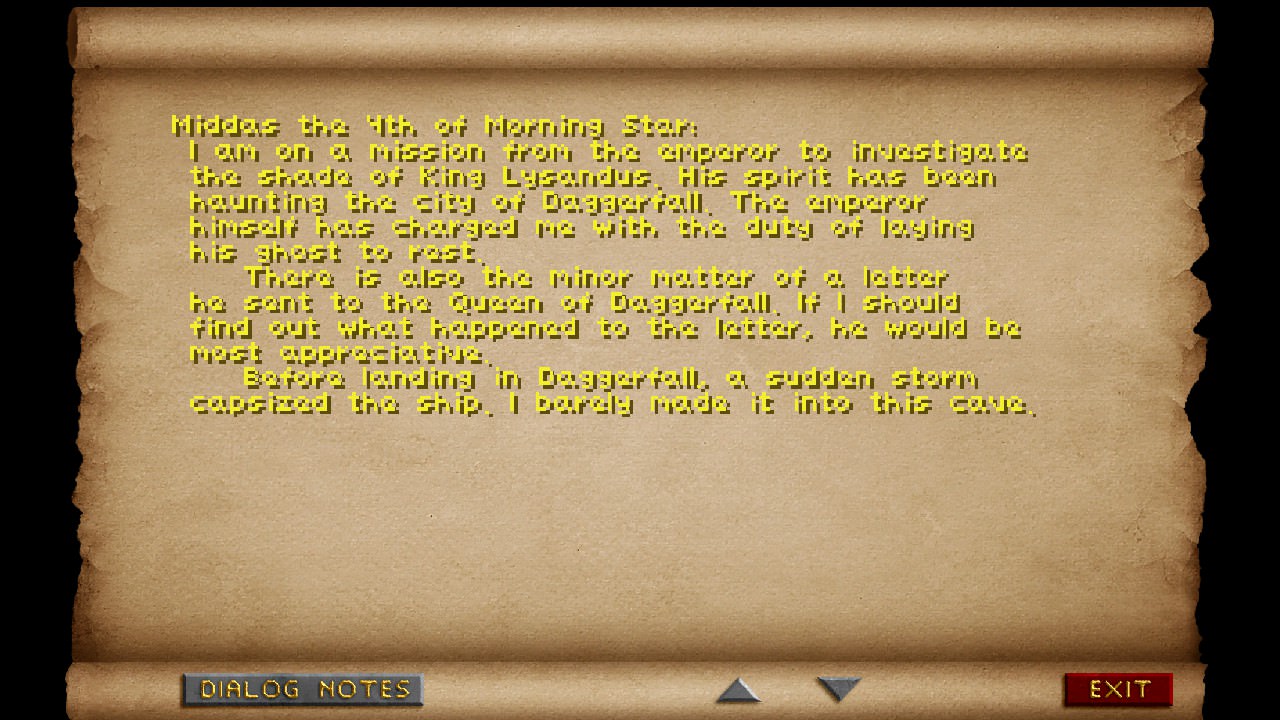 by Hazelnut
The quest files have been processed into a scripting language and are packaged with DFU, you can find them in StreamingAssets/Quests directory. You may want to check out the pinned threads in the quests forum to find out more about how these files are edited.

by delvisomanda
Thank you, I really don't know how I didn't notice it before. But I'm gonna take a look at what you told me.

by Interkarma
As Hazelnut mentioned, you'll find the quests scripts in the StreamingAssets/Quests folder (you can ignore .meta files on git). In your builds, this path is in DaggerfallUnity_Data\StreamingAssets (right next to the DaggerfallUnity.exe). The quest scripts are compiled at runtime so you can make changes and test them live in the game.

I would clearly like a better approach to translations in Daggerfall Unity. This was a goal early on before I learned the full extent of how difficult a process this would be. Daggerfall itself makes no concession towards localisation, which makes it very difficult to build this layer in without sacrificing some of my other goals. It's something we as a community should be able to improve later in the lifecycle but right now I'm mainly focused on gameplay features.

by delvisomanda
I don't have any technical knowledge, but the link you gave me leads to the github page, that if I am not wrong, if I modify something there, I will ruin the project for others. So I will modify only the local files of my pc. 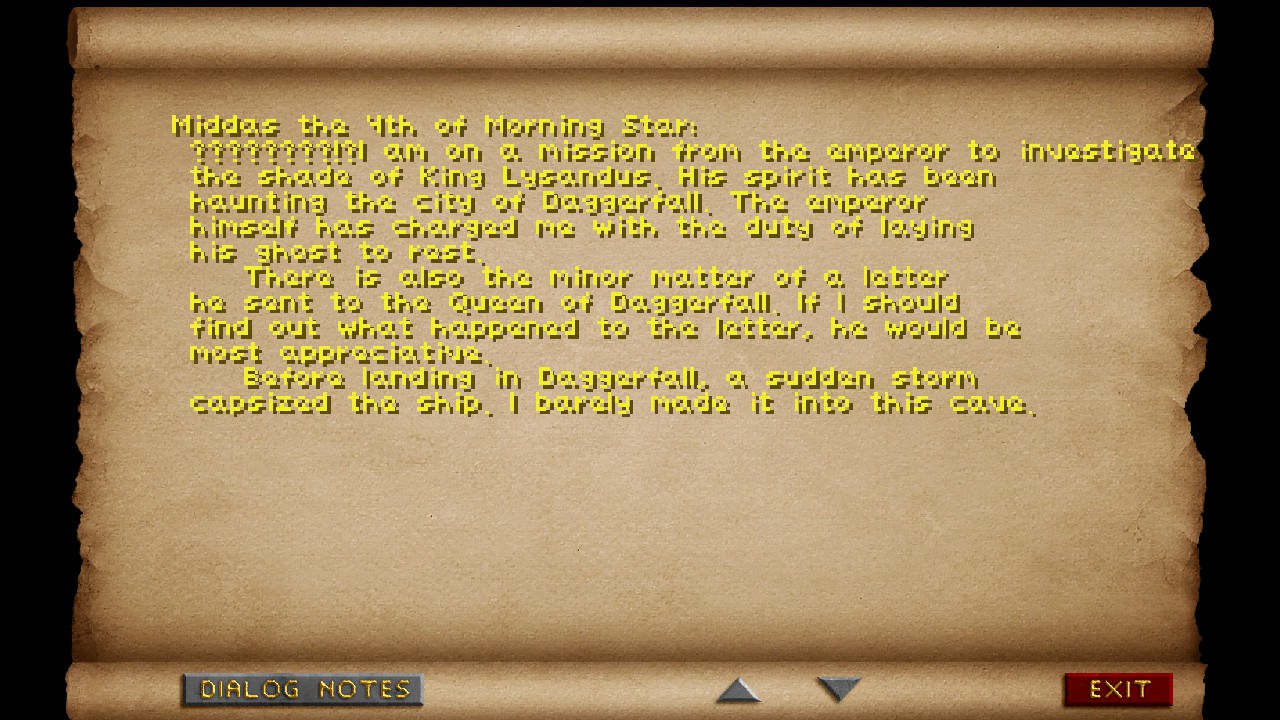 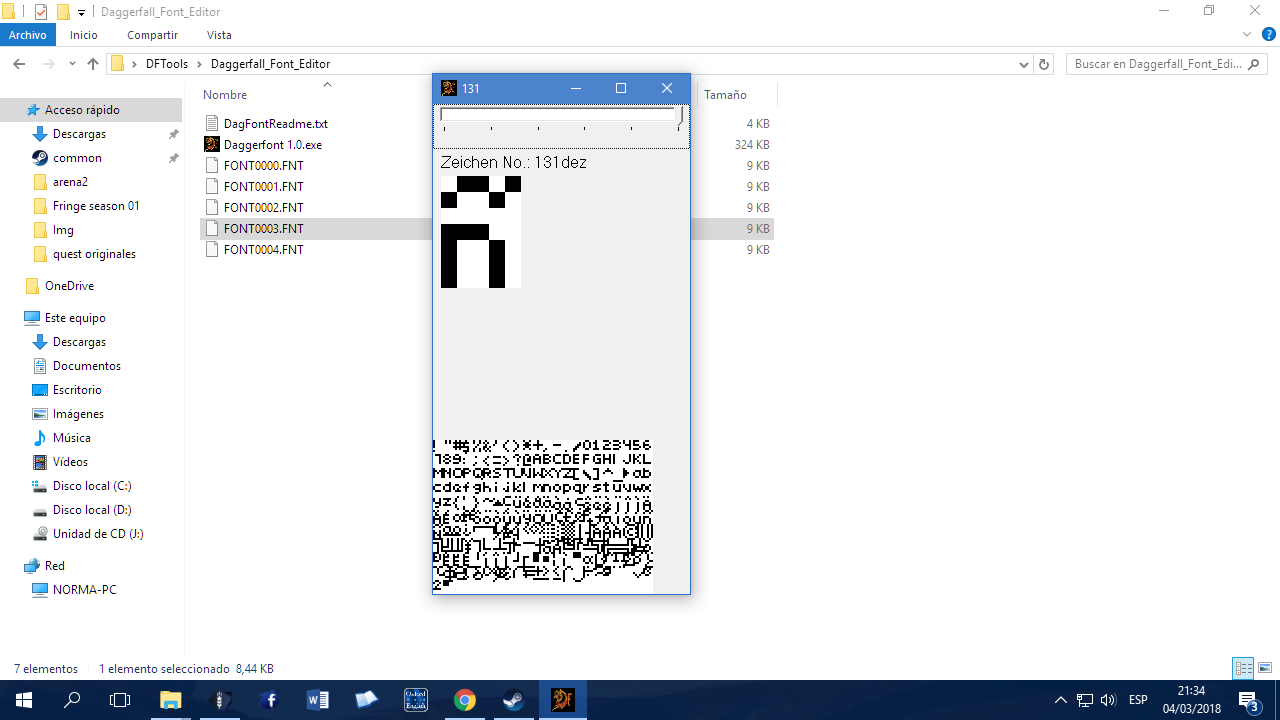 At least the letter ñ should appear if I didn't misunderstand you.

by Interkarma
What you're doing so far is translating classic Daggerfall files without considering Daggerfall Unity as an extra layer on top of classic. You will necessarily need to deal with that layer also which requires additional tools (notably understanding git and Unity editor) before you can really progress.

by delvisomanda
Just so we're clear. I can only translate, that's my only knowledge. All the other things you wrote are out of my league. I don't have any programming skills or know how to use github.
I can avoid using words with the letter "ñ" or the other characters, in the translation. The Spanish language is quite rich and diverse. So it won't be very professional, but it will be quite understandable. The other fan translation has several grammatical errors and it is incomplete, but it is actually the only version available.

by Interkarma
I understand, that's why I'm trying to help by outlining the shape of the work. I'm trying to arm you with the information needed to succeed.

by delvisomanda
Well, here's the font I modified. I think it should work, please take a look. The program I used is a russian one, called "dffntedt. exe". 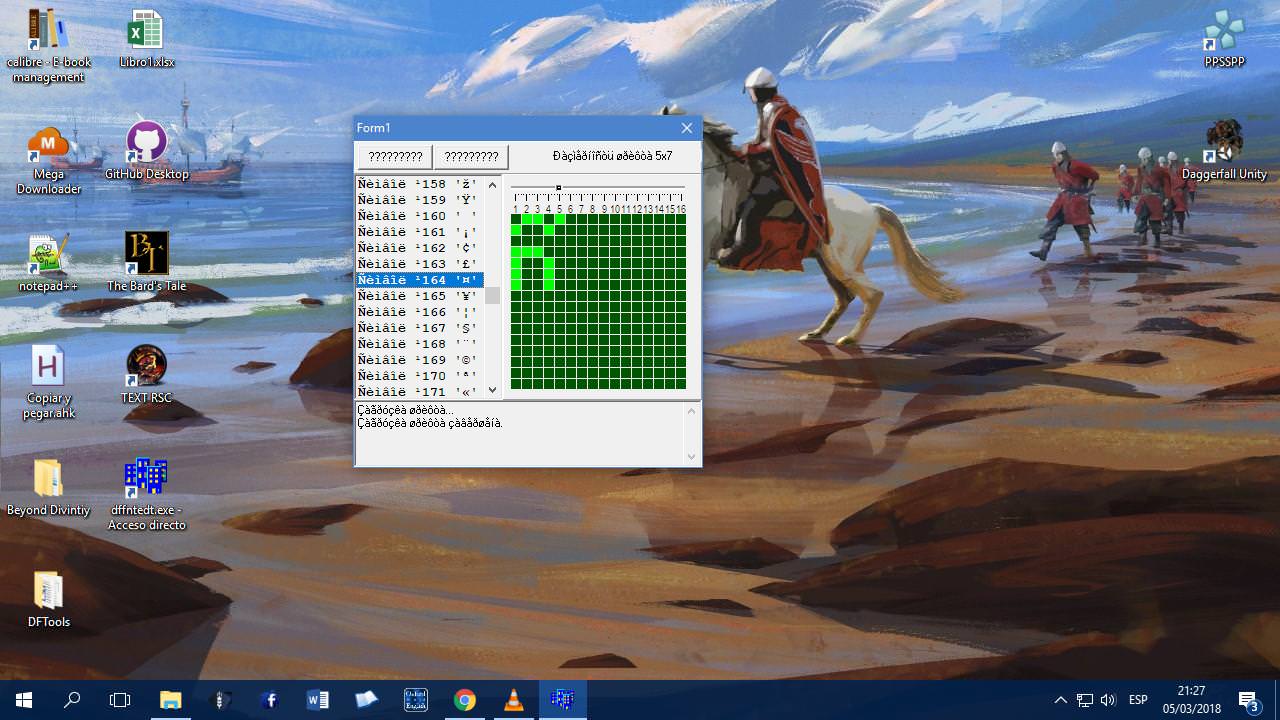 If this font works, I'll modify the others.
I apologize if I take up too much of your time.

I've already done the first item, but don't have time to look at the second issue right now. Will loop back to this as soon as I'm able.
All times are UTC
Page 1 of 3