A curated forum for compatible and maintained mods. Users are unable to create new topics in this forum but can reply to existing topics. Please message a moderator to have your mod moved into this forum area.
Post Reply
2293 posts

Also, during the day, windows are not so bright as before - again - looking more realistic. I also changed the woodland terrain textures to have more contrast, this adjusted the colours to something I like more (Thanks God for batch automation in PS)

All other terrain textures were worked on as well, Im much more confident with them now. Plus I finished the last missing set. So all the time, everywhere you go, there will be those new refined terrain textures.

So basically... there are 3 dungeons missing to complete remake. And ofc more polish and optimalization... We are getting there finally.

PS: Notice the 50% smaller Compass .) Its a combination of two compass mods and my XML files. 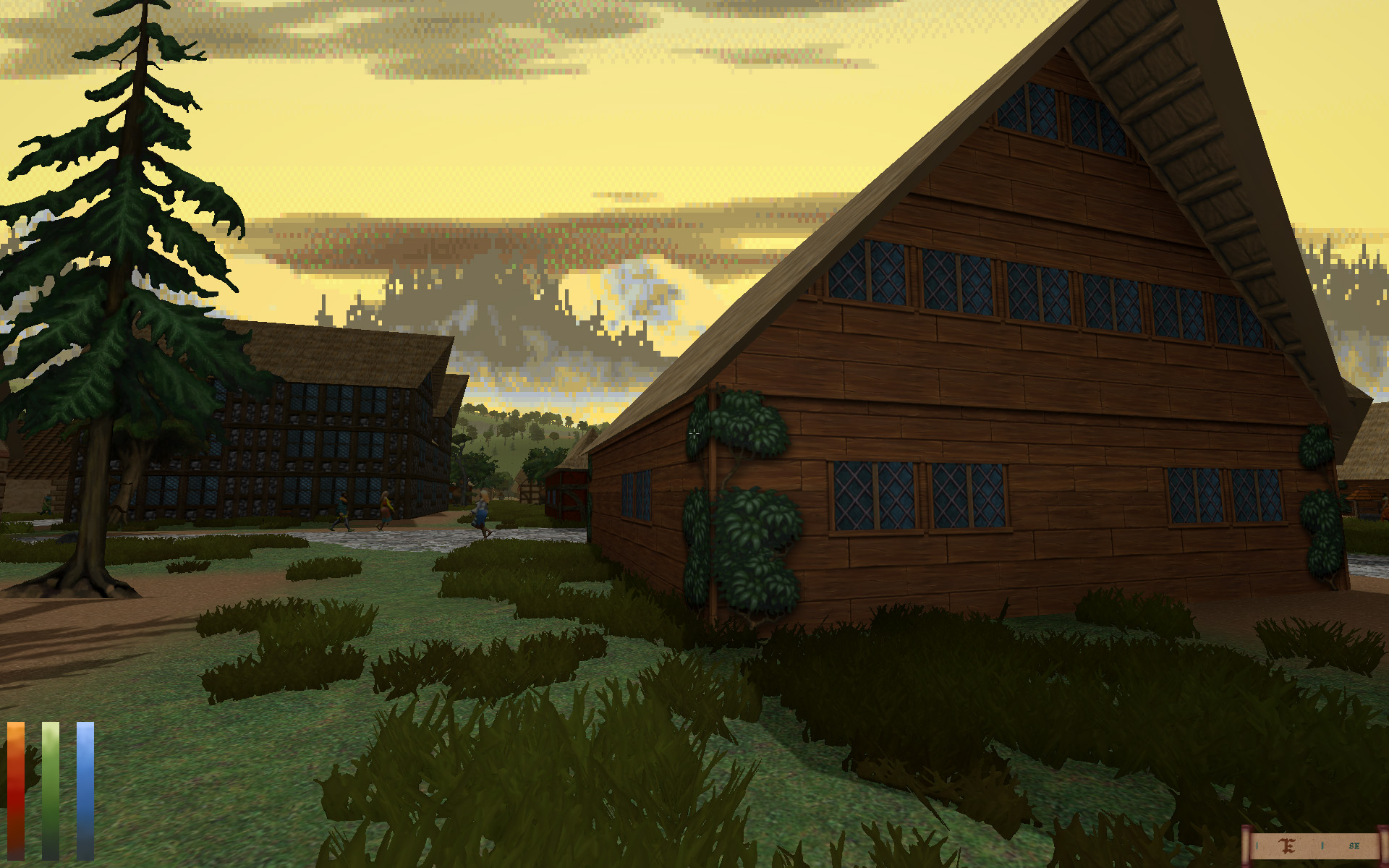 Nice, i really like what you did there. Keep up with the good work.
Top

Thank you & welcome to the forums!

Some more Dungeon Screens:
I like how wood works well in dungs, I was running out of ideas and found out I should try something else than the stones. There was no wood in any dung on Daggerfall

In a 2nd screen, you can see a texture layering. Every texture there is a blend of more than one texture. This way I can achieve better coherence in a texture set, and more grimmy feel to it.
Spoiler! 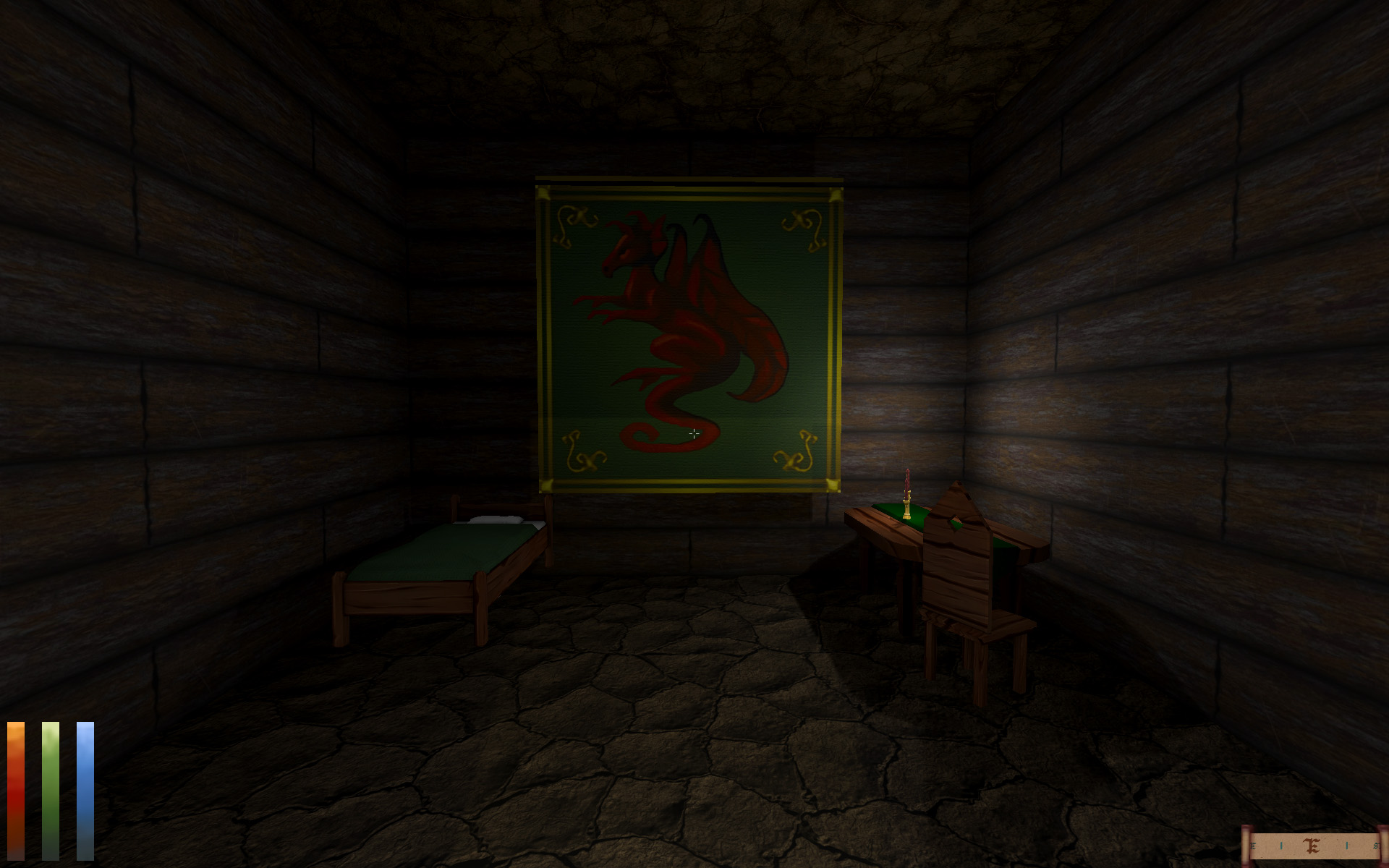 Just WOW man! How did you do that, must be some kind of magic...
Top

"Thanks for info, Ill see what I can do."

I produced terrible textures, I was not able to make them seamless & had no idea about 10s of Photoshop functions I use on a daily now. Nor I had any idea about advanced upscalling algorhitms, palette translations, texture size optimalization, or at least a general style I want to create.

Im still optimizing the texture size. Learned thing or two about it. Its not just about dimension like 1024*1024 etc. Its about the bit depth and colour range. Lots of the textures were still messy. I found out I can reduce their size while keeping them looking the same - some of them.

Textures with very subtle colour gradients of a similar colour are sensitive - for ex. if a texture has a smooth color transition from a green to a slightly lighter green, than you cant do much without sacrificing that smoothness.

On the other hand, loads of textures can be reduced a lot and look 100% identical afterwards. And thats what I did in this yet another optimalization pass.

Results are not breathtaking in a matter of total size reduction, but this is like 3rd optimalization pass Im doing, so every 100mb counts at this stage.

Since v3.0 Ive added 100 textures + I smoothed out many of the ugly color gradients on a upscaled character portraits (smoothing = size goes up)

So now, Im at the polishing stage... tweaking colors, brightness, optimalization.. I also worked on some more NPCs as well in the meantime.

I want this to feel coherent - not like a random bunch a textures. And that takes efforts.

My guess is, in one month - I will release a final version in a customizable DFMOD package.

For that, I will need help, because right now, Im not able to do so eventho I tryed hard.

And than Im done with this D.R.E.A.M

But not with Daggerfall Unity as a whole 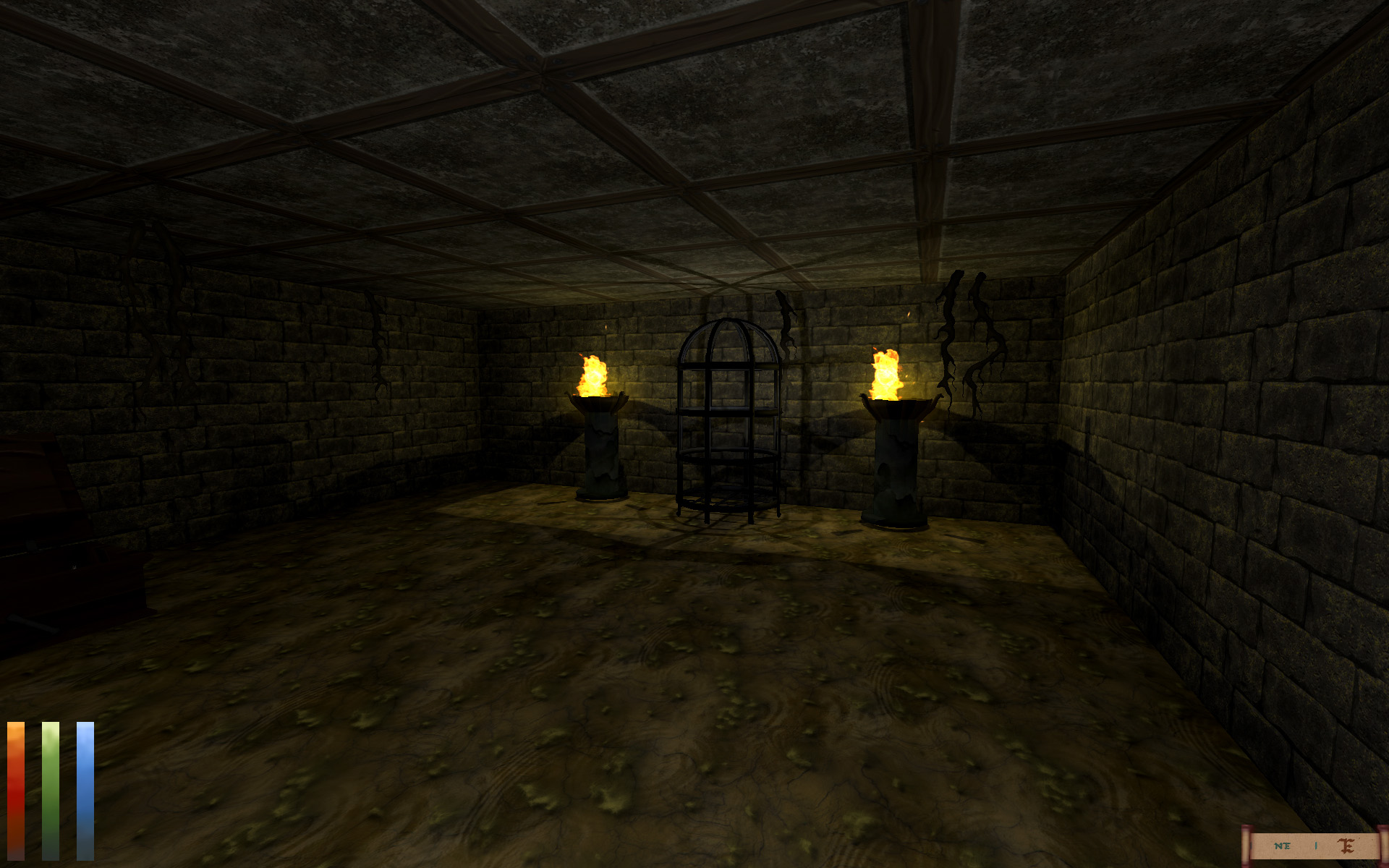 Optimizing sprites is a problem, because if you want them to fit in a world seamlesly, they need to have their edges smooth a bit. Otherwise, you could end up with white artefacts around them ingame. And to have that smoothenes, image has to be of a certain standards, and those standards take VRAM. This was discussed a lot in a past.

I found a solution to this today.

I can convert them to have a indexed 256 color range with dithering, and to prevent the artefacts, I can make the 1 pixel thick black line around them.

Original sprites are 256 colour as well, so we dont loose anything with this move.

Only byproduct is that necessary 1pixel thick black line. After some testing, I realized, its not a BIG problem, because I use this only on a enemy NPCs, and you fight them in a dark dungeons. But if I tryed HARD I was able to spot that 1 pixel thick line... as a perfectionist (

If you look at the enemy NPC texture archive, therese brickloads of images. But are they ALL really used? No, they are not.

Because as it is now, the moves we can really see ingame are these:
And thats it.
Rest of the images, are just there! And they are like 75% of the archive!

So what I did is, I kept those animations we can see in a full quality. And I made a pass on those we cant see only. Just in case anything changes in a future.

So this change... you will not even notice ingame in terms of a visual fidelity. And even if in a future we can see a enemy attacks from behind while they fight someone else, than all what would change, is a 1pixel line and I can guarantee you that you will never notice it until you know about it.

After I created a automatization and let my PC melt for a hour...

...this resulted in a 2688 sprites being heavily optimized with ZERO difference in a ingame quality!!!

These sprites were always in a memory in dungs, taking their time to be loaded, staying in cache as well...

So this is a huge change.

This is the biggest bottleneck of this project being solved. And its completely behind the doors solution. You dont have a chance to see a difference ingame untill something drastically changes in DFU and NPCs will start to fight each other And if that happens, all what would change is 1pixel thick line you will not see anyway.

I have to say you are doing an outstanding job on this. Just WOW!
Top

Thank you mate, Im very happy!! This will free up a loads of resources

It saved 500mb of compressed PNGs.. so god knows how many VRAM/RAM really

We are at 1.8gb size of a complete remaster now, including 500+ portraits, load menu themes, inventory backgrounds etc... Grand total of 8616 files

EDIT: This is how it works, just a simple type of enemy... it gets a little bit complicated with enemies with multiple attacks but the general idea stays: