A curated forum for approved mods. Users are unable to create new topics in this forum but can reply to existing topics. Please message a moderator to have your mod moved into this forum area.
Post Reply
1487 posts

Ad the statues.. I will not change the brightness mate, it will look bad on other places in the game, its all connected and the textures are reused on other locations and different models as well.

Can u post a screen of the specific issue?

No issue! Just a preference over marble - my eyes kinda gravitate toward darker textures. I do the same thing in Morrowind. I also didn't realize it was reused in other things as well. I'll have to take your word for it!

While I have your attention - I noticed that the "depth" of inn door seems a blank shade of brown. Is this a missing texture or an issue with the mesh itself?

Yes, marble textures are reused a lot...
That depth of the doors is a problem of the model, I cant do anything about it, as all I do is to replace textures. And theres no texture to replace there unfortunatelly.
Top

KoW, these upscales of the paperdolls you mentioned, are they being released in a future update? And if so, what do they look like, so I'm not doing double work here. I saw someone else was doing them from scratch, but I'm not too keen on the overly painted/brushstroke feel of it. I'm more interested in seeing something smoother.
Top

Hi, well... I will not release it in the current state. If you are talking about Sitrus, I gave him all the upscales to speed up the process of his work. He than used that as a base on some of the items. Mostly clothing. As far as I know, he created the armors from scratch so far. And his bodies. And than fitted some of the clothing to those bodies (esp cloak interiors are sensitive to this)

As it is now, the only part of our paperdoll system I have on my disk I quite like are the weapons. And some of the armors, those which are not too bright. And some clothing.... and shield. But there are things I dont like. Chain armors, some bad fitting, some bad dimensions on the helmets etc

As Ive said many times, this is not a one mans task to recreate whole paperdoll. Its now cca 17 000 files. So I do what I can to help others and I hope one day when we put it all together, it will be done. In the meantime, I worked with Lacus on polishing the bugs. And that part is done. So from now on, everything should be working 100%. Plus Hazelnut created the console commands I requested to spawn all these items to the inventory, so we can test them,
Last edited by King of Worms on Sun Nov 24, 2019 4:51 pm, edited 5 times in total.
Top

King of Worms wrote: ↑
Thu Nov 21, 2019 6:42 pm
Only missing texture is the front facing side of the Sentinel stairs leading to the queen. If someone can identify it, Id be glad.

Do you mean these bricks?

Nice! I must admit that I'm not a DREAM user myself but I'm glad I could help out. I respect the amount of effort you put into it and a lot of people are enjoying this mod

Ive added the haunted woodlands clouds to the map.

I hope the changes already made it to the game? Because that biome was wrong a month back, but someone found out and released a correction to download (but was it pushed to git? I fear not)

Previously the haunted woodland was not used in DFU, contrary to original.

Anyway, the clouds are there now, same as in the original map. 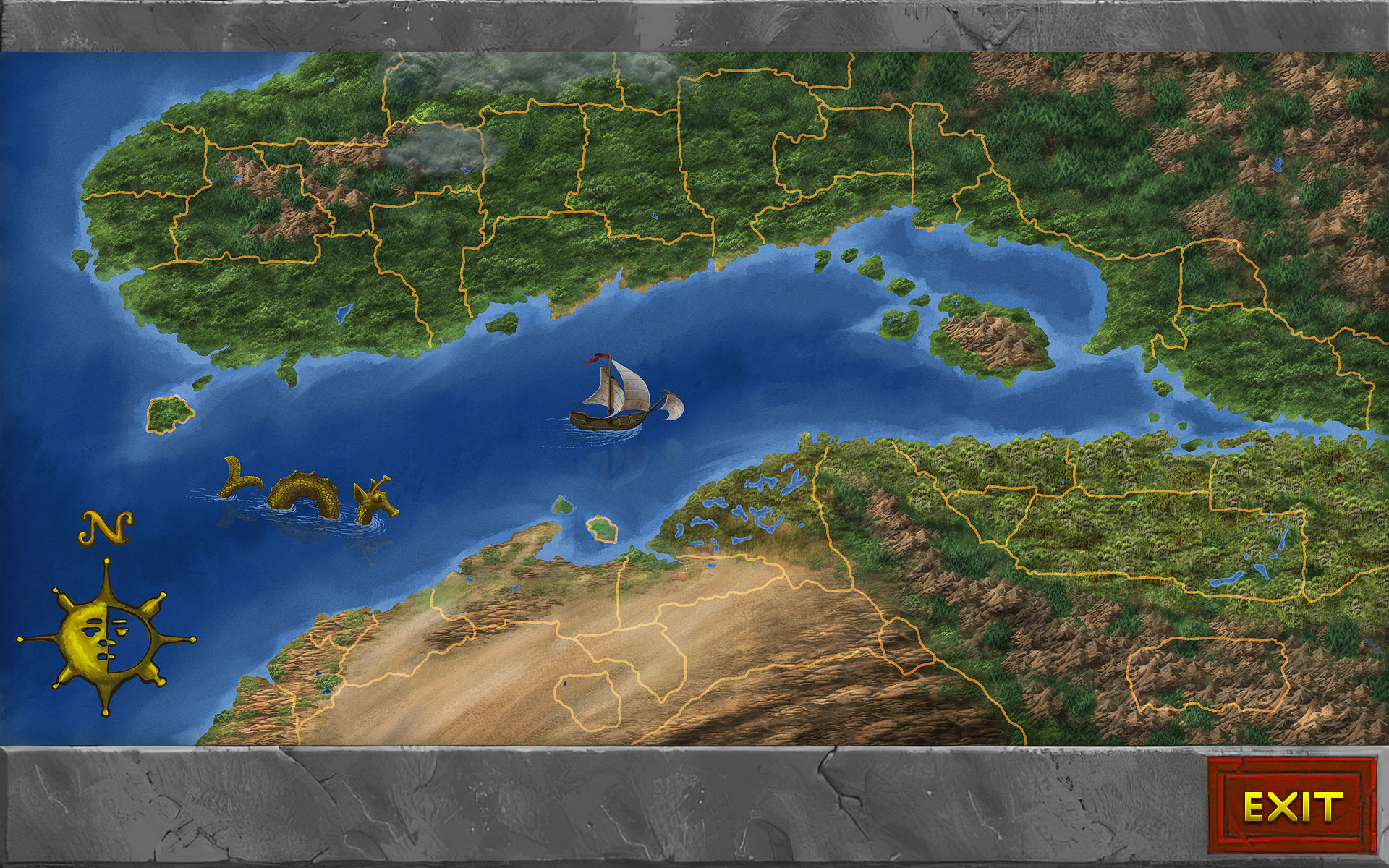 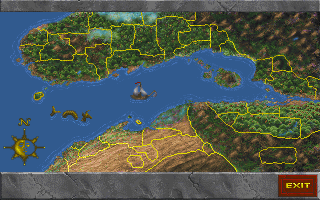 I just want to say how fantastic the Iliac Bay map looks. No neural upscale can ever do that, but the artist used an upscale as the base, right?
Daggerfall clothes & armour fix
Top

MrFlibble wrote: ↑
Mon Dec 02, 2019 4:57 pm
I just want to say how fantastic the Iliac Bay map looks. No neural upscale can ever do that, but the artist used an upscale as the base, right?

The props goes to VMBlast who created it. I have the raw pdf file and the complexity is quite extraordinary, it has like 20 layers. He made it from scratch, not from upscale. He used some mapping utility I believe and a lot of photoshoping.

Ive added the stone borders. If I remember right, those were done by MasonFace. Its deffo a AI upscale.

There was quite some work to fit those two together in a nice way tho.

Than the texts/buttons were made. I used a font donated by VMBlast. Majority of these buttons are only seen ingame and not on these screens tho.

And than I added few touchups. The reflections of a see monster and ship. The mentioned clouds. Some shadows towards the edge of the screen.

Plus I guess other things Ive forgotten.

But yea, this screen has a lot of input going on

Thanks for appreciation!
Top

It's a really pretty map. I don't think you could do better even if you took a render of the whole map as seen from above (if you somehow managed to render all of it to the detail it'd have if you were in the cell).
Top

Adrinus wrote: ↑
Mon Dec 02, 2019 6:33 pm
It's a really pretty map. I don't think you could do better even if you took a render of the whole map as seen from above (if you somehow managed to render all of it to the detail it'd have if you were in the cell).

Agreed, I think the real top down map would look really strange, propably just a mess...

Ive remade the swamp temple. It was really ugly and remaking it the way it was made no sense, so I created it brand new. Its a temple of Diabella so I used her stature just adjusted it to fit the color scheme used.

This is without normal and height maps and with point filtering only.. 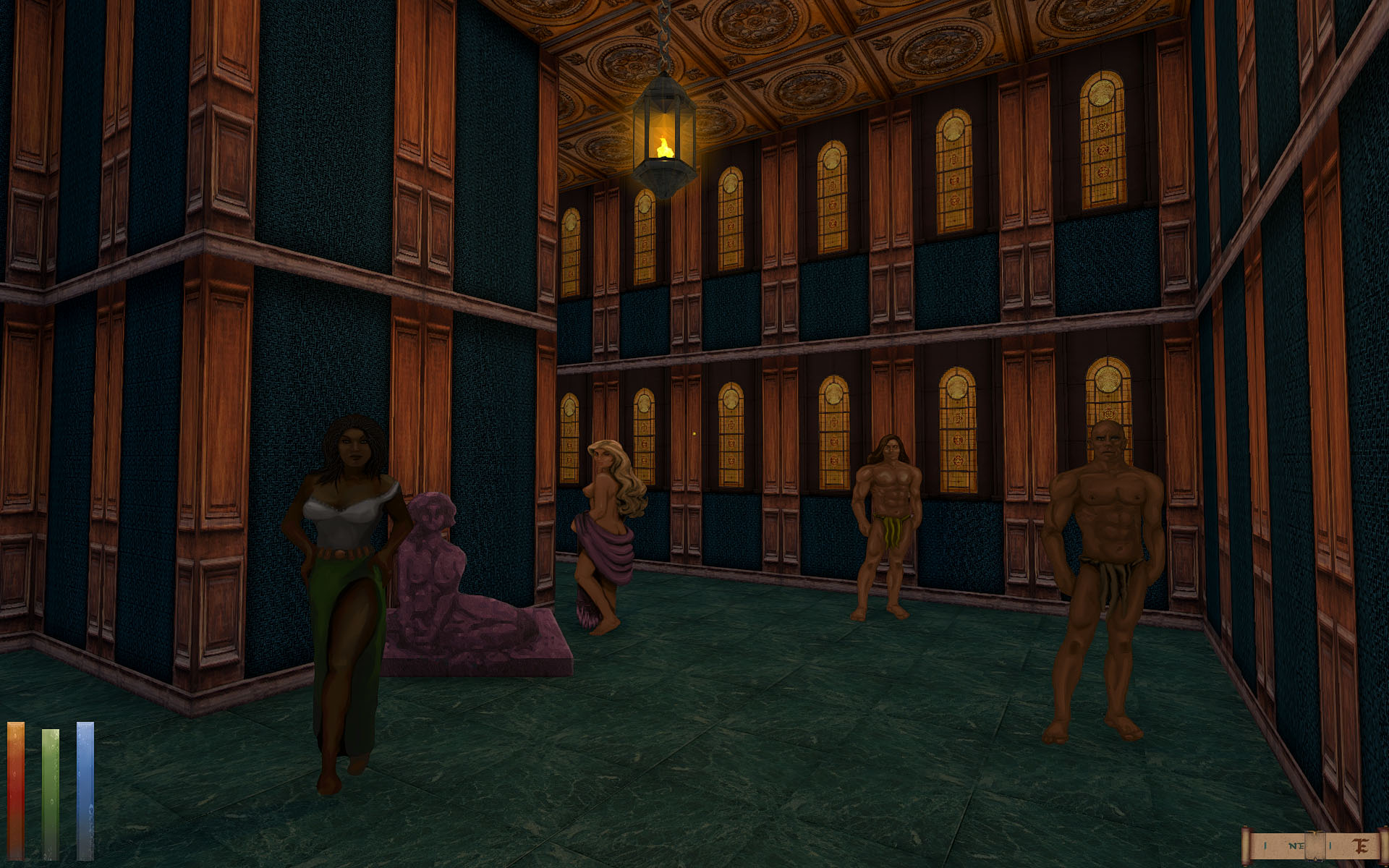 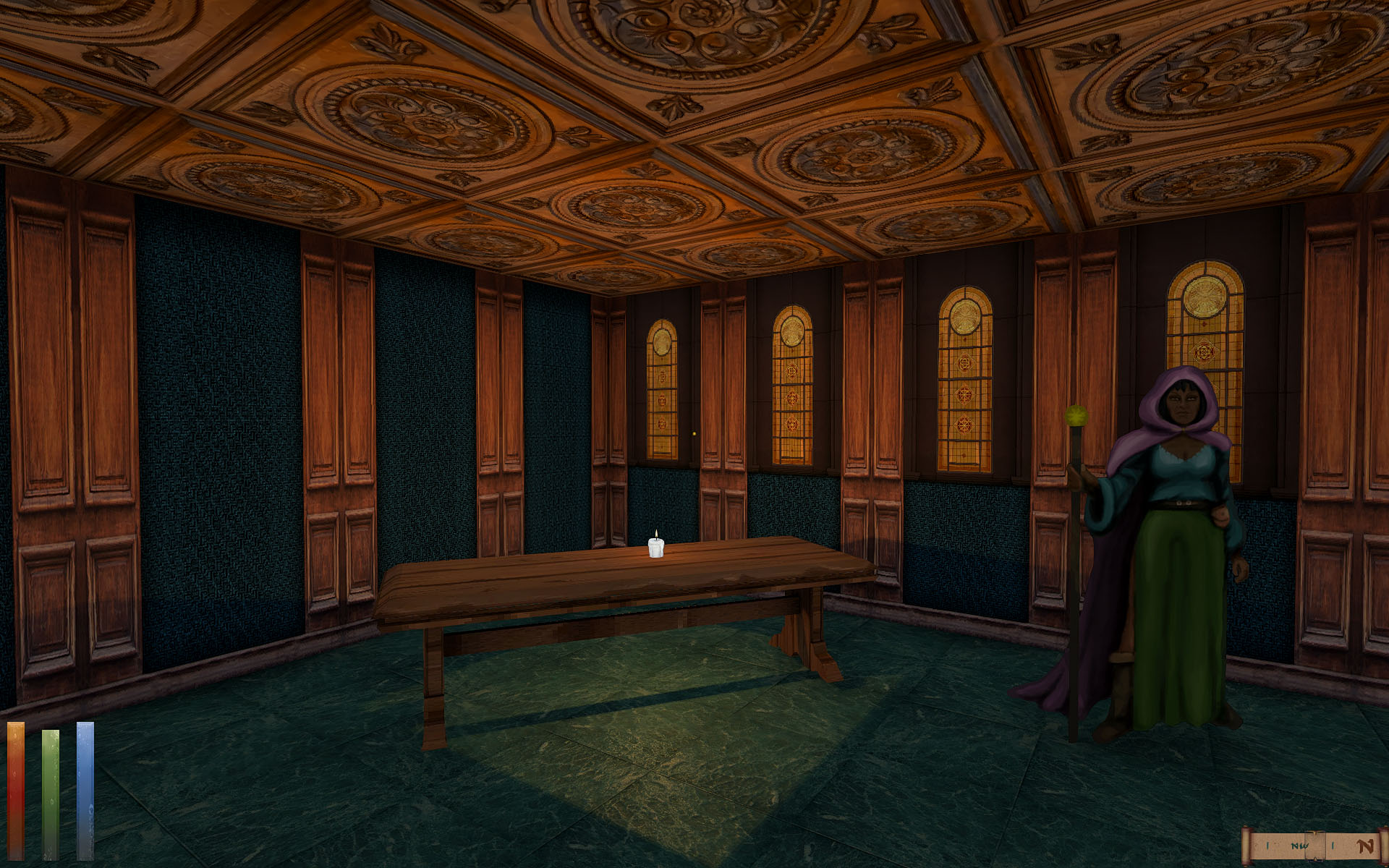