A curated forum for compatible and maintained mods. Users are unable to create new topics in this forum but can reply to existing topics. Please message a moderator to have your mod moved into this forum area.
Post Reply
2158 posts

Thanks for the report Hello .)

I can test the Linux version

Thanks Pango, I will try to compile and upload it in few days
Good nite

Hah, someone has a sense of humor! I LOL'd at the end of the sunset video.

"Whatever you do, make good art." - Neil Gaiman
Top

That was great! And that ending!

that ending was funny to me as well, skeleton did not enjoy me filming from HIS spot
DREAM Nexus https://www.nexusmods.com/users/73250038?tab=user+files
DREAM Forums viewtopic.php?f=27&t=1168
DREAM FACES https://docs.google.com/document/d/1fRI ... sp=sharing

Heres the Linux version to test out
No idea if it works, but it appears as it indeed should

Thanks for offer Pango!

@KoW: what a video, really nice!

BTW, I can test the Mac version no prob.
Top

It was indeed funny.

), but here's my first report:

I don't know if that's expected at that point, but It takes about 60 seconds longer to get from launching DFU to the options menu. Over a minute starring at a black screen feels really long, so I hope this can be optimized somehow, and/or that something can be displayed while mods are loaded/initialized.

The game itself runs really smooth, loading time are incredibly short, and of course there's all those new great textures

(actually since during that minute one CPU core is pegged and memory usage slowly rises, I wonder how much is preloaded during that time...)

The only glitch I've seen is related to flames; For example with this brazier, the flame is also displayed on the brazier itself: 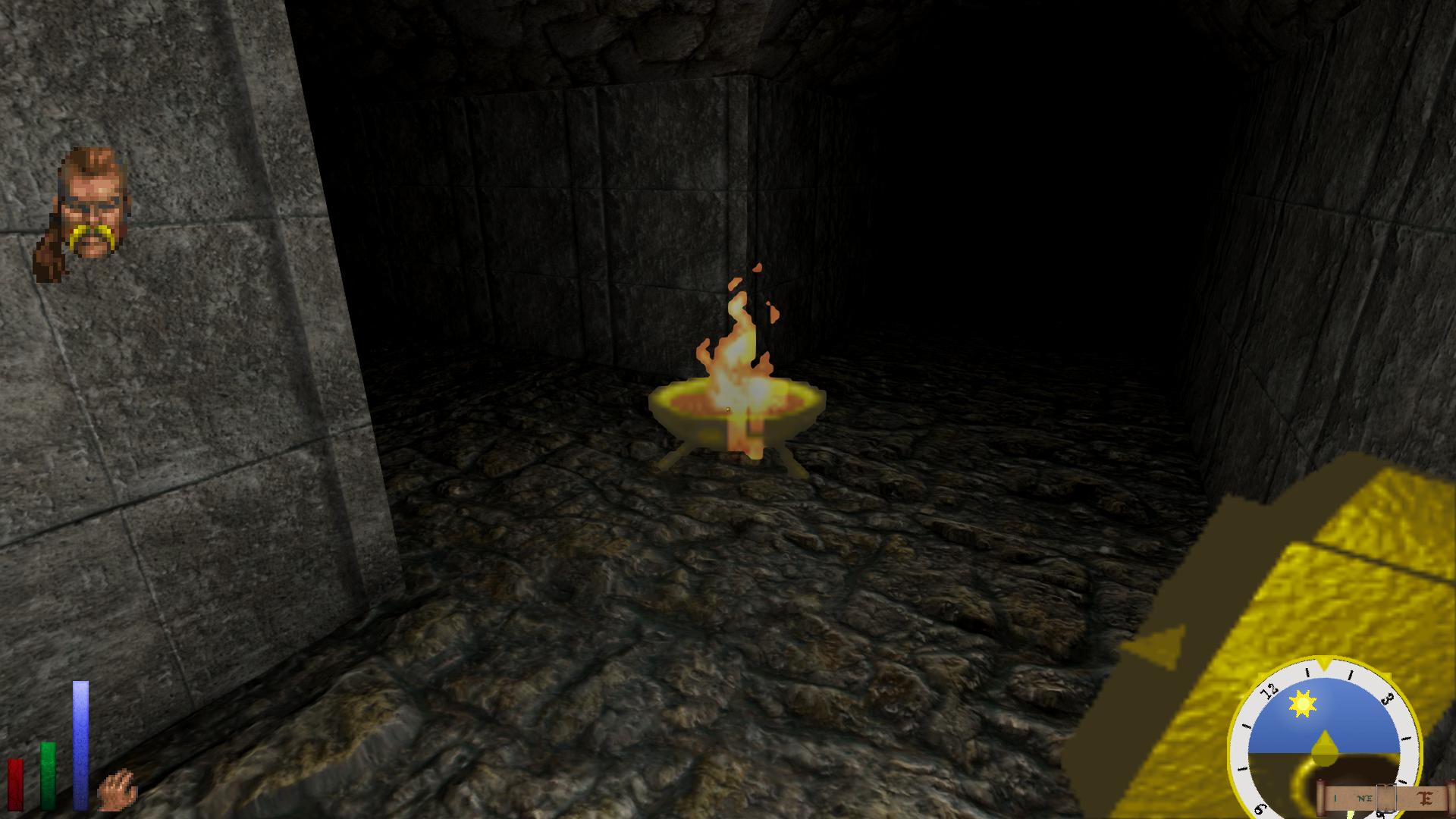 I tested that it happens with just plain DFU + DREAM, and I never seen this problem on my system before, so it must be a problem with one of the shaders you're using.
I've seen this problem in a few online streams(*) before though, and I don't think they were using Linux, so it must not be Linux specific (could be hardware or driver specific though).

*. Sadly the Twitch stream I was thinking of is no longer online
When a measure becomes a target, it ceases to be a good measure.
-- Charles Goodhart
Top
Post Reply
2158 posts