Only thing Im slightly afraid of is, that I changed some dungeon textures for a better...

You mean you replaced some textures with new ones? If so, you can send them to me and I will put them in source files.


...from what Ive seen, he really knows how to make things look good and understands what he is doing. I think hes a pro ..

Nah, I'm far from pro. I was just being very curious how to make stuff right and also interested in game developing and was searching for this information everywhere: Google, Youtube tutorials, specialized forums, etc. I feel there's still a lot to learn for me, so eventually I can make my own game.
New compass textures for Daggerfall Unity
Top

Okay, I'm checking this out king, sorry it took so long, I gotta take breaks, I know you know what I mean.
This sounds cooooooool, and it's time for me to go huts on youtube again

and, I called it STARS on youtube LOL, I'll fix that !
Check out my YouTube Channel!
Top

Dude I don't know what you did but some of surfaces have 3D textures like there's an XML file in there.
Some of the textures are shiney (this ain't a word because spell check don't like it ?), and they got a surface..
It looks freaking amazing.

Only thing is with enhanced distant Terrain, enhance sky, view distance maxed, Shadows maxed @1080p, it lags quite a bit on my 1050ti, and the pumping ( now this is before trying it with the unity job systems in so when that comes up I'm on it like a gray wolf stalking the night).

Now it could be my slow ass motherboard loading stuff into RAM because once it's in there it seems to run pretty smooth, but I'm thinking reducing the draw distance is going to help this thing out, so I'm going to do that, go to 3 see what happens..

So I don't know just some tips for you guys, if you're running everything, and you don't have a supercomputer.

Dungeons don't seem to be that affected, it's still kind of laggy, but it's everything running, and the view distance maxed, it was doing this before, and it's a combination of everything not just the textures.
I think with the dungeons, it's mostly the lighting, and the fact that Daggerfall draws everything at once, and I've tried some big dungeons.
So it's good in my book, one suggestion; ( now just hear me out dude) change the bush textures, the green stuff I got in my pack looks way cooler, just download the pack and take the bush textures out and figure out how to put it in there.

Just a suggestion, but you try that and you'll see what I mean ( all you got to do is put the textures in the texture folder even with this mod active which you probably already know anyways, (yes this thing works with a textures folder as well, )), it's those grafon Master textures, the bush ones with the XML file and the bump map, and I ain't judging, I'm supporting....

I guess my stuff is outdated at this point lol, might as well use the stuff if you know what I mean, because I'm done messing with that stuff I just want to play..

And he prettied up some of the NPC's again you guys, like we're talking freaky pretty here lol.
Some serious time spent on this thing dude, and the books, those beautiful books...

Sorry for the French, in English, from Texas, and the cringy bravado...
Check out my YouTube Channel!
Top

Yeah this thing pumps quite a bit when its loading stuff up, and when you first start dfu on my end, it takes about 30-45 seconds to get to the launcher..
It is kind of noticeable, but again it's a combination of all the stuff I have going, so just a heads up for people, it's going to bump and stuff...
Just goes with the territory I guess, but this is like a graphical upgrade for Daggerfall Unity, so Hardware is going to matter big time.
Check out my YouTube Channel!
Top

# 033_0-0.
Just unzip the 3 textures in your folder, the bump map & XML file are already set up, and every thing is named, even with your mod ON it works, if nothing else, check it out..
I am telling you man, you are going to like it, just figure out a way to make it work IN you mod, that's what I'm saying.
https://drive.google.com/open?id=1Ri-CX ... 4aRS_sLC-I 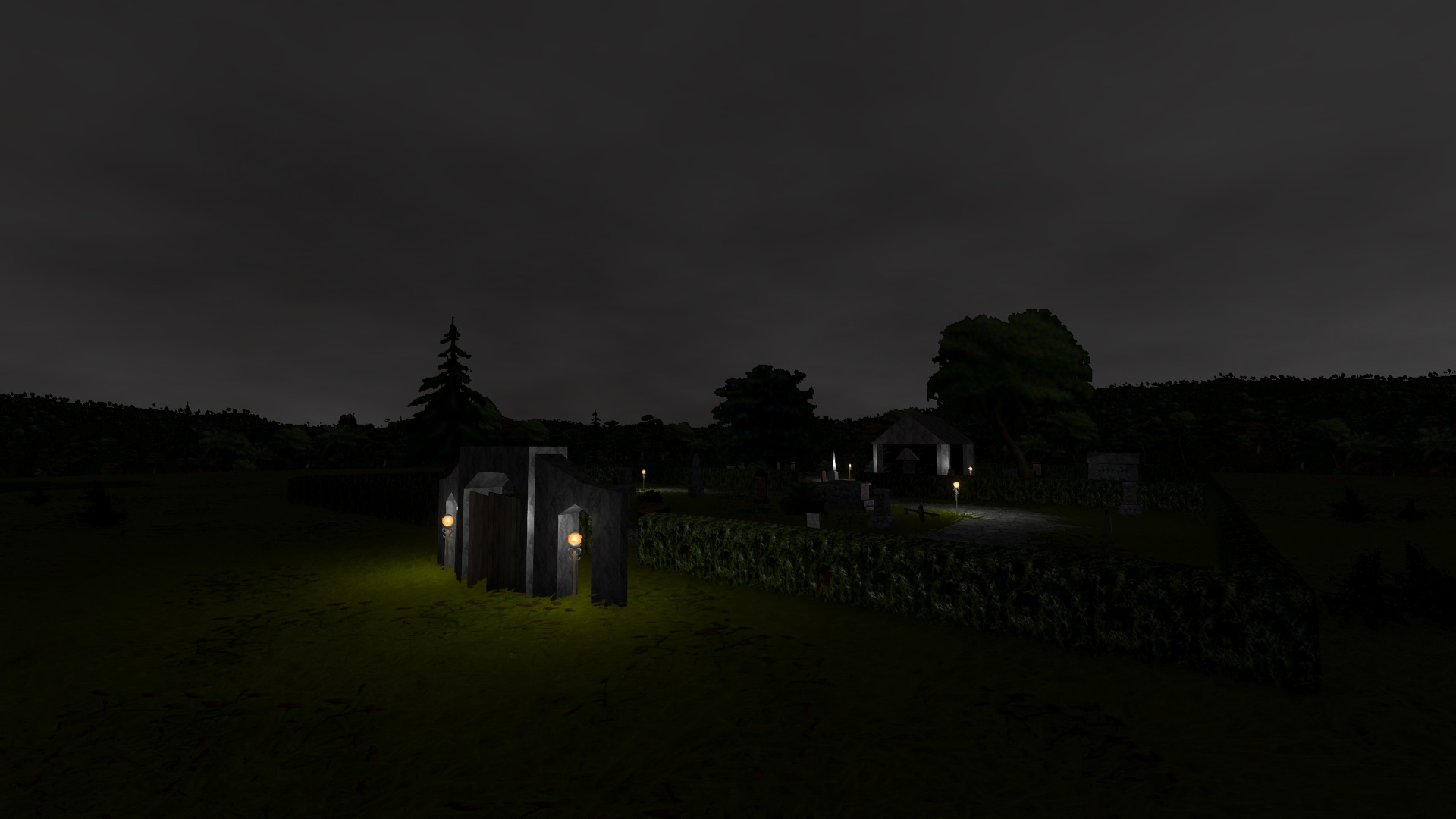 And when I save my stuff, what I mean is my stuff that's actually king of worms stuff, so let's just get that cleared
Check out my YouTube Channel!
Top

Thanks for a feedback Midnight!
I will try the bushes you spoke about for sure.

My pc gets destroyed when i use distant terrain so I use Mountains & Hills MOD and I set a draw distance to 3.

It solves all the problems to me. Faster loads, no stutters.

I dont use very high shadows but "only" high because I like the softer look more + plus it might improve a performance a bit so its a win win.

Dungeons can get laggy when you use Dungeon light shadows ON. I think that setting is not yet very optimized, and I reported that. Lots of ppl observed same issue. But I use it anyway for now. Maybe it will get better in future.

The textures now use lots of additional layers/maps. So they appear 3d

xml files only add a smoothness/shine. But my mod adds normal/height/oclussion/roughness/metallic maps as well, plus ofc smoothness...

Yes, more and better NPCs and other stuff.

Plus more to come as well!

Midknightprince wrote: ↑Fri Feb 01, 2019 3:35 pm Only thing is with enhanced distant Terrain, enhance sky, view distance maxed, Shadows maxed @1080p, it lags quite a bit on my 1050ti, and the pumping ( now this is before trying it with the unity job systems in so when that comes up I'm on it like a gray wolf stalking the night).

Shadows will usually impact performance most. keep shadows on medium (it does not give much visual benefits anyway).
Top
Post Reply
2157 posts