Type Soul Gem, Amulet
Statistics
Weight - 0.25 kg Value - (in morrowind 5000gp + value of trapped soul)
Enchantment
When Equipped: traps the soul of any dying non-humanoid creature, if empty
When in Inventory: acts as a soul gem when Soul Trap is cast

Azura's Star
"Few mortals have the stomach to trade in souls. The Dark Brotherhood does it, as do certain groups within the Mages Guild. For these cruel folk, Azura's Star has a particular fascination. The Star acts as a reusable soul gem. The soul of any creature killed by the bearer of the Star is trapped within it. If the Star already carries a soul, nothing happens. Using Azura's Star empties it, freeing the trapped soul to make its journey to Oblivion. Azura's Star can be used to make magical items over and over and over."

From this and the original graphic, I imagine it's meant to be some kind of crystalline mass that's been made into an amulet.

I think the original graphic is meant to be something like these: 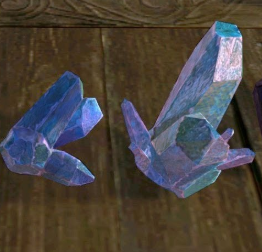 I whipped something up: And this is to-scale with the original one: Edit: These are just quick mock-ups, I can make them much nicer if it's what we want to go with.
Top

Hmm, well it should indeed be a soul gem, the most powerful one.

The base not upscaled Daggerfall img is like this (resized so we can see it)
I highlited the star properties there..

So I think this item shoul look like a star, I guess should be blue in this TES part.. maybe like a crystal you posted but in a star shape formation.
And Id say without the handle/necklace part...
DREAM Nexus https://www.nexusmods.com/users/73250038?tab=user+files
DREAM Forums viewtopic.php?f=27&t=1168
DREAM FACES https://docs.google.com/document/d/1fRI ... sp=sharing

Maybe something like this? Ive created it by rotating some crystals and changing the color.. 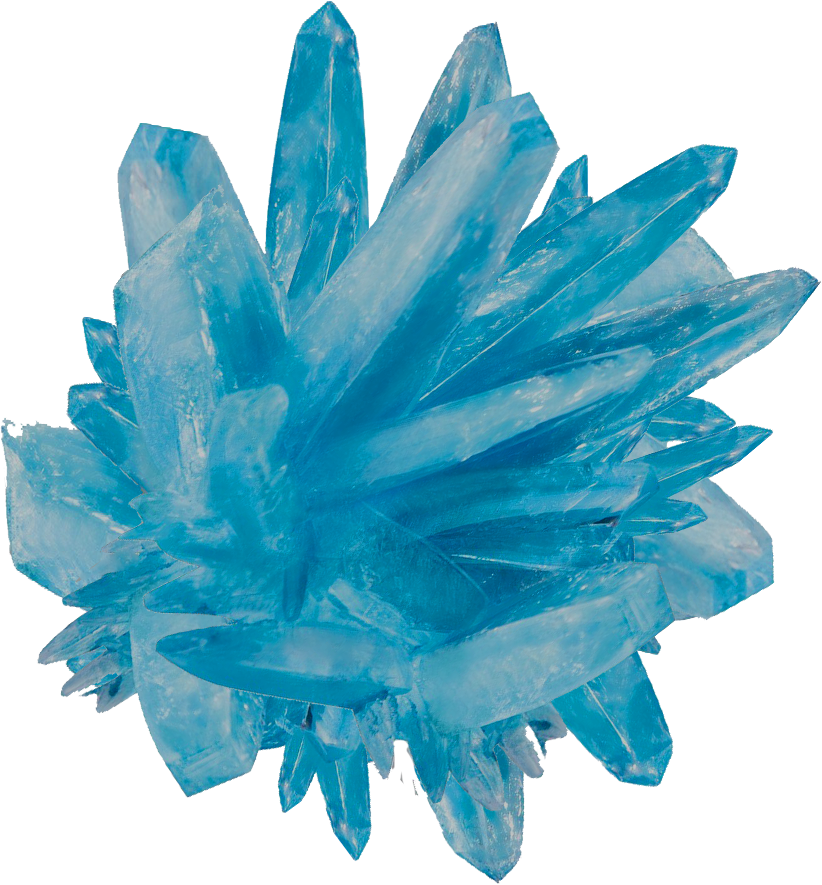 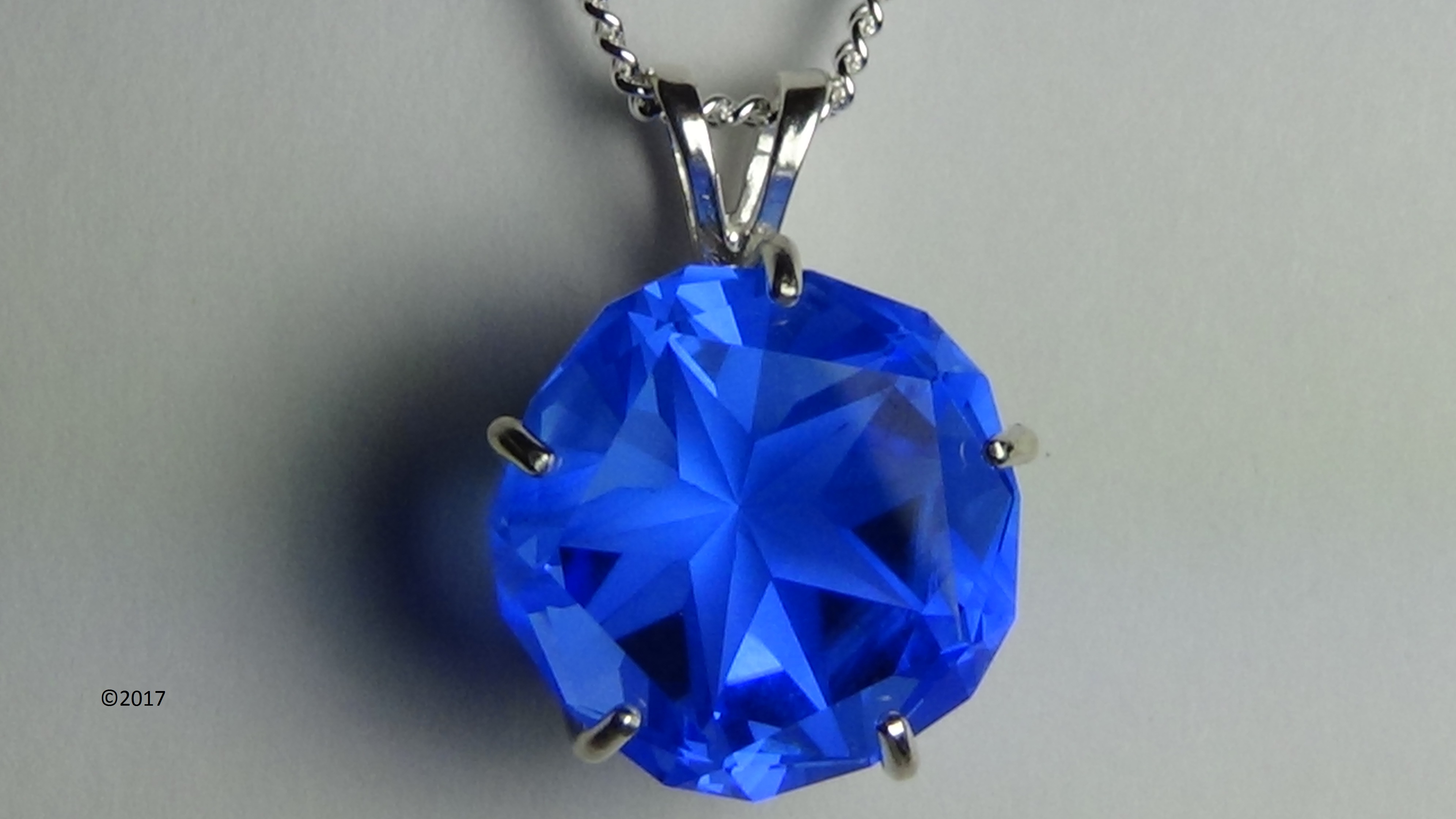 But I think we should use the ideas from later TES games as a basis... its technically still the same artefact going down the history of TES..
DREAM Nexus https://www.nexusmods.com/users/73250038?tab=user+files
DREAM Forums viewtopic.php?f=27&t=1168
DREAM FACES https://docs.google.com/document/d/1fRI ... sp=sharing

I don't really mind how you go with it myself. But for further help in your deciding: That's the best I can figure it was meant to look originally in the art assets before the massive compression.

The lore doesn't mention it anywhere, but perhaps it was placed into a decorative/ protective casing later on? If you look at the Skyrim one, it looks very much like this crystal could have been set in the center.

Edit: I didn't like how it looked totally, so I made a "sharper" version: Man, that last one is quite beautiful.
And yes, maybe during the ages, it was placed into the casing oof sorts... thats our lore !

I will use that painting you did, its awesome
Thank you very much!!
DREAM Nexus https://www.nexusmods.com/users/73250038?tab=user+files
DREAM Forums viewtopic.php?f=27&t=1168
DREAM FACES https://docs.google.com/document/d/1fRI ... sp=sharing

Ive found basically all the version of one NPC... I think its interesting progression

Thanks Adrinus for the last version touch!
V1 to V5 (I think theres 1 missing version between 4 and 5 but thats minor, just a progression on hair) 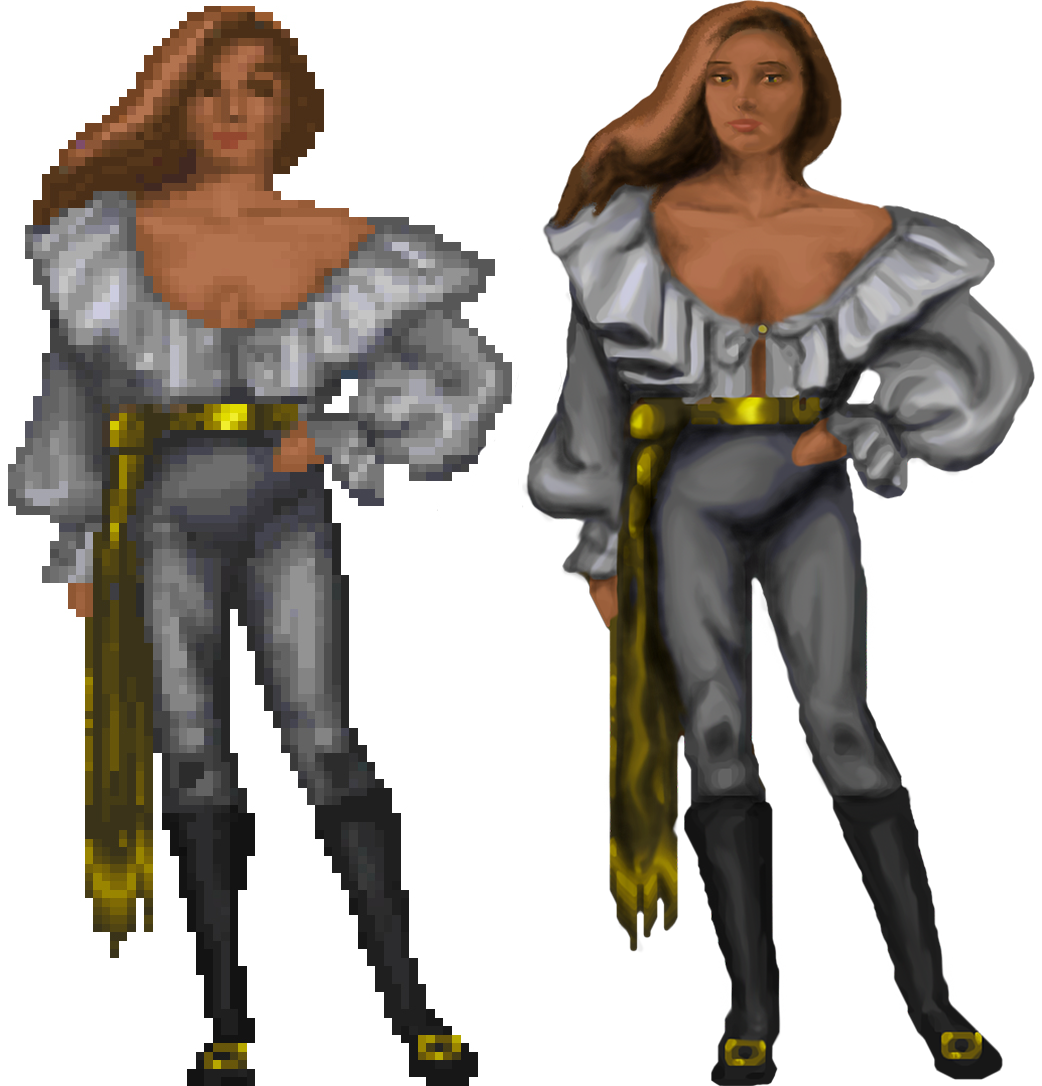 Talking of this one, shouldn't the buckle on the left foot be rotated (and reflections tweaked accordingly)? It wasn't possible in the original low res, but now it bothers me...
When a measure becomes a target, it ceases to be a good measure.
-- Charles Goodhart
Top

Adrinus, might you be interrested in looking on some of the artifacts?

I excluded all the weapons and armors, did some work on Necromancers ankh, Skull of Corruption and others (plus upscaled it all) and there are just a few missing. Esp I have no idea on how to make the 3 rings better... but there is a room for improvement on all of them...

I packed it all here in case you want to see it:


Heres a link to the wiki, u can see them in their basic form before upscale, and there is some lore to them. But I find it basically of no use... it will be better to just use the imagination...
https://en.uesp.net/wiki/Daggerfall:Artifacts
DREAM Nexus https://www.nexusmods.com/users/73250038?tab=user+files
DREAM Forums viewtopic.php?f=27&t=1168
DREAM FACES https://docs.google.com/document/d/1fRI ... sp=sharing

Yeah, I'll take a pass at em. Was tooling around with some of the NPCs you sent me... I'll see what I can do: I want them to be lore-friendly. At the least I can try and clean up the existing art.
Top
Post Reply
2157 posts