A curated forum for approved mods. Users are unable to create new topics in this forum but can reply to existing topics. Please message a moderator to have your mod moved into this forum area.
Post Reply
7 posts • Page 1 of 1

This mod pack contains optional modules to enhance roleplay and realism for Daggerfall Unity gameplay, specifically focussing on items and loot. Enable / disable the modules in the mod settings. It's intended to be used in conjunction with the main Roleplay & Realism mod pack, and is separate only because the item stat changes (weight & price) cannot be made as an optional module. Hence this separate package allows players to decide if they want the item stat changes or not by enabling or disabling this entire mod. Any modules that rely on these item changes are in this pack and are configurable in settings.

This aim of this mod is to refine items and loot in DFU to be a little more realistic, both in what you find on bodies and in loot piles, as well as the stats & cost of some existing items. It is not a complete reworking or redesign of the item and loot systems of Daggerfall or anything like that, however it does make some light touch rebalancing of weapons to give more valid options.

Note that this module cannot be disabled without disabling the entire mod. Several items have had stats and prices adjusted.
Loot Rebalance

When selling items, the condition of the items affect selling price. So a "broken" item will sell for much less than a "new" item.

Enemies now have equipment based on their level and class, and in used condition. Archers have bows, Knights have more armor etc.

When creating a new character, you will start with low-level and used condition equipment that matches your skill choices. Characters with weapon skills as primary or major skills will start with one of each weapon matching the skills chosen. Everyone gets a terrible iron knife though! There are also lots of other mundane items assigned for the other skills, like a helmet for climbing, or a loin-cloth for swimming. Every primary and secondary skill gets you something.

When starting a new character, you will start with a set of very low-level custom spells based on magic skills chosen as Primary or Major skills. Note that for magic schools, you get more spells if it's a primary skill.

A light touch rebalance of weapon speed and damage with the objective of making all weapons valid choices based on weight to damage. There's still some variation but choosing a favourite weapon for role-play will have very small penalties compared to vanilla. Generally speaking swords have high ranges so a hit may do hardy any damage (glance off) or lots of damage (sever a limb). On the other end, while blunt weapons now can't do as much damage in a single blow as blades, they do more reliable damage where even a glancing blow still does reasonable damage due to the weight of impact. Axes are in-between. Heavier weapons cannot attack as fast as lighter ones, although high strength will mitigate this somewhat.

Like with all modules, this can be disabled if you want to stick with vanilla damage & speed. Doing so will allow the basic attack speed module of the base R&R mod to be enabled or disabled, as this module takes precedence. (load order doesn't matter for these sibling mods) Note also that the weapon weight adjustments can only be removed by disabling this whole mod. Also note that the calculation is made on the base weight of the weapons regardless of material weight changes or enchantments, otherwise Ebony Warhammers become godly weapons with their 50% weight which is not good balance.

Here is a table of the vanilla stats and the Realism stats with change values in bold:

Archers Axe & Light Flail: These two new weapons have been added to fill gaps in the axe and blunt weapon sets, providing lighter one handed weapons for these skills. Ideal for a secondary weapon for ranged characters as they are much faster to switch to than bigger, heavier weapons. They are availiable in all materials and can be purchased as well as dropped in loot like all vanilla weapons.

Mail Armor Set: This new armor set fills a gap in armor, providing a slightly lighter alternative to the vanilla armor. Consisting of chest, leg, arm, and feet protection (Hauberk, Chausses, Spaulders, Sollerets) and can be made out of all materials, with Chain-Deadric Mail versions which can all be worn by characters who forgo plate armor.

An example of how they look, as modelled by Una: 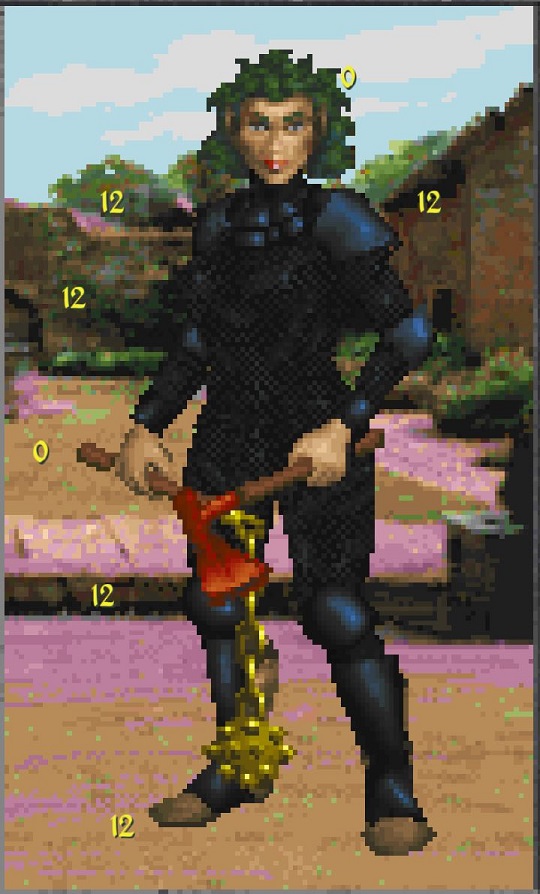 (coming soon)
See my mod code for examples of how to change various aspects of DFU: https://github.com/ajrb/dfunity-mods
Top

OMG, this all sounds incredible. I can’t wait to start a new play through with this.

Thank you!
A
Top

Looking forward to this.
Check out my screenshots album on Imgur!
Top

Thanks guys. Over the past few days I've added a much more refined weapon attack speed calculation than is used in the base R&R module. This version uses weapon weight, char speed and strenth to calculate how fast attacks are. This relies on the weapon balancing to work otherwise some weapons are way overpowered.

I think it should make all weapons valid choices depending on character playstyle and build. For example not using heavy weapons with high speed without high strength, as the speed penalties from the weight will limit your attack speed. Basically a fast nimble character will find using a lighter weapon is better, and a slower strong character will do more damage with heavier weapons - generally speaking. Strong and speedy characters can pretty much just use anything... as damage output will be pretty even.

If we've done this right it will just feel intuitive in game.

(blame Ralzar if it's wrong, I am just coder...

)
See my mod code for examples of how to change various aspects of DFU: https://github.com/ajrb/dfunity-mods
Top

do you have an idea of compatibility with existing mods?
Top

Very compatible, generally speaking you wont see any issues. If you have another mod that is adjusting the same formulas then you may get issues with modules not working as expected if you put it lower in the list (i.e. loaded later) than this, but nothing would break.
See my mod code for examples of how to change various aspects of DFU: https://github.com/ajrb/dfunity-mods
Top
Post Reply
7 posts • Page 1 of 1