A curated forum for approved mods. Users are unable to create new topics in this forum but can reply to existing topics. Please message a moderator to have your mod moved into this forum area.
Post Reply
553 posts

Thanks for the feedback. Will try to redesign the park bench.

Felt weird and unrealistic to have such thinly cut rock mixed with wood like in the original. I think I'll either make it all stone with thick slabs like this or simplify the supports and make them wooden like this 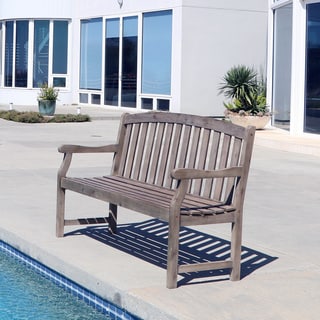 Edit: Also, am I correct in assuming that these models are unused?

Interkarma wrote:I believe there's a few of the park benches around castle Wayrest, by the garden maze. In that general park area anyway. At work and can't confirm right now.

Yes there are about 3 or 4 benches around the maze.
Find my Vibrant Terrain Flats mod at Nexusmods: https://www.nexusmods.com/daggerfalluni ... ?tab=files
Top

I'm thinking more like this one, but more square.

I really like the stone one, but it's simply too different from the original. Though, if it's exclusively found at a castle, it could make perfect sense.

It could make sense - it's more comfortable, but I don't think it was as pronounced in the medieval age. Looking at pictures, most of them had it where it either was straight backed or leaning back a little, but otherwise straight. The seat part - in which the pet of your knees would press against usually has a thin board there, acting similar to the curv.
Top

Seriously, I love this! And it's all contained in one single .dfmod file, that is fantastic!

A bit of feedback I'd give is that the large wooden cabinets inside residences look a little clunky. The wood grains look too wide, and the doors look too slumped and rounded. Since all of High Rock depends on wood construction, it would make sense for their cabinets to look higher quality.
Come join Lysandus' Tomb, a Daggerfall Unity fan Discord.
In-progress guide for Quest Pack 1 here.
Top

Thank you! Yes, the large wardrobes are definitely on my list for a rework along with the park benches. this is excellent work!

I would like to make a few suggestions if I may. Textures are a bit too stylized and color chart is also off a bit (from the original color scheme).

However, nice work tho

I think they are awesome, I like them very much.


Regarding to textures thought, I would also made some suggestions:

-All seems to be made out of planks, different wood textures would be and improvement I think (the part in the chair where you sit can use a single wood piece, the same with the table).

-There are more wood pieces than the vanilla textures, like in the side of the shelf, you can make this better with UV editing.

-Changing the color of some textures to add variation, so not all wooden commodities look like they are from the same set of furniture.

-Add the nails where there are nails in the original textures.

Also, and this is kind of a nitpick, the large wooden box should have vertical planks on the larger side instead of horizontal ones, this is like that in vanilla and rightly so, since packages are more solid this way.
My Deviantart page, I have some Daggerfall stuff in there.
Top

Thank you! Great points. Will take notice of them for future models. After I finish my planned 190 models I will revisit some of the older models.
Top
Post Reply
553 posts