The issue with invisible NPC was that faction data for certain questor NPCs isn't generated, resulting in invalid texture indices when that NPC was moved to a location at a later point.

I've fixed this now so if a questor appears in their own quests (e.g. "place npc _qgiver_ at _qgiverhome_") the quest system will inject NPC with actual name and appearance of the NPC you accepted quest from, rather than using a generic faction proxy sprite. So if you accept The Bodyguard from a barmaid NPC, that same barmaid NPC will appear in their home later.


This even works in existing saves where NPC is invisible. Here's the questor from Teralitha's recent save in topic. No longer invisible and using the real quest-giver's appearance. You might just need to exit/enter building again to reset billboard. 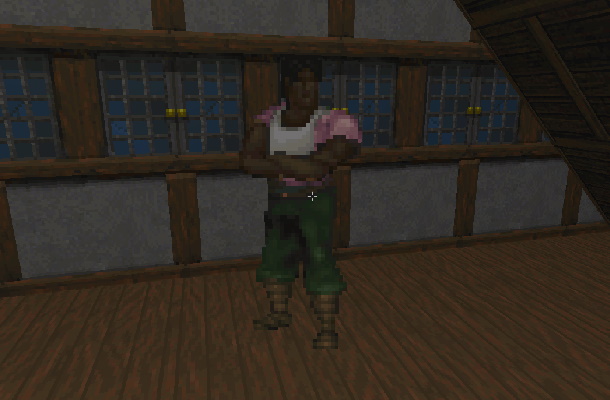 
This resolves the problem identified in report and makes questor relocation more consistent in the process.