Hi everyone. As per the title, this is a potential issue I have encountered: according to UESP and how the story is unfolding, you are not supposed to be harassed by archers after the amulet throws you in a dungeon far from the ambush, early in the quest,. Only after you are outside of it.

Needless to say, escaping that dungeon while low on life, with archers spawning on top of the fauna and no possibility to rest, was a lot of trial and error.

SIde-note (but maybe it is important and I'm unaware): I'm using the Daggerfall folder provided by this website, maybe I should instead use the installation provided by DaggerfallSetup and its unofficial fixes? Edit: after looking it up a little I suppose I'm good as far as the folder is concerned.

Alright, I see this is not the only issue that arises in this quest: now Queen Akorithi is talking to me from the other side of the world, when I should instead receive a letter from her asking me to go to her castle. 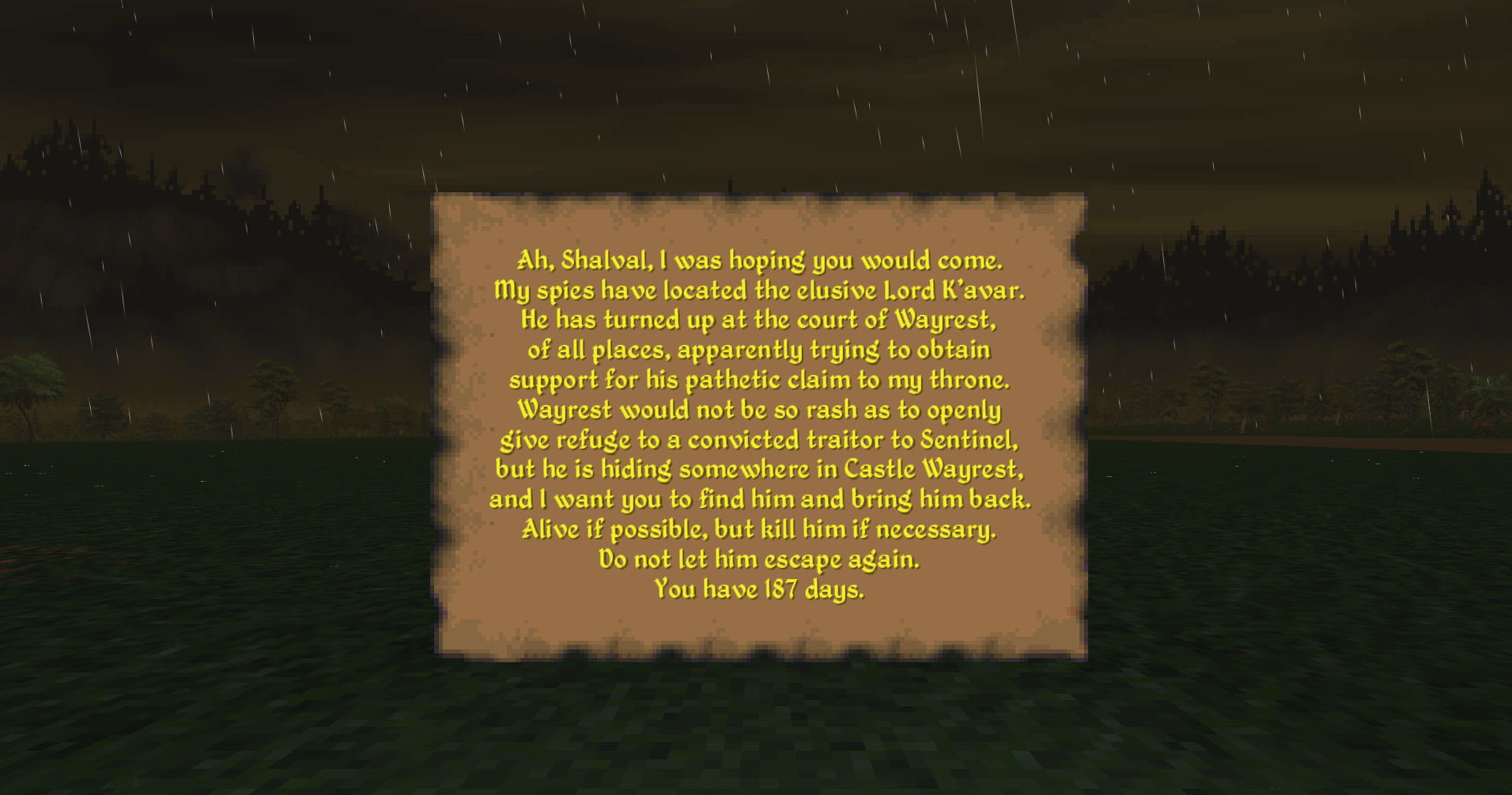 I see I have not been the only one to encounter this situation, and judging by the thread I'm afraid this playthrough is dead: https://www.reddit.com/r/daggerfallunit ... quest_bug/

Anyway, does anyone know if these issues existed in the original game? I posted the thread here because I'm not sure whether DFU could let that kind of thing happen. Intuitively it doesn't make sense to me, but I have never seen mention of these issues back on vanilla either.

Strangely, the UESP says that you have no way to know how much time you have after receiving the dialog pictured above, so either UESP is unreliable on that quest, or something altered it one way or another. Maybe a patch included in the DaggerfileGameFiles.zip? I'm very confused overall

Things are playing out like in the aforementioned reddit thread: I received the letter later but I can't interact with Akorithi at all. If I go to Wayrest, the cell where K'avar is supposed to be is empty. I imagine this quest is just not working. I hope Akorithi's current state won't jeopardize the Main Quest...

Waiting for this quest to clock out is also going to be pretty hard, since I have groups of archers ambushing me roughly every 33 hours, whether I'm in a dungeon or entering a city.

Maybe this page is useful for this discussion as some of the quest's bugs are mentioned, though they seem to behave slightly differently in my (and the redditer's) case.

I did some research on this forum after the latest happening and I'm relieved (at least some) issues with this quest are well known and apparently carried over from classic.

Though per the last post in this thread, it seems K'avar pops somewhere else in the Wayrest dungeon?

). I guess I'll have to use some command to jump at various quest location rooms and make sure of that.

Using tele2qmarker did indeed reveal to me that he's somewhere else than where he's supposedly always put in (per UESP). I will try harder I guess. 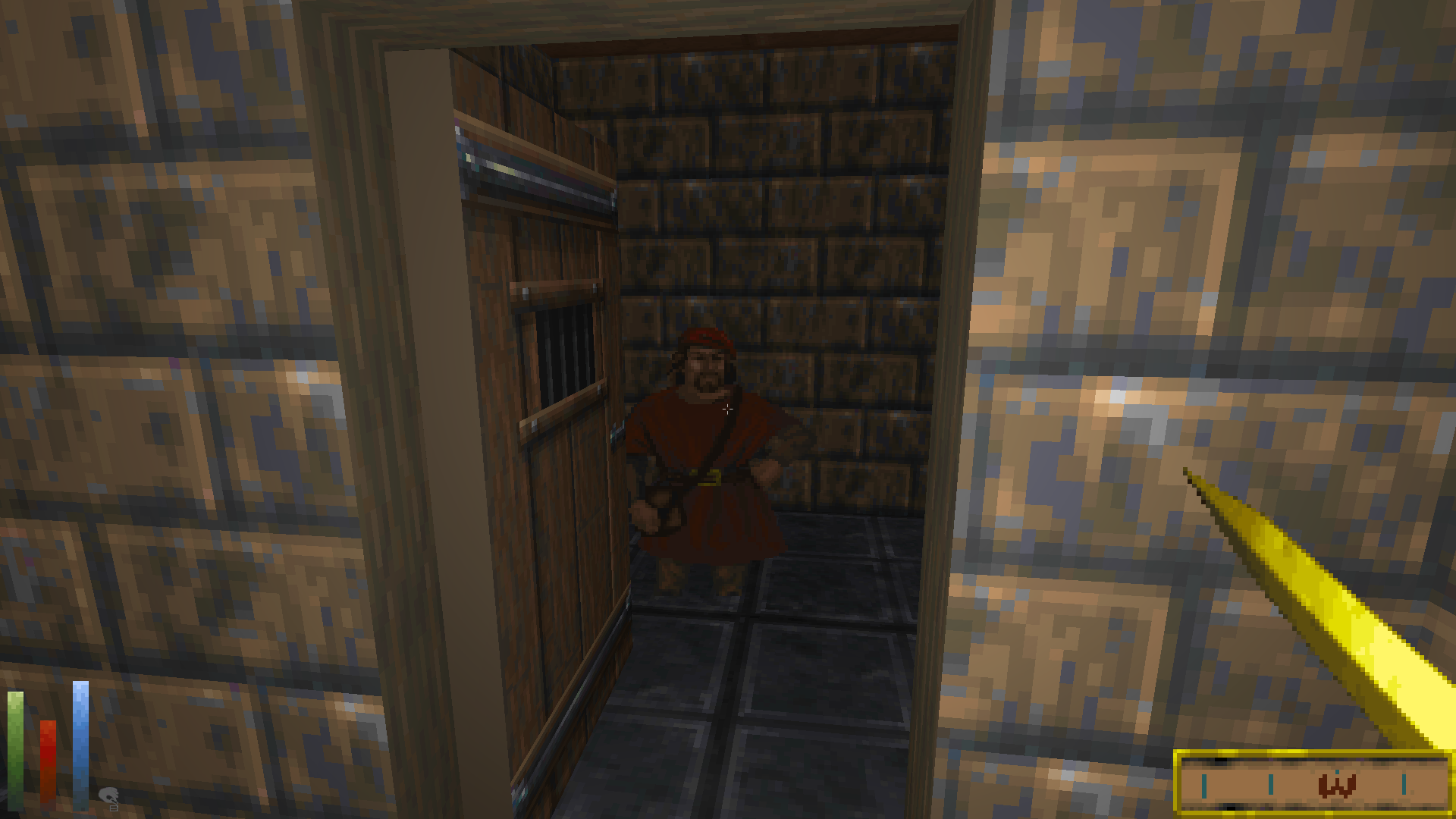 I suppose the time given (187 days) is wrong since the quest fails by the time I reach Sentinel and I definitely do not take that long. But at least I can interact with the queen now (and the archers seem gone).
Top

Re: Archers spawning in dungeon during Lord K'avar quest (Edit: and more shenanigans)

Sounds like the quest logic needs some tightening up. Most likely DFU carries over some/all of these from classic, but at least we're in a position to fix it now. Thanks for details.

Glad to be of help

I forgot to mention but earlier in Part I, I also experimented and went to his castle. Interestingly his sprite doesn't vanish when you confront him instead of giving the letter (the text says that he fled). Going to the dungeon after that I could see him there as well, but could not interact with him.

What I did was reload earlier, go to Akorithi directly, then get him in the dungeon, and it worked correctly that time.

I finally found K'avar the legitimate way in Wayrest. That was quite the journey, they'll remember me when I get on the Main Quest 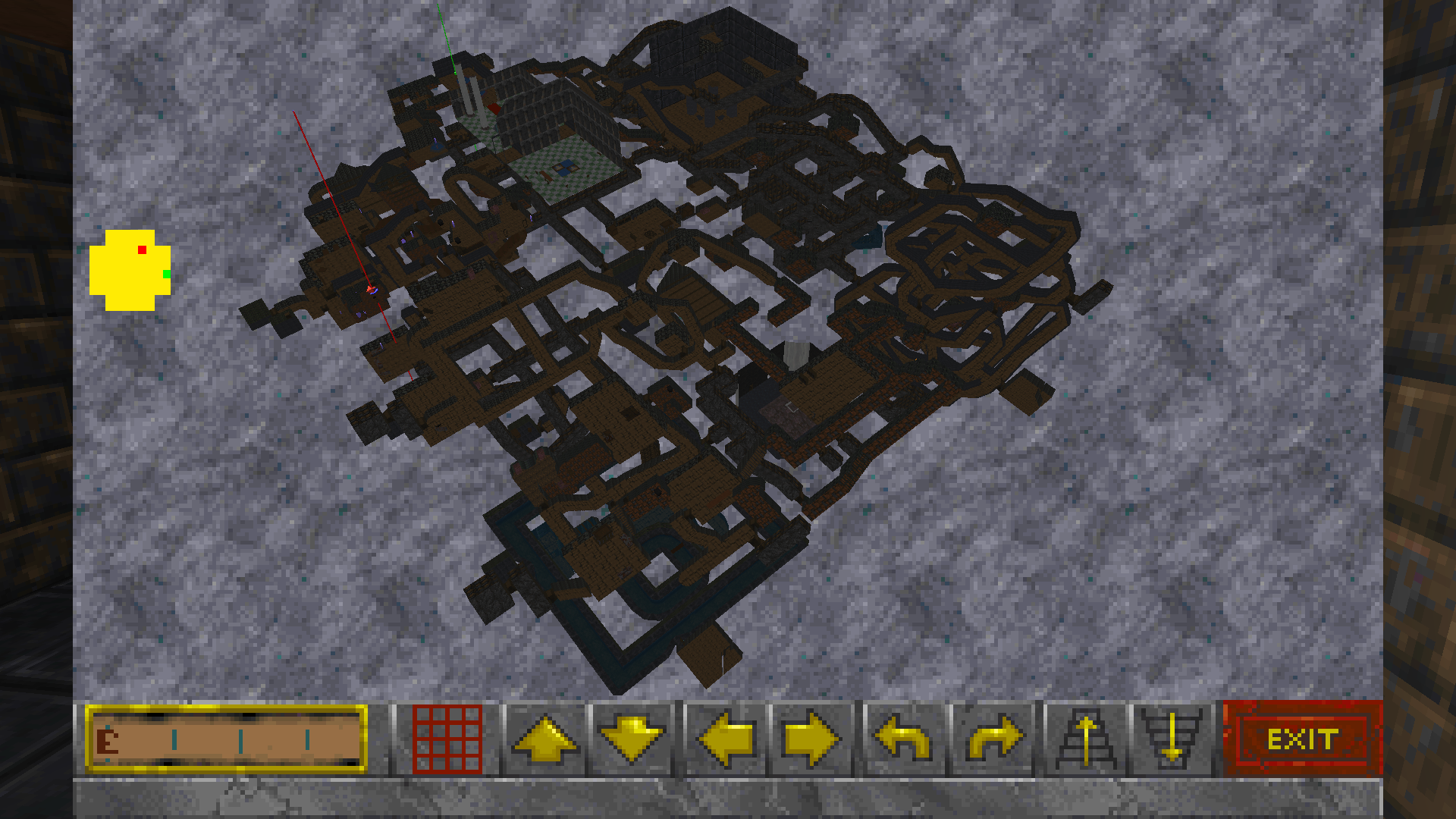 I activated the enhancement to update the time limit counter in the quest journal. As you can see I had ample time to finish things: 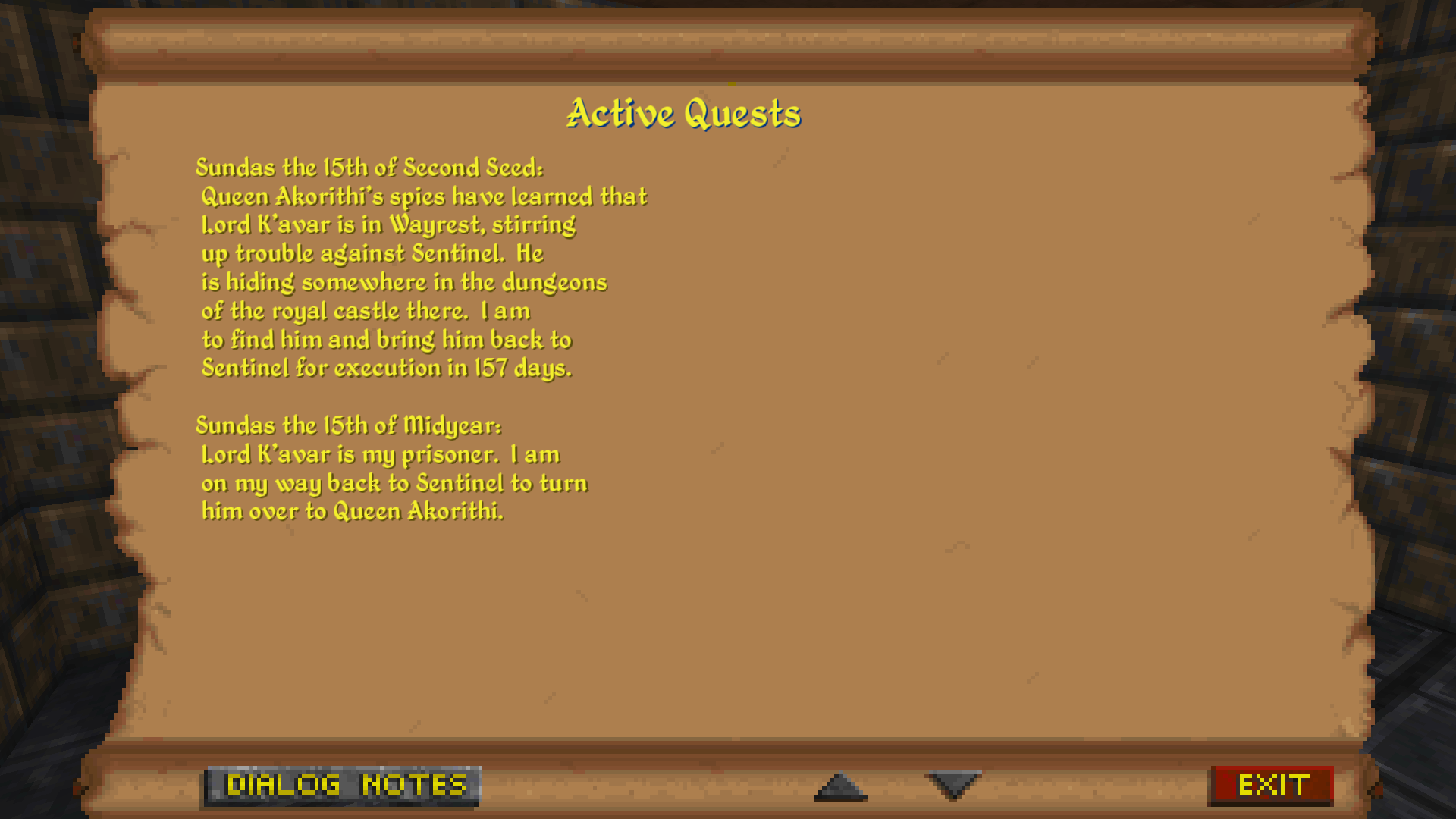 And travelling isn't much of a worry from Wayrest: 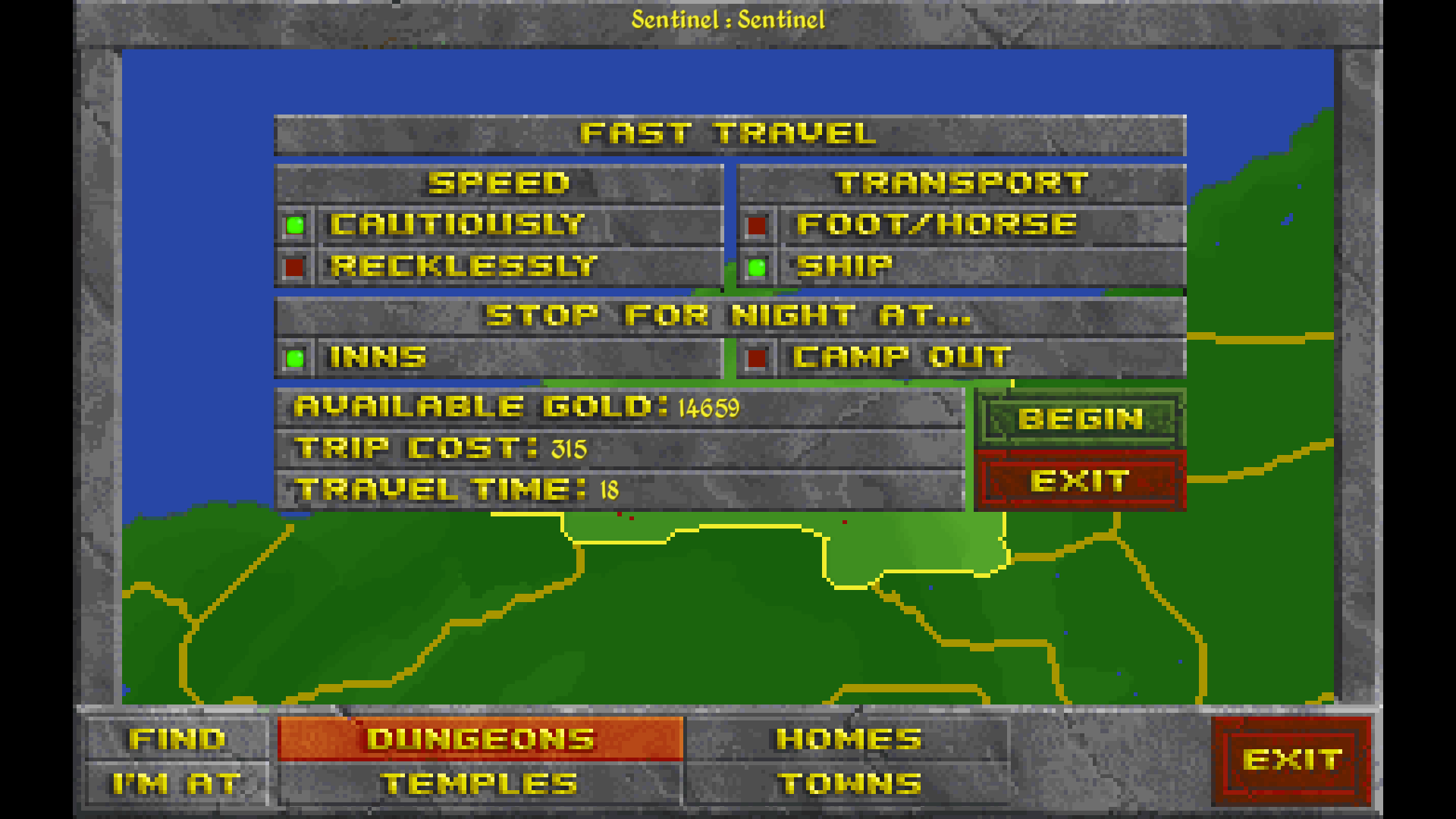 However by the time I reach Sentinel the quest is cleared from my active quests. It happens regardless of if I kill him or capture him.
Top

Are you able to post a save for the timing issue? I'll be able to check quest execution to see why it's ending. There's likely some other termination condition at work.
Top

Unfortunately I moved on and I assume the only remaining save is too early in the chain to matter (it's back in Part I)... I should have archived these saves since it was a tangled mess

If I have time later during the week, I will try to reproduce the situation from the remaining one.
Top

After a bit of thinking I realized I could reproduce the issue very quickly, so here is a save: https://wetransfer.com/downloads/644b93 ... 410/b8cea8

200+ days and same phenomenon playing out.

This time Lord K'avar was quite the crafty one: 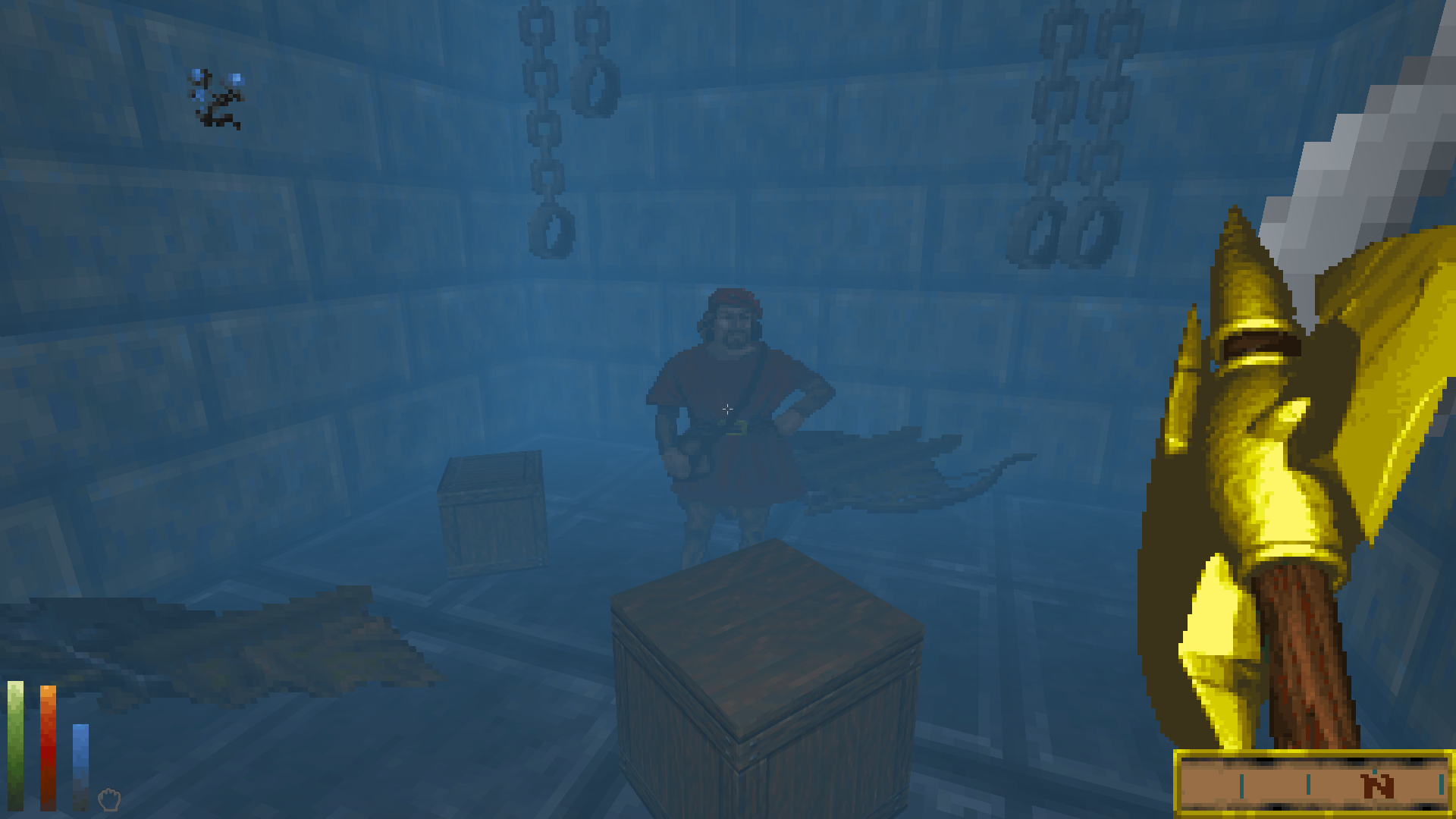 Side-note but I noticed Akorithi doesn't give the quest reward (an icon) for Part I like other quests would do it: you can not click on her after you inform her of K'avar escaping. Instead you have the reward directly in your inventory.

I do not know if this is intentional/a classic quirk related to the weirdness at play here.
Top

Thanks for extra details. Lord K must have a pocket full of water breathing potions.

Note to future self, set a static marker for this spawn.

I've attached your save to this post for convenience. It's preferred to attach saves with posts here than use a third-party file sharing service.

Oops duly noted. I looked for it but didn't notice the little "Attachments" tab below the submit options.
Top
Post Reply
9 posts • Page 1 of 1