I got an idea when i looked my current character and thought "Damn that look good!"(in my opinion), and decided to make a topic where people can share pics of their favorite characters and what they wear. So, here is my character that gave me the idea. 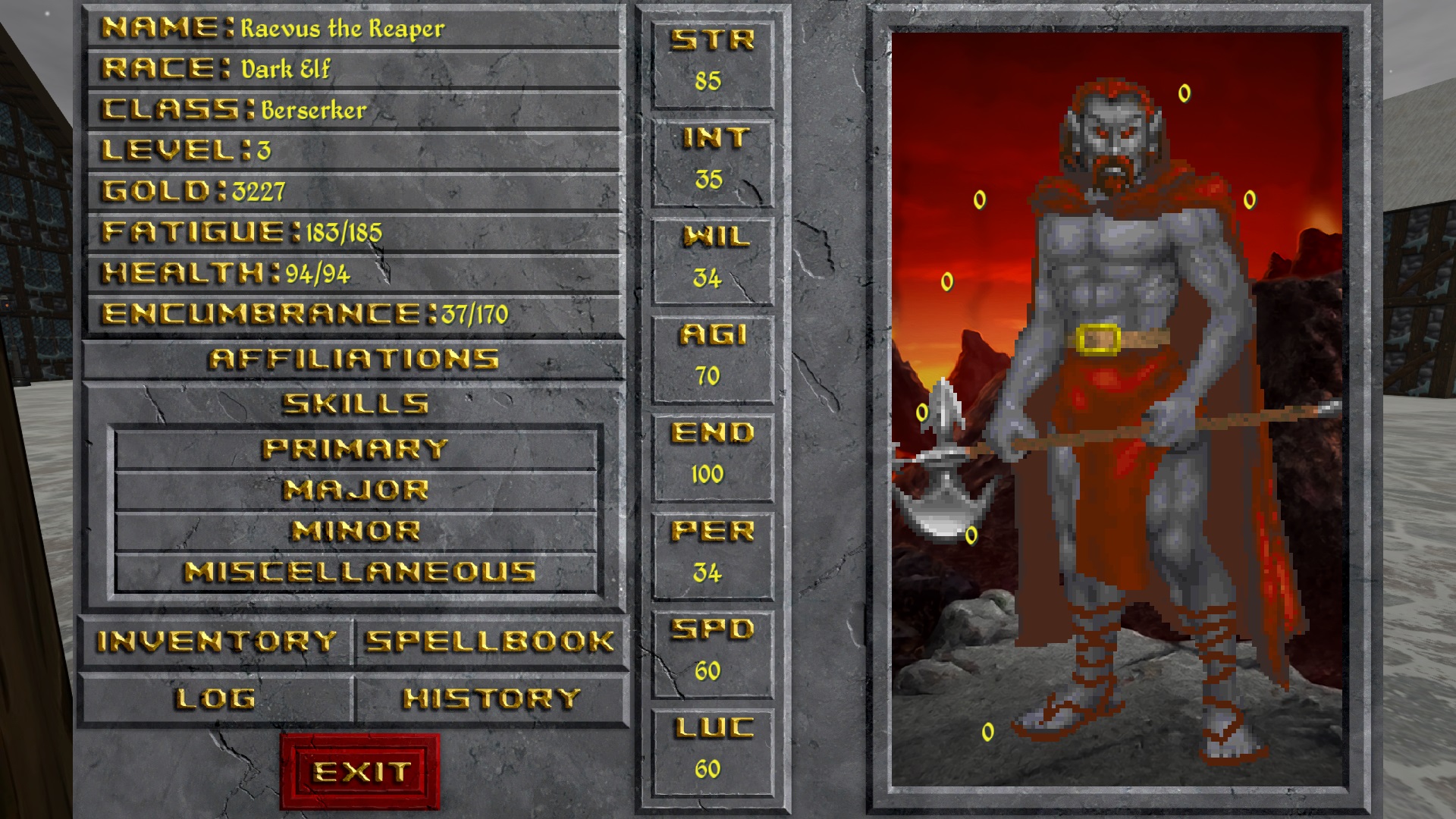 Meet Lilethys R'athril, she's currently looking for some shoes that'll look better with this combo. If there are any clashing colours, my excuse is I'm colourblind 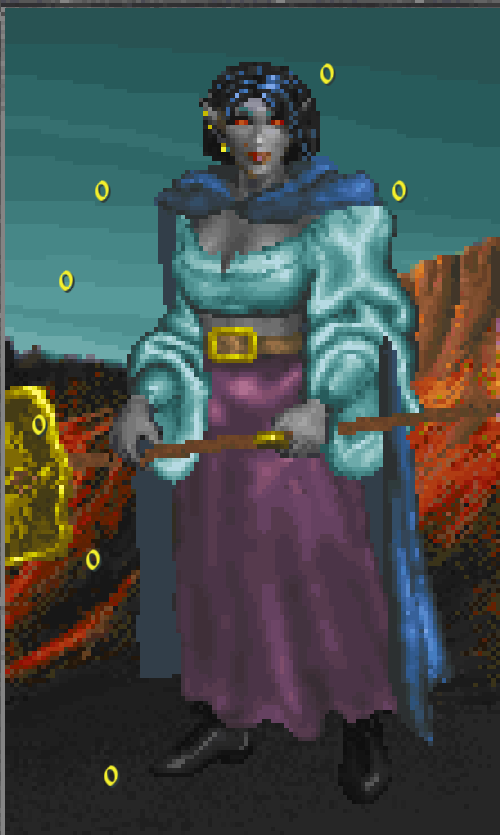 EDIT: Seferoth, I added a second character to my post here. If you would prefer to have just one character/image per post I am more than willing to remove one of my images. No worries! Thanks. It's just the two pics for now.

This is a fun idea for a topic! Although, I probably don't have much taste in fashion and style for my Daggerfall characters. I have changed outfits numerous times not exactly being satisfied with one particular set of clothes.

But for what it's worth - this is my main character, a Female Nord. This is what she is wearing at the moment, may change. Nothing too special. 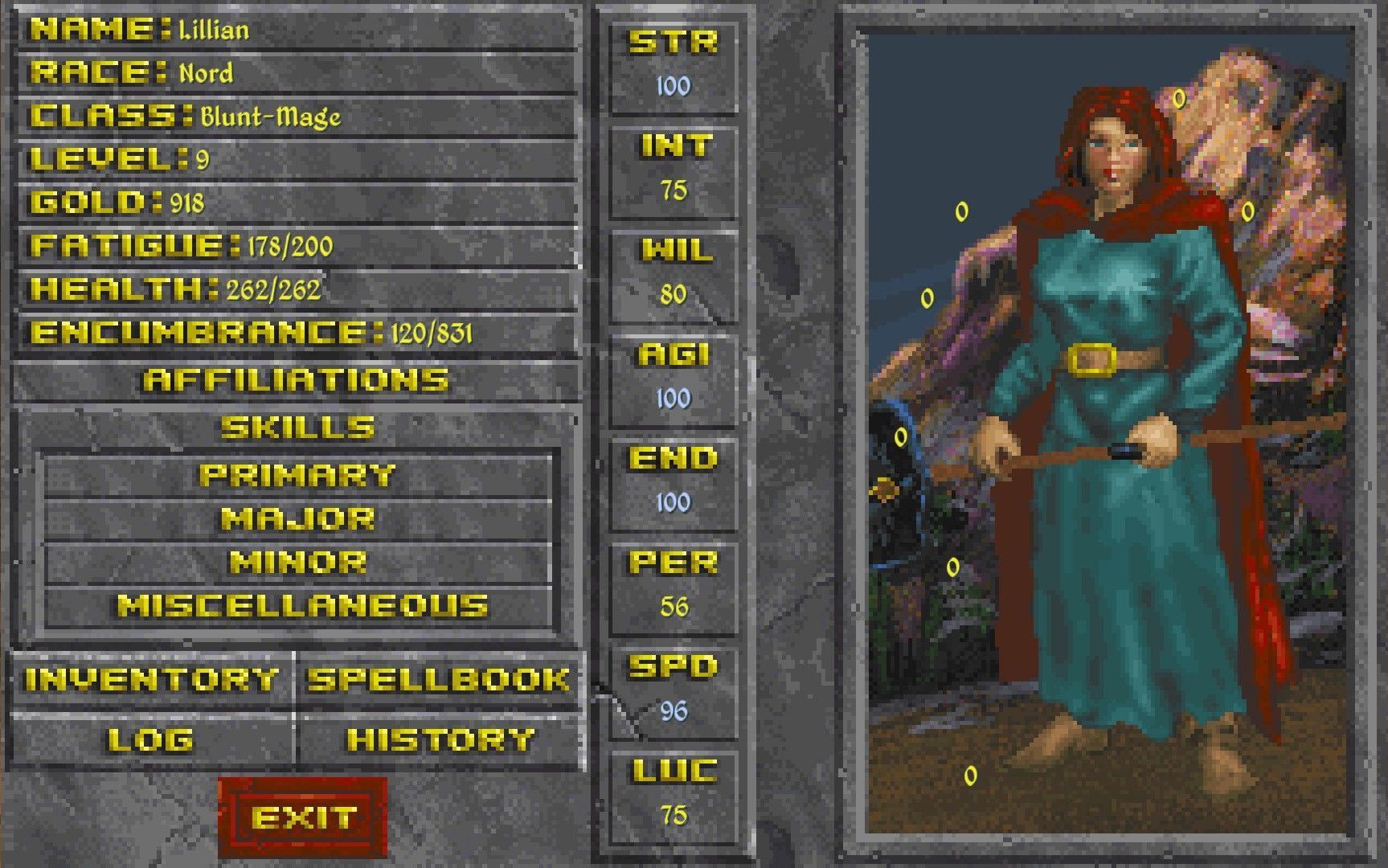 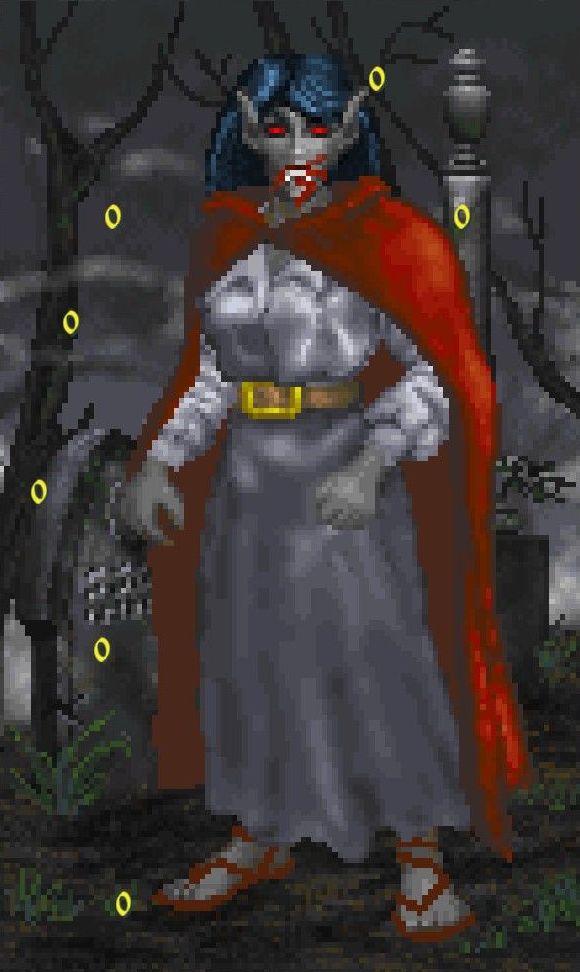 . I really like your Dunmer...uhh Dark Elf vampire! Your Nord female is not bad either, gives a bit cleric vibe for me.

Good topic idea, Seferoth. Daggerfall has so many clothes and layering options even in base Classic.

Here is my Rogue in her usual light armour setup. The Cloak helps in the rain and avoiding quick identification. I don't have all my options as I'm about four provinces from home, but it works. 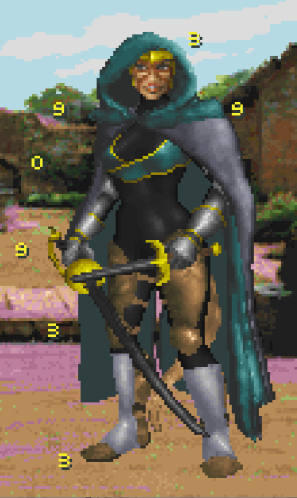 Yes but I think they retroactively apply lore-wise (i.e. the terms didn't appear until... I *think* Morrowind? I don't think they were in Battlespire or Redguard - but in-universe they would have existed and been in use in Daggerfall's time period).
Top

Dwemer was definitely in Redguard. And thus the guide that was released with it, which is almost certainly the first time that I heard the rest of the racial names.
Top

BadLuckBurt wrote: ↑
Thu Dec 26, 2019 10:25 am
Meet Lilethys R'athril, she's currently looking for some shoes that'll look better with this combo. If there are any clashing colours, my excuse is I'm colourblind

Where the heck did you get shoes like that? Are those custom? Really nice character btw!

Think I got them in Tigonus somewhere on a shopping spree before she relocated to Menevia. She has a bunch of enchanted clothes too but this set is all regular and all vanilla
Daggerfall Unity on UESP: https://en.uesp.net/w/index.php?title=T ... fall_Unity
Daggerfall Unity on Nexus Mods: https://www.nexusmods.com/daggerfallunity
My github repositories with mostly DFU related stuff: https://github.com/BadLuckBurt
Top
Post Reply
49 posts