Hello there. After a few days of researching info and tips, as well as downloading and testing several mods, I began a travel towards Daggerfall City from Privateer's Hold, which is a whooping 90 km journey if my estimations are correct. I made for myself a high resolution map of Daggerfall region with all locations by mixing zoomed ingame screenshots so I get a quick access on my phone to dungeon locations. After selling loot and creating some useful cheap spells at Gothway Garden, I first tried entering Castle Masterwing to the east, killing a centaur on the way. First room had three lvl 11 ghosts that used Paralyze, so it was a no-go

So I went southwest instead, being chased by a lvl 15 wraith along the way. Ended reaching some towns where I could sell the rest of my loot, before venturing into The Convocation of Elona, and for my terrible surprise, a lvl 20 Vampire Ancient was waiting behind the first corner. Before killing me, a door opened and a Werewolf showed up and I watched in horror as the vampire turned around and massacred the poor creature with 2 punches. So I decided to head east next. I reached Arkhope, closest town to PH with an Arkay temple, which I joined. After a quick errand quest, I kept going east and finally reached a dungeon I could do without getting destroyed: Skous, a giant settlement.

At first it looked like the dungeon had only 3 rooms with 1 giant and nothing else, but I discovered a secret door and kept going. And boy, was the place huge! I spent the whole evening and part of this morning clearing the place. The spells came handy on some occasions, especially levitate. The dungeon was filled with lvl 10 giants as I expected, but there were also a few lvl 17 gargoyles, which were still killable with my trusty ebony dagger and some patience. I finally upgraded to lvl 2 during my stay there (my skills need 3x the usual xp to increase)

I'm really enjoying the game, and the mods help quite a bit on that matter. Here's hoping I have a grand time. I'll post some images of the dungeon after I cleared it. 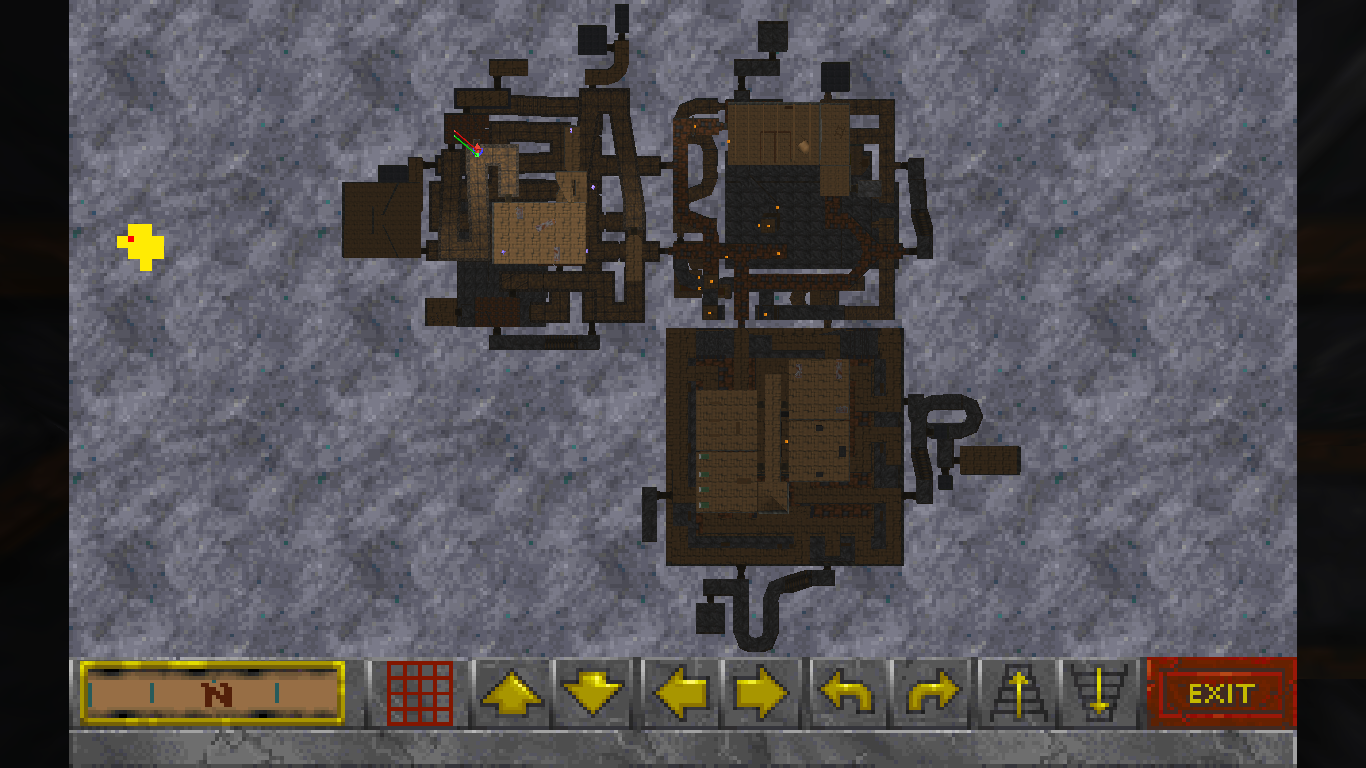 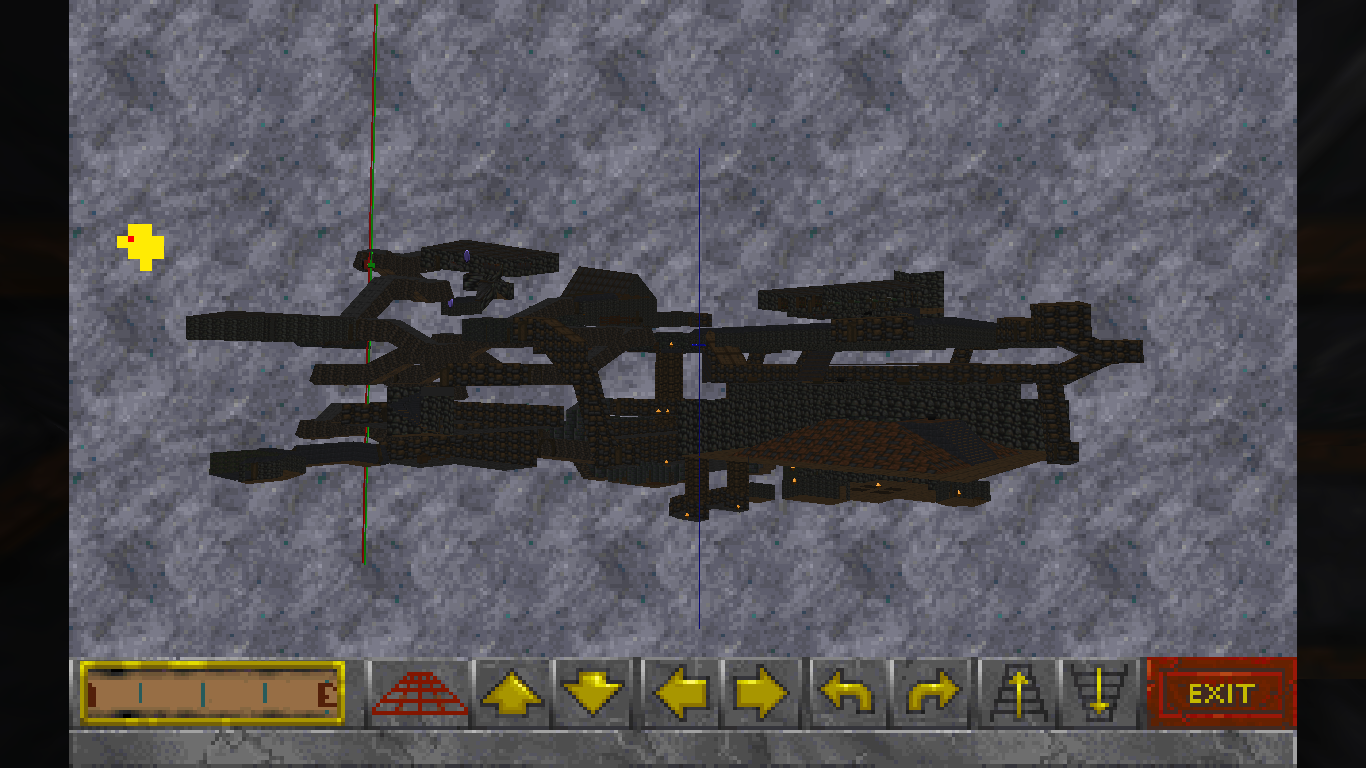 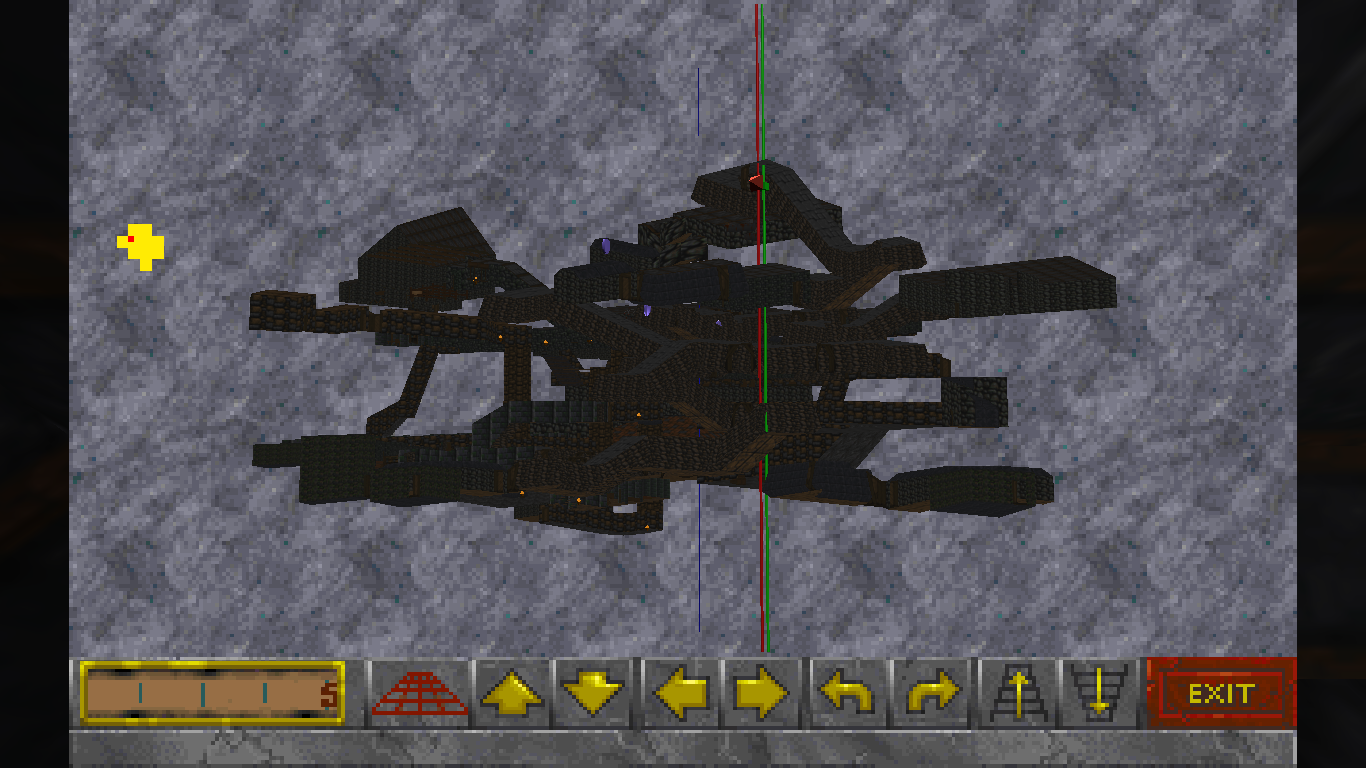 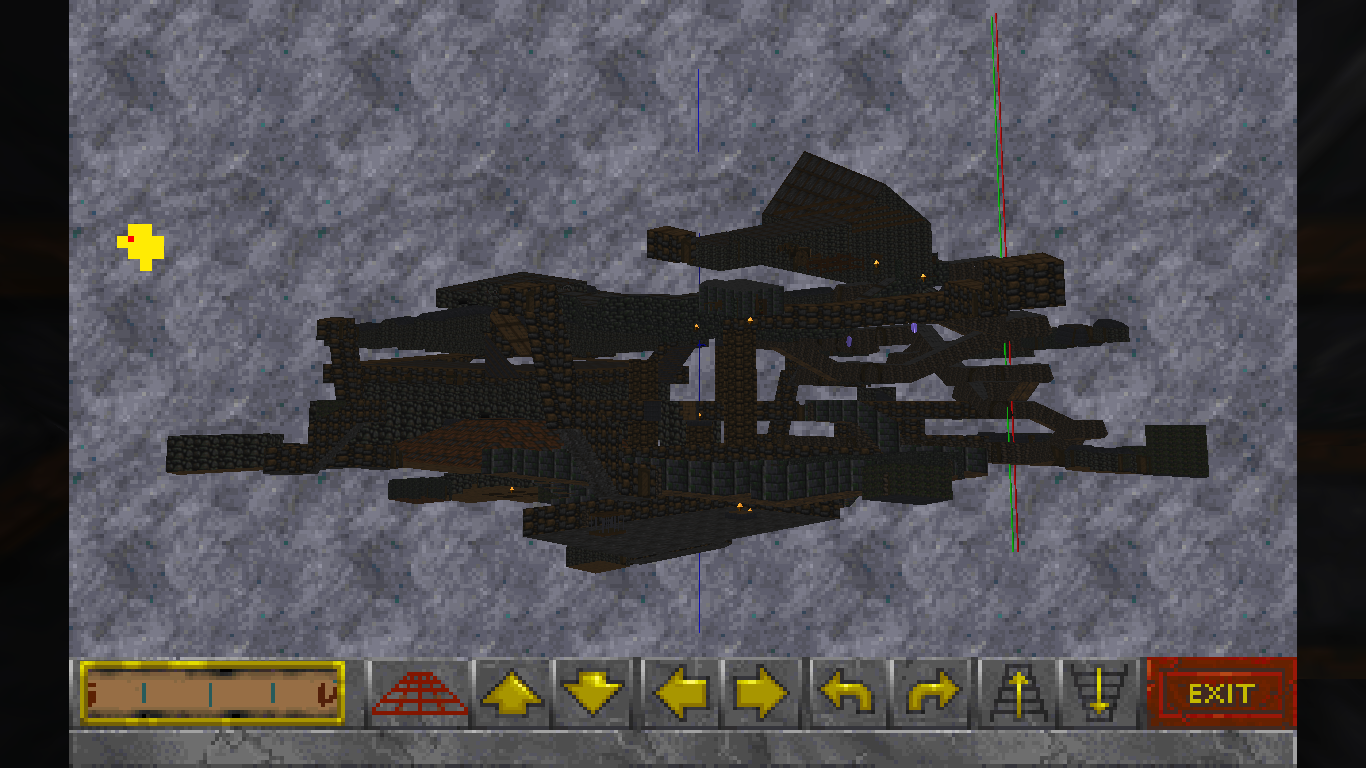 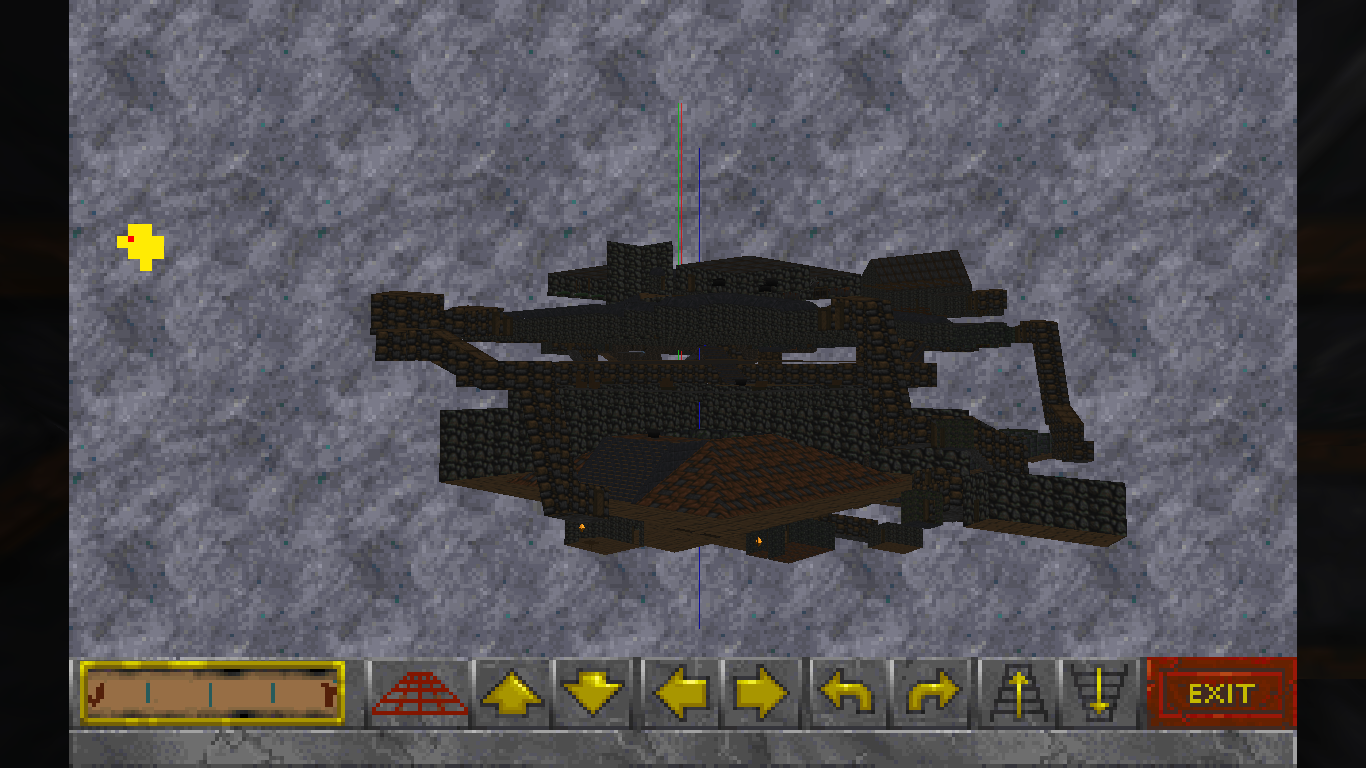 Sweet!
I watch lot of blind runs streams on Twitch too; Seeing people experience Daggerfall stuff for the first time, that's often interesting. It does not always end well, because hey, no game is right for everybody. Other times it's just bad circumstances.
I'm glad you enjoyed my favorite game

Cool experience! I'm curious what you character build looks like though, without this it’s not quite clear how it have gone.

Also what spells you have got and which proved to be useful?
Top

I'm wearing plate armor and using 2 hander long blade with a bow as secondary for special occasions where it can come handy. As I mentioned I also have some useful spells, some for easy training and others to make the dungeon crawling easier.
Then again this is nothing but a test build for now. My plan is to reach Daggerfall City while exploring the dungeons I find in the way, then making another character with more balanced stats. Next time I'll ease on SPD and STR and not dump PER so much

Also might give AGI some love, cause the Unity version makes it matter on your chances to land hits from what I read. I'll also make some changes on advantages and disadvantages on the next run, not fully satisfied with the results my current set gives. In the end my ultimate run will probably be once DFU reaches 1.0 release.

Also, after a few quick goes on some crypts and bailing from a dungeon that had frost daedra, I reached Yeten's Web, a spider net. As the name implies, the place had mainly spiders but also a few bats and rats, as well as a barbarian in a room with a caged grizzly and sabertooth. This dungeon introduced me to the red wall teleporters, there were 7 of them, one of which was actually a trap that tried to hit me when interacting with it

Here are some images of my character and of Yeten's Web after being fully cleared: 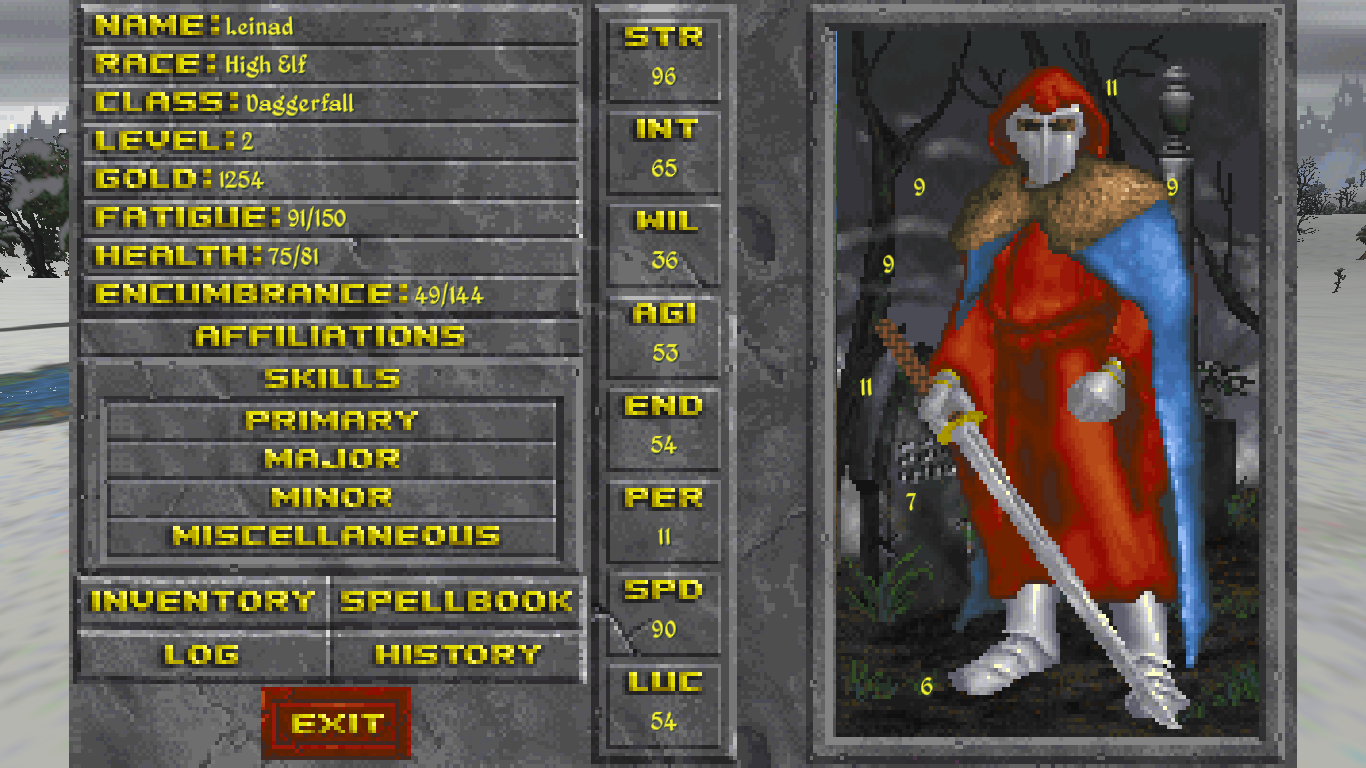 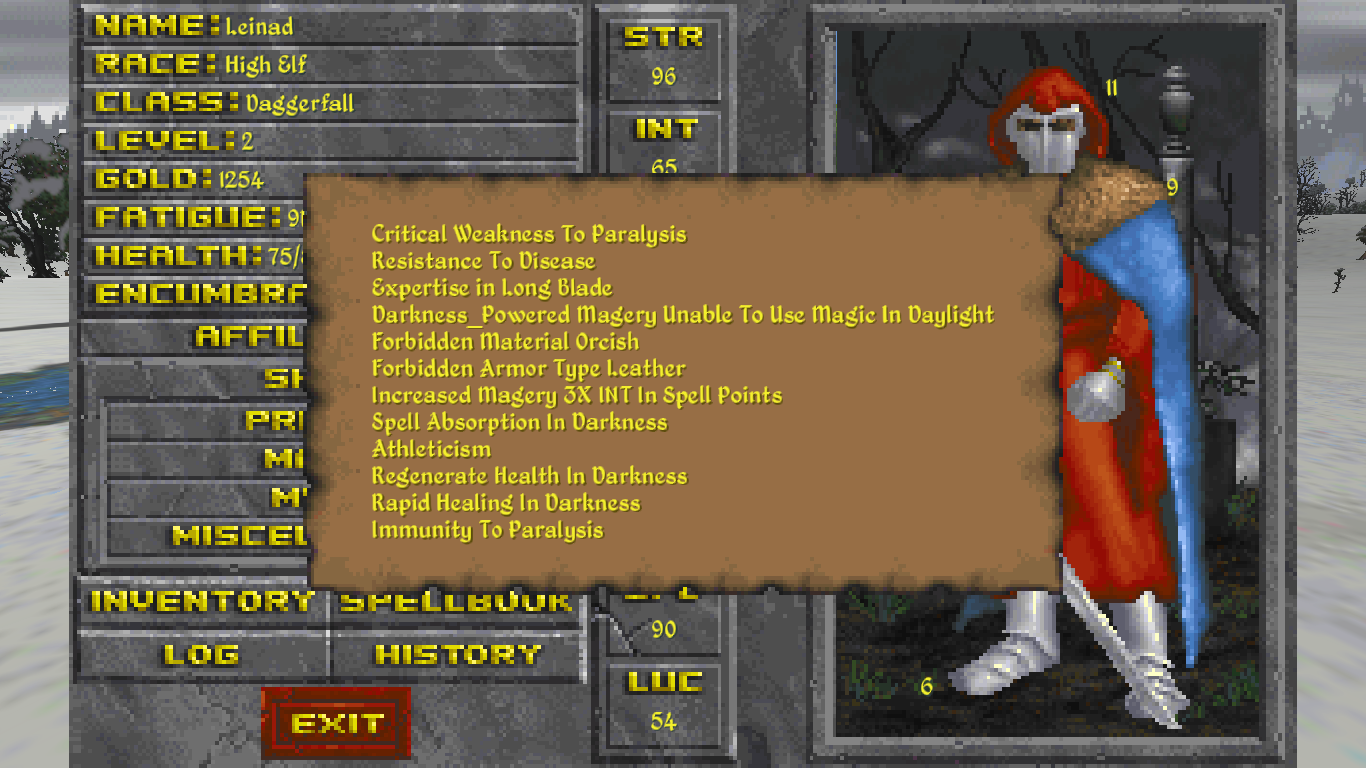 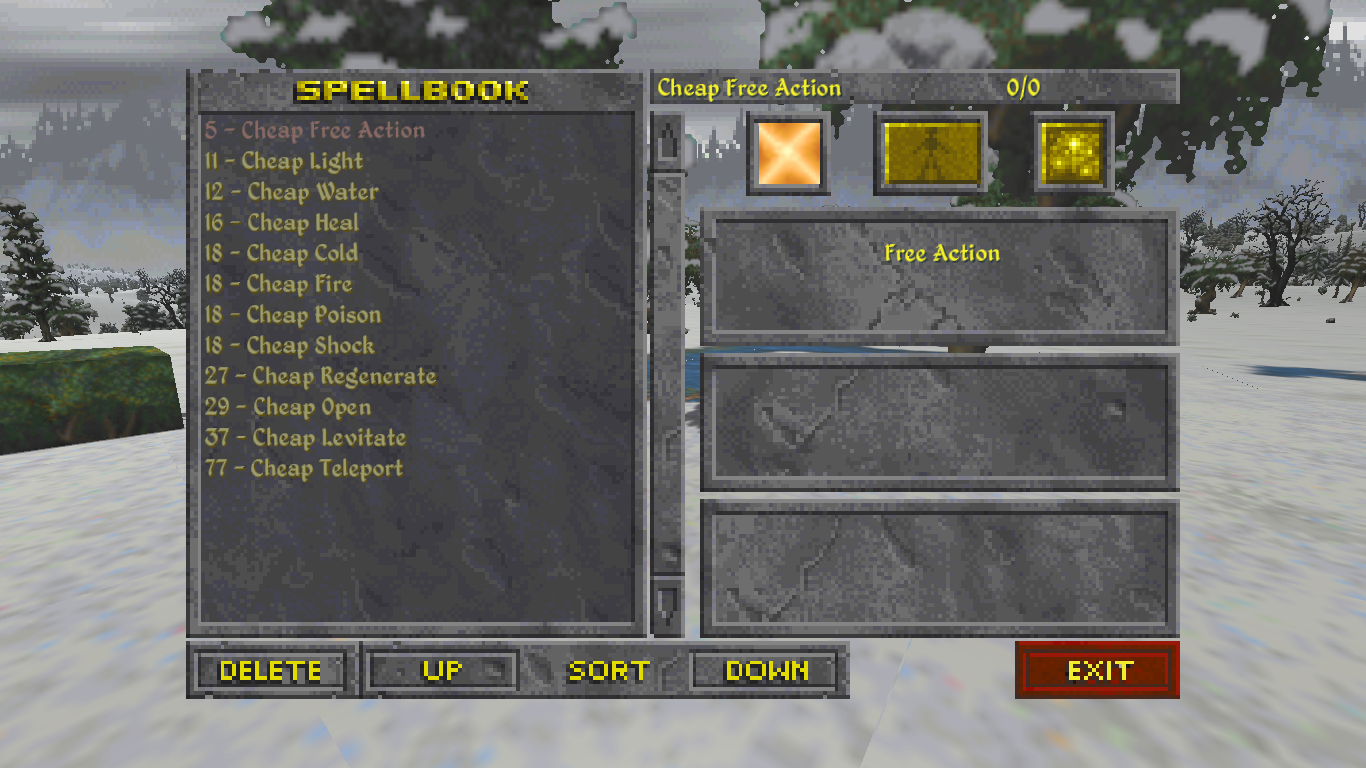 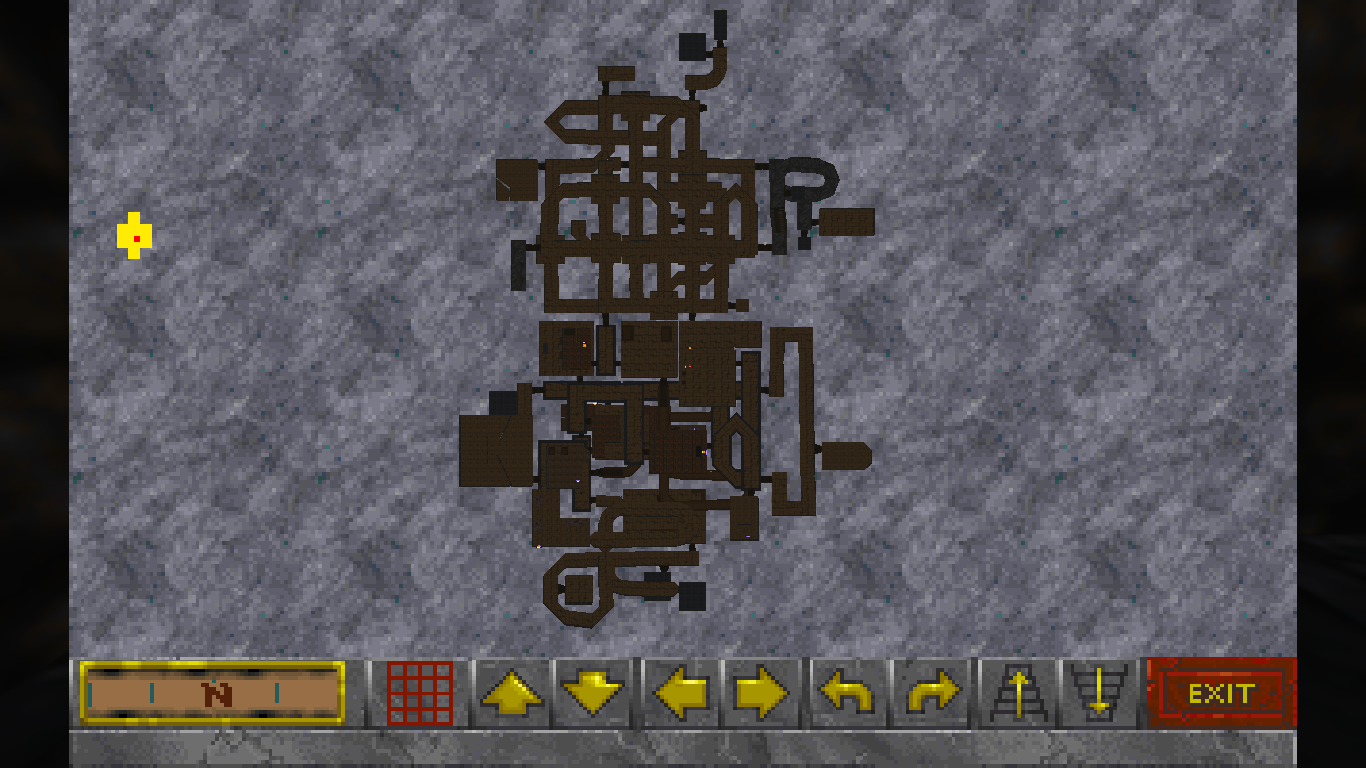 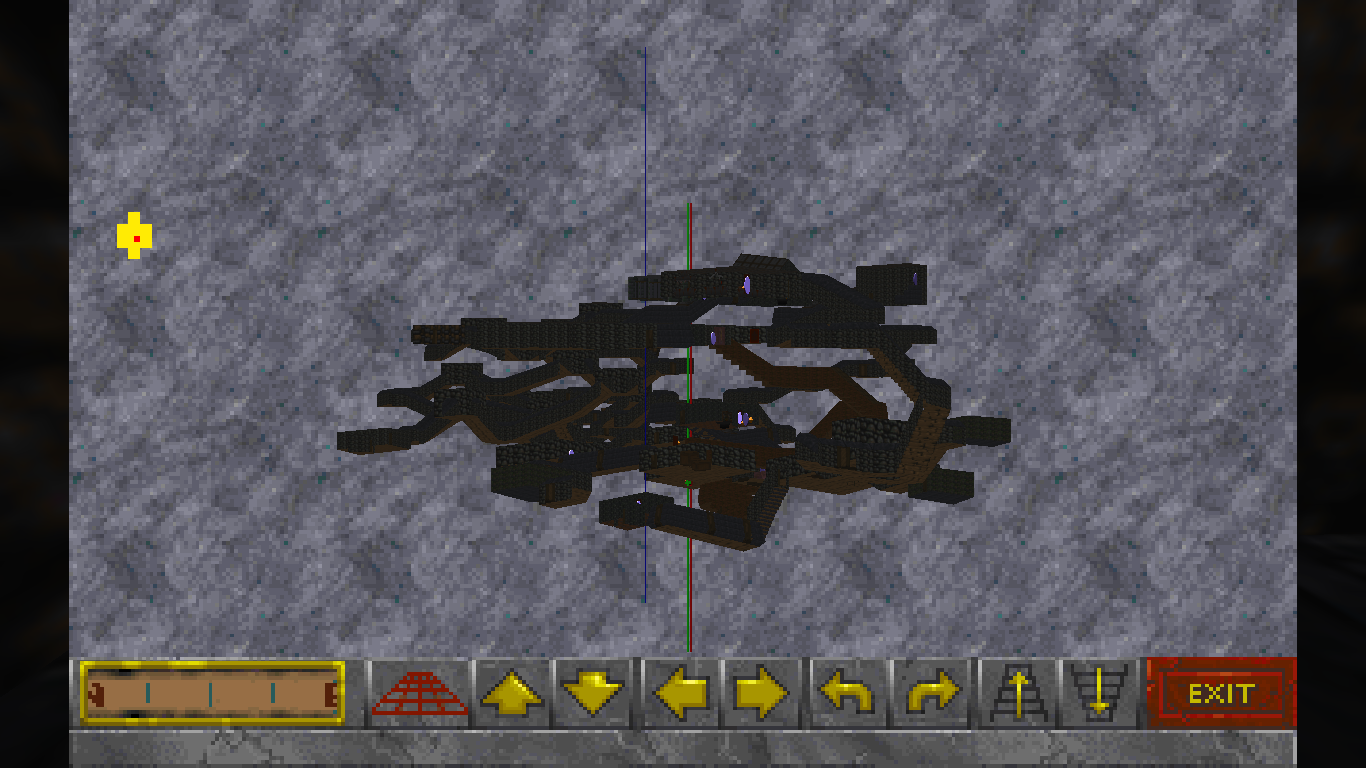 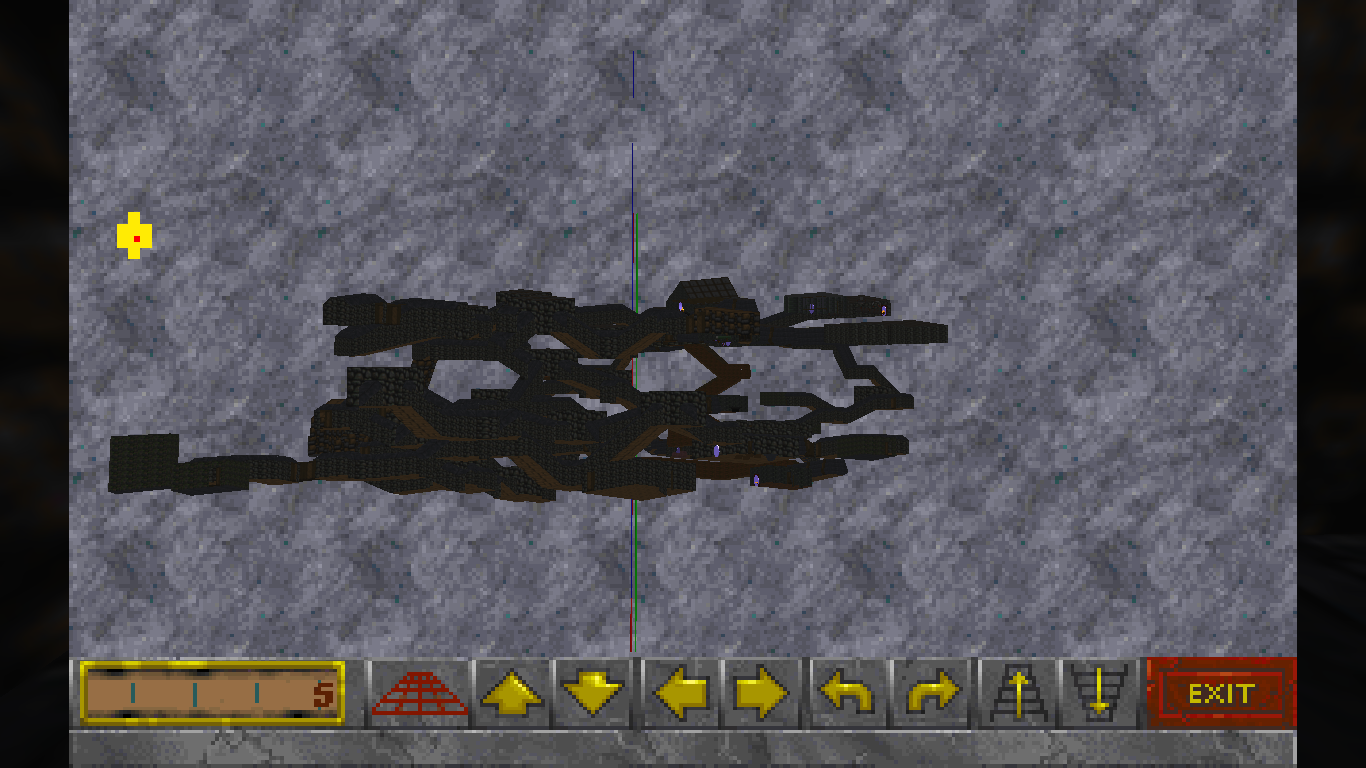 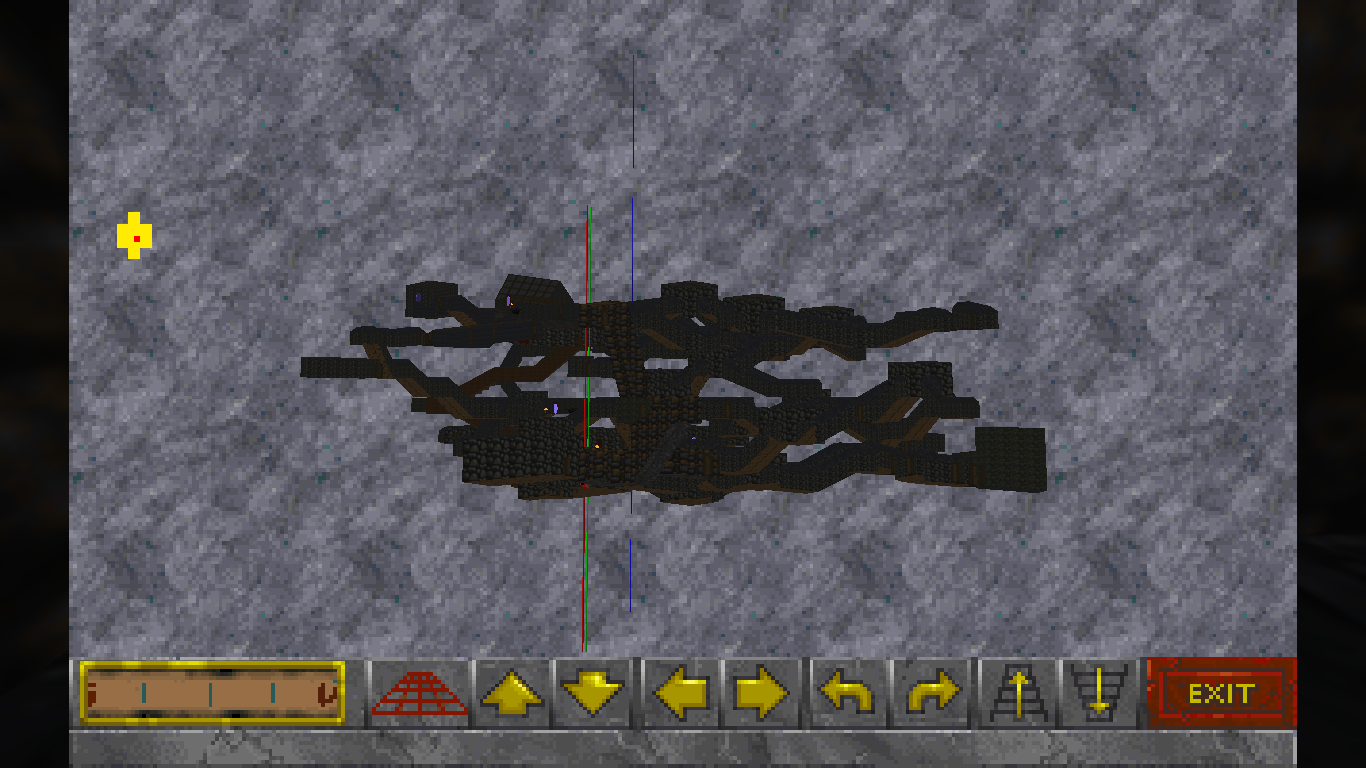 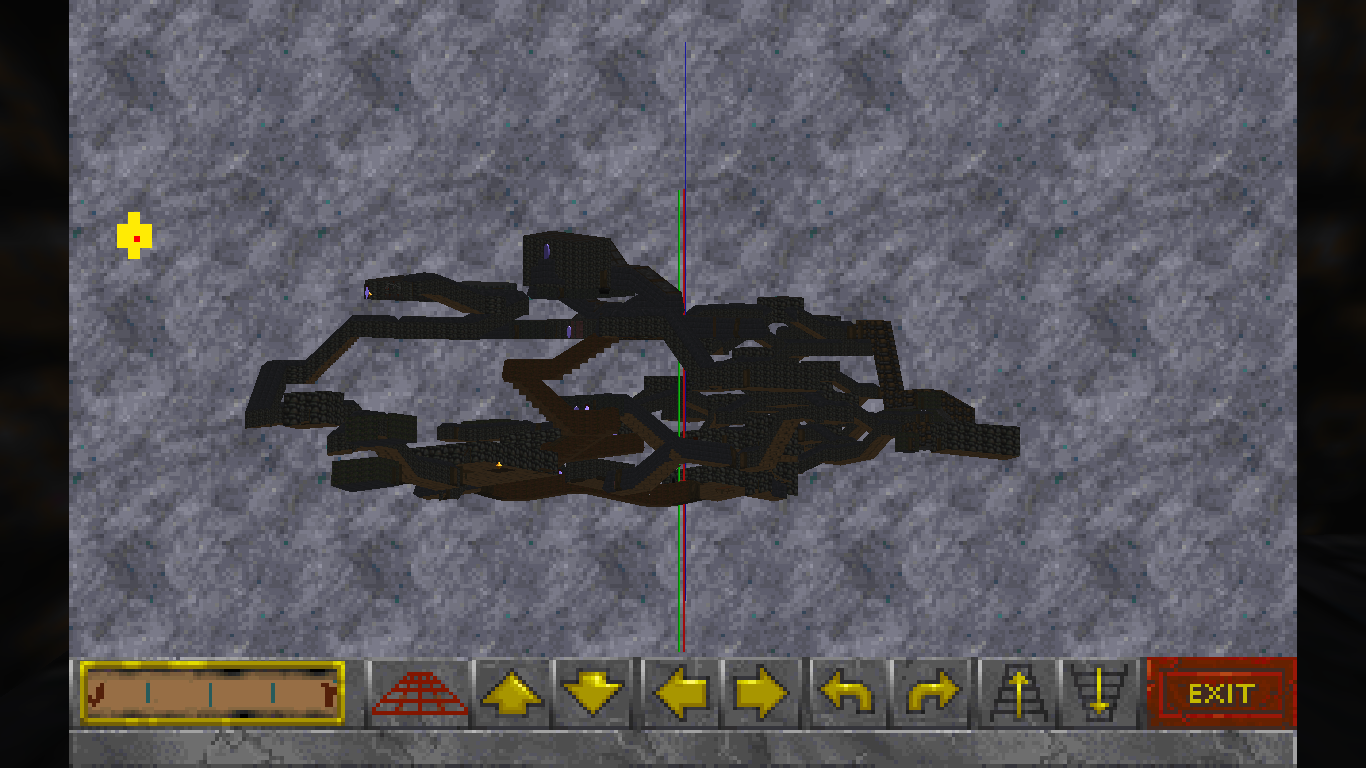 Next stop is the first walled city I visit, Stokworth.
Top

Ha ha, Yeten's Web... I recently had a terrible time fighting through there

I had to find a lost scholar who trapped himself under a locked door somehow and was waiting for someone to rescue him. Sadly, the quest had no "feed to wolves" option!

Glad to hear your positive experiences

I noticed you took critical weakness to paralysis and immunity to paralysis, this is an old trick from Daggerfall classic but it doesn't work the same in DFU. There are posts about how the resistance system works you might to read through to help you make decisions.
At lower levels you can count on DFU to have the possibility the area you enter might have things ridiculously more powerful then you but the system is flexible enough that with some cleverness you can get past them. It really only comes into play though if you are doing quests for the different factions. From your post it seems you are just wandering so no need to deal with them except to get out of the dungeon (hint recall spell is a great ahh run away strategy).
Anyway have fun glad you are enjoying DFU!
Top

Yes, I knew the paralysis high elf exploit was fixed on DFU. I still took it since it's still a 50% resistance to paralysis while greatly bringing down the skill advancement dagger, which allowed me a few additional advantages.
Top

dani26795 wrote: ↑
Tue Jan 28, 2020 8:24 pm
Yes, I knew the paralysis high elf exploit was fixed on DFU. I still took it since it's still a 50% resistance to paralysis while greatly bringing down the skill advancement dagger, which allowed me a few additional advantages.

It is one of the better return disadvantages just wanted to make sure you understood their was a difference to how things work in DFU. It looks like you did your research though, planning out a build can be as fun as playing it.
Top

After visiting Stokworth, I went a bit south and entered Edworyan Laboratory. As expected, it was filled with mages, spellswords and a lot of atronachs. It took a good while to clear, having 4 central blocks, but it felt somewhat shorter than clearing Skous, maybe cause I'm getting better at combat

The toughest fight was on a room at the top of one of the blocks. The room had no less than 5 treasures laying on the ground, but as soon as I stepped in, 7 doors opened with a fire atronach on each of them. I had to quickly retreat and then slowly luring them in pairs to deal with them. It took some patience but I got through in the end. Unfortunately I wasnt able to completely clear this dungeon, since there was a door with a magical lock, which was too powerful for me to open with the Open spell.

I was struggling with the management of the loot, the wagon got filled to the brim and I ended quite close to being full myself as well. I left the place with enough books to open up a library

and the whole loot netted me about 40k gold back at Stokwrth, very nice indeed.

After leaving my Elven Dai-Katana repairing and equipping a Steel one as temporary backup, I have ventured east and entered another giant stronghold, Sasherus, so I expect some more Giant and Gargoyle fighting. I'll talk about how it went once I clear it all. Here are some images of the laboratory, and also the mods I'm currently using. I was thinking of also adding Enhanced Skies since the original one upsets me a bit on how it behaves when I move the camera, but I'm afraid that my potato laptop might not take it well Sasherus cleared. I'm getting better at combat and learning enemy's attack patterns, so fights dont take too long anymore. It was a bit tedious to explore this dungeon since, after the first block, the only way to access the other blocks' bottom from the entrance area was going deep into the 1st block every time. I was surprised when I entered an underwater corridor and an Ice Atronach was waiting for me there. I also leveled up to level 3. After selling the loot in Stokworth I'll keep venturing to the east.