My 2nd DFU character, custom pure spellcaster class. First character was an Argonian Acrobat, still couldn't finish a dungeon at level 7 so I gave up =D

I ended up putting attribute points into str and per after int maxed. I could have probably been a little more strict, since I had blunt weapon as a minor skill I can bash enemies pretty well at this point. 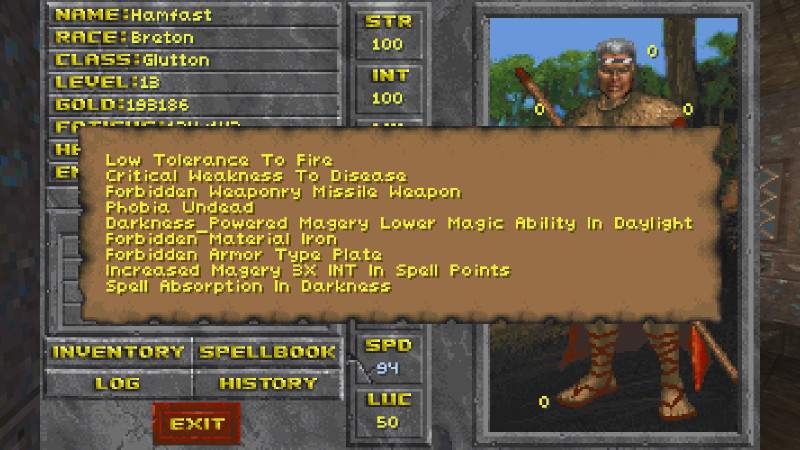 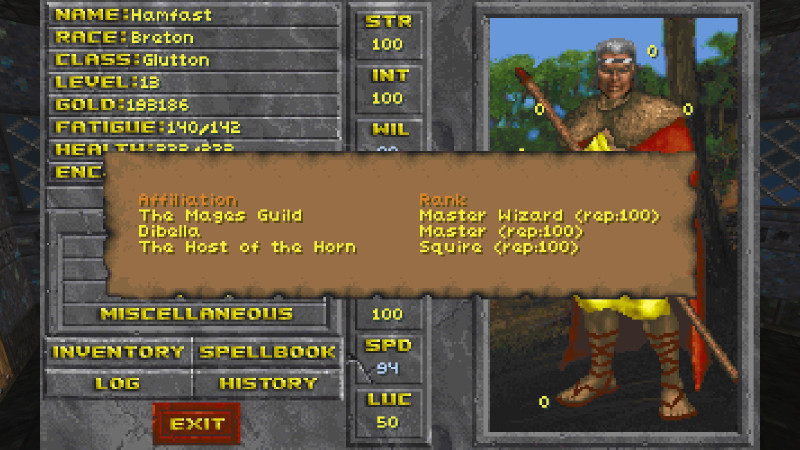 Thought I was done with that character until I was watching a Zaric stream and he pointed out that the "Daedric Artifacts" of Knightly Order quests are different from the "Artifacts" you get by summoning Daedra. I saw one of them was some kind of mage staff so I had to bring him out of retirement.

I thought longblade would be the easiest knightly skill to train up to 71% to get high enough rank to access the "The Artifact" quest. About 20 dungeons later I have 71% and realize...I actually need 81% to get the "The Lost Artifact" quest. Oops. Fortunately at that point I figured out you can use a steel broadsword against a well armored barbarian for about as long as you want and he won't die, so the last bit only took a couple in-game days of training and resting with the barbarian stuck at the bottom of some stairs. 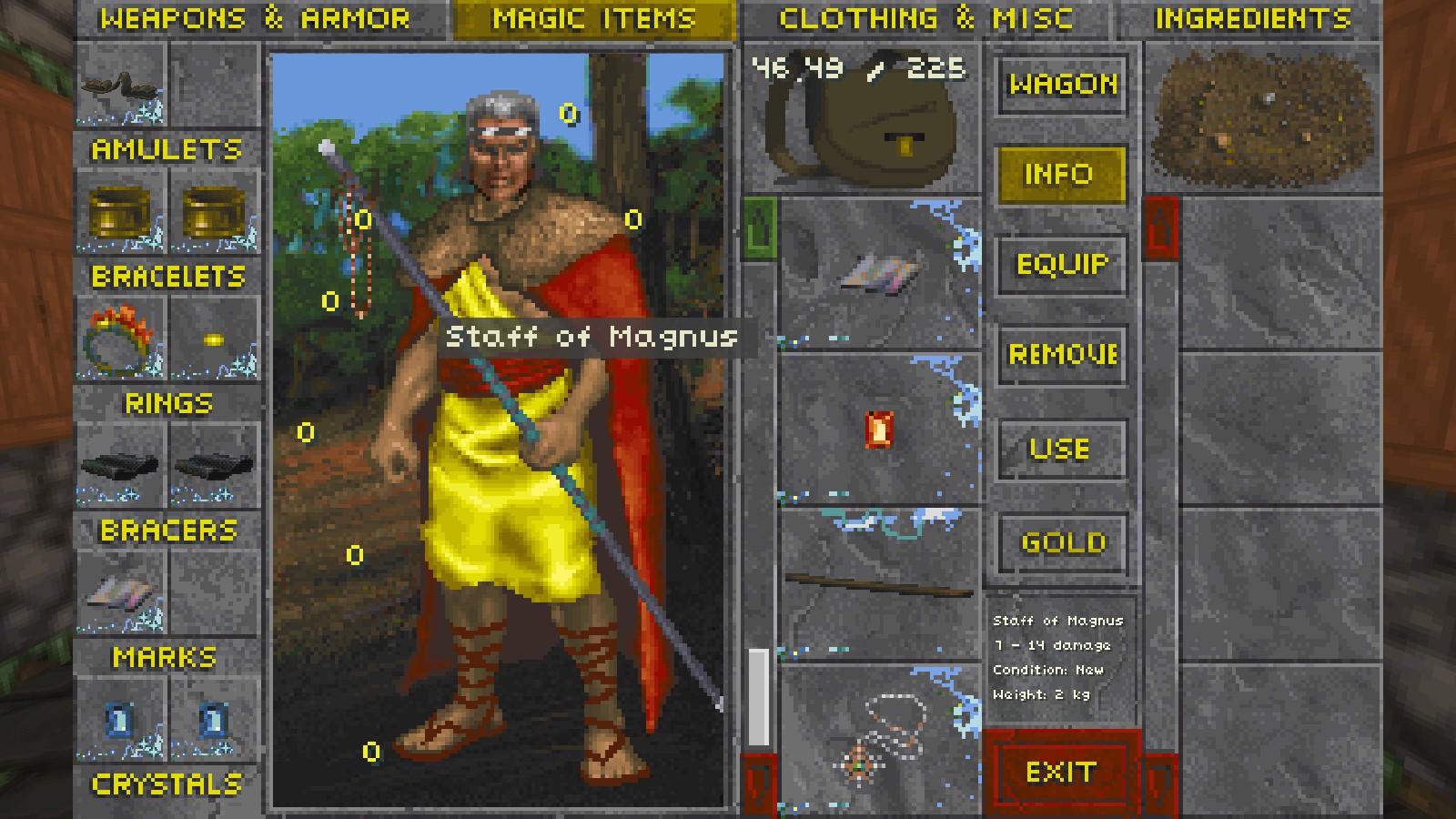