Off topic discussion. Talk about gaming and life in general. Be awesome to each other.
Post Reply
9 posts • Page 1 of 1

These are all the things related to screenshots of pre-release classic/demos that I have collected. I haven't fully looked through most of these, so I can't guarantee they're not missing a NSFW tag, also there's a lot of overlap in these links. If anyone has any other good links I could add, I will.

Some notable sources for official screenshots available through the Wayback Machine include:

Official website, 1996 snapshots (not all stuff preserved sadly, but we have it from other sources):
http://www.bethsoft.com/html/dagpm1.html

This one has some good stuff including some NPC animations in larger resolution than found in the game files (IIRC), e.g. the temple dancers. NOTE: Some screenshots are in a kind of blurry 640x400 GIF upscale but I managed to downsize them to the original 320x200 without artifacts, the results can be found here.

Somewhat of a rare occurrence for the time period, a fan site has a few original screenshots from Bethesda (most known from other sources like magazine coverdisks but a nice thing anyway):
http://www.geocities.com/TimesSquare/Du ... 027nf.html
http://geocities.com/TimesSquare/Dungeo ... dfall.html
Last edited by MrFlibble on Wed May 30, 2018 9:24 am, edited 1 time in total.
Daggerfall clothes & armour fix | DOS Games Archive
Top

This ones from 1994 are super awesome in my opinion
Spoiler! 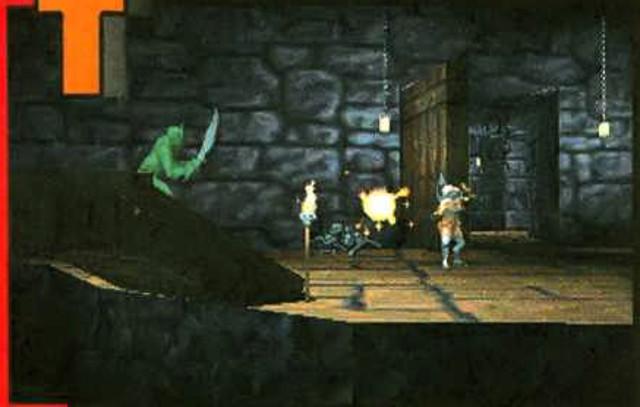 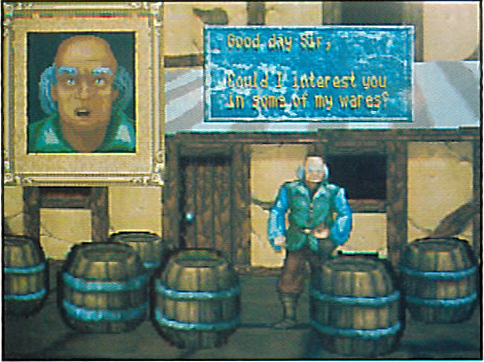 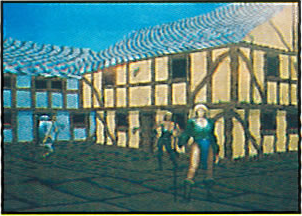 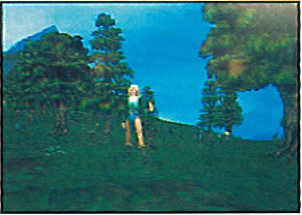 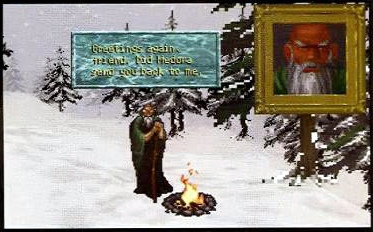 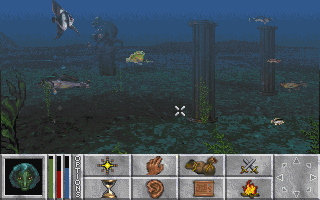 Old buildings and underwater with fish are most interesting things there

Also this ones with clouds and horse guards already was posted?

If someone interested - great theead about beta arena
https://www.betaarchive.com/forum/viewtopic.php?t=16245
Top

@ MrFlibble
Thanks for these, that MobyGames one is especially awesome.

@ Biboran
I added a link to that Arena thread, there's lots of cool stuff there.
Top

Interkermit wrote: ↑
Tue May 29, 2018 9:50 pm
@ MrFlibble
Thanks for these, that MobyGames one is especially awesome.

Note that I submitted then on a by-source basis, meaning that they are not really sorted according to any chronology. It's especially true for this batch which mixes up images from different time periods (some apparently still from 1995 and newer already from 1996). However Hallfiry did some analysis and preliminary sorting based on approximate publication time of the images and their content, in his galleries at kultcds (linked in your first post), but a more refined chronology of images could still be prepared.

BTW, I think I also forgot to mention this very early screenshot pack with the "plain" HUD: DFGIFS.ZIP. The images are from January 1995, according to date stamps.

Post this classic ones in case they aee missing.
Here are possible to see dynamic sky objects as moon and clouds and also horse NPCs in action.
Also on second one more detaled landscape and I don't recognize this building 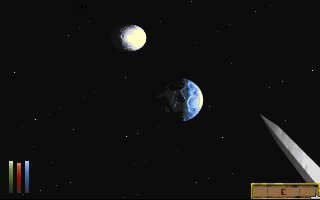 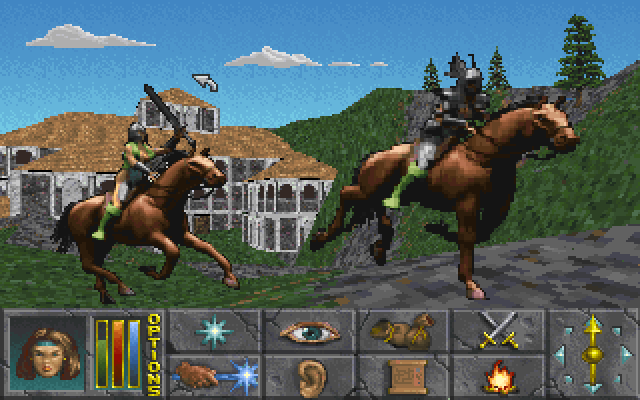 I took a crack at dating the prerelease images a while back:
https://drive.google.com/drive/folders/ ... sp=sharing
Top

@ Biboran
Thanks! I didn't add the bottom one as it's in several of the archives I linked to, but the top one isn't, so that ones in there now (It's got fullscreen mode, which is interesting).

@ epicurius7
I added that to it, it's quite interesting to know where in the development cycle they were with each screenshot.
Top

I just noticed a little something about this official screenshot:

Not only it shows what appears to be a High Elf on Valenwood background (while the character is stated to be a Breton), but also the character's face is absent from the final version graphics (I haven't checked the early demos yet), although there's a slightly similar High Elf face but with a different hairstyle (seen here, third from the left in the High Elf face row).
Daggerfall clothes & armour fix | DOS Games Archive
Top
Post Reply
9 posts • Page 1 of 1