Off topic discussion. Talk about gaming and life in general. Be awesome to each other.
Post Reply
5 posts • Page 1 of 1

For those still playing the original Daggerfall using DOSBox, I managed to fix the textures used for town people in most part of Hammerfell. The only exception is the Dragontail Mountains as it requires tweaking climate.pak and I didn't take the time to do it yet.

So, as you already know, the problem is that instead of Redguard textures, DF uses Breton textures for some of Hammerfell NPCs, for example in Sentinel. It also uses Nord textures for the Dragontail Mountains. How DF works is like this:

Our luck here is that the two regions we have to tweak, i.e. corresponding to Hammerfell locations, are available directly in fall.exe third segment. I mean that DF devs could have put Breton race for all climate values equal to or above 228, in which case patching the code would have been much more difficult. But here, we only have to replace the race number for climate values 228 and 229 with 2.

To do this, open fall.exe with your favorite hex editor and locate the following byte sequence:

Edit: actually, it took me a little time to tweak climate.pak.
I used FiryWoods found on the UESP to export/import the file.

Here is the new climate.pak: Compare it to the previous one: 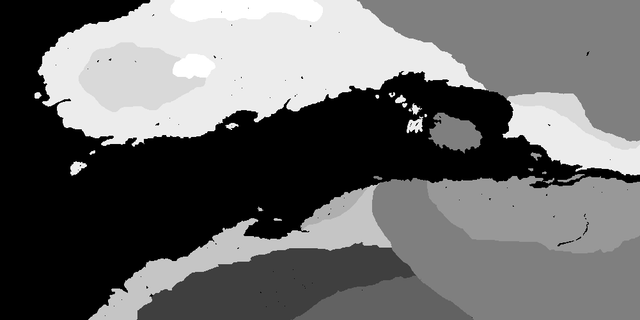 The image is provided here with enhanced contrast only to show the differences, but the climate.pak file you can download below has the correct light grey values ranging from 223 to 232.

Replace the older one in DF and enjoy Redguards in the Dragontail Mountains!

In DFU, I matched mobile NPCs races to classic, but there is a good case to be made for this being a bug in classic. I'm curious if others would like this changed in DFU as well.

At least in DFU we have Kramer's villager mod to add a lot of variety anyway.

I think this is more or less a bug in classic in the sense that people are given Redguard names in all parts of Hammerfell, no matter the texture. DelphiSnake mentioned this as an issue here 6 or 7 years ago.

Anyway as you say, I would be curious about what others think about this.

Also, I must admit Kamer's villagers mod is impressive!
Top

I tested my CLIMATE.PAK changes in DFU and it works perfectly in areas using 224 and 225 climate values 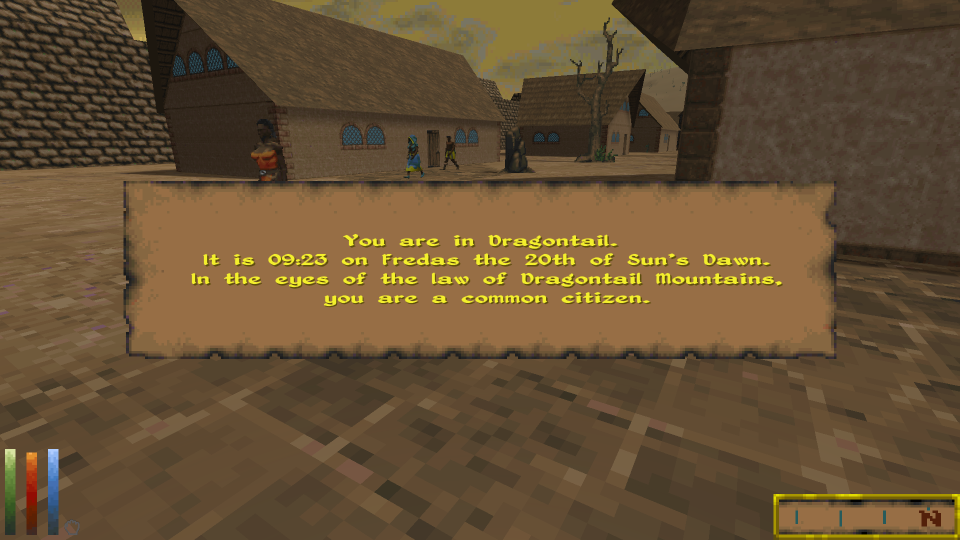 I'm in Alik'R desert, going east to Scourg Barrow for a cartographer quest, the timing is perfect

Thank you Ferital!
When a measure becomes a target, it ceases to be a good measure.
-- Charles Goodhart
Top
Post Reply
5 posts • Page 1 of 1