Off topic discussion. Talk about gaming and life in general. Be awesome to each other.
Post Reply
22 posts

For the longest time I learned about Daggerfall from a book called Daggerfall Chronicles. It had a ton of the math figured out for how things worked in Daggerfall.

I'm wondering if anyone here has read it? I mean a lot of the Wiki's and forums about Daggerfall have figured most of this stuff out. Yet I am sometimes surprised going through and finding a tidbit of knowledge. 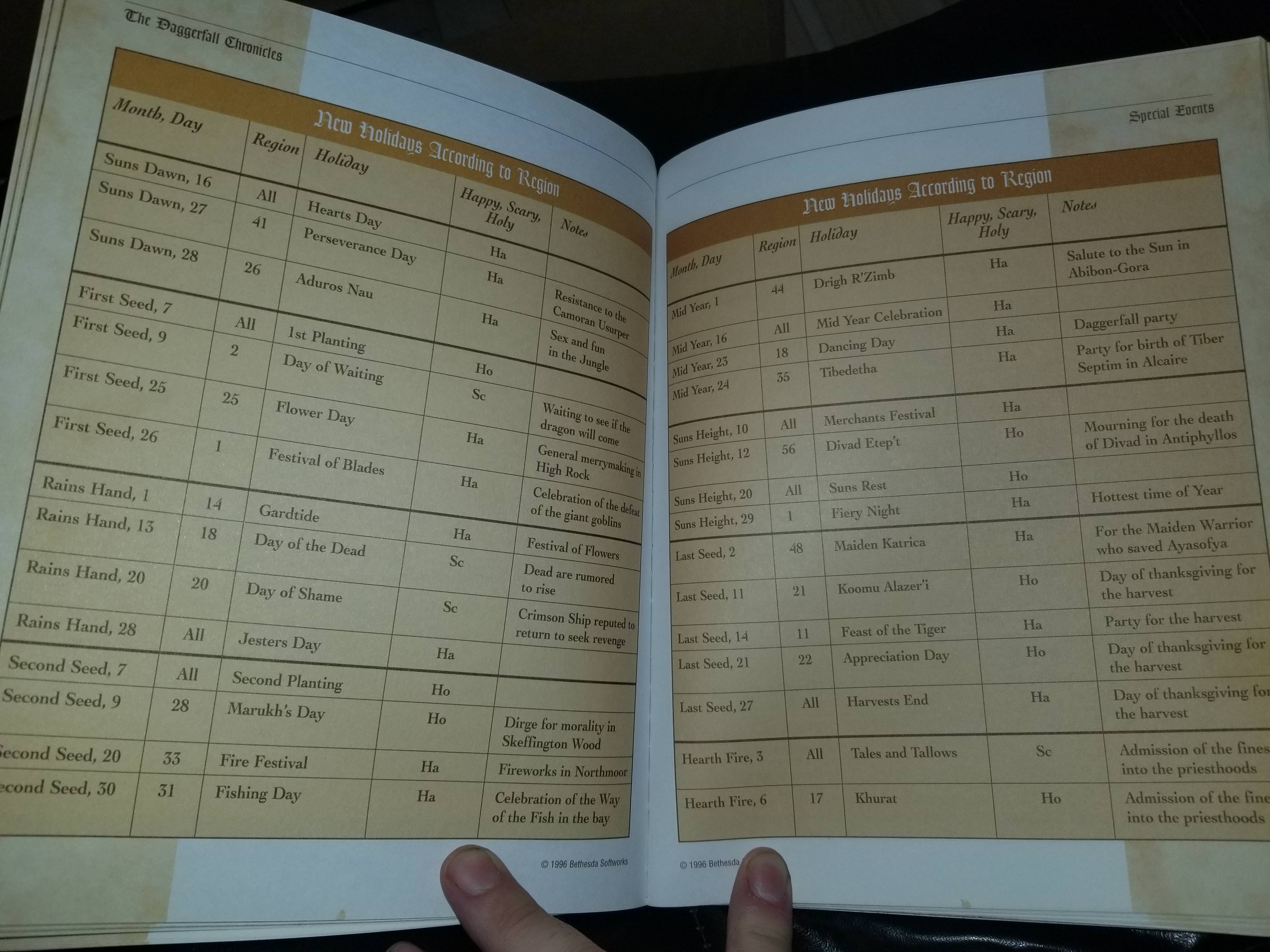 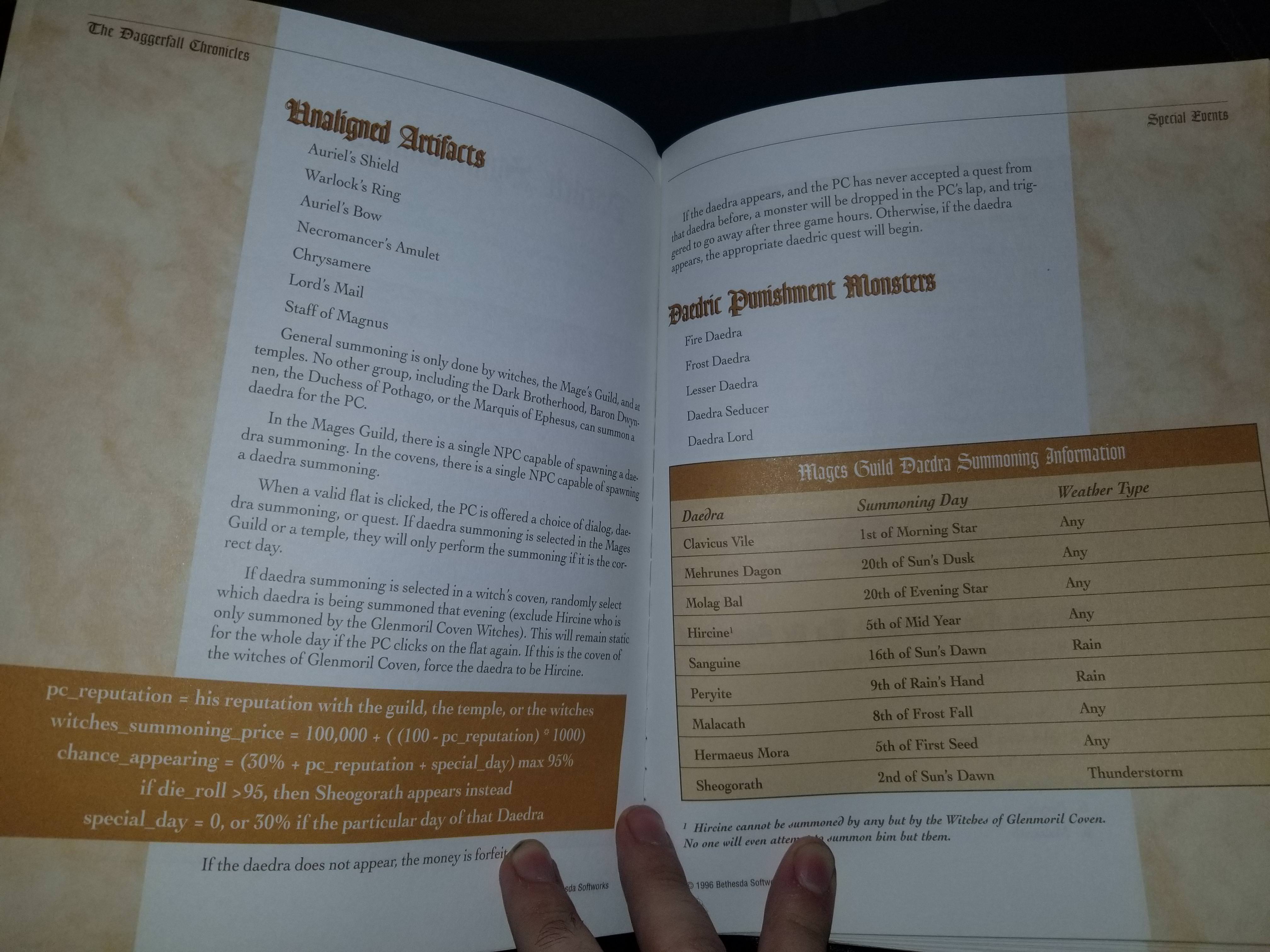 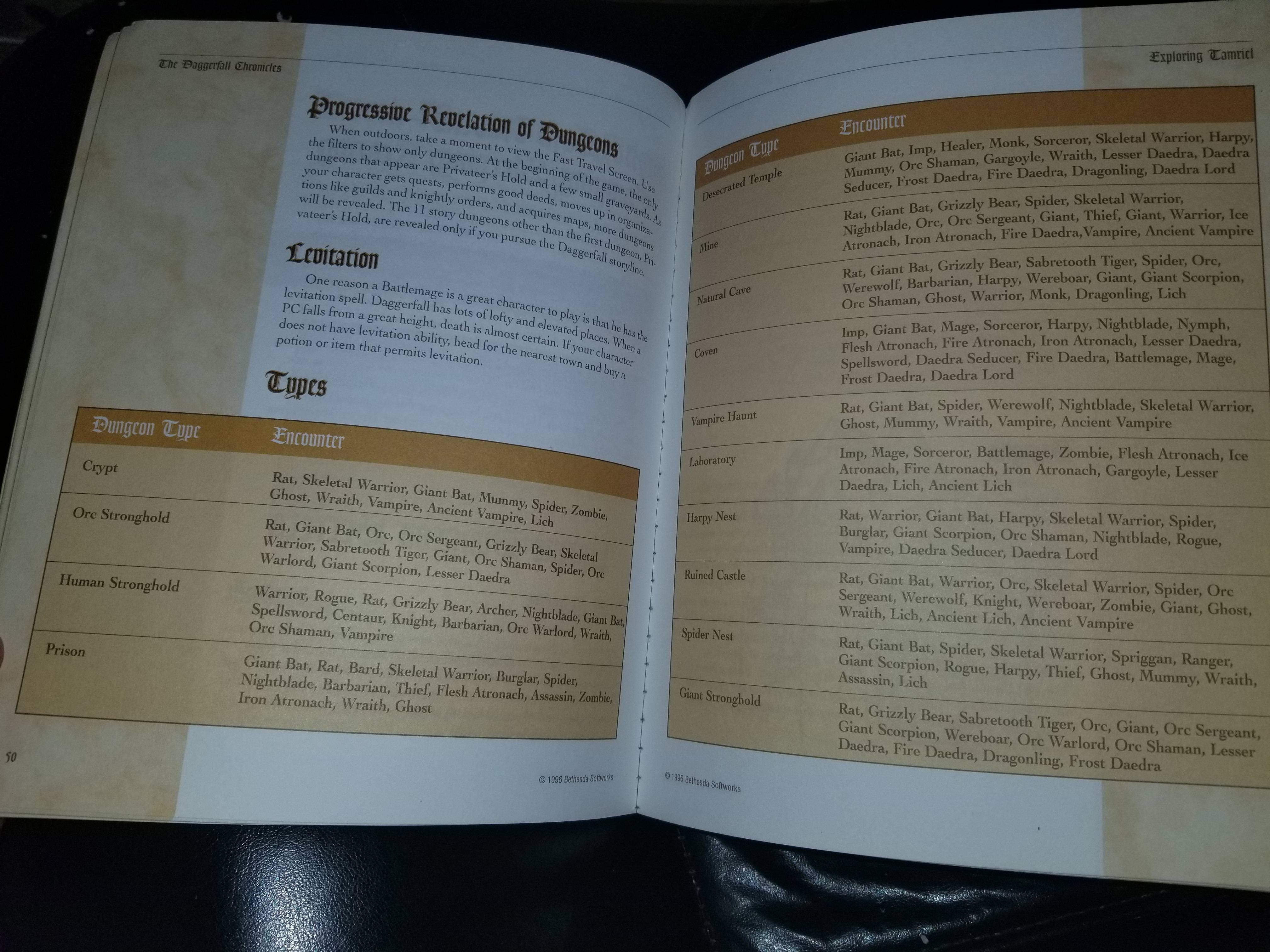 I'm wondering if you guys have any questions about how things might work in Daggerfall that aren't figured out that might be in this book. The book is almost 300 pages and has quite a lot in it.
Top

I still have my old dog-eared copy from back when. It's one of my most used books and has barely left the book pile at the edge of my desk in 15+ years.

I'd say everyone who has contributed so far has at least the PDF version.

Interestingly a lot of the information is technically out of date or incorrect compared to release version of Daggerfall. I have Allofich to thank for his epic reverse engineering efforts to tease out more even more elaborate formulas and other information from the decompiled .exe.

The Chronicles is still an excellent resource to understanding the sheer scope of remaking Daggerfall however. It was invaluable early on when I had to fake a lot of systems just to get them up and running. I could at least fake them accurately enough to feel mostly like the real thing. At this late stage of the project however, real formulas are usually used right away now. Again, huge thanks to R.D. / Allofich.
Top

My copy is falling apart, but man I have read it cover to cover. I figured a lot of what was in there was reversed engineered but, probably not as thoroughly (the guy had a deadline) as you all are doing in this version.

It makes for a good read, and it makes me wonder about the original Author and what inside knowledge if any he had on Daggerfall. It's much better than the Prima version.

It's a really great project you have going here, and look forward to helping out as much as possible.
Top

I couldn't say for sure, but my feeling is the author was likely handed some design docs or similar information to compile into book format. By the time game was released, some of the information was no longer current. Still an amazing resource however.

Do we have any Daggerfall historians or insiders around here that know more about the creation of Daggerfall Chronicles? It would be interesting to know more!
Top

Yeah, the Daggerfall Chronicles seem to be generally accurate but lots of small bits are different in the final game. I feel like the stuff in the Chronicles is closer to what was intended in some cases, so I want to get some of that stuff into DF Unity, like different stats by race/gender (like in the later TES games), which I was amazed to see appears to have somehow not made it into the actual Daggerfall game. You just get the base stats for your class. Or "damage auras" for atronachs, which I think are not in the released game, either.
Top

I love the Idea of adding the things that were missing. Probably as a mod though given the mission of DaggerfallUnity.

The Chronicles are a good source for that.

I would totally enable that mod all the time.
Top

Gods yes, even if it was just an addition of "Merry Heart's Day!" or such to their dialogue.
Top

Oh wow, I would love this book. Definitely going to get a PDF version. Thanks for posting about it!
Top

Give me Skakmat (Nufalga's dragon mentioned in DF Chronicles but never finished & placed in game) and the Military Arms of the Temples in game then I'm happy.