Talk about the mods or features you'd like to see in Daggerfall Unity. Give mod creators some ideas!
Post Reply
21 posts

I know its old school, and that's fine, but is it possible to change out that horrid font for something else? Like is there a place to load one, etc? My biggest complaint right now is that pixelated font. I'm sure that classic could only use that type of font, use of a modern ttf would be fantastic. Thanks!
"Dagoth Ur is dead. I hope we will no longer be troubled by his dreams. But I wonder, too, what the ghost of a god would be. And can a dead god dream?"

I don't know the answer to your question, but apparently it was possible in the defunct DaggerXL:

There is a tight relationship between Daggerfall's pixel-font dimensions and formatting layout encoded into books, quests, and popup text. Unfortunately, it's not a simple matter of just swapping out the font, as this would have the follow-on effect of breaking formatting across several text containers. There are also many places where text is baked into UI images, so a full replacement would also require graphical mods of most user interfaces. And there are multiple fonts to manage as well...

With all that said, it's definitely possible to mod fonts to a higher resolution. But I would have to first build support into the game and anyone creating replacement font atlases would need to follow a few specific rules. If anyone is willing to take this on, let me know and I'll work with you to outline what's required. Just keep in mind that modding fonts is not a priority right now and your work might not make into the game until after core gameplay is completed.
Top

Holy crap. Very well then. Ignore my complaints and you keep on with the important stuff. This sounds like a horrible mess that ultimately needs a complete reimplementation which is well beyond the scope of your work. Thanks for the information though!
"Dagoth Ur is dead. I hope we will no longer be troubled by his dreams. But I wonder, too, what the ghost of a god would be. And can a dead god dream?"

I would like to add support for a higher quality fonts one day, and just need to navigate around a few constraints so it can work in a drop-in kind of way. It's definitely something I want to look at later, and offer remains open if someone is willing to help with this by creating pixel font atlases to my spec.
Top

Hi Interkarma, and what about the cursor? Im quite sure Ive not seen it anywhere in a game files...
DREAM Nexus: https://www.nexusmods.com/users/73250038?tab=user+files
DREAM DFU Forums: viewtopic.php?f=27&t=1168
https://www.guru3d.com/news-story/foldi ... mance.html

The mouse cursor is found in Arena2/ARROW.RAW. It's just a 10x10 raw image file with no header or anything.

I've been somewhat obsessed by fonts after this thread. In one of my creative moments, I hit upon the idea of adding a custom signed distance field font renderer to DagUI and simply rendering custom glyphs directly inside the screen space of the classic glyph. Provided there is enough pixel density (1080p and up look best), the characters will occupy the exact same physical area in the game but have more pixels and look much smoother. 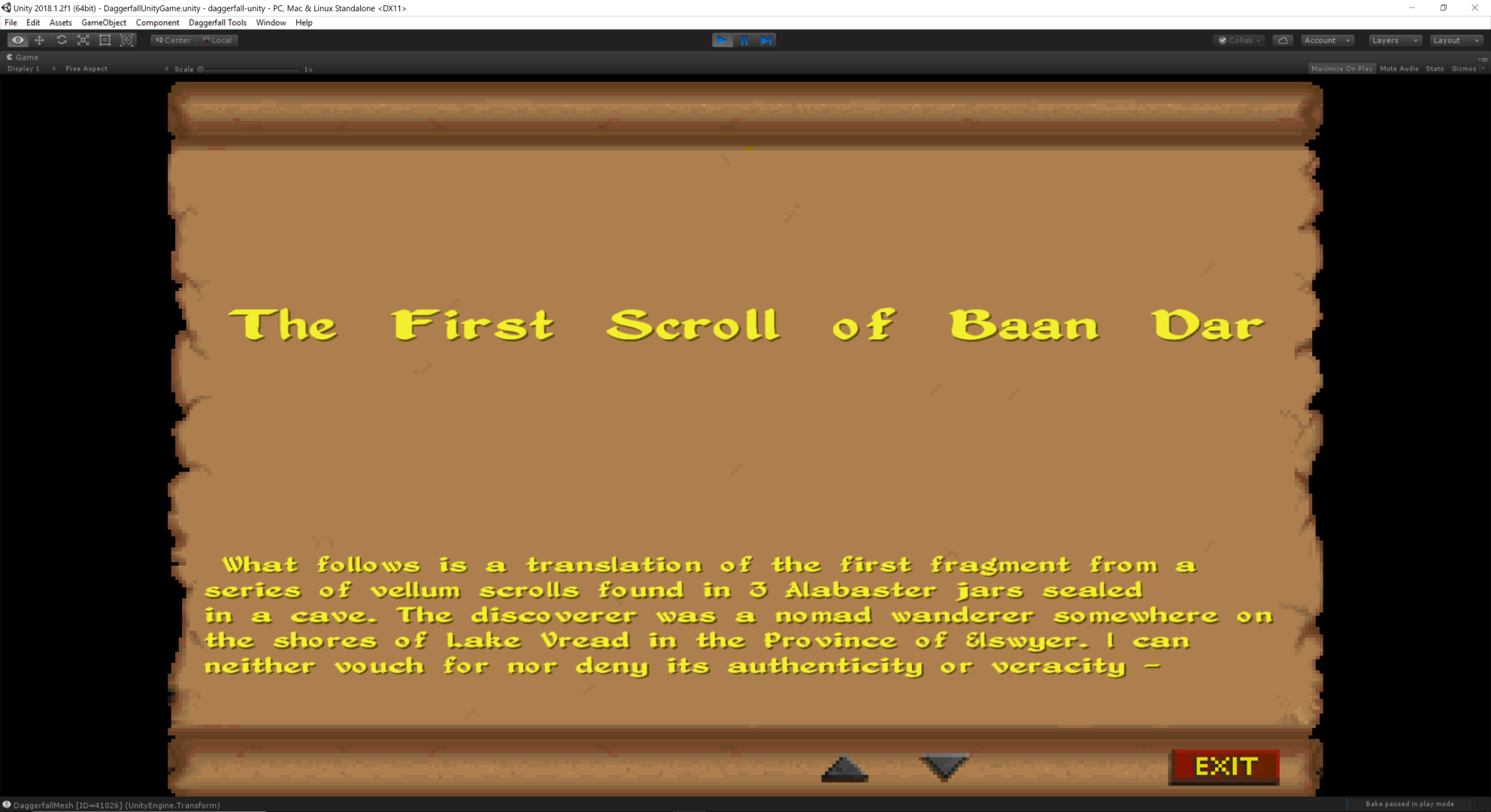 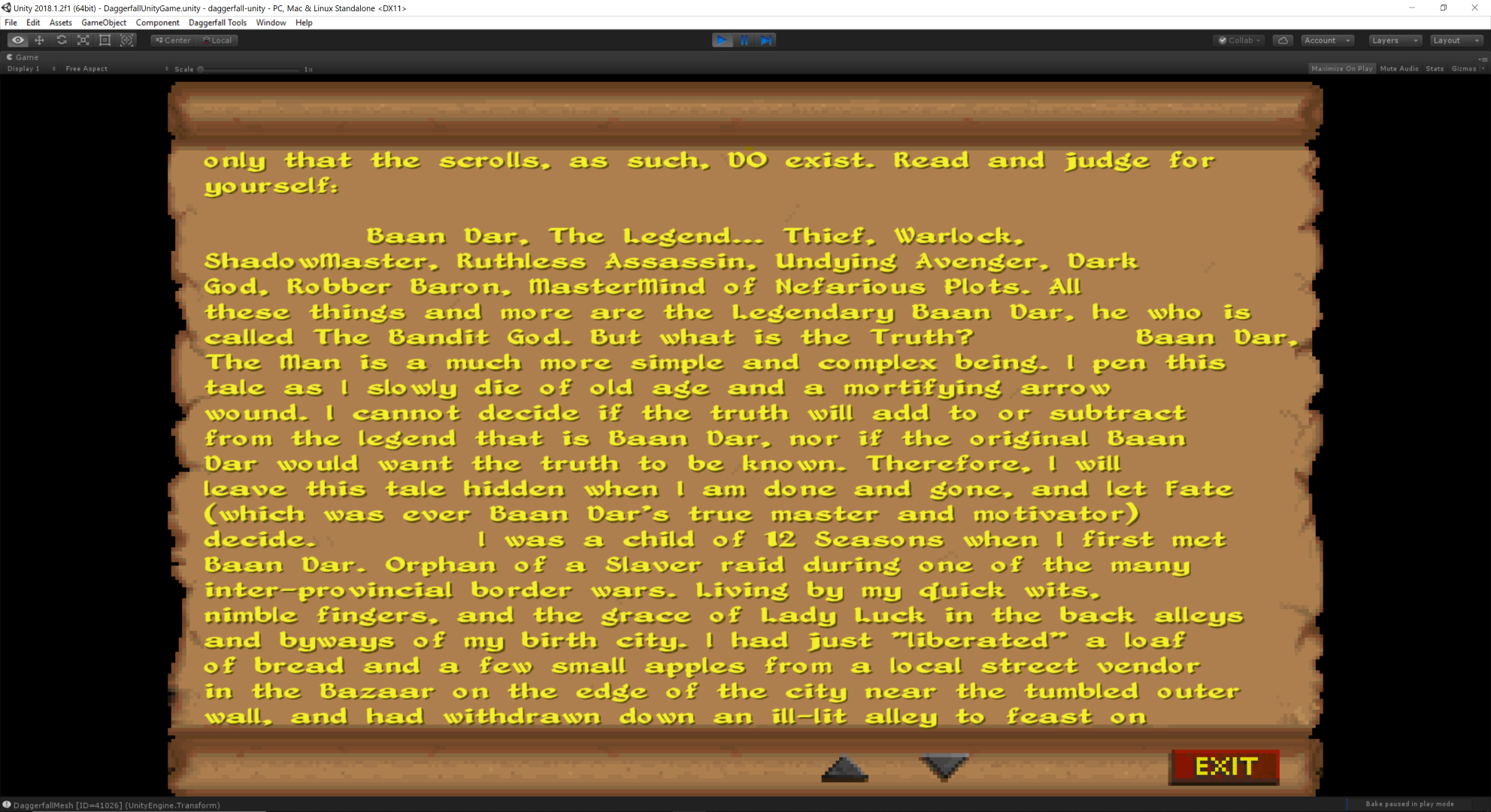 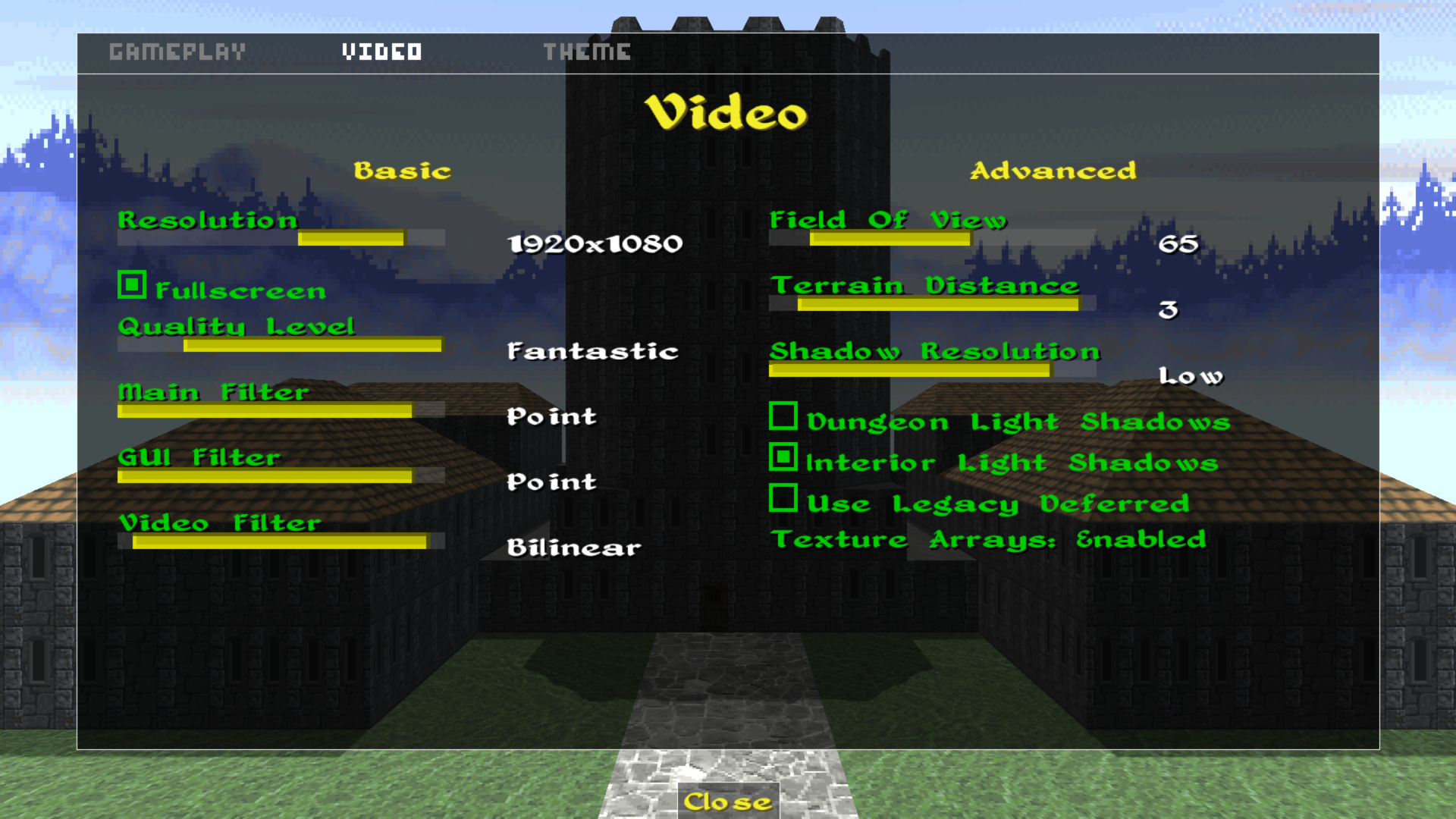 Please just keep in mind its not done yet, and far from being ready for general play. Right now it's just some interesting tech I'm building into the game.
Top

Holey rusted metal, Batman! That's beautiful! It's amazing! I love it. So what, its not perfect. You just spent your precious time on a silly request by me (and I'm sure 1000s of others, but it's my thread, so :p). Thank you. In case you don't get told enough, you rock!
"Dagoth Ur is dead. I hope we will no longer be troubled by his dreams. But I wonder, too, what the ghost of a god would be. And can a dead god dream?"

Thank you for the encouragement eternalsage.