I have read the roadmap and am not clear on potions. I am aware that climbing is implemented so I'm not sure if the following observations are bugs or missing features. I used the search and know it's not possible to make potions. You are supposed to be able to use them correct? I cannot use any potions I have found. I'm also not able to climb out of scourg barrow. According to the daggerfall wiki i should be able to activate the tapestry near the opening to levitate out or simply climb out. I"m aware the tapestry is likely not working yet, but i simply cannot climb out the north wall. it only allows me half way up then i get stuck. If these are known issues, no worry, i will do something else. some feedback would be greatly appreciated.

Always test bugs with the latest released version, to avoid reporting issues already fixed. Also, report one issue at a time, as mentionned in the bug reporting guidelines.

I have no idea if that's the case for climbing this wall, but a lot happened to climbing feature since September.
Tapestry should work since levitation was implemented a while back.
About potions I think you still can't use them.
When a measure becomes a target, it ceases to be a good measure.
-- Charles Goodhart
Top

Potions are not usable yet.
See my mod code for examples of how to change various aspects of DFU: https://github.com/ajrb/dfunity-mods
Top

My apologies. I did not use the latest version as it seems to have a regression with the way textures are displayed. I read it was a known issue and had not been fixed yet so i did not upgrade. As far as bugs, i was not aware if they were a bug or not. I did read the guidelines but did not want to post to much if the issue had already been stated. I will separate them in the future. I will also upgrade do the latest version and avoid using textures packs for now.

I've updated topic title, as that's possibly a limitation of climbing system at this time. I'll make this issue the bug report as potions and "cast spell" activators like that tapestry aren't implemented yet.

BTW, I'm adding the "cast spell" activator now and it will be available in next round of builds.

I thought that all climbing was vertical...
Top

We definitely need to confirm behaviour vs. classic on this one when we can. Allofich said he'll check later, and I can check after work as well.
Top

In classic you can climb the north wall just fine. It's hard to tell whether it's perfectly vertical because you can't look straight up, but it looks only very slightly inward (north wall to the left in the picture): 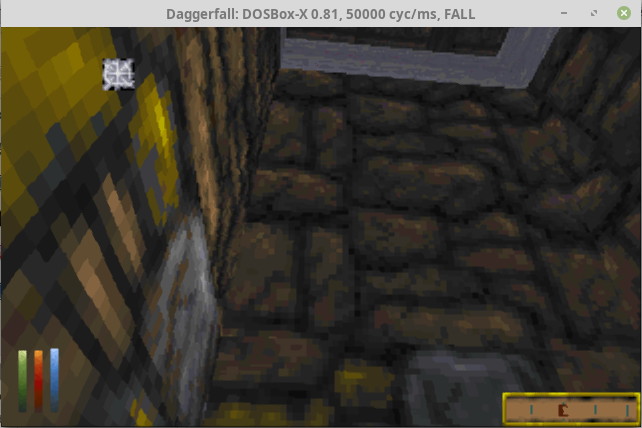 If you try to climb them you'll be stopped halfway, at their angle. And then when you stop climbing you receive a small push forward and fall into the Void, but that's "classic" behavior

When a measure becomes a target, it ceases to be a good measure.
-- Charles Goodhart
Top
Locked
15 posts