Yep, it kinda another "I had 9000 ideas how to make daggerfall better" topic, so you may ignore it

But it not fully empty ideas, I actually has in mind some stuff how to make even current daggerfall more modable and less empty
Problem with daggerfall that native lanscape is... just not exist actually, and current terrain mod awesome, but just add random hills without detalased landscape. Of course it not possible to human make so big map so detailed, only generators are option, it not possible like in games with small maps like morrwind. But morrowind give me a idea how to relise it - Cell system. Morrowind had cell system to load game world. In some way daggerfall had something like this - all cities in DF created by same blocks, and probably whole gameworld too (sorry, I'am not actuall expert in this

).
So it possible to divide all game world to cells, and then create set of this pre-maded cells, like for cities, and than game will create world using this cells, like it created cities.

A little demonstration how it should work:

Little map with red numbers on top left - what actual our world look like. Red numbers mean places for cell. For each place generator can place one cell from set. Blue roman numbers are actual ID's of cells. Each cell had instruction, like - "cell ID II can on right side border with cell ID III or cell ID IIIa". So, some cells easely can be re-used if they fit world.
I think this will allow
+Detailed Landscape - we may relise all what we want - real water, not fake one, real moutians, roads and prots, speacial and unicle places
+Easy to create mods - you may easy edit cells in set, or create new one and add them to the world manualy 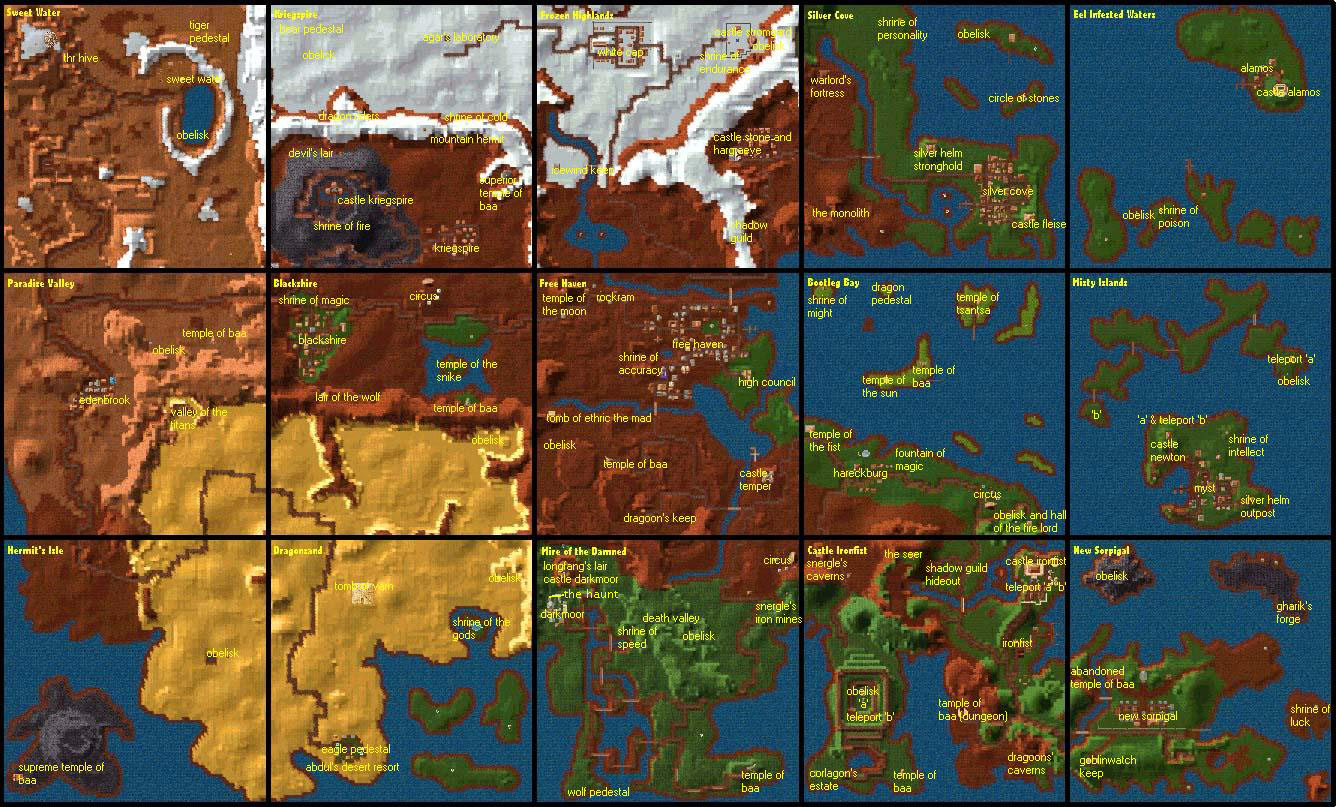 So, coding-pro guys, it is possible to create? If so, and if someone interesting, I may use all my low-level 3d modeling scills to try re-create M&M6-8 level of landscape, we may start from small area, like re-create city of Daggerfall and landscape around it.

This could be done, and without needing to create a new map. In addition, you could run it through a procedural generator, and have it done automatically.

Roguelike development is a good area to start researching procedural generation in. The last time I was looking for info on procgen, a few years ago, I kept seeing people saying "X wasn't possible/doesn't work with procgen", with X being something already solved in Roguelikes.

A few of those problems had been solved as far back as the AD&D-based Roguelike Dungeon Hack, released in 1993.

Nah, I just ask, if this possible and if someone interested to do this
I'am too noob in coding to do it myself

This is a brilliant idea. Unfortunately I'm pretty bad at coding myself. Perhaps some prominent modders will catch wind of your idea and make it for us
Top

This is cool. I like the rogue documentation. I personally would find this interesting to work/look into. If no one has touched it, and I ever get to a break point on my combat project, I would love to look into this more.
My Daggerfall Mods: l3lessed Nexus Page