I'm not sure where should I rather post to address my issue.
In the latest builds (September 0.10.6) Interkarma changed the way how heavy weather-based fogs of the overworld works.

. Now it's gray-dull, but earlier it was atmosphere-coloured and mood-settling (But, I guess - heavy). It represented sandstorms, swamp eerie gases, blood-red sunsets, snowstorms, etc.
Is it possible to somehow politely ask him to return that feature back as a checkbox option in the Launcher? Wouldn't it be too hard to implement codewise? I would gladly accept any directions, thanks!
Top

Hi, you can send him a private MSG with a link to this thread
DREAM Nexus: https://www.nexusmods.com/users/73250038?tab=user+files
DREAM DFU Forums: viewtopic.php?f=27&t=1168
https://www.guru3d.com/news-story/foldi ... mance.html

Fog colours are based on the bottom row of pixels in the current sky frame. This is required to blend atmospheric (distance) fogging into the horizon. That this carried over to weather-based fog wasn't intended. Your screenshot above shows distance fogging, which hasn't changed.

Rather than bring back a bug that would only accidentally create atmospheric fog, this is something best left to a weather atmosphere mod. The mod can create location appropriate fog, such as dust storms in deserts and miasma in swamps.
Top

Oh, thanks guys! Sorry for delayed reply!
I did not recognize you at first, Interkarma, lol.

What I'm talking about is the effect of colouring the fog in the distance, which covers far terrain.
It is most noticeable, when you're exiting Privateer's Hold at right time. The other shore of Tulune is covered in coloured fog (often crimson-red) which is in fact based on the bottom row of pixels in the current sky frame (sunset). When I last checked it changes to gray in the blizzards, to yellow at dawn, etc. But now it goes gray even at sunset, which for me is kinda atmosphere breaking...

It wasn't in the vanilla Daggerfall, so I was ultimately charmed with this new effect, and it turned for me into one of the most iconic and beautiful features of Daggerfall Unity.
For now I'm rarely really play with mods. And it would be great to have this feature (or maybe even some more graphical weather attunements) in the default Launcher (which imo needs some updating too - more clear separation of options into categories, aka: HUD changes, Weather/Map changes, Video/Audio, Formulas)


Also, out of curiosity: I remember people saying that some unreleased features of Vanilla Daggerfall will be implemented. Like war of factions or roads with travellers. (maybe on mod-support level) Is it, by chance, true? 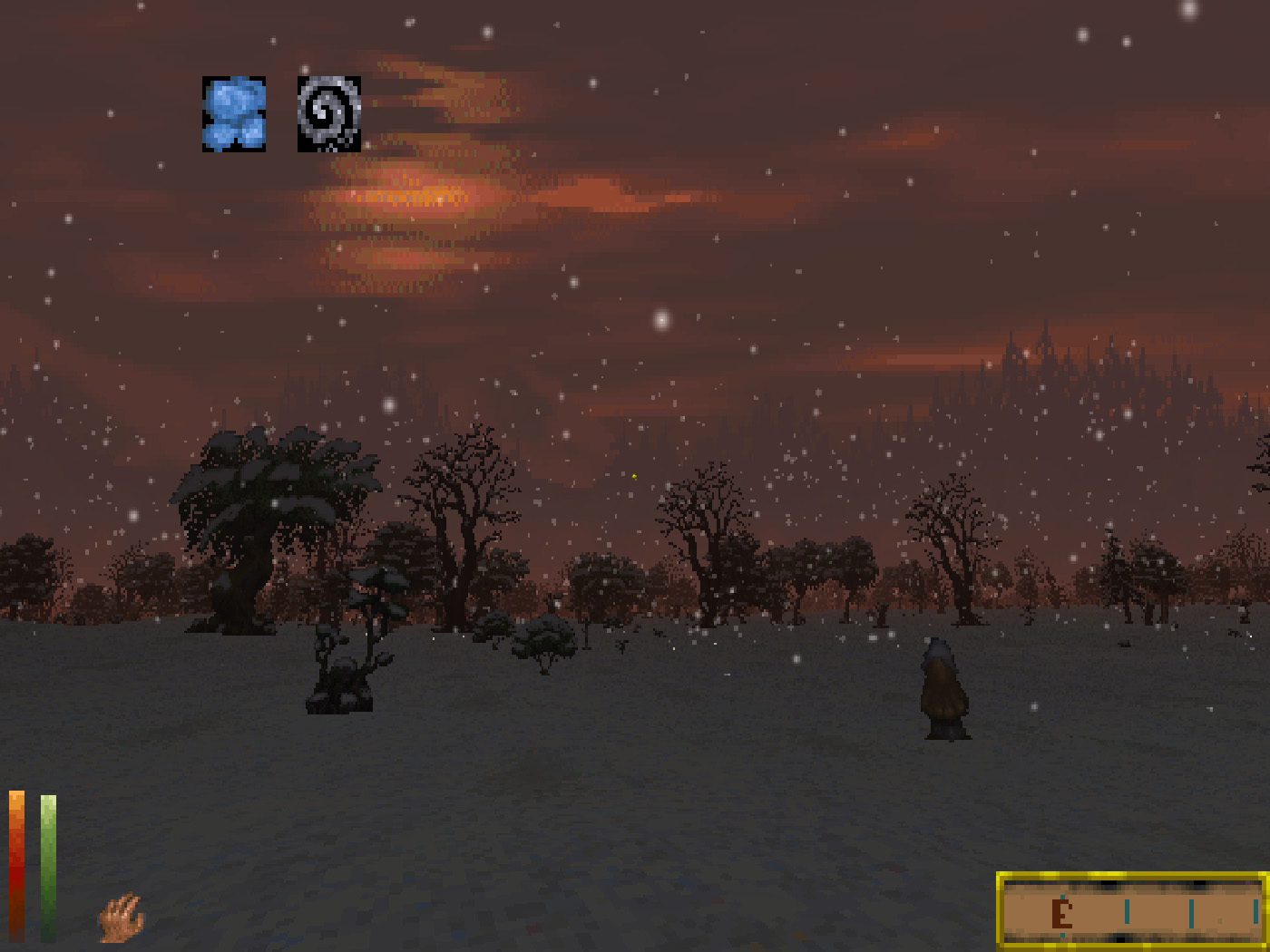 I think this was the thing the Distant Terrain mod offered maybe?

In the settings, there is a Fade Into Skybox setting, is it it? Or any other option there?
Maybe you have distant terrain disabled now? Or it stopped working? Or I am completely wrong?

But I agree... the screens look nice with this. Same as the dungeons with fog looked awesome and now its gone..
DREAM Nexus: https://www.nexusmods.com/users/73250038?tab=user+files
DREAM DFU Forums: viewtopic.php?f=27&t=1168
https://www.guru3d.com/news-story/foldi ... mance.html

In the settings, there is a Fade Into Skybox setting, is it it? Or any other option there?
Maybe you have distant terrain disabled now? Or it stopped working? Or I am completely wrong?

But I agree... the screens look nice with this. Same as the dungeons with fog looked awesome and now its gone..

The point is: same effect was possible before without mods. I belive it's because changes were made into fog-related code.
That's why it's important to put changelog into public domain. Big Thanks for that!

As I mentioned earlier, I'm testing builds without any mods right now. To check mostly how does Vanilla feel. Small Vanilla-game updates, tho, feels exactly at place. Because I believe original Daggerfall team just weren't able to implement all features because of nightmarish deadlines...
Top

Okay, I checked it once again and it seems to work fine. So maybe I was freaking out for no reason

. But I remember having gray out-of-place fog at sunset for some reason. Thanks for your attention, anyway.
Top

Im glad its as it should be