Off topic discussion. Talk about gaming and life in general. Be awesome to each other.
Post Reply
15 posts

I put the scripts I used for that on my Github earlier this week, check under dfu-blender-scripts. It's the importDae.cmd and importDae.py scripts that create the .blend files. The scaler script is run separately and will scale all models down to Blender / Unity units (DFU scales classic Daggerfall models down by factor of 40).

I've deleted the DAE files I had because I needed space and the .blend files add up to a few gigabytes and since I'm on mobile internet atm with limited data, I'm not in a position to upload them anywhere nor do I think I should just to be on the safe side and avoid any legal trouble.

I exported the DAE files by recording a macro of keypresses and mouse inputs with TinyTask to go through the 'All Models' list in Daggerfall Modeling and export each model. I didn't save the macro but it's easy to recreate:

After exporting a model in DM, the focus is returned to the list of IDs so press the down arrow to move to the next model, click the Save button, hit the Enter key to start the export and after that you're back at the beginning of this sentence.

Sometimes Daggerfall Modeling bugs out during the process. When that happens, just stop the macro execution, look at the ID of the last model that was successfully exported, restart Daggerfall Modeling and go to that position in the list and start the macro again.
Daggerfall Unity on UESP: https://en.uesp.net/w/index.php?title=T ... fall_Unity
Daggerfall Unity on Nexus Mods: https://www.nexusmods.com/daggerfallunity
My github repositories with mostly DFU related stuff: https://github.com/BadLuckBurt
Top

Thanks! Yes a macro tool sounds like just the thing.
Top

I love seeing projects like this! Will keep an eye out for a release in 2021-ish, assuming you're still on track for that target.
Top

Just stopping by to say that I like the idea of the project very much!

One thing I wanted to note too is that nowadays there seem to lots of excellent sprite and texture artists. I hang out at Doom and Duke Nukem 3D forums a lot, there are people who create wonderful stuff from scratch, be it from 3D models, digitised or hand-drawn right away. A lot of original work, just check out these trees:
https://www.doomworld.com/forum/post/2008411
https://www.doomworld.com/forum/post/2068719

There's also a huge Spriting Carnival thread at the ZDoom forums, which also have a dedicated place for game resources.

My idea being, perhaps you could contact some of the authors and negotiate the use of such work, or maybe even commission some specifically for the project?
Daggerfall clothes & armour fix | DOS Games Archive
Top

Thanks for the encouragement everyone. Just dropping back in to say things are still progressing nicely. I'll checkout those links. I was using a 10.23 code base with controller support when it first started. Had stripped everything. modified the loader so I could ship with; less required files, the new art and not require finding the arena2 folder. File count down to 176. Even got into replacing models at the arch3d.bsa level. Found Unity assets like Synty able to match the simple polygon count and look while being developed completely seperately. Would be very time consuming to come up with all the models in arch3d.bsa from scratch. though there is a repetition to them.

remain excited about viewing part of this framework as a content pipeline solution - even if it is old. Because we can work on top of it now with the work done by ajrb and others. Started fooling with that. Found that to be easier place to play and also version control the json files.

Though I probably won't have to worry about it... I had my son work on using andypic for replacing the art with placehoder stuff so there could be some separation between the oringal art and myself. the idea of hiring artists also good.

Dungeons don't work at present, but I had doors working in one of the commits. If I can make the game interesting enough with mods for version 1 without dungeons I may skip that work unless I have extra time before the goal release date. dungeons will be added eventually.

Planet exploration - will be the biggest new feature working on. The thought process is, use a dungeon quest to launch a rocket and the player gets a visual of the space travel then can land on moon or mars. really early work here. each planet would be a mod package and really small download and then a check is done to see what part of the quest you are on to determine what planet mod package loads. at least that is only way I can think of at present to do it without a ton of custom code. 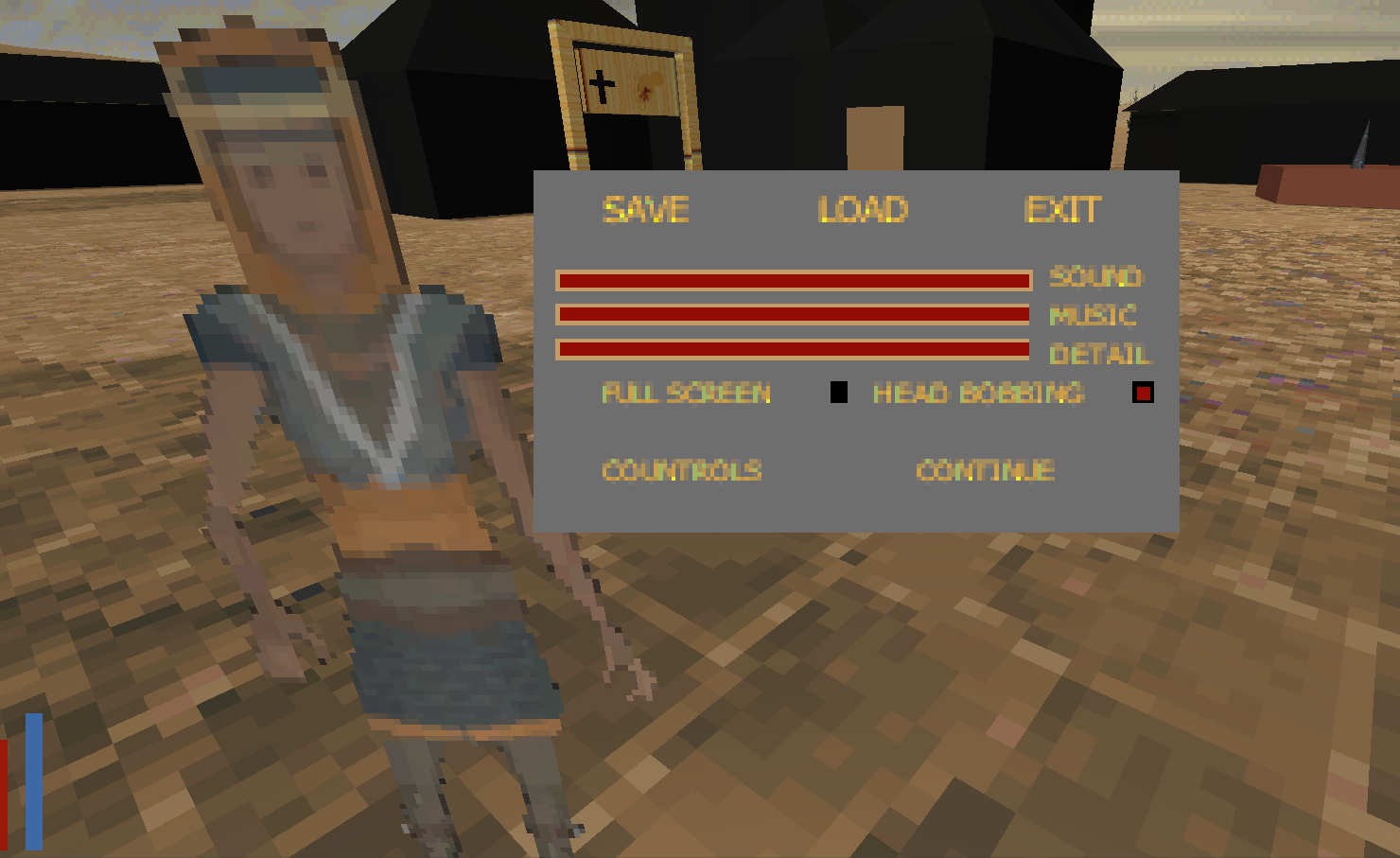 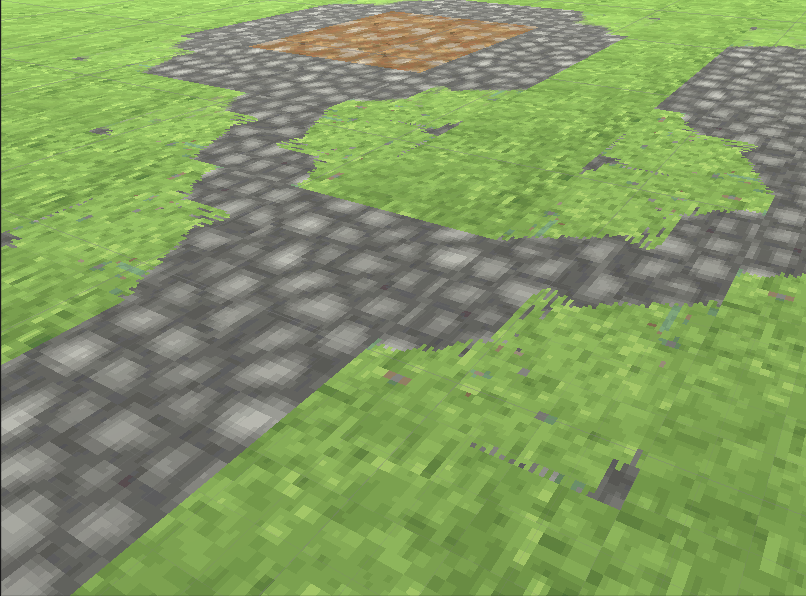 Stilll needs a lot of work but progress update.

Audio:
I have a friend working on sounds. Will update soon.

NPC voices:
Will update about this as well.

Heightmap: Not to be used, just successfully having replaced it. 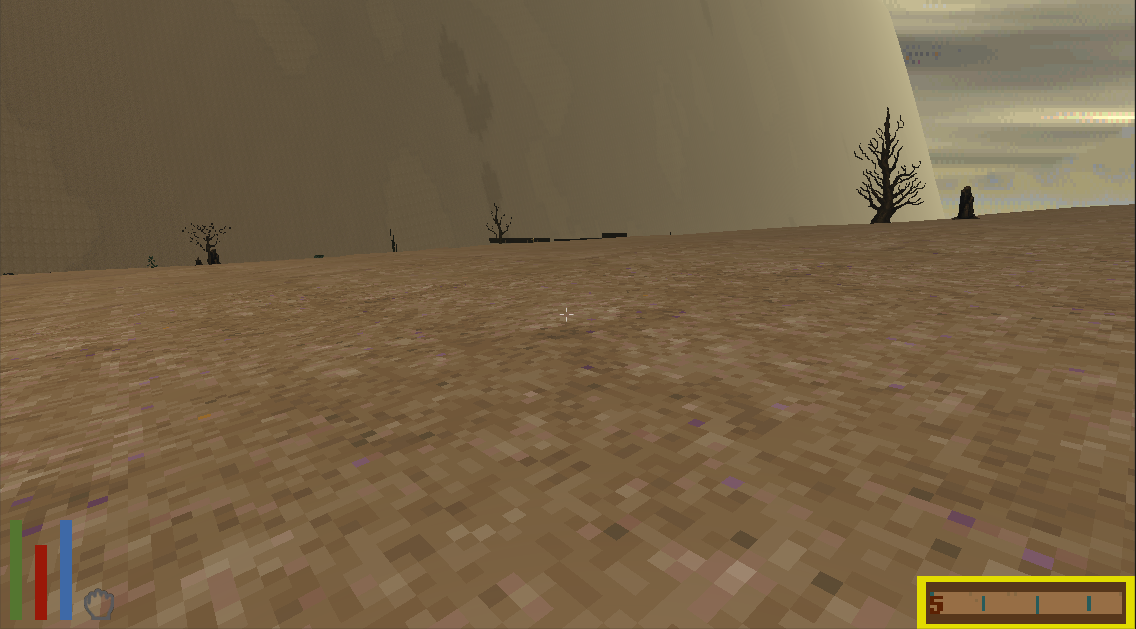 Sky: will likely just be stars for version 1. may not even start on earth but on Mars or something. Still coming up with Lore.
Top
Post Reply
15 posts