A curated forum for compatible and maintained mods. Users are unable to create new topics in this forum but can reply to existing topics. Please message a moderator to have your mod moved into this forum area.
Post Reply
21 posts 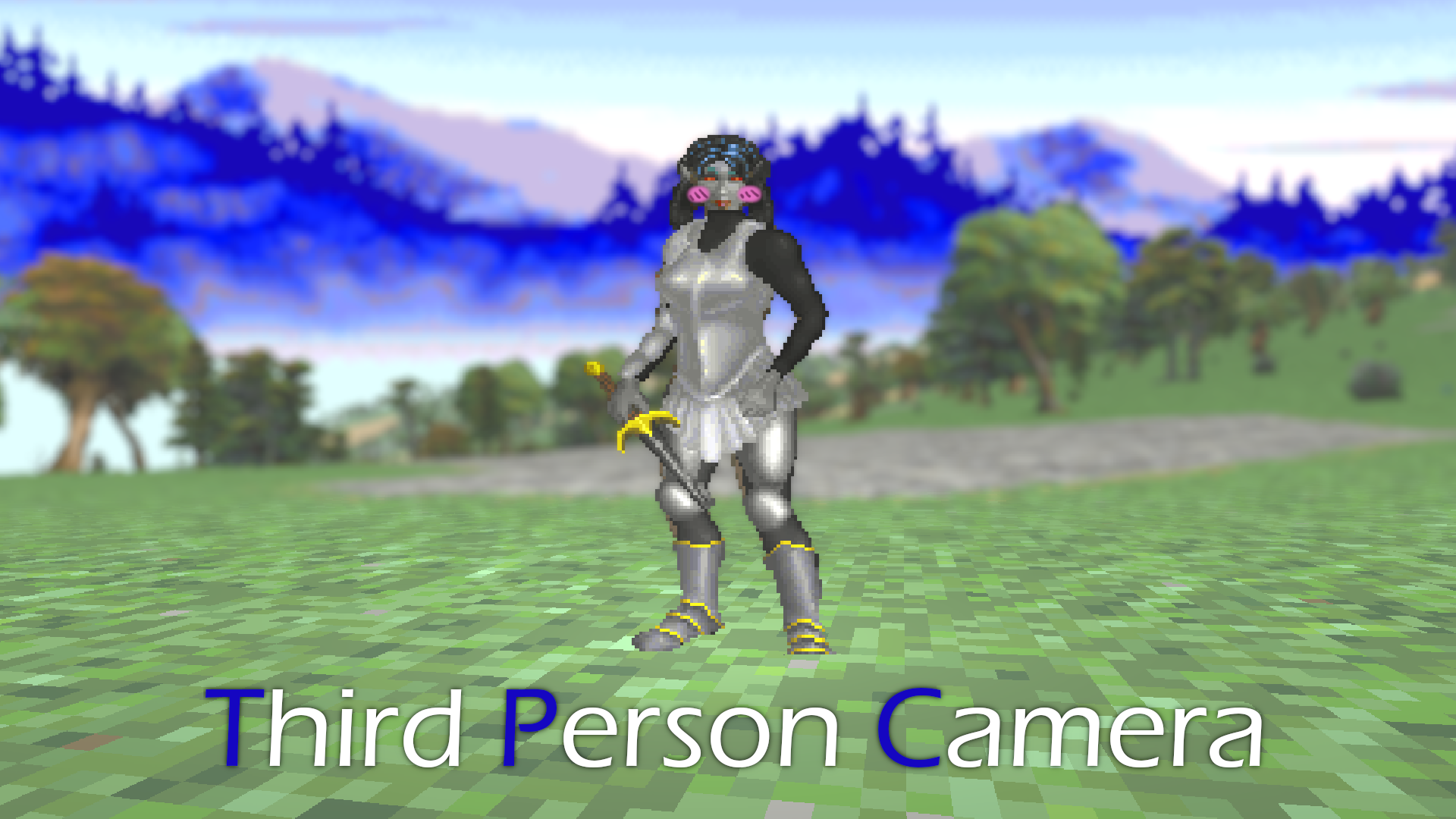 This mod adds the ability to look at your character in the scene! For now the camera cannot be repositioned other than rotation, but I plan on fixing that. To toggle the third person camera, merely press "O". I plan on making the various keybinds changable in settings.

As for other features, there isn't much yet. Press "W" to toggle the depth of field effect, and press "S" to see your character naked for some reason, you little pervert. I was hoping to get armor hiding working, but that may take some hackiness (removing armor on player I suppose?) that will come later.

Also, please report any bugs this mod has. Features have to be manually disabled when in third person camera, so I'm very sure I missed at least one.

Omg, you guys are incredible, I'm trying it now

This is quite awesome, but I use a lot of mods (enhanced sky, distant terrain, DREAM, splat textures, and others), and this seems to make problems.

The sun stays near the character even when turning the camera, and there are artifacts (I guess from the mesh or textures).
Top

I wish you could play the game with it on, I want to go kill stuff with this thing it looks really awesome or at least explore dungeon
Check out my YouTube Channel!
Top

Ok, the visual artifacts I see in front of the character is definitely the distant terrain created by said mod.

Also, the enhanced sky is not lining up correctly.

If these two things could be adjusted (maybe some draw order issue?) 3rd person camera would be one of my favorite mods, since finally I could take screenshots with my character in front of his favorite places.
Top

the issue has to do with the fact that I'm creating a new camera, which breaks stuff. I might just move the camera instead tbh, would probably solve a ton of issues
Better Ambience - Third Person Camera - Ardenfall RPG
Top

Pushed a fix that should solve most mod-related issues.

Thank you, much better!

(And even better would be DREAM compatibility, so it uses the replacement textures.)
Top

Yeah I'm planning on adding a "zoom" feature to allow that

As for dream compatibility, I'll look into it, a bit surprised it doesn't work straight out of the box.
Better Ambience - Third Person Camera - Ardenfall RPG
Top

Could you turn on the werewolf portraits ?
I want to take pictures of me having a bad day at the office..
Please ?