Rivers and Streams (oh my!)

Rivers and Streams (oh my!)

When I originally made the BasicRoads mod with road and track paths I also created the code for rendering waterways on the terrain as well. There are 2 types - rivers (4 tiles wide, 3 water) and streams (2 tiles wide, 1 water) and that code has been sitting dormant since the mods' release. The task of pathing was quite arduous so it's taken me over a year to come back to it, but there have been several requests for rivers, so I figured I should use this code at last. I've improved the connection rendering and extended the editor to allow editing waterways, then spent many hours starting to path some and done about a third of daggerfall region. It is definitely harder work than doing roads since every terrain map pixel needs to be looked at, not just location intersections, but there's much less time pressure so I hope that over many months the task will gradually get done by croudsourcing to the DFU community even more than with roads.

The zip file attached contains new versions of Basic Roads and Travel Options with waterway integration. You only need BR to edit waterways, but the TO changes are there if you want to test them. (note that the travel map will only have new waterways once I've merged the data into the binary files)

Instructions for editing waterways and submitting the data can be found in the third post. Personally I am not bothered about getting water in game as it's for flavour only and serves no gameplay purpose, although it could potentially in future. My point is that I am providing the ability for the community to put rivers into DFU but I will not drive it like I did for roads. It may be that the people interested take a look at the examples and conclude that this ultra simple method is not good enough and looks awful, if so that's fine. I'm not going to do anything more modern and refined, and I think this approach is very daggerfall ish, but I'm sure someone will eventually.

The Basic Roads mod will have a setting so users can choose whether they want water enabled or not and until the whole world is finished water will be disabled by default. 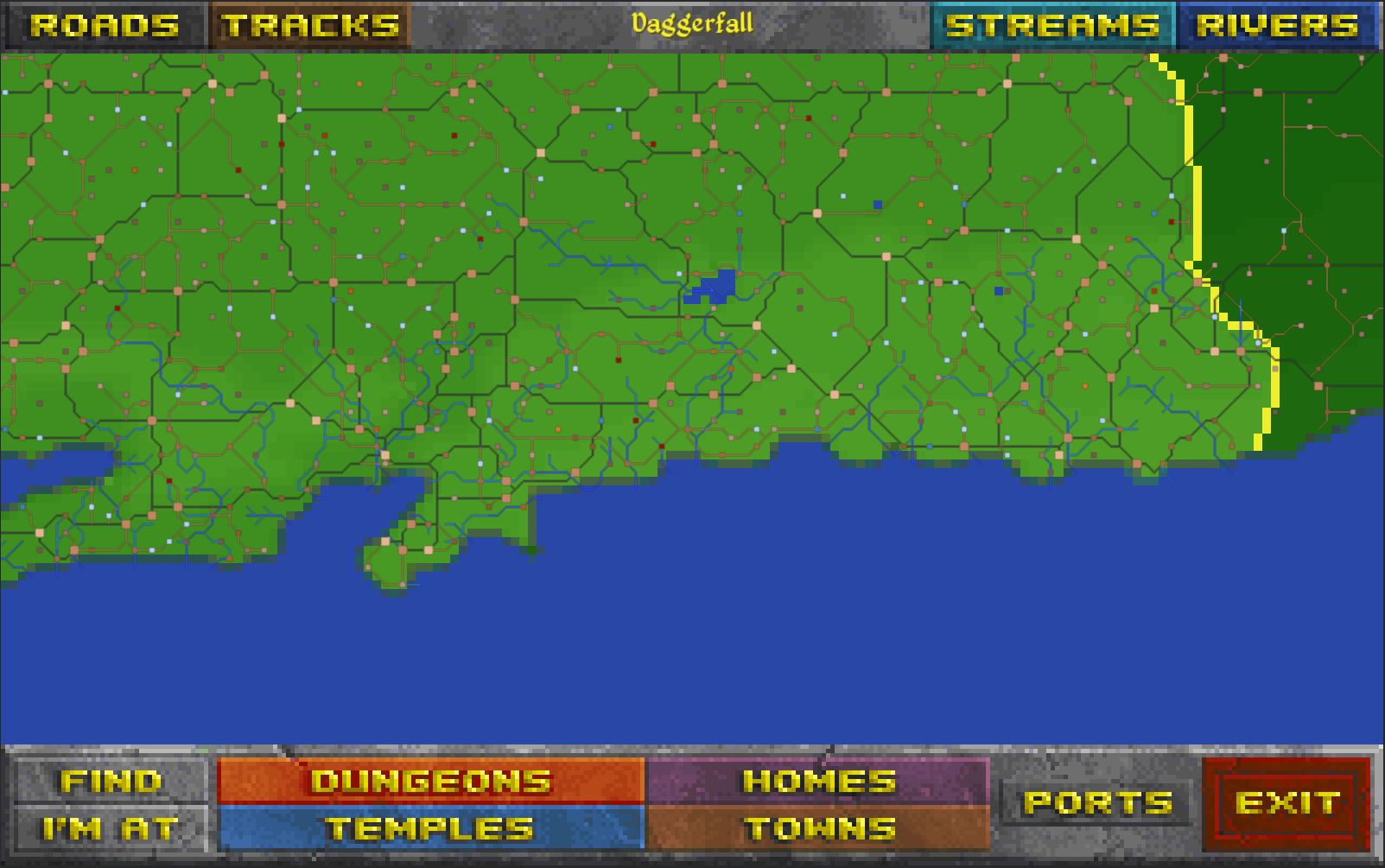 I suppose this won't be compatible with the "Interesting Eroded terrain mod", right? I mean, will this work only on a completely flat land or also where ground has multiple levels?

Thanks as usual!
Top

So, calling anyone who wants to draw rivers and streams for this mod - it's now time for you to have a go. Anyone who is reading this can contribute, since all you need is a PC capable of running DFU. (however a high res monitor will help) Unlike roads I am not proposing a region by region method, as doing a whole region is too time consuming. I hope that people don't end up submitting the same areas, I think it's unlikely and I will try to keep up with submissions so as long as you use the latest BasicRoads dfmod from this thread and choose a blank area it should be fine.

Please bear these things in mind: Editor instructions:
Here are some screenshots of this process and how it looks in my Unity editor. 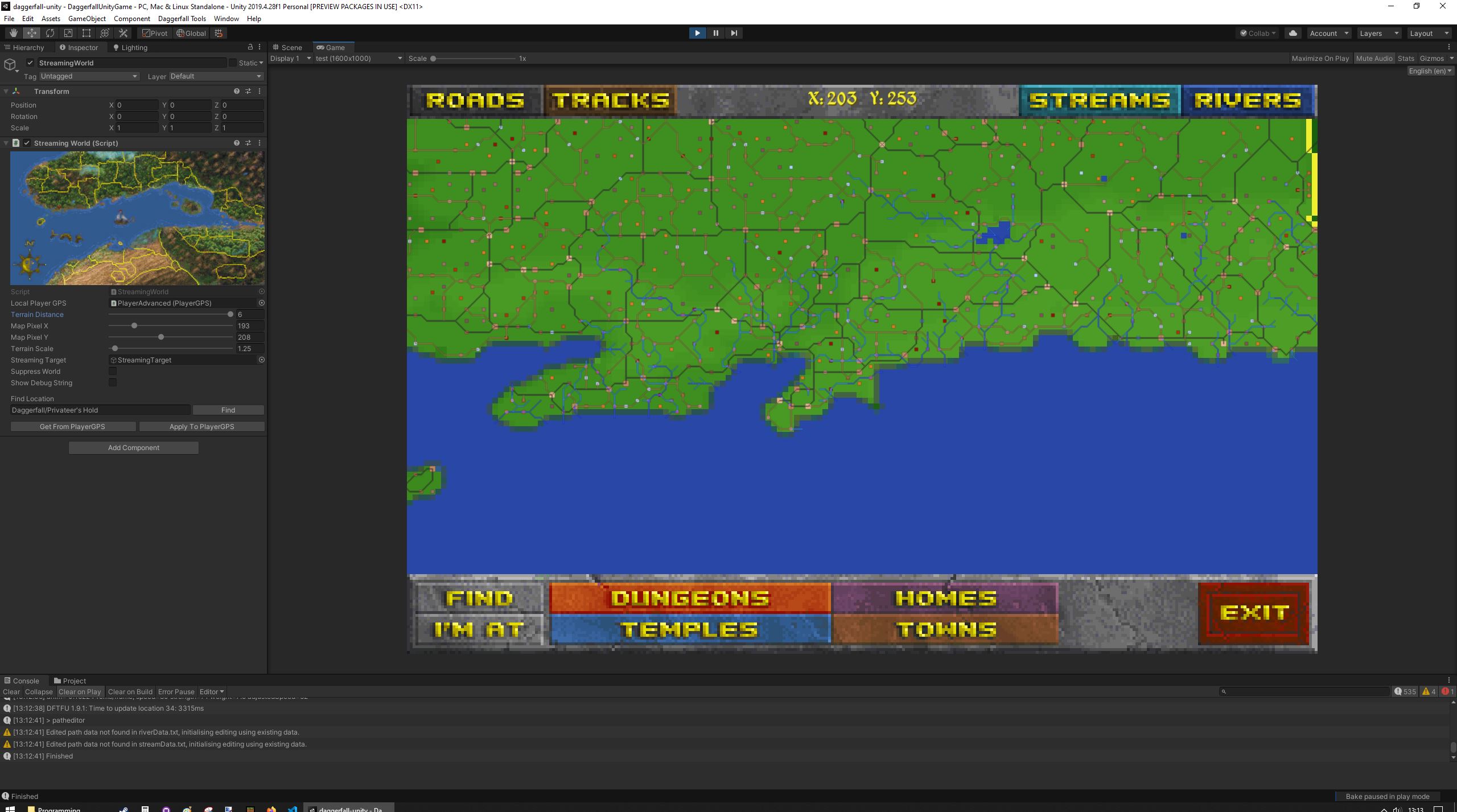 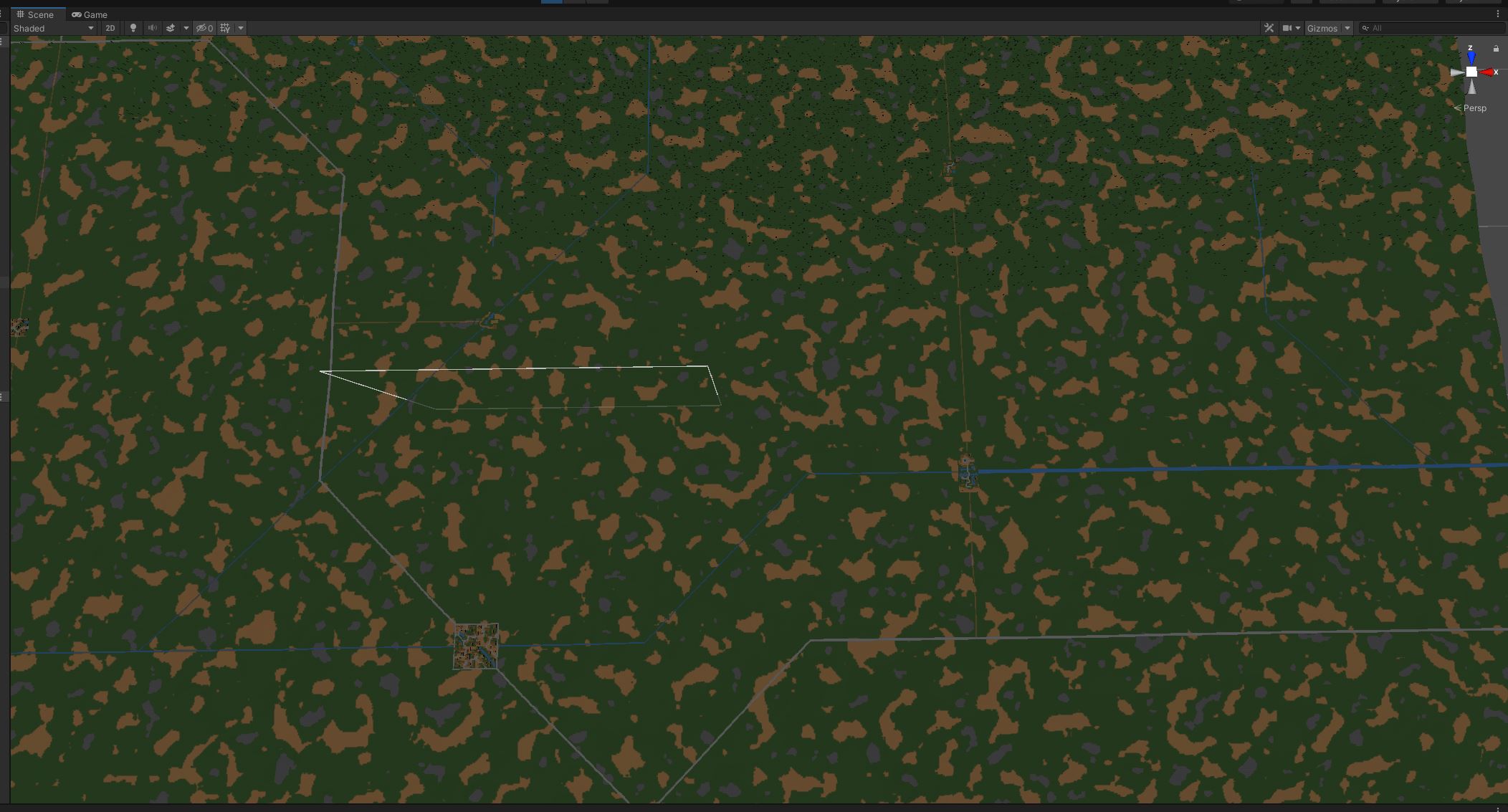 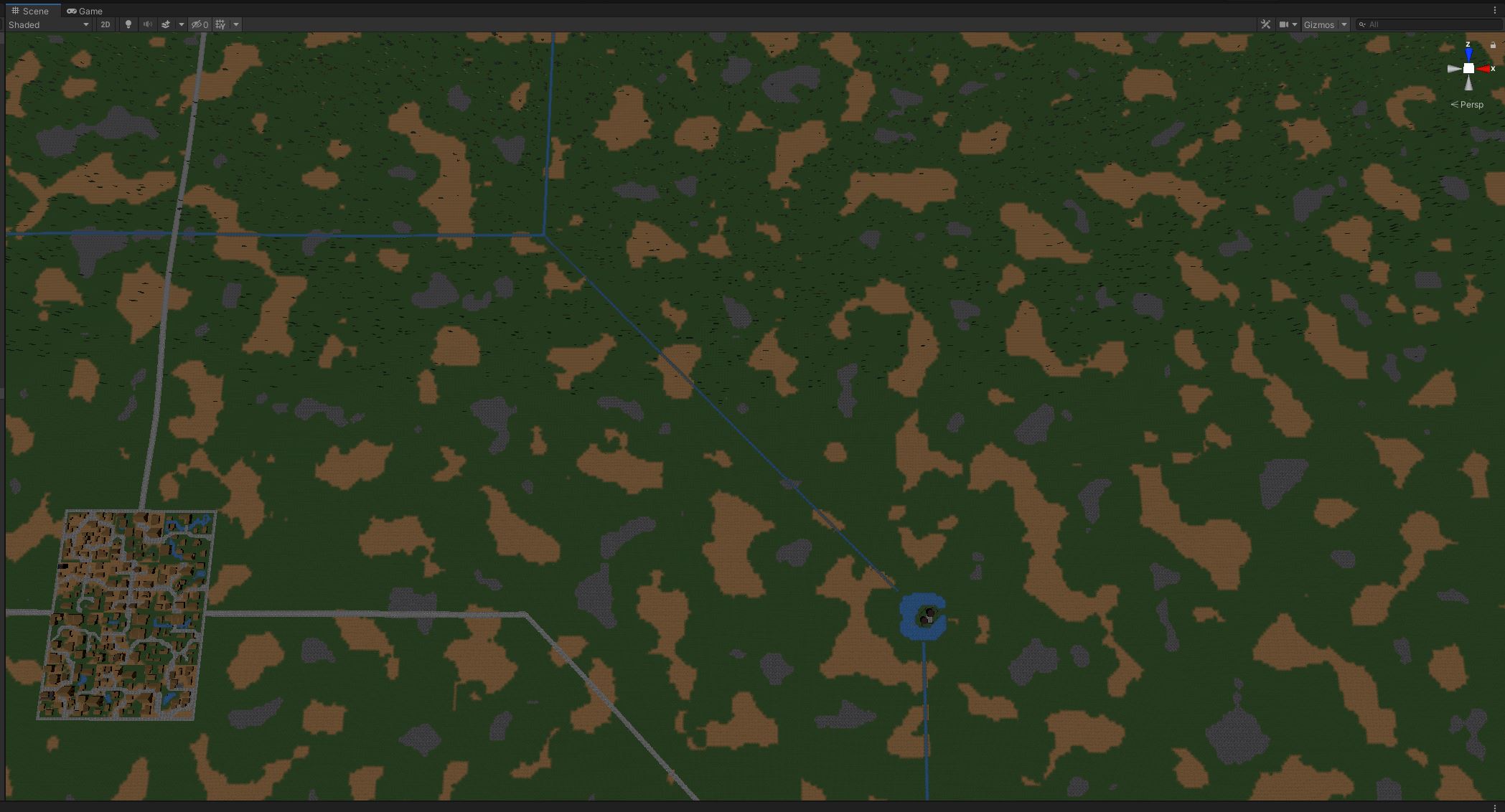 
Have fun!
See my mod code for examples of how to change various aspects of DFU: https://github.com/ajrb/dfunity-mods
Top

I suppose this won't be compatible with the "Interesting Eroded terrain mod", right? I mean, will this work only on a completely flat land or also where ground has multiple levels?

Thanks, hope you'll get involved in pathing waterways!

It may well look silly with terrain mods with obvious nonsense of water flowing down then uphill. But we will see how bad it is, they should work anyway.
See my mod code for examples of how to change various aspects of DFU: https://github.com/ajrb/dfunity-mods
Top

Have updated the first post, and added instructions for submitting new rivers and streams. Lets see what happens.
See my mod code for examples of how to change various aspects of DFU: https://github.com/ajrb/dfunity-mods
Top
Post Reply
5 posts • Page 1 of 1