A curated forum for compatible and maintained mods. Users are unable to create new topics in this forum but can reply to existing topics. Please message a moderator to have your mod moved into this forum area.
Post Reply
26 posts

This mod has been updated to work with DFU 0.14.0.
The update will not work with v13.5, so use older version in that case.

Additional changes and fixes have been made:
-Added additional mod settings for more fine-grained control
-Increased usefulness of the Reanimate spell
-Chance of finding soul gems and ingredients in the loot of certain enemies.
-several minor bug fixes and enhancements

Thanks for your continued work on the mod, it’s really a fun and interesting addiction with its many and diversified aspects.
Top

Hi, this mod looks fantastic. Great work. I have a query about the time calculation for local fast travel.

A player who is using in with C&C mentioned that using the local fast travel from this mod makes their meat spoil quicker that they would expect so I took a look at the code, the relevant part is below.

Is this calculating time increase as intended? Seems to me to be taking too long to get to places, but only theory crafting here - I have not compared the in-game speeds between manual and local fast travel in your mod. Take an example of 100m distance on a horse unencumbered which would be calculated as taking 300s or 5 minutes... if I had a horse that took 5 minutes to ride 100m I would trade it in for one that was alive.

A second example of a player walking 400m distance with speed 50 unencumbered would take 2000 seconds or over half an hour!

These seem way too long to me, but maybe the distance is not 1 == 1 meter? Just assuming it's unity units there.
See my mod code for examples of how to change various aspects of DFU: https://github.com/ajrb/dfunity-mods
Top

That does seem slow. I'll have to go back and do more testing.

Time loss in town should be roughly the same as walking or riding, plus about 50% to account for obstacles.
I think I use a x4 multiplier in dungeons to account for their windy nature.
Top

I finally got around to retesting the Landmark Journal fast-travel times.

For the purposes of testing, I created a level 1 Douche-Nozzle Breton Burglar named Trekker.
Trekker has a streetwise score of 25, which matters when prancing about town.
Trekker trekked to Daggerfall city, where I saved the game.

The Douche-Nozzle in question is pictured below (is that a sweatband?) 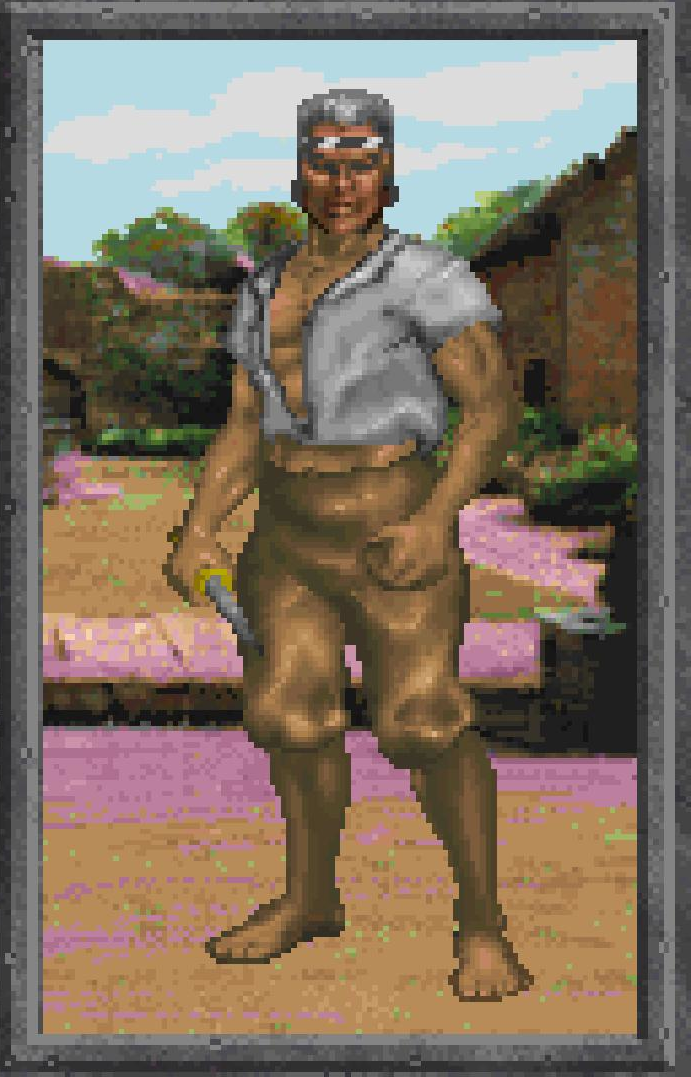 
Trekker acquired several thousand gold through mysterious means and casually jogged to Gondastyr's Quality General Store to buy a horse and Landmark Journal.
Trekker then rode to the northeast corner of the city and marked the location.
He then began galloping toward the southwest corner, adroitly avoiding buildings and other obstacles along the way.

The total time for the trip was about 17 minutes (game time), losing about 3 fatigue.
The total distance covered was 883 meters (as the crow flies).

Trekker then used the Landmark Journal to return to the opposite corner.
The total time using fast-travel was 44 minutes, losing about 9 fatigue.
(Fast-travel might be a misnomer in this case, maybe 'Convenient-Travel')

The main problem is that I'm computing speed poorly.
Another thing I noticed is that the modifier for streetwise skill was always zero because I was using integer math instead of floating point math.
The Landmark Journal code was copied from my first mod, Delver Compass, that I wrote a year and a half ago and
apparently has some issues that need fixing.

In addition, the streetwise modifier is computed using a simple linear formula, which in hindsight doesn't seem like a good idea.