A curated forum for compatible and maintained mods. Users are unable to create new topics in this forum but can reply to existing topics. Please message a moderator to have your mod moved into this forum area.
Post Reply
2 posts • Page 1 of 1


Feel free to leave any suggestions and such, I'm very open to anything, and hopefully you find this addition enjoyable or enhances your Daggerfall Unity experience in some way.

Reconsile: For being that one who requested a mod remove the swapping delay between hands, the initial motivation to make this mod.

JackyCrew: For being the creator of the original mod "No Equip Delay".

Hazelnut: For having a good example of a Preset implementation in their "Roleplay Realism" mod that I used as a template for the presets included in this mod.
Top 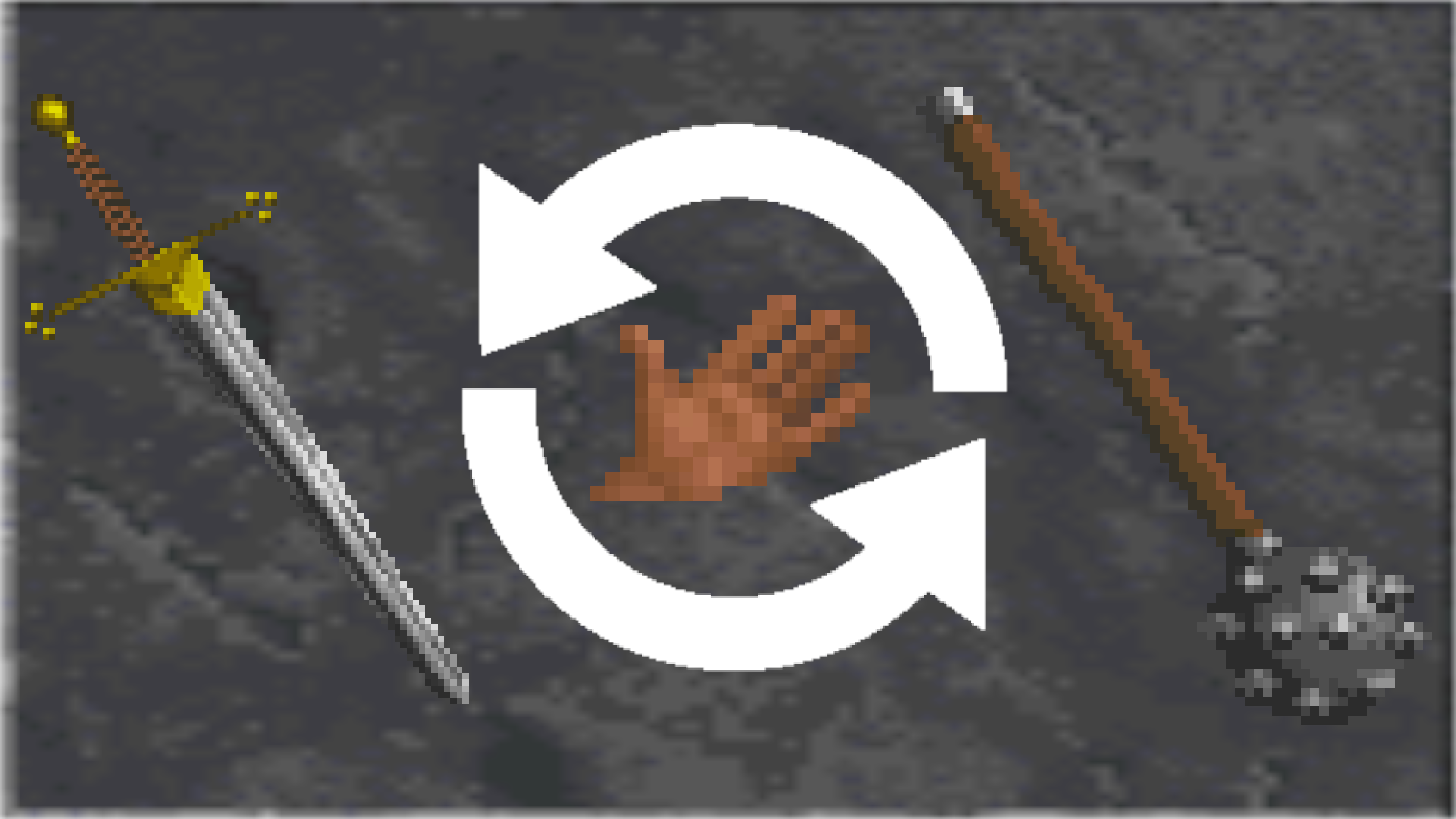 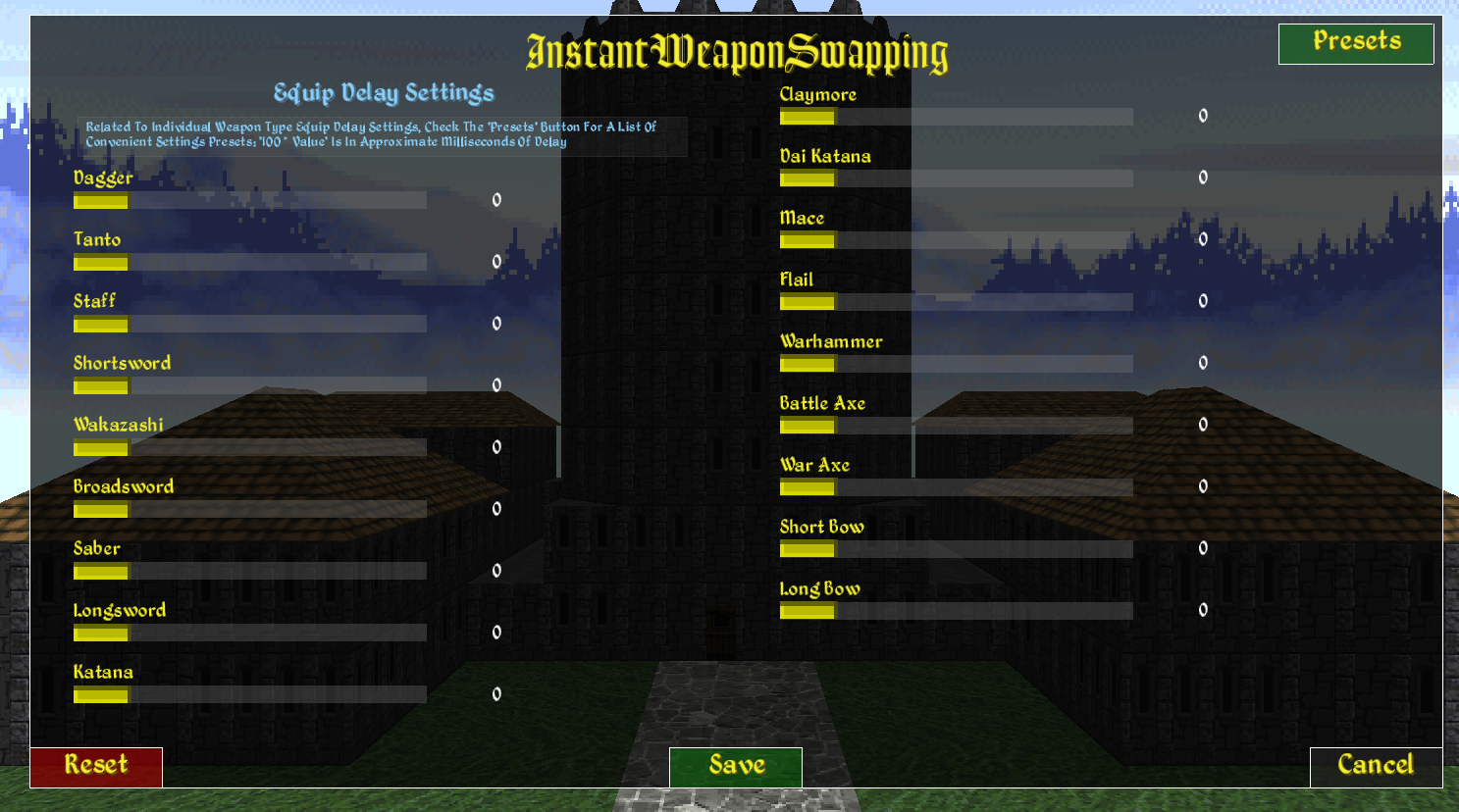