Post here if you need help getting started with Daggerfall Unity or just want to clarify a potential bug. Questions about playing or modding classic Daggerfall should be posted to Community.
Post Reply
3 posts • Page 1 of 1

I discovered, after running several quests in a row for the mages guild in Daggerfall, that the quest npc's name was duplicating in the conversation window: 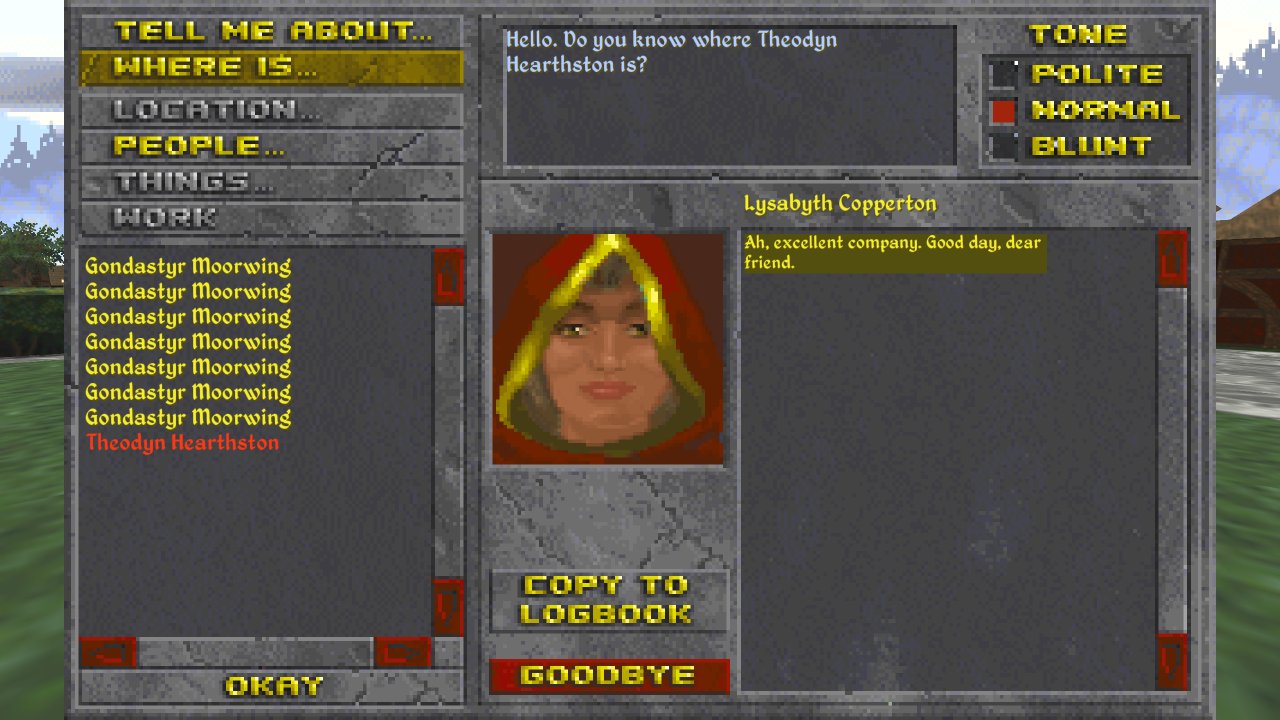 I have the new quest selection window enabled, should that matter.

Thanks guys, DFU is quite impressive already.
Top

Re: 0.10.7 Duplicate person entries for quest givers in conversation dialog

Welcome to the forums.

Re: 0.10.7 Duplicate person entries for quest givers in conversation dialog

Doh, of course the bug tracker is on github. Thanks man.
Top
Post Reply
3 posts • Page 1 of 1