Bug topics that have been resolved.
Locked
9 posts • Page 1 of 1

Now, I know I've posted this before, a long time ago, but I think it might be good to mention it in the new bug forum. So, there's a certain wall in DFU that has its texture repeated several times over the length of the wall.

Here is an image of the winter variant of the wall in vanilla Daggerfall: 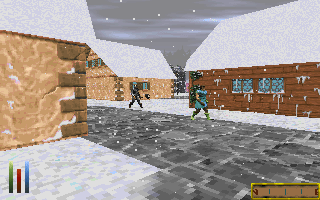 And here is the same building in the same winter variant in DFU: 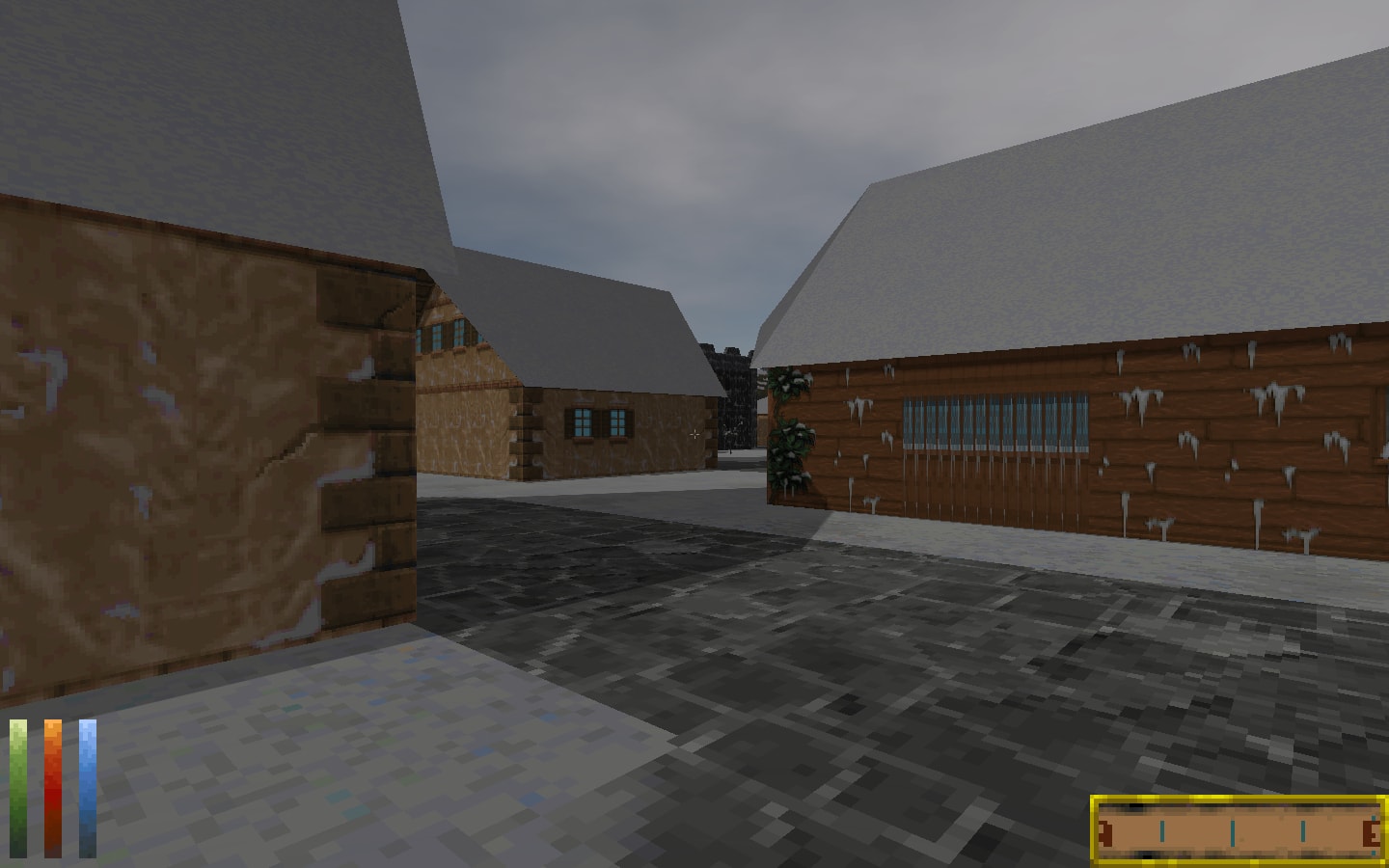 Note that this is not the same issue as seen here:

which is a problem in vanilla Daggerfall.

Edit: Had to remove spoilers, they always bug out when I try to use them here.
Top

Thanks for posting kingOfWyrms. This is a known issue in the texture parser, one I've been meaning to get to for a while. I'm happy for this bug report to be here.

And as you pointed out, sometimes different texture bugs are present in vanilla Daggerfall as well due to bad data. The general rule of thumb is:

Could I please ask for anyone who encounters the repeated texture bug, as exampled by the squashed windows in OP, please create a save-game in front of the bugged texture and email to me.

I'm going to patch these at load time on a case-by-case basis until I see what they have in common. I can then look for a global fix.

I found a wall with wrongly stretched textures in Scourg Barrow. I'm attaching a save file for Daggerfall Unity.

I don't recall seeing the texture issues in the screenshots above lately, and didn't find any when running around in the city of Daggerfall during snow. Any definite locations we can check to make sure this is still an issue?
Top

While checking the The %rt's Arsenal bug again, I noticed that this "repeated texture" bug exists near the main entrance: 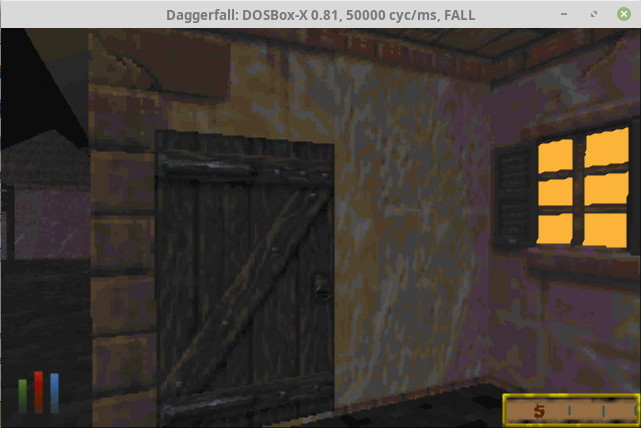 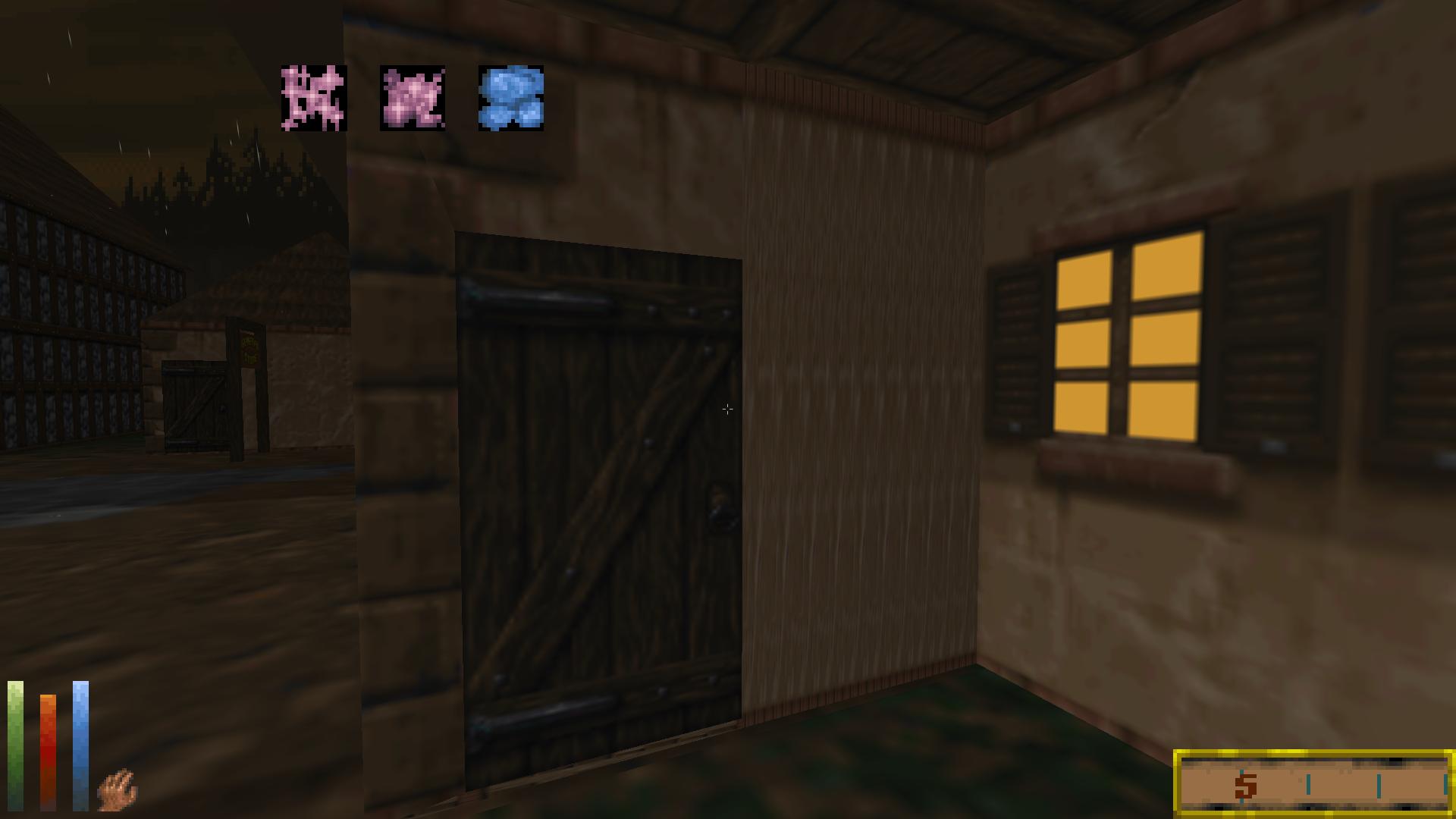 I submitted a PR which hopefully fixes the aforementioned texture issues as well as others mentioned here: viewtopic.php?f=28&t=1588.
Top

Ferital wrote: ↑
Fri Mar 08, 2019 3:35 pm
I submitted a PR which hopefully fixes the aforementioned texture issues as well as others mentioned here: viewtopic.php?f=28&t=1588.

Interestingly, with your PR the Coun't Arsenal texture still looks a bit wrong, check the size of the bricks on top of the wall, they look 2x compressed: 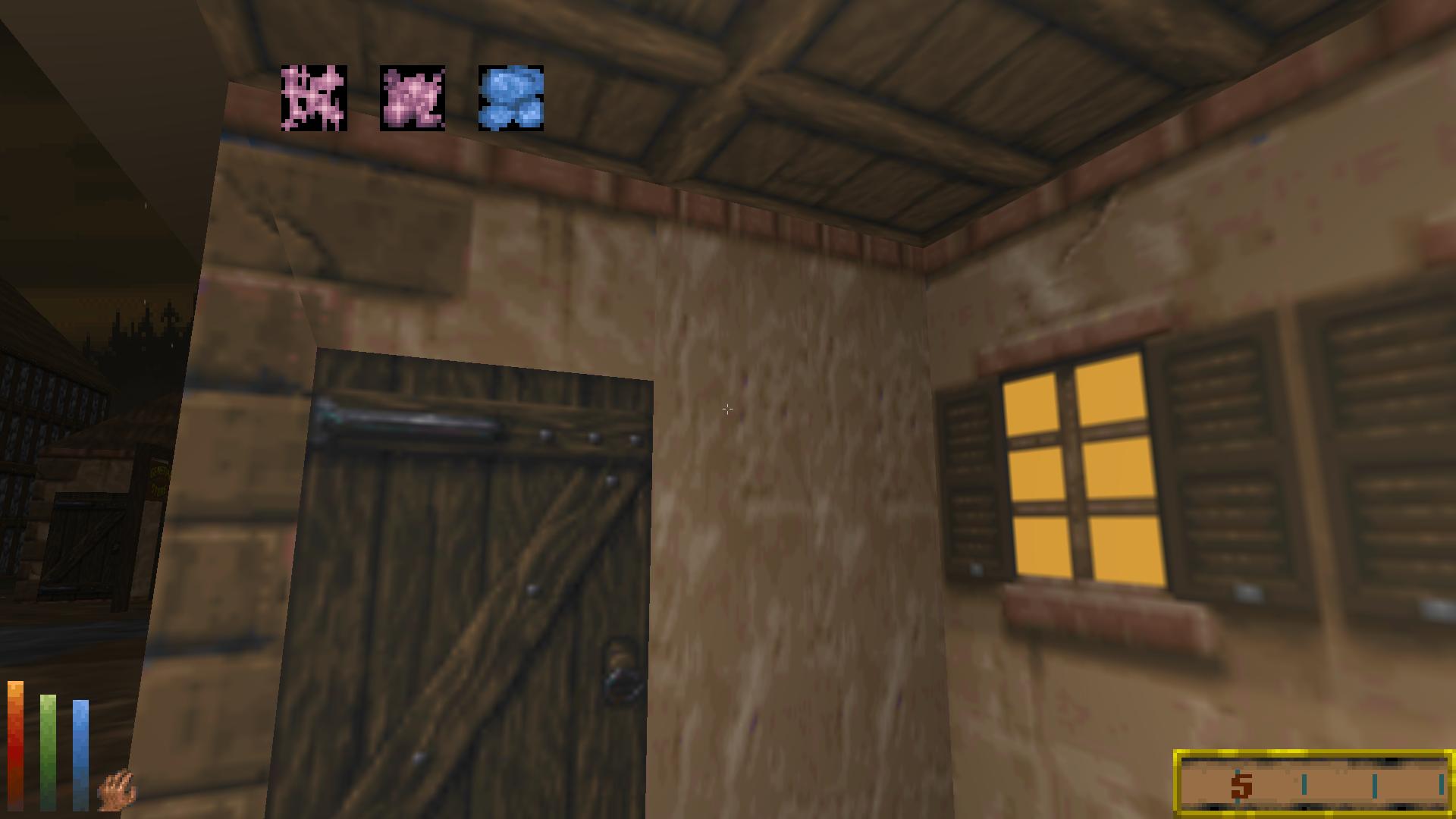 ... except that's exactly how it looks in classic Daggerfall!
So below the decoding issue there was a gamedata related issue
When a measure becomes a target, it ceases to be a good measure.
-- Charles Goodhart
Top

Yes I saw that too. And indeed this is a flaw from classic game files. After the decoding, one of the UV coordinate shoud have been -1024, but as it was wrongly encoded, it ended being -2048 (or was it the opposite? I can't remember exactly but I spent too many hours on this one...)

As there are many UV coordinates bugs like that in classic, maybe we should keep a list of the wrong planes in order to patch them directly in the DFU code.
Top
Locked
9 posts • Page 1 of 1