Raised by a user on Twitter. This looks like a typo, but it's actually an issue with line wrapping in string table and preceding space being trimmed. This space is present in classic source data.

I've noticed Unity's localization can trim spaces at start of a line, but this could also be an issue with how DFU imports text. I'll review this as a localization issue first but might push a small patch in the meantime.

I'll park this here to fix later after the upcoming freeze. 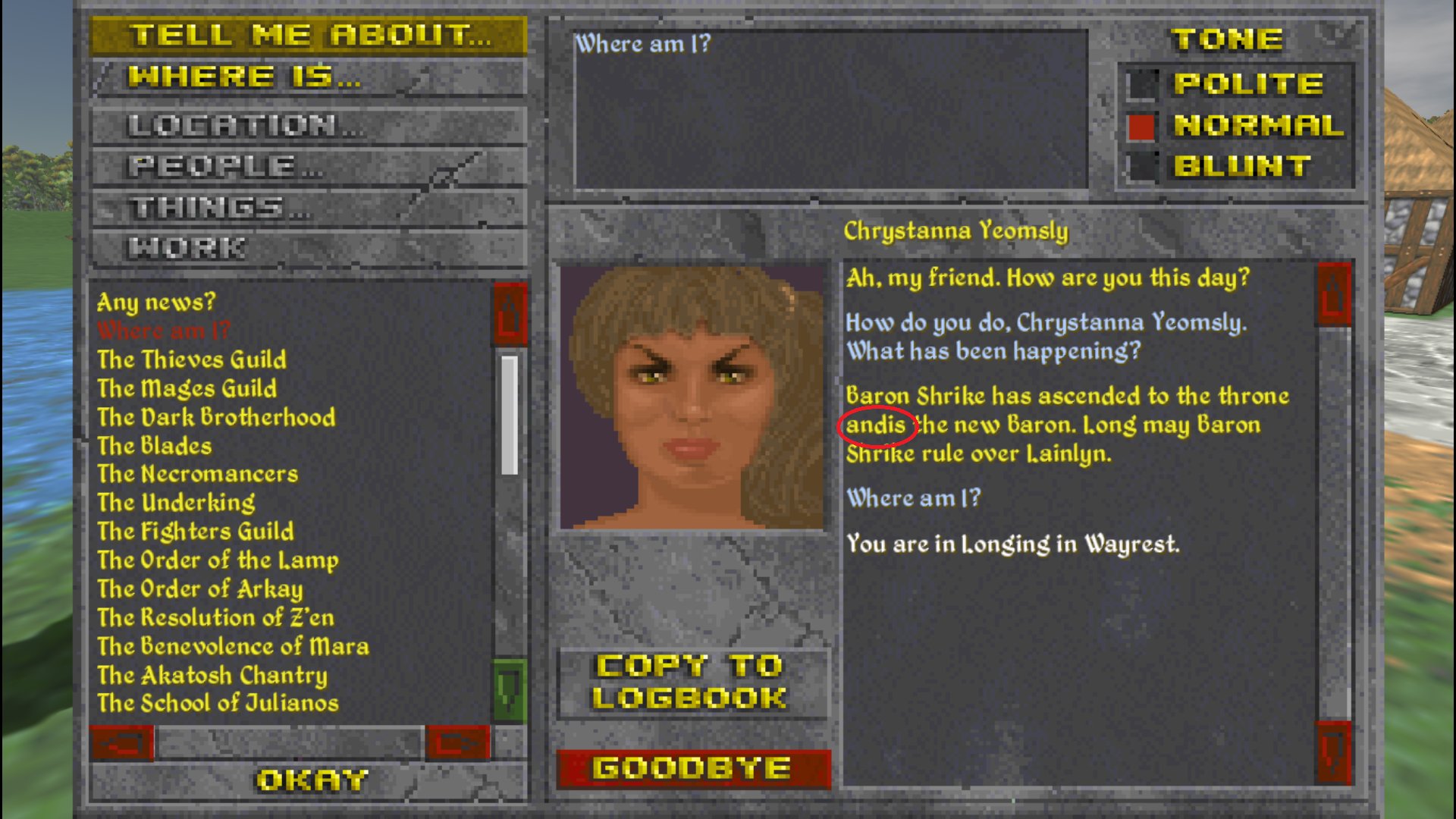 I should have raised this one earlier, as I noticed it months ago. I tried to fix it at that time but it was most probably located in a part of DFU code I'm not familiar with.

According to your screenshot, there is another but unrelated issue, as Lainlyn should be excluded from the ruler change rumor. Could you provide the save you used to get this one, so I can take a look at the issue?
Top

User didn't provide a save, just the screenshot on Twitter.